Been watching this whole thing shake out and I have 3 thoughts.
1) if this is true, a lot of harm comes from people who upon being in relationship with a candidate that doesn't fit, blame it on diversity being a priority. This happens in tech, Hollywood, finance, and yet...

2) If it isn't true, a lot of harm comes from folks trying to explain something about D&I that gets boiled down to absurdity.

Looks like it falls squarely between points 2 and 3. Thank @mekkaokereke, myth dispelling, especially in a time of rampant white supremacy is important. Sorry you had to spend time on this and thank you for recognizing how dangerous these things are.

Here is the thing this guy doesn't get, this kind of myth making is actually dangerous for people of color. My team has had ICE called on it, we have gotten cyber attacks, I've gotten death threats - because white supremacists believe what is ultimately an unverified truth. 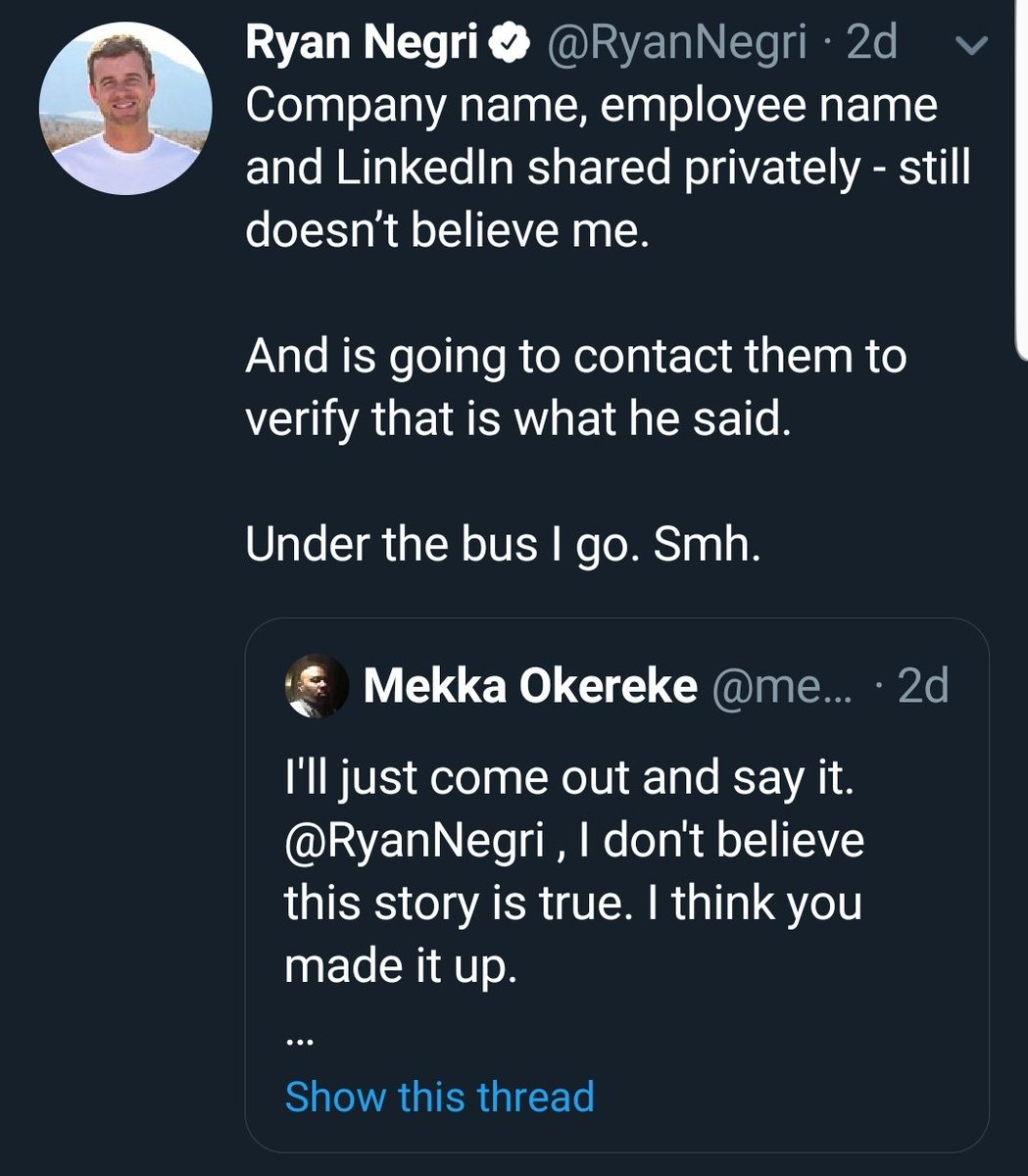 I'm not tagging him purposely cause at this point, the lesson isn't for him snitch taggers. It's a broader lesson for folks in learning.

And because @bryce is an actual ally with actual poc in his social/professional network he could see the danger (before anyone had to explain it to him - I'm assuming). He moved to remove someone who had done something dangerous to people of color from a group he leads. 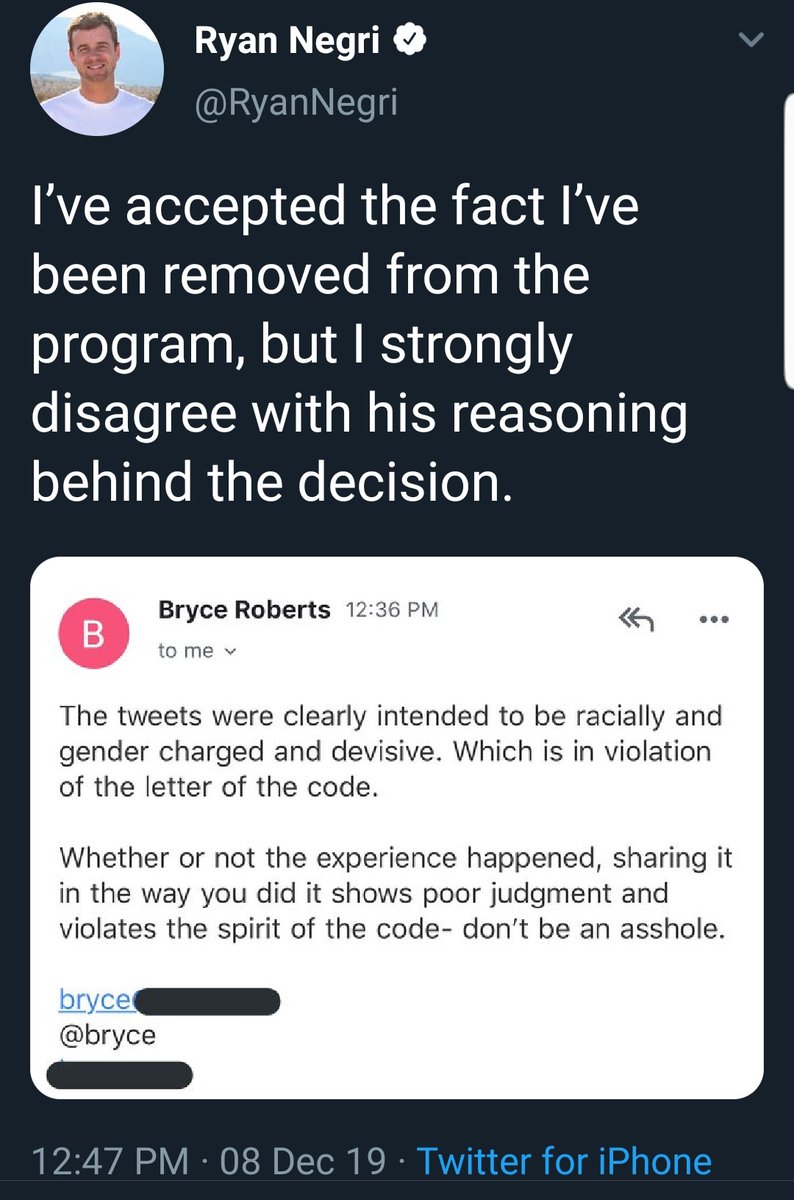 Which is also important to see. Because what Ryan here ascribes to people turning/snitching on him is actually @mekkaokereke being dedicated to his community and their safety and @bryce being committed to the safety of a community he has built.

All of which could have been prevented btw, had his first step been @mekkaokereke first step. But protecting the tenuous position of people of color in an industry that constantly mistreats them was not his priority.

And if it was that quick for @mekkaokereke to do the work - you get back to the original intention of the tweet. What are you trying to do here if not to irresponsibly sew the seeds of discord and divide and conquer?

I mean, it's wild because fight/flight/freeze will do that to you. But he still can't pull out of limited amygdala use to see and understand that he chose fight and who he chose fight against.

When I talk about power being access to money, information, decision making rights and reach of ideas - this is what I mean about the internet changing access to and unbundling all of this and freaking people out.

In a different world, Ryan says this to a smaller world of people and they believe him because they both have no people of color in their network and no reason for it to sound as implausible as it sounds to many of us.

The few people of color that might here it have no access to information or reach of ideas to clear it up.

It perpetuates this line of thinking and effectively endangers and locks people of color out of opportunity.

Which btw, it still does cause there are folks who say this kinda stuff all the time with impunity. But in this world, @mekkaokereke hears it and has access to information/reach and it allows for him to dispel the myth off top.

Now imagine Ryan having massive amounts of money and being able to buy this myth into the conciousness of people and you start to see why being able to use money for targeted reach of racism is so dangerous.