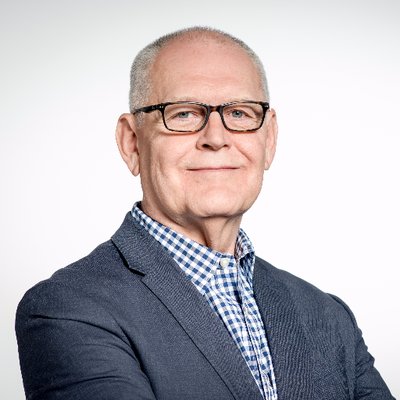 BREAKING: As a former corporate exec who worked with McKinsey, I may be able to shed light on one of @petebuttigieg’s unnamed McKinsey clients, and why it’s very significant in this campaign.
(Note: I have not endorsed anyone in this race, nor do I intend to) 1/13

When I was a health insurance exec, my CFO had McKinsey on retainer. Every year or so, especially when one division or another wasn't making enough profit, McKinsey would be brought in to "assess" current operations. (2/13)

Those of us who knew about McKinsey’s involvement at our insurance corporation knew it would lead to “cost cutting.” That’s consultant talk for laying off workers, offshoring, and hiking rates. The McKinsey efforts would have code names because it had to be kept secret. (3/13)

Now what does this have to do with @petebuttigieg? In his description of his McKinsey work, he says he worked in Michigan at a “health insurance provider... performing analytical work... identifying savings in administration and overhead costs.” 4/13
https://medium.com/the-moment-by-pete-for-america/my-time-at-mckinsey-466f058e9401 …

To an old health insurance exec, those are code words that translate roughly to cutting costs through layoffs, restructuring, and potentially denying health coverage to those in need. 5/13

Important: You’ll notice @petebuttigieg describes his McKinsey insurance client as “a nonprofit” insurer. So that means it was a different kind of company, right? No. “Nonprofit” insurers behave just like “for-profits.” In fact, you might not be able to tell them apart (6/13)

Blue Cross Blue Shield of Michigan is a “non-profit” health insurer, that fits the description of the @petebuttigieg client. Its financials in 2007 were not great, which is when execs call in firms like McKinsey to come up with tactics to right the ship. 7/13

Based on this article below, BCBS laid off hundreds of people and increased premiums dramatically not long after. Those premium increases likely led to a lot of people losing their insurance. (8/13)
https://www.crainsdetroit.com/article/20090118/SUB01/901190322/blue-cross-seeks-double-digit-rate-hikes-layoffs …

If indeed the @petebuttigieg client was Blue Cross, this report by the Attorney General of Michigan in 2007 has a lot to offer. The title: “Profits over People: The Drive to Privatize and Destroy the Social Mission of Blue Cross and Blue Shield” (9/13)
https://www.michigan.gov/documents/ag/Blue_Cross_11.29.07_217273_7.pdf …

If it wasn’t Blue Cross, it would have to be another big insurer to be able to afford McKinsey. They don’t come cheap. As I recall, my company paid them a monthly retainer of $50K. And paid more for big special projects with code names. (10/13)

Why is this relevant to 2020? I’ll leave analysis of @petebuttigieg’s transparency, or his potential role in rate hikes and layoffs, to political experts. What I can speak to is how this experience might lead him to defend and protect health insurance companies now. (11/13)

Pete is fighting to preserve the role & profits of health insurance companies, spending huge sums on ads slamming plans to rein them in. I'll be watching to see if my former insurance colleagues send him big campaign checks. He’s probably one of their favorite candidates (12/13)

As I know firsthand, insurers intentionally deny coverage to Americans, to hoard their profits. The result is people dying and millions in medical bankruptcy. Pete’s plan protects and preserves this very system. Now we may know why. (13/13)