At the White House today for a summit on paid leave and child care.

The President is expected to give remarks, along with his daughter, Advisor to the President Ivanka Trump. 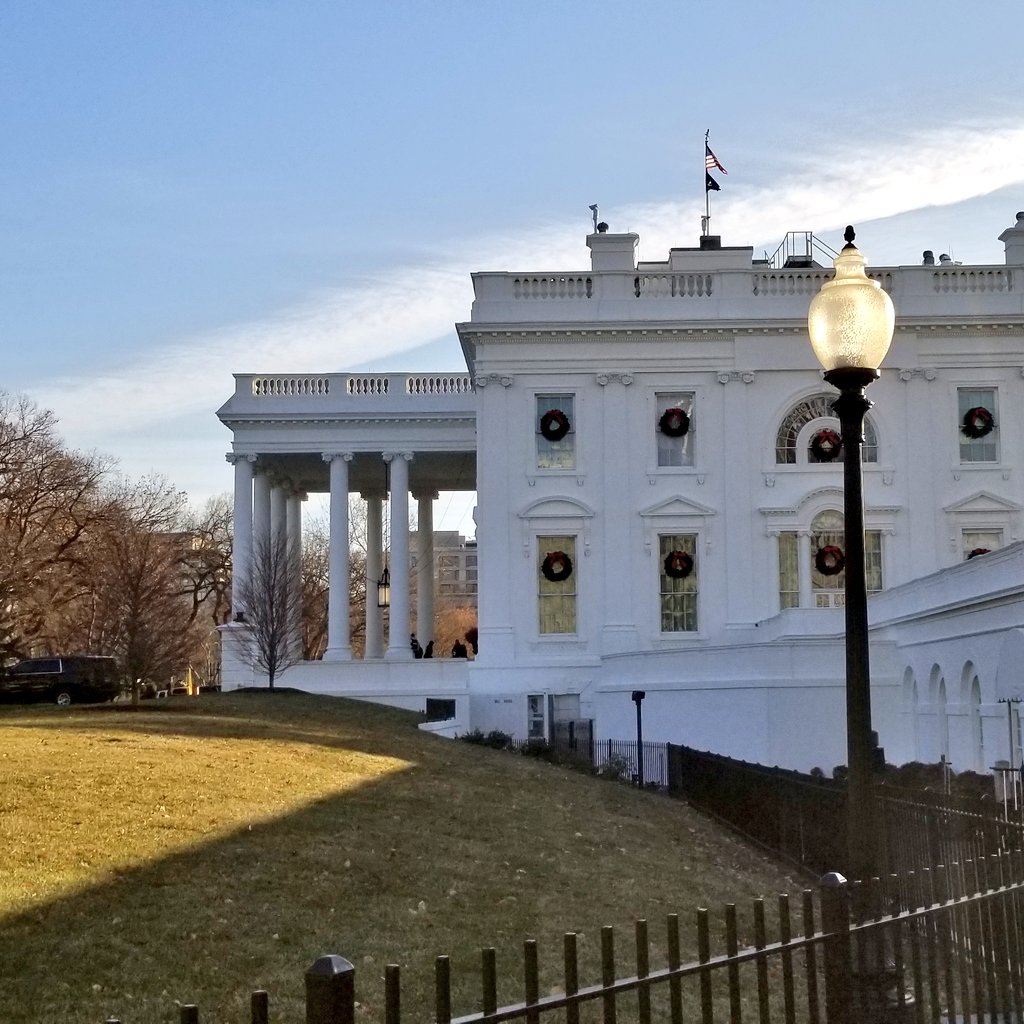 There will be a series of panels with governors, lawmakers and business leaders.

"We have come here today because we have a historic chance of passing paid leave and child care reform." 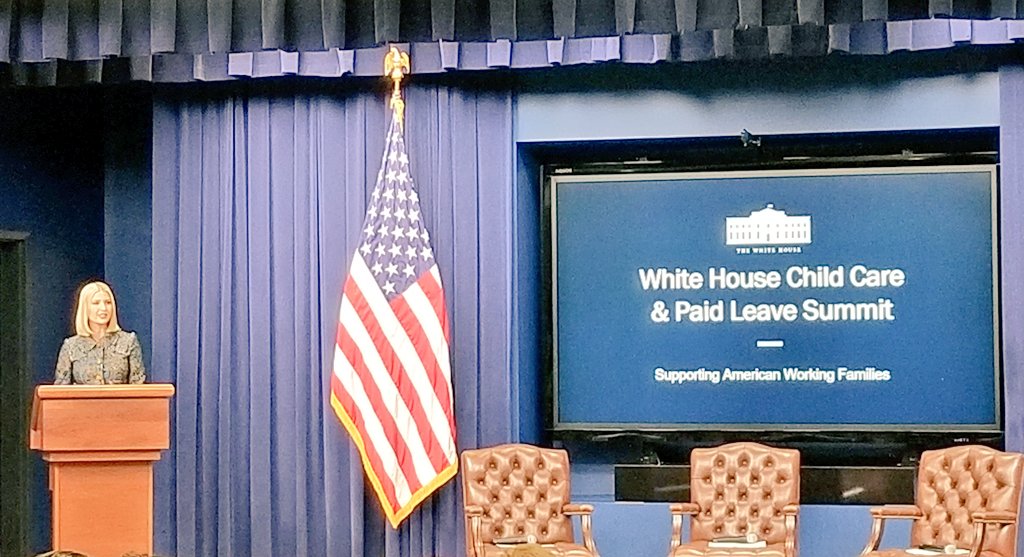 .@ivankatrump makes the point that this affects everyone: "Lack of child care and paid leave is a family problem. It's not a woman's problem."

She applauds the passage of the NDAA, giving paid parental leave to government employees, "after three years of relentless advocacy."

The first panel will look at state-level solutions for paid leave and child care. 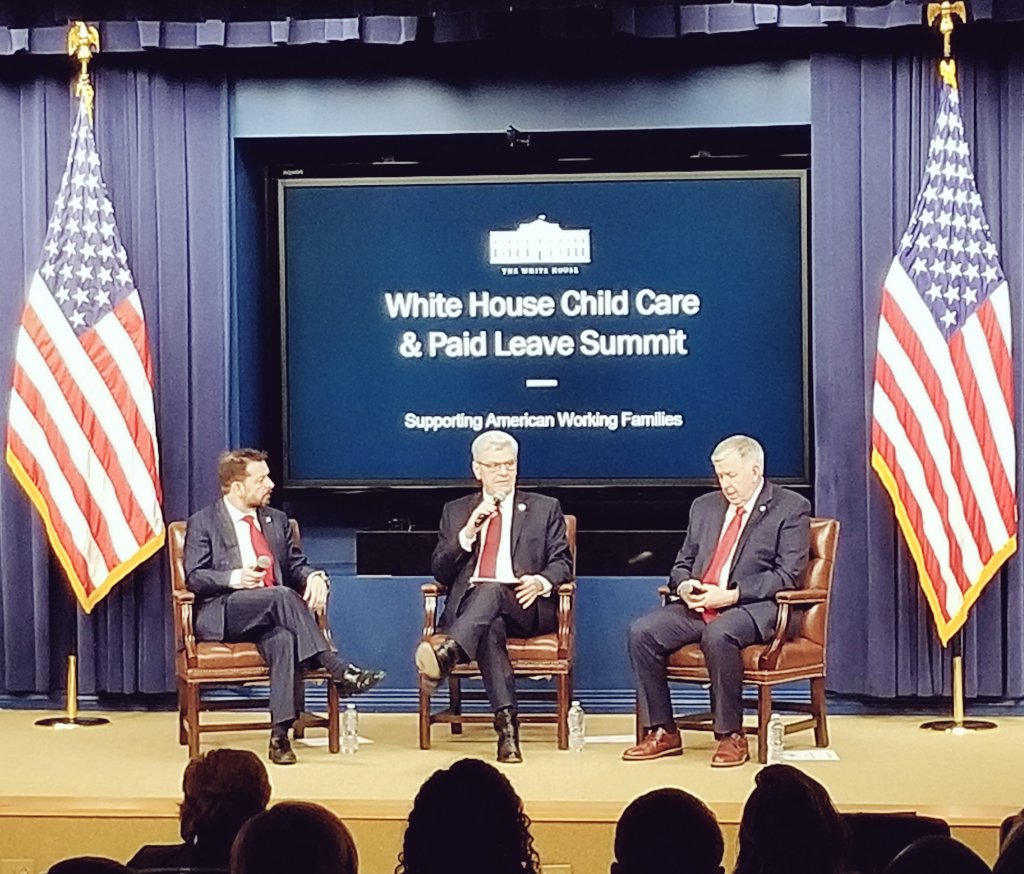 .@mikeparson talks about his experience with his wife, who worked in banking.

He said she was repeatedly passed up by younger men for promotion to the president-level largely because she was a mom.

"Everybody should have the same opportunities whether you're a man or woman."

The second panel focuses on solutions in the Senate.

You can learn more about the CRADLE Act in our interview with @SenMikeLee (starts at 1:43).
https://cheddar.com/videos/sen-mike-lee-r-ut-talks-green-new-deal-mueller-probe-and-cradle-act …

.@SenBillCassidy is laying out the benefits of breastfeeding.

@marcorubio jumps in: "I've got one more benefit. You save a lot of money! That formula's expensive."

His mic was on the fritz and he said "it's Huawei!"

Off topic, but Senator Rubio has been a leading voice on restricting the Chinese telecom giant.

The Senators are giving closing remarks as this panel wraps up.

@BillCassidy makes the case that paid leave and child care policies will benefit Americans for generations.

.@marcorubio points to the rapid Republican evolution on this issue: "if you did this two years ago, you wouldn't have one Republican. Today, you have six."

He urges solutions that are bipartisan but credits the President and @IvankaTrump for leading on this issue.

.@MarthaMcSally says "I hope this gives you hope," and goes on to say that Washington isn't always bureaucratic and divided. She thinks paid leave policies and child care reform can be one of these issues.

A note on the Senate panel. All of the Senators in attendance are Republicans.

But, @SenMcSallyAZ praised her fellow Arizonan, @SenatorSinema who was invited today, but had a conflict. Senators Sinema and Cassidy have introduced a separate paid leave bill in the Senate.

It's time for the House panel. The bipartisan group of lawmakers will discuss additional solutions. 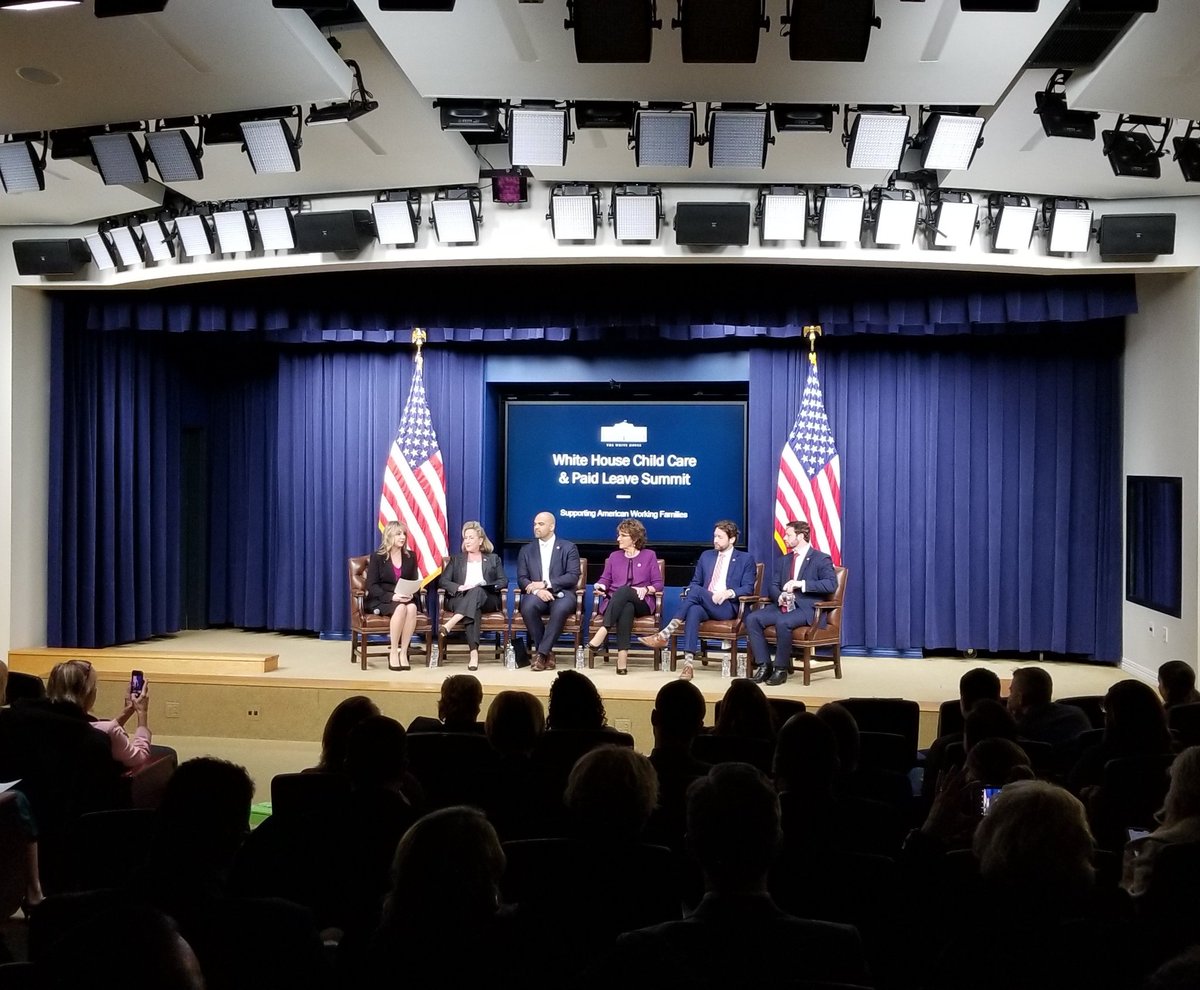 .@JoeCunninghamSC shares his personal experience with paid leave. When his son Boone was born two years ago, he went back to work the following Monday.

He says he regrets not fighting for more time off now and being home with his new child and his wife.

When asked why he supports paid leave, @DanCrenshawTX answers simply: "for the future of our civilization."

This isn't actually an answer we hear often in this space but it's also incredibly important.

.@ColinAllredTX is the newest parent on the stage. Case in point: he was up from 1am to 3am last night with his infant son, Jordan.

"We don't have a leave policy in Congress. So I gave myself two weeks off. But it wasn't really off. It was changing diapers."

.@RepAnnWagner on the financial impacts of paid versus unpaid leave: "childbearing age is young!"

The point being that you don't have the wealth/financial stability when you're having children that you do later in life.

Rep. Wagner is the House sponser of the New Parents Act.

.@jackiewalorski says this is the most passionate group she's worked with and "in government, this is the fastest something has turned around."

Walorski also mentions the needs to support single mothers, something various panelists have brought up today.

.@DanCrenshawTX reiterates his support of the New Parents Act (which he co-sponsors with @RepAnnWagner).

The bill would allow workers to take social security benefits for parental leave that they will have multiple options to pay back.

He advocates the need for flexibility.

.@jackiewalorski says the government needs to invest in families to continue the momentum in the current economy. The economy will be and stay strong when we support workers. That includes leave policies.