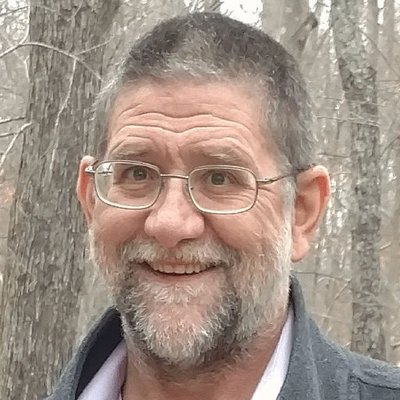 "If all you have is a hammer, all you will see is a nail."

This is a pretty well-known saying, and it's also an introduction to the ideas of frame, worldview, and culture.

(The saying is usually attributed to Abraham Maslow, so often it's sometimes called Maslow's Hammer. As far as we can make out, though, he never said it in quite that many words.)

But wait, why even talk about this? I mean, what does this have to do with my main stuff, which is changing changing software? Better at least mention that, yeah?

Nearly all significant change in human behaviors, individual or group, depends on three things: a new technique, a new mindset, and a path that can reach both. The geek trades generally overvalue the technique, undervalue the mindset, and ignore the path altogether.

If we're to change the trajectory of the trade, we need to attend to mindset and path both. A rough understanding of the ideas of frame, worldview, and culture will be very useful in that endeavor. That begins with the meaning(s) of that well-known aphorism.

When we have a problem, we come up with a solution using our tools. That's about as dictionary-straightforward as one can possibly be.

The tools shape the solution that we come up with.

But that is *not* what that saying means.

"If all you have is a hammer, all you will see is a nail" is a statement about *problems*. It says the tool shapes not just what solution we come up with, but how we experience the problem itself. The important word in there isn't "hammer" and it isn't "nail", it's "see".

The tool becomes, in effect, a kind of filter on the toolholder's experience. It alters the experience of the person holding it. It heightens the focus on some parts of a situation, and diminishes the focus on others.

We can say the tool "distorts" the experience, but be careful. "Distort" has negative connotations, and we don't want to import these. The way the tool alters our experience may be useful to us or not, so we want to stay value-neutral if we say "distort".

When we think, we use a variety of tools. The most important ones are our past experiences and, if you will, the abstract crystallized essences we've gathered along the way. We have a lot of words for pieces of this: metaphor, concept, intuition, idea, model, logic.

And Evidently-Not-Maslow's-Hammer tells us that those tools affect not just how we solve our problems, but how we even experience them in the first place.

The tools we use most commonly are the ones based most deeply in our experience. They usually involve our direct experiences in the physical world. Things like moving, or building, throwing, or running, hearing, giving and getting, there are a lot of them.

Cognitive scientists have a name for these little abstract crystallized essences. They call them "frames". And they've identified quite a few of them. They give them little shorthand names, like the More frame, or the Build frame.

Humans use a lot of frames. And they combine them into larger things, too. And the frames shape -- sometimes dramatically -- everything they do consciously.

The set of frames a person has within them, whether they're currently in use or not, forms their "weltanschauung". That's a German word, awkward and distant, dating from the 19th century. I'm using it here on purpose. I want it seem foreign to you before we switch to English.

Say it with me:

Okay, that's enough. The literal English translation is "worldview". But I hope you let it jar you a little.

How does a thinker -- given an experience -- choose which tool she'll use to frame that experience? Welllllllllll, that's her weltanschauung, her worldview, in action.

In the physical world, the choices between frames seems pretty obvious. That's, after all, why so many of us share those frames. It's Move, or it's Build, or it's More. In the sociotechnical world, it's not nearly as obvious.

Once we get away from the physical, we also get a greater variety of possible uses of frames. The frames get distant from their referents. We can combine them, too. The further we go, the further we are from the obvious usages of any one frame or frame-cluster.

(That's too simple, you'll have to lean in to me a little and forgive.)

So now we got four things. Experiences (and biology) make frames. Frames (and meta-frames) make worldviews. Worldviews make cultures. That suggests a nested *causal* hierarchy, though, and I *really* need you to see that's not quite it.

Remember the circularity? Experiences make frames, maybe even new ones, but the frames you had before the experience shaped that experience itself. That same strange loopiness is present all the way through. Worldviews make culture, but culture shapes worldview, and so on.

The culture of software development is currently driven largely by combinations of just a few frames. Two, in particular, More and Build, are particularly dominant.

And it's not working terribly well. It wasn't 20 years ago when we started this movement, and it's still not.

I am proposing we change that culture.

I propose we re-frame it.

(Doing so is my hobby. This is a shift for me: it used to be my mission. Having a mission one is doomed to fail at is A Bad Thing[tm]. Having a *hobby* that will please one for a whole lifetime is A Good Thing[tm].)

I've toyed w/several shorthand names for the (meta-) frame I'd like to see gradually outweigh the More and the Build frames in our worldviews & culture. Some of those might shock and others would likely just confuse.

For the moment, let's call that frame Change-Harvesting.

I won't dive deep on Change-Harvesting for the moment.

(See my backlist and stay tuned.)

In one sentence: we change to harvest value so we can keep changing.

Before we go, I want to say something about how vague, fuzzy, abstract, how damned *meta* all this is. It bothers me sometimes, and sometimes it bothers my respondents, too.

One longs for the vodka-clarity of a simple prescriptive sentence, preferably just a few words, based in a simple direct frame from the physical world, to tell us how to change software and how to change changing software.

A sentence *might* give the method, if it's minor.

Path will be easy, if the method is minor and used enough.

But every time I try a simple prescriptive sentence, and I've been trying it, in this movement, in this trade, for 20 years pretty much non-stop, it runs dead smack in to the culture, the worldviews, and the frames.

"If all you have is a hammer, all you will see is a nail." The predominant frames are the hammer. The shape of the software trade, and particularly the agile movement, is the result of seeing only a nail, over and over again.

Before we go, a homework idea: Over the next little stretch, listen the frames going on around you.

"When we finish making this, the value will pour in." That's Build.

I'mo go get a six-pack and play Oxygen Not Included.

There's a lotta More and Build in that plan. The frames we have aren't inherently good or bad, just contextually so. If we added a few more, we might handle different contexts better.