Macro Insiders is a joint venture between @realvision @JulianMI2 from the highly regarded @MI2Partners and The Global Macro Investor. It gives retail investors institutional quality research with depth and nuance. Sometime we don't agree.. and therein lies the value.

Julian is out with a Flash Update today, selling $/MEX for a trade (as a $ proxy). Im longer term and I still like the chart of the $DXY, which looks to be forming a wedge. I remain bullish. Often, when this happens, Julian nails the short term move within my longer term view... 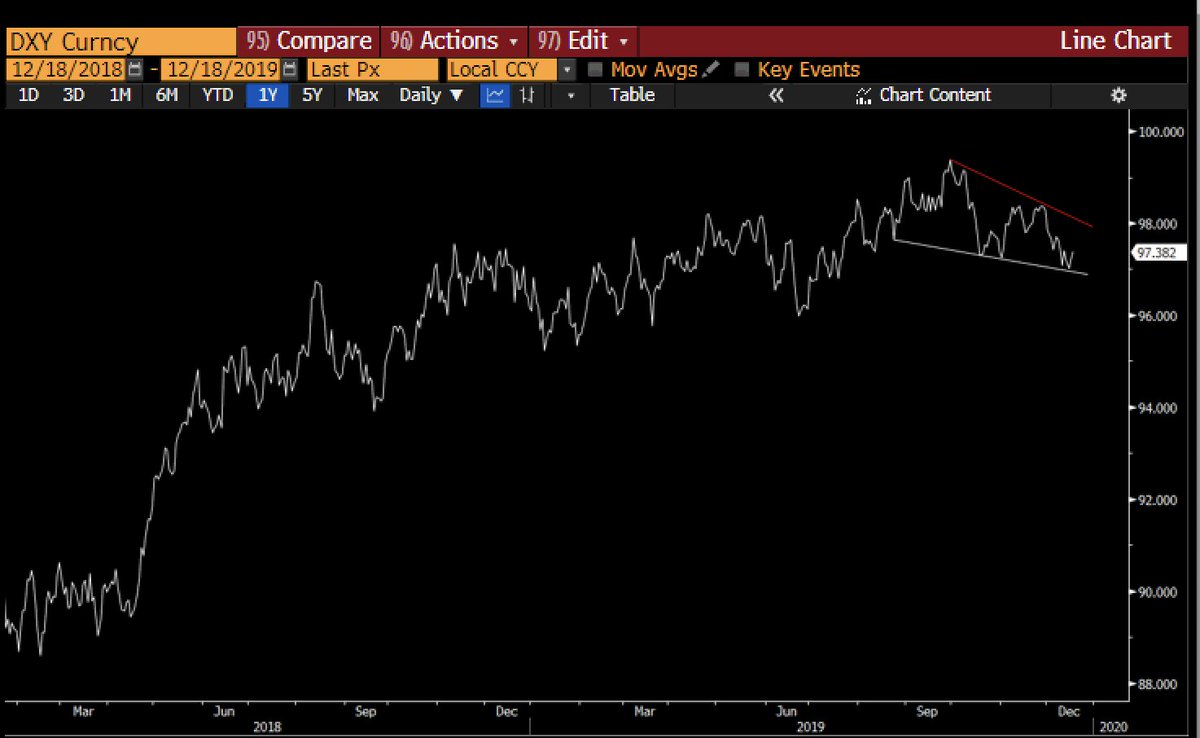 To me, when I look into the trade deal, all I see is extra Chinese demand for dollars. They don't have enough already and their internal credit system is suffering and defaults are rising. The Chinese, if they are to meet the terms of the deal, need a LOT of dollars.

That may well lead to a crowding out of other Asian nations who are short of dollars. I would not be surprised to see the $ADXY index of Asian currencies roll over again in the new year...the up move looks corrective in a longer-term perspective. 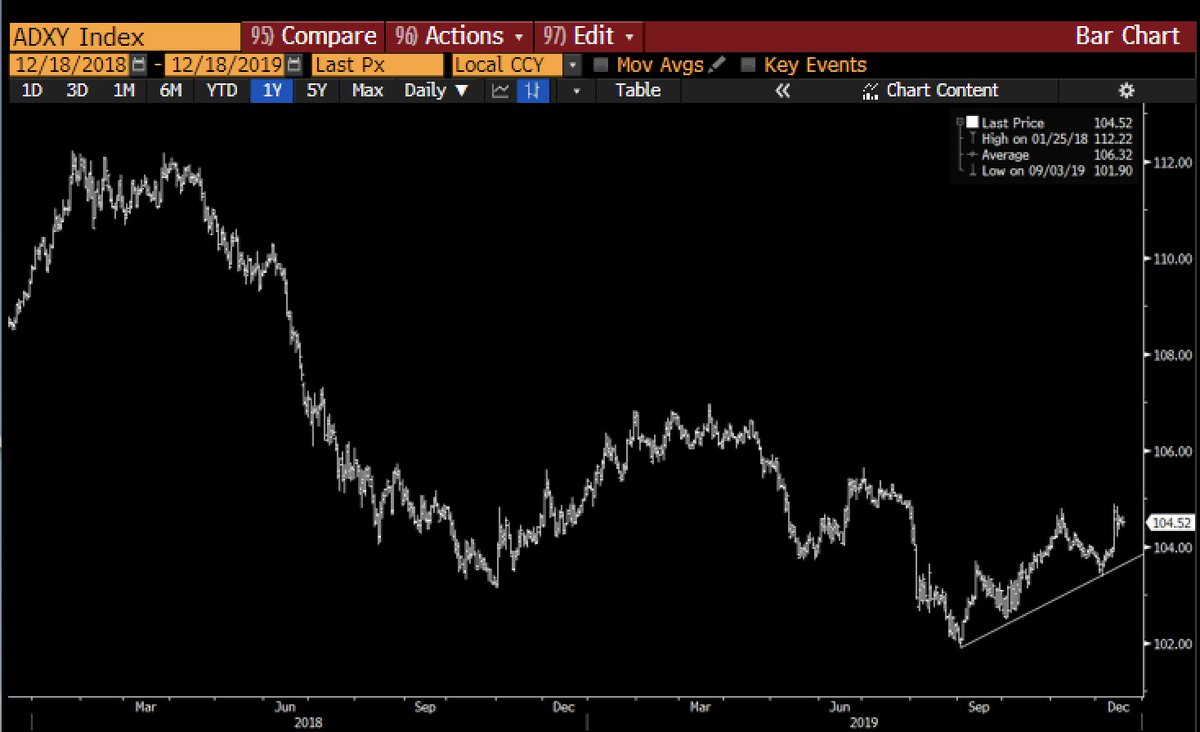 But, whatever way you want to play it, currency vol is cheap as chips...I remain long dollars but always open to my hypothesis being proven wrong in the time horizon I operate in. I think the $DXY low holds. Let's see... 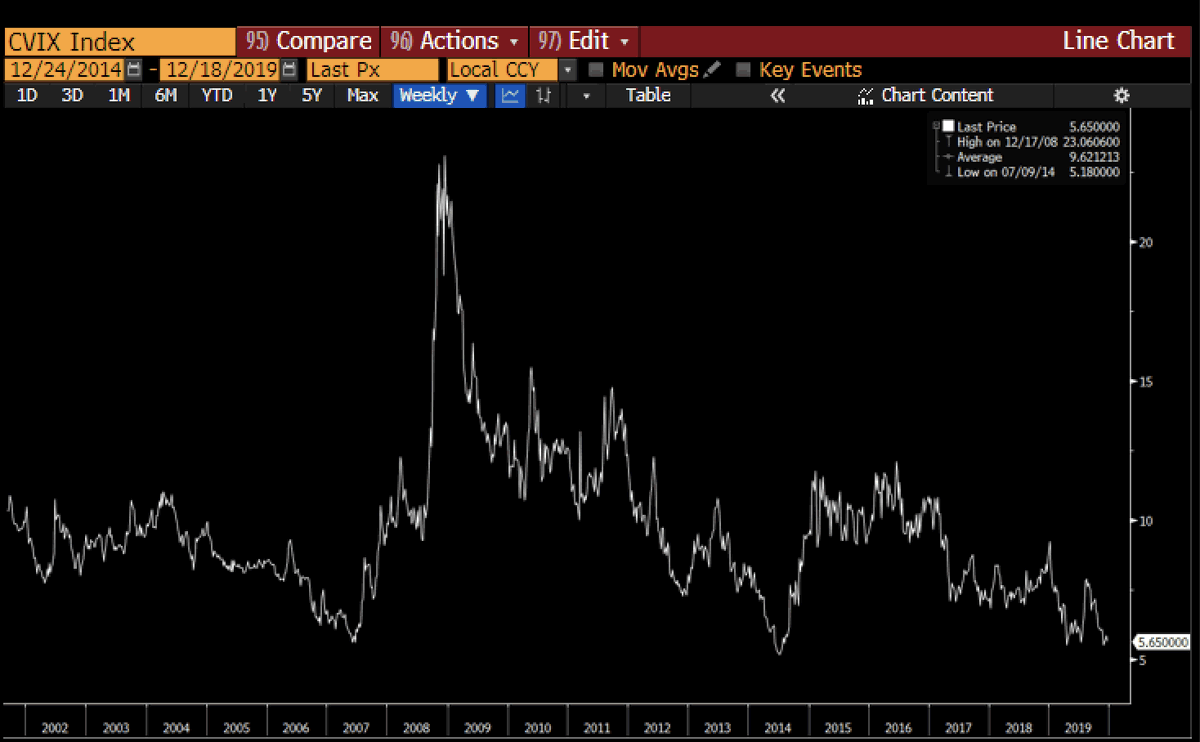