Mauricio Vidaurri and his two brothers all served in the military and worked for U.S. Customs and Border Patrol.

Now, his family's Texas property is vulnerable to the Trump administration’s plan to build 500 miles of new border wall by the end of 2020.  https://www.latimes.com/world-nation/story/2019-12-18/texas-border-patrol-family-fights-wall …

Vidaurri fears he will lose access to the river water he relies on to irrigate his fields, as well as the cemetery where is father is buried. He says it’s hard to imagine a border wall cutting off access to graves at the ranch his family has owned since 1750. 📸: Ray Whitehouse 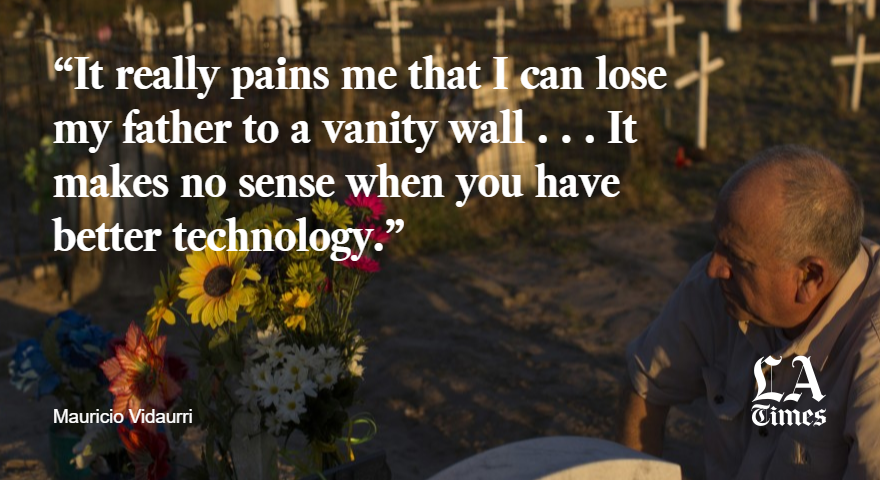 Vidaurri’s family and other landowners have already received “right of entry” letters from the federal government seeking to survey their ranch, a first step toward taking the land.  https://www.latimes.com/world-nation/story/2019-12-18/texas-border-patrol-family-fights-wall …

A registered independent, Vidaurri supports Border Patrol and has allowed agents inside the ranch to install surveillance cameras and sensors.

He would like to see more agents patrolling the area and doesn’t think a wall will deter illicit border crossings. 📸: Ray Whitehouse 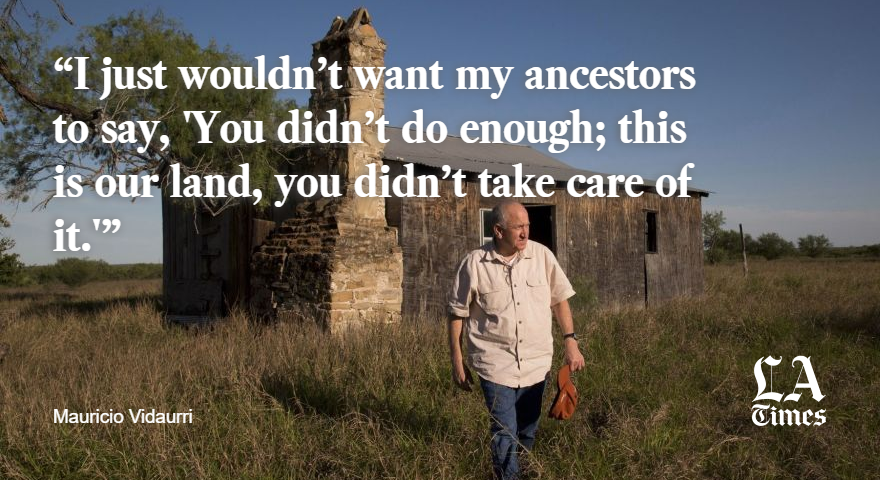 Vidaurri said he feels it’s his duty to fight the wall, just as previous generations defended the ranch against bandits, outlaws and revolutions.