Since 2012, 26 wolves have been killed after Washington officials found that members of their packs had attacked Diamond M livestock.

Environmentalists say Diamond M Ranch not only fails to take preventive steps to safeguard its herds, but in some cases brings on the bloodshed by leaving cattle near known wolf dens. 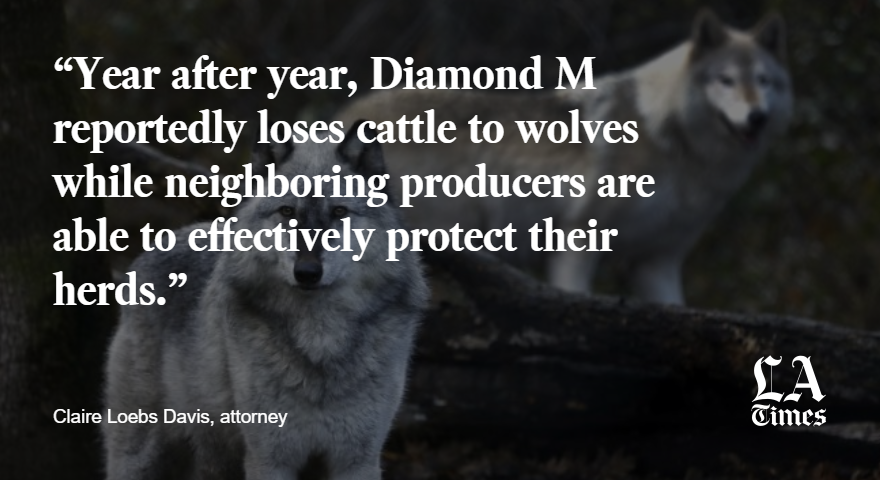 In 2012, all seven members of a wolf family were shot, most from a helicopter, after officials found that the group had preyed on Diamond M cattle. Environmentalists accuse Diamond M of keeping salt blocks near a wolf den, causing cattle to swarm around it.

Bill McIrvin, a rancher in the family that owns Diamond M, denies goading wolves to attack. He says his business has lost $1 million since 2008 from the killings of 75 to 100 cattle a year by wolves – many times the number that the state has officially confirmed. 📸: Carolyn Cole 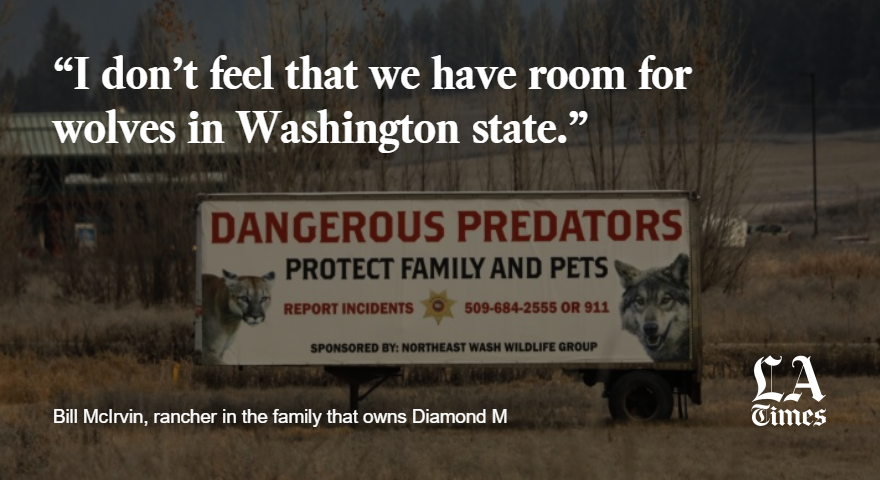 The issue highlights a clash of cultures between rural eastern Washington residents and city dwellers who cattlemen say know nothing about ranching, wildlife and predators.  https://www.latimes.com/world-nation/story/2019-12-18/endangered-wolf-killings-ranch …