Hey y’all, I’m gonna ask us to squad up here to help a man who was just released from immigration detention have a good Christmas w/ his family. My besty is a corporate lawyer who has been doing pro-bono cases for separated families at the border which is how I learned about him.

I’ve felt desperate- @ a loss for what to do about detention besides supporting the work of players trying to be David to the states’, Goliath. While we will never make this right, from time to time we can contribute to a person’s new start and am hoping you will do that with me.

So this man comes to us in May 2018 from Guatemala. He and his family received death threats multiple times, based on their ethnicity. Basically, on things, they couldn’t change about themselves.

So they come here, to us, for help. This is what we did in their hour of deepest need.

He gets to the border in the middle of the night and he is promptly separated from his 7-year old daughter. I’ll leave it to you to imagine what that feels like. This is after the order to reunite families. He spends 6 months lost in the system.

A legal aid organization finds him and they connect him with pro-bono support. This results in the promise of an asylum interview and the chance of release. But that news comes in and, instead of receiving the asylum interview he was owed, he is then deported to Guatemala.

So he is promised an interview. And then is deported in the early morning, the day after Christmas 2018, and days after surgery for a ruptured appendix. He is deported to Guatemala where he has to go into hiding for 10 months from the people who originally threatened his life.

So his new pro-bono attorneys fight with the DOJ for 10 months because NO ONE wants to make a commitment about how long he would have to be in detention again before a new asylum interview is scheduled.

So he comes back a month ago, weighing mind you, not just his own trauma - but that of his 7-year-old girl who is deeply impacted by their initial separation. She, mom, and 1-year-old baby brother have all now been released because they have a credible claim for asylum.

Now the good part. After lots of work from many hands, this man was released this morning and put on a bus to go meet up with his family. For context here, we leave people with nothing when we do this. A sponsor buys a bus ticket and they are not so much as given money for food.

Here it is a year after his deportation, 18 months after the last time he held his kid, and finally, he has been released. He is currently on a bus to them, many states away.

Y’all, this is this family’s first Christmas in the US. The first in many Christmases where they aren’t living under the threat of violence and I would like to get them some money to have an abundant joyful holiday. I figure you may want to give to them too.

So if you want to give this family $2, $20, $200 or whatever you have to give, please feel free to Venmo me @ Karla-Monterroso. I’ll make sure every last cent is delivered to them. If you write a note on Venmo, I’ll even make sure that is delivered.

There are so few times we can do anything about this. It’s just so immense. But this, this we can do. So let’s make it happen.

Hey y’all, so many of you wonderful folks are giving, looks like my @venmo is having some trouble. You can also use the @CashApp $KarlaMonterroso or @PayPal Karla [at] efozzie [dot] com

For you on this Christmas Eve. I hope that you have an amazing Christmas Eve/Noche Buena. Thank you for helping us do this. What a gift to be able to show these folks how much we do want them to find home here. 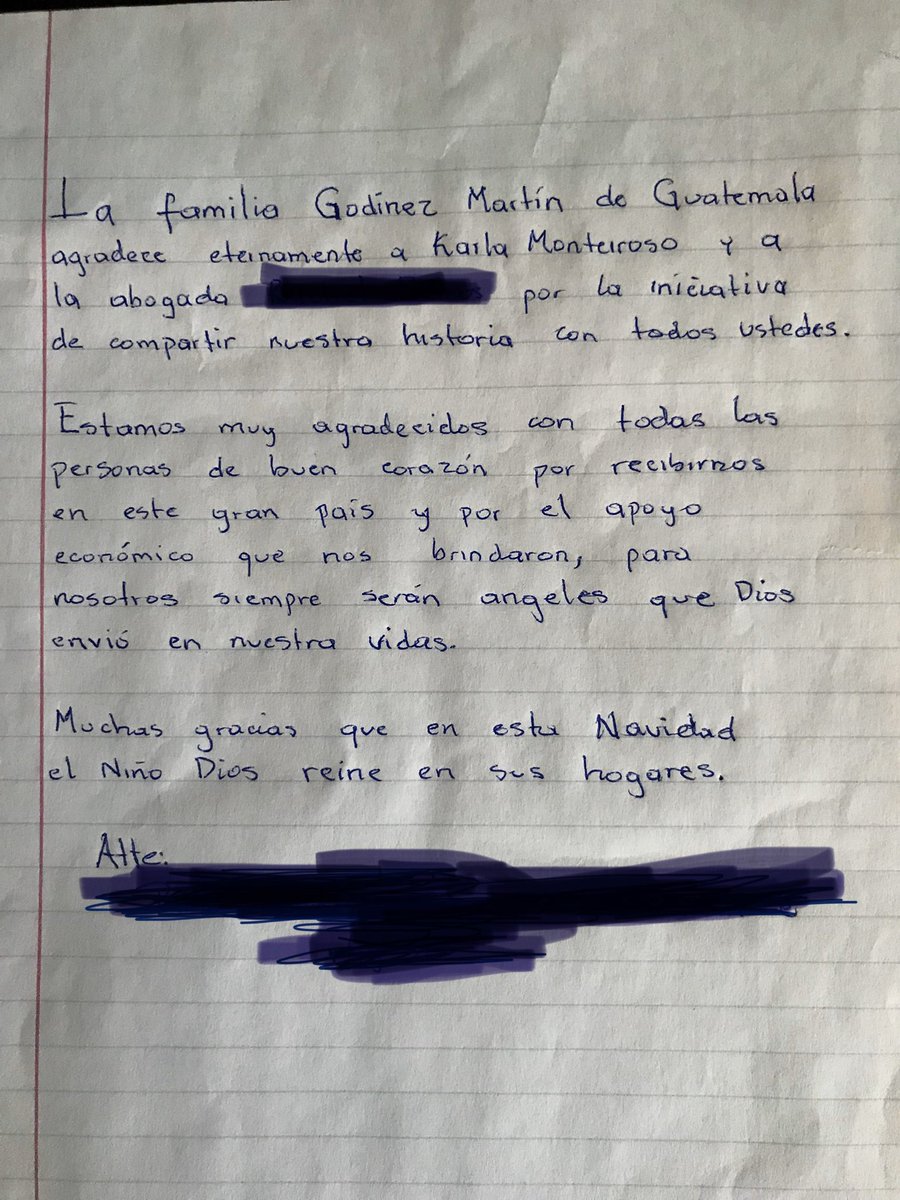 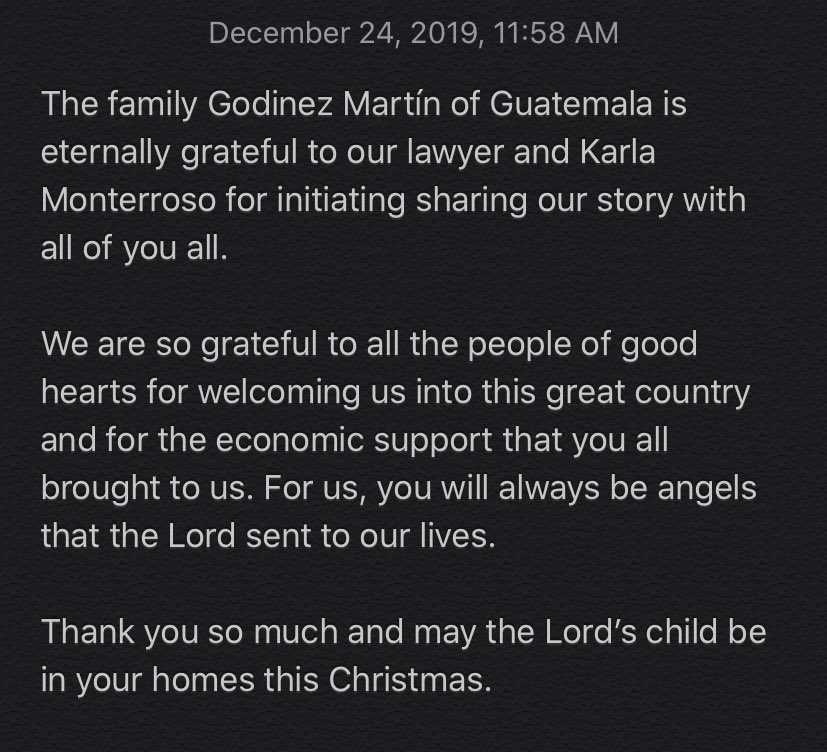