This is the thread translating the Democratic debate into language everyone can understand.
#DemDebate #YangAndTheWhiteGang

First of all, if he doesn't become President, Pete Buttigieg could get a job as a youth pastor at any white church in America.

How the hell is Amy Klobuchar onstage and not Cory Booker? Have you ever met a Klobuchar supporter?

And why does she always wear purple gabardine suits?

Did she say she wants to "build a fridge to the next century?" 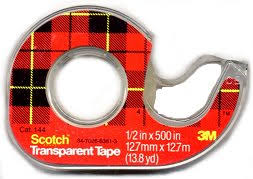 Nuclear energy IS clean energy and the Democrats who go against science because of historical bias is as stupid as Republicans who don't believe in climate change.

Amy Klobuchar's plan for climate change is quite literally:

"We gotta do something!"

Joe Biden: The Republicans are racist, they subvert the Constitution and reject logic

Also Joe Biden: We gotta find a way to work with those guys

Andrew Yang: "Where the black people at?"

Bernie Sanders: Speaking of black people... let me talk about climate change for a minute

Sanders: You know what's interesting about black people? Their climate...

Amy Klobuchar is the first to pull out an MLK quote.

If you guessed it wasn't the one about white moderates, you're right

Pete Buttigieg has a grab bag of "presidential" phrases but they don't really mean anything.

"As an American, I believe in justice and fairness. This is why we must use the olive branch of liberty to achieve inequality!"

Joe Biden is the dude who didn't work on the group project but takes all the credit.

He talks about the Obama Administration like people from Boston talk about the Patriots. Talmbout what "we" did.

Obama was Tom Brady and you were the third string punter!

They haven't asked Kamala or Cory a single question. This is racist!

It's like a piece of toast debating a crouton

This debate is so unseasoned

Did Bernie Sanders just say the place "where power resides" is not with white or black or male or female or young or old?

Where the fuck is that America?

Elizabeth Warren told her own joke AND she's rocking the "just-got-my-ears-pierced-at-the-mall-kiosk" earrings.

I've never heard white people fight about who's the brokest.

This is so ghetto.

If you want to see America encapsulated, it is this:

A bunch of white people talking about how money corrupts politics after they kicked the black people out of the room for not having enough money.

Pete Buttigieg is for reparations!

Not for black people, but still...

"I support LOOKING at a bill that studies reparations."

Moderator: Do you support reparations?

Biden: Let me talk about immigration

Klobuchar: Let me continue the conversation about reparations by talking about experience

Buttigieg: Well if you wanna talk about the 1st amendment

Ask anyone with student loans if they'd be willing to let billionaires kids go to school free if they could also get free tuition.

Pete Buttigieg begins every answer with: This question is very personal to me.

This student loan payment is very personal to me. Yesterday a talked to a young child named Ben. Ben can’t afford his medicine. I feel Ben

Moderator: Joe Biden, did you lie about Afghanistan?

Moderator: The war in Afghanistan!

Moderator: But did you lie about it?

Biden: I just told you I was against it.

Biden: Yes, I am against lying.

We should give Biden and Sanders knives, let them fight about health care and then use each of their plans at the hospital.

Andrew Yang is stumped by this Christmas question. To be fair, he doesn't know what to say because he's never heard a question so stupid.

Did Chuck Todd write this question?

I think Elizabeth Warren is gonna put a two-cent tax on selfies!

This old man is SO fucking stupid!

Seriously, though. If Tom Steyer was president and Pete Buttigieg were vice president...

Of an insurance company...

I'd buy the fuck out of their term life policies

"I'm running because corporations have bought our government and I've built a multi-billion dollar corporation. I'm the only person on stage who can afford to buy the government back."

"Washington makes stupid decisions and I should know... I worked in Washington."

"If you're tired of politicians saying crazy things, vote for me. I PROMISE I won't say anything of substance."

Pete Buttigieg: We are going through a "crisis of belonging."

If you don't know what that means, neither do I. But you gotta admit, it sounds impressive as fuck. Plus, I furrowed my brow. It's been a while since we had a good, brow-furrowing president.

I'm not working for billionaires, but first, let me do a prime time commercial for Amazon and the richest man on earth.

You want real change? Vote for me. At the very least, I won't mock someone's stutter like this next idiot.

Damn, I can't believe he did that!

I've gotten a lot of things done when I let Barack Obama bask in my shadow for eight years. He was aight. God bless you, merry Christmas, fuck Trump.