1/5 What was a computer magazine like in 1977? How about the premier issue of: kilobaud. The Computer Hobbyist Magazine  https://en.wikipedia.org/wiki/Kilobaud_Microcomputing …

This was started by the editor/publisher of BYTE who left after the first few issues.

2/ The premier issue looked like just about every other hobbyist magazine at the time. Table of contents on the cover. Lots of editorial debates over specific tech and of course "wish list" articles (wish for an OS!) Love the debate over Z80 v 8080 v 6800 (not '000). 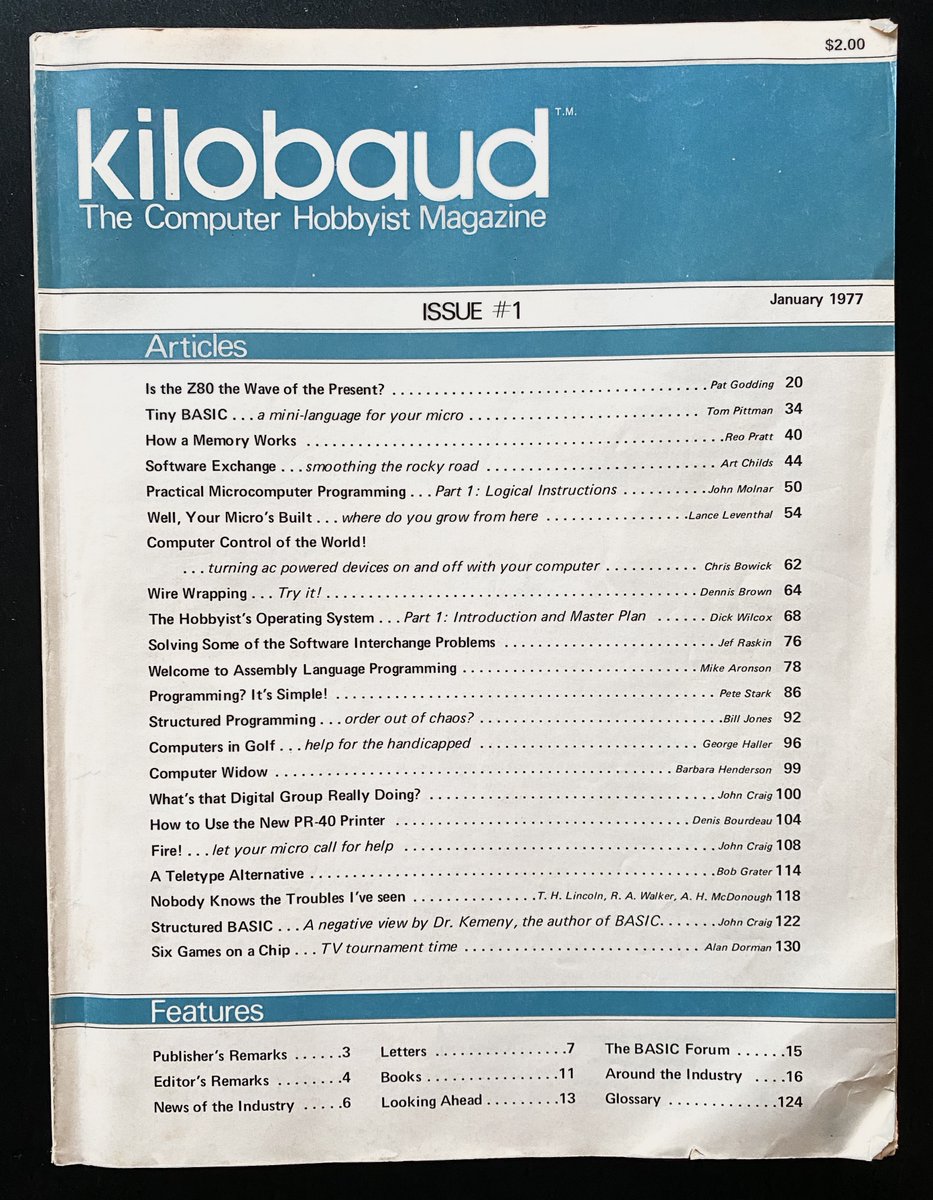 3/ In the premier, Wayne Green visits with the major computer makers to see what's going on. Like literally it seems as though he just stops by.

For example he visits Motorola and learns someday there might be 64K (that's bits not bytes) ICs (so 9 req for 64Kb). 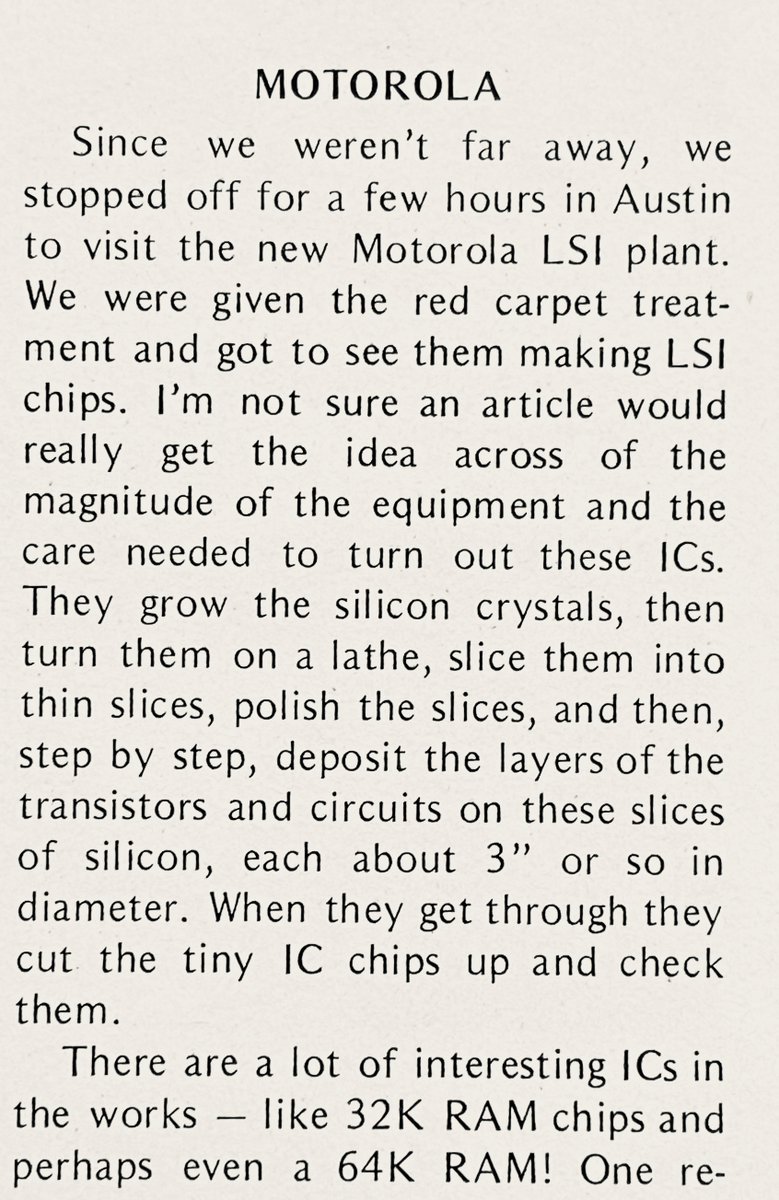 4/ The people at MITS were busy making PCs (with MS BASIC on them) but were also clearly getting distracted going in a different direction. 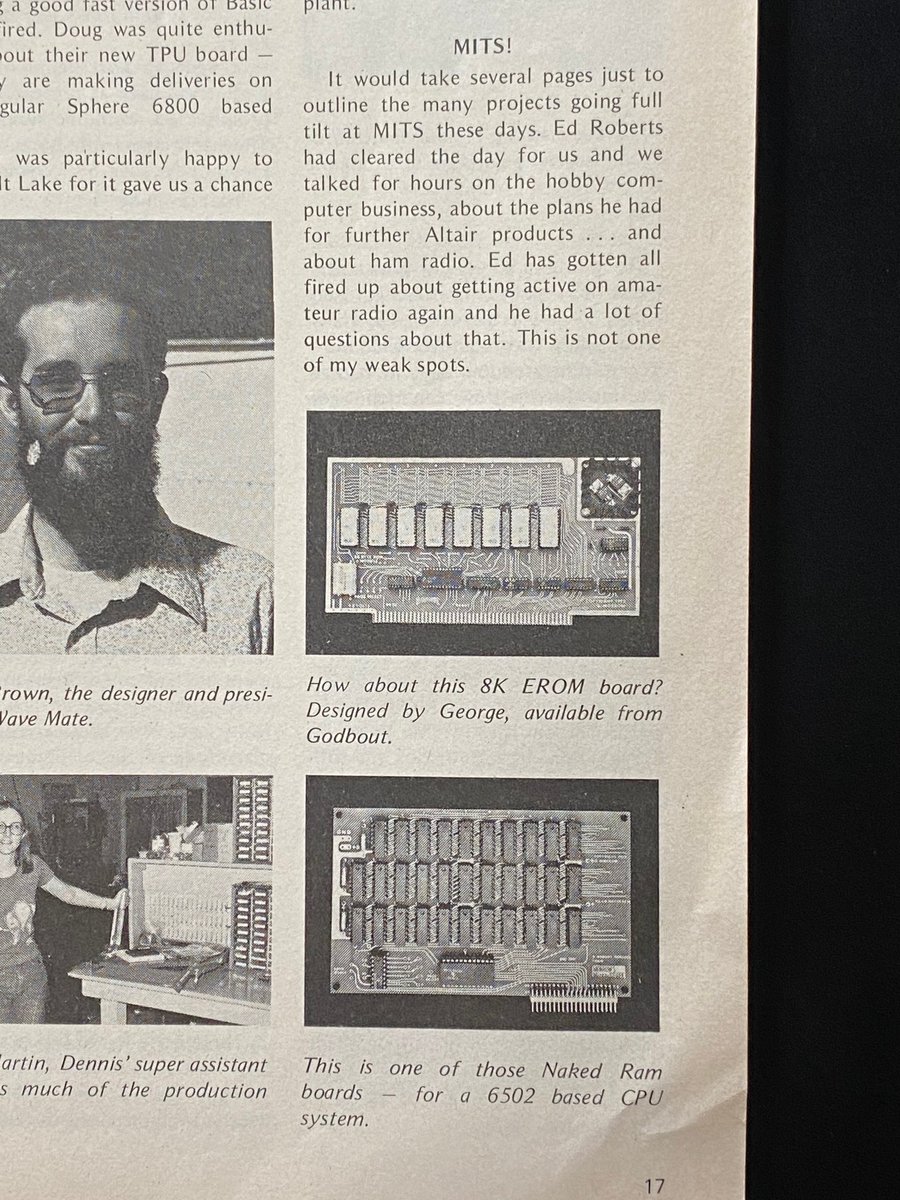 5/5 But this is just precious. Here's the editor's take on a visit to Apple, well to a garage, based on seeing an advertisement (everyone was on the lookout for the next big "system" just like #HACF). "Not bad for a pair of 20 year olds...they will have their hands full." //

PS/ Almost certainly, the roles were reversed between Woz and Jobs in this summary, and then some :-)