Tren Griffin+ Your Authors @trengriffin I work for Microsoft. Previously I was a partner at Eagle River, a private equity firm established by Craig McCaw. I am on the board of directors of Kymeta. Dec. 25, 2019 1 min read + Your Authors

1/ I love interviews. The sentences I have thought about most over the years were these from Playboy's 1994 Bill Gates interview: "What is the scarce resource? What is it that limits being able to get value out of that infinite computing power? Software."  http://www.thecorememory.com/The_Bill_Gates_Interview.pdf …

2/ When the interview appeared I was part of a team of four people building a startup. Bill Gates and Craig McCaw each owned 50% of the company since the employees only had options. This was ~ when the Information Highway plan for communications was being obliterated by internet.

3/ Playboy had been a part of my childhood education ever since I found a chest of magazines buried in a vacant lot next to the home of a crine boss named Mr. Cichy. I would later see him floating face down in a lake in suburban Seattle (Yarrow Point) as the victim of a mob hit.

“For more and more consumer devices the core technology is going to be software. More and more they look like software in a box."

6/ "Nothing gets an investor’s heart racing like the phrase ‘software margins.’ It’s shorthand for the concept that businesses which are primarily bits (not atoms) have very attractive characteristics: fixed development costs and economies of scale in deployment." Hunter Walk

"The decision to put money into the Internet in 1994 was considered by many of my colleagues to be borderline insane. Most people said things like, The Internet is free; you can’t make money on that!" Jim Clark  https://www.google.com/amp/s/25iq.com/2018/03/03/business-lessons-from-jim-clark-silicon-graphics-netscape-etc/amp/ …

8/ Prior to 1994 the consensus view was the future was all about The Information Highway. This assumed cablecos and telecos would have top down control of all on-ramps and off-ramps. Time Warner in Orlando, Bell Atlantic in D.C., Viacom/AT&T in Castro Valley, US West in Omaha. 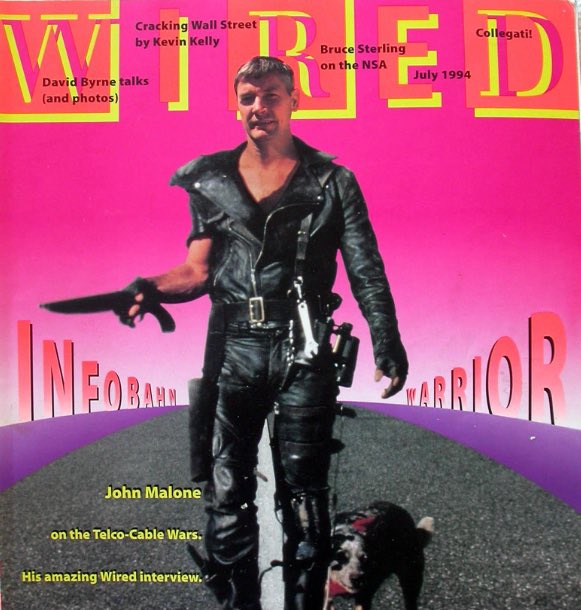