1/ 2010 was the start of a most interesting time of the PC (and me). Reflecting back at how the decade ending in a few hours began. From the outside it was an exciting time in the PC industry. Windows 7 had just launched. Things would seem to be off to a solid start. 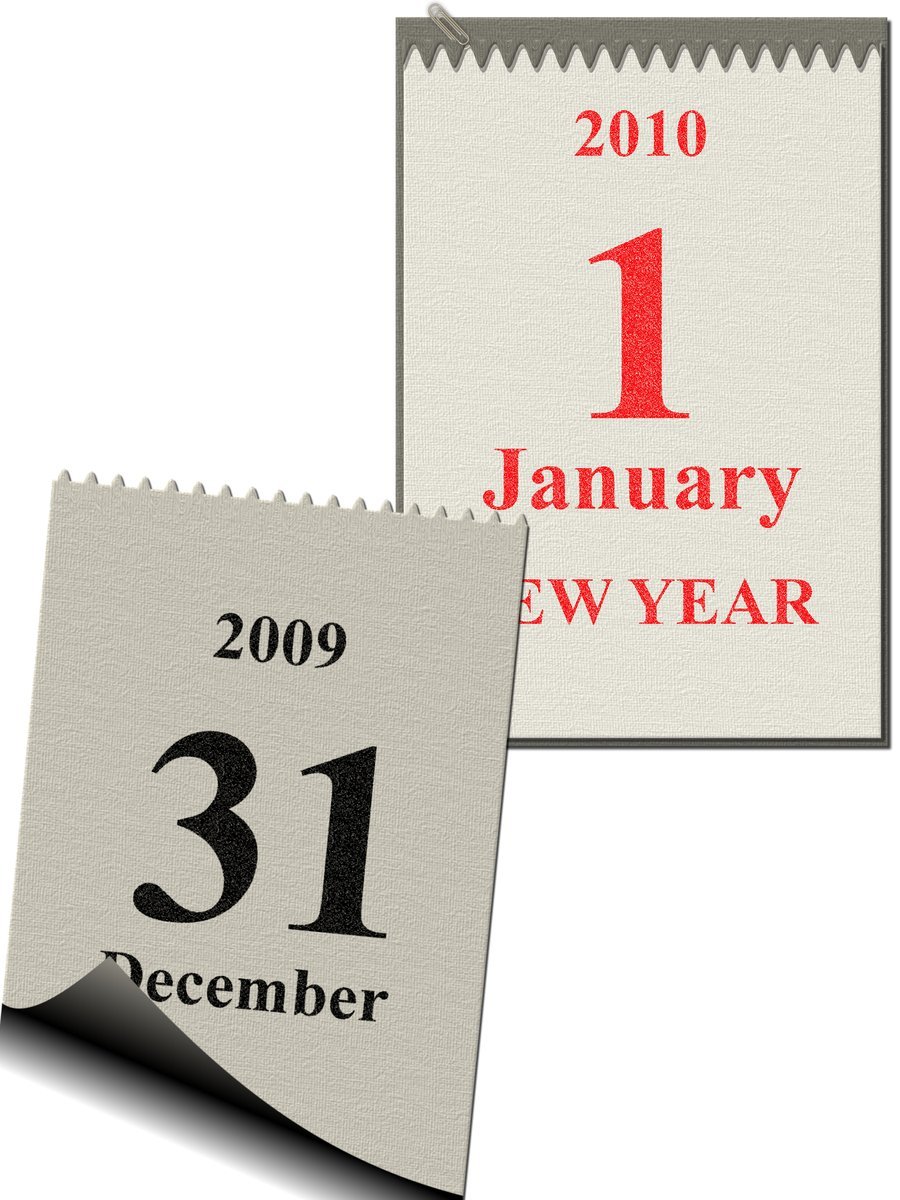 2/ Windows 7 resumed the odd-even "curse" of Windows releases. Phew. It was an amazing team effort and transformation. PC sales for 2009 were "anemic" growth (3% v historic > 10) BUT broke through 300 MILLION! 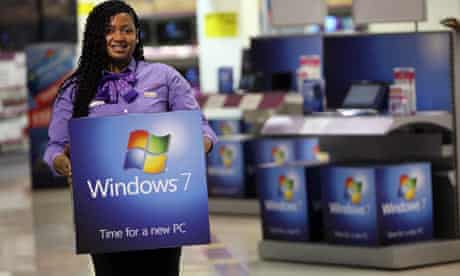 3/ Conventional wisdom was Windows 7 was bringing PCs back and the forecasts for future growth based on this upgrade super-cycle were for PCs to break through 400M, then perhaps even 500M. It was so exciting for sales and marketing and the OEMs were going nuts.

4/ In planning what came next (started in 2009), the optimism was not uniformly shared. The product view was we were experiencing a "blackberry moment". While financials and numbers looked good, it was increasingly clear the product was wrong. The short answer "we'd seen iPhone".

5/ At the start of the decade Blackberry was over 40% share even years after the iPhone launch. And it was making a ton of money. But iPhone was gaining 1% share almost monthly. First slowly, then quickly as they say. Story here->  https://blog.learningbyshipping.com/2013/10/03/disruption-and-woulda-coulda-shoulda/ … 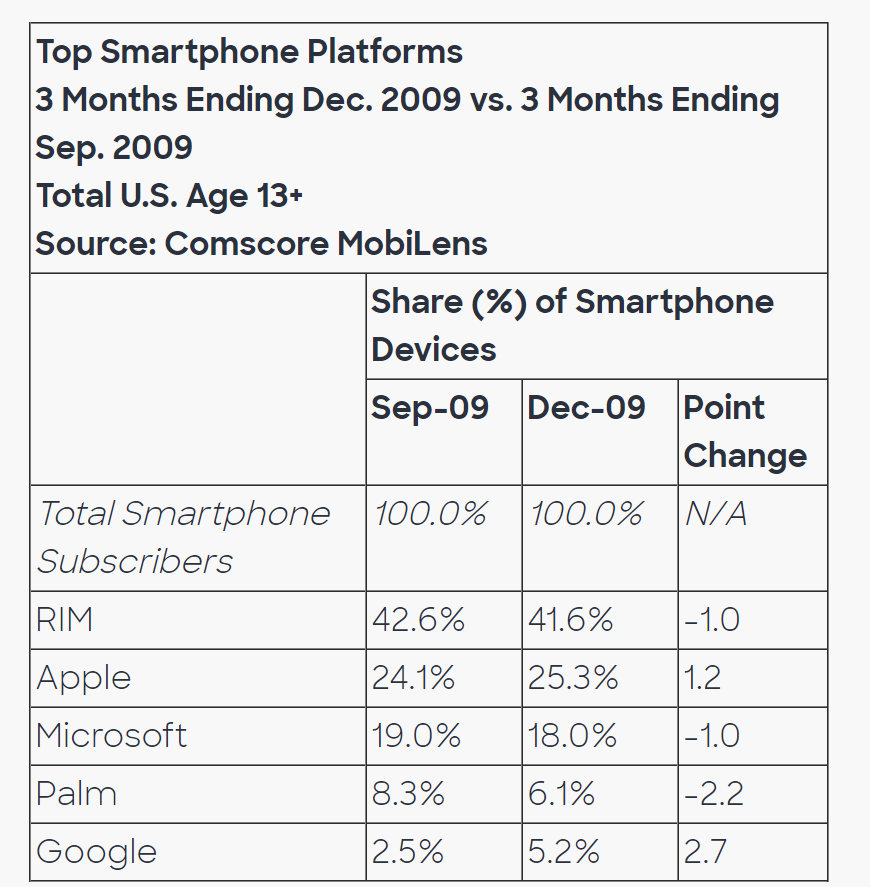 6/ Android 2.0 had just launched as well, featuring multi-touch pioneered by Apple (and also a feature of Windows 7!). As much as Apple changed the vertically integrated phone market, Android was reinventing the OEM model for OS+HW.

7/ As much as we loved Windows 7 for running existing software, there was clearly no momentum or even interest in writing anything new for Windows. All hardware and software innovation shifted to mobile devices and mobile apps. W7 did not do anything to slow what began in 2000.

8/ We had been planning Windows 8 for months and were immersed in these challenges. Our (my) biggest worry was we would be too incremental and end up like Blackberry, not realizing what was going on thinking we could "add" a few things (lower risk) while the money rolled in.

9/ We were all at CES 2010 (January) and it became even more clear. The show floor was anemic for PCs and the PCs that were there were using Windows 7 touch to try to turn the PC into a bad tablet. But most tablets on the floor were Android 1.x modified.  https://www.pcworld.com/article/186281/dawn_of_the_tablet_pc_ces_2010_roundup.html …

10/ PCs were mostly the Vista PCs with a new OS so they performed better but they were still nowhere near MacBook Air and Ultrabooks were two (!) years away. Even in PCs, we were struggling to have good ones. The original Surface table was just cancelled--that was fortuitous :-)

11/ In our "labs" we were hard at work on ARM, porting the Windows kernel to ARM. It would be another year before sharing that work but just after CES we had the first uptime of Windows on an ARM. 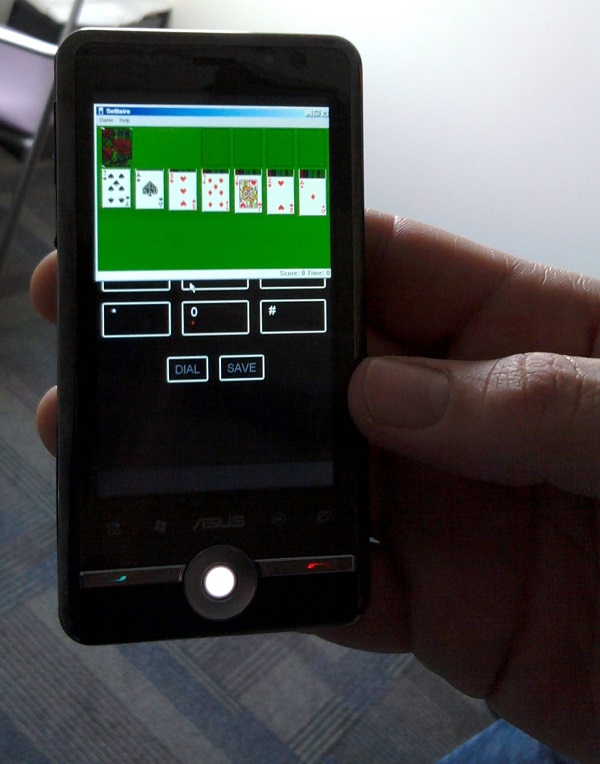 12/ We were struggling to get back in the browser game as well--IE declines, Firefox growth, Chrome insurgence--leaving us entirely out of the "web" (sites or apps+web services). We were tied to keyboard+mouse, w/ viruses, malware, no battery life, and poor quality over time. 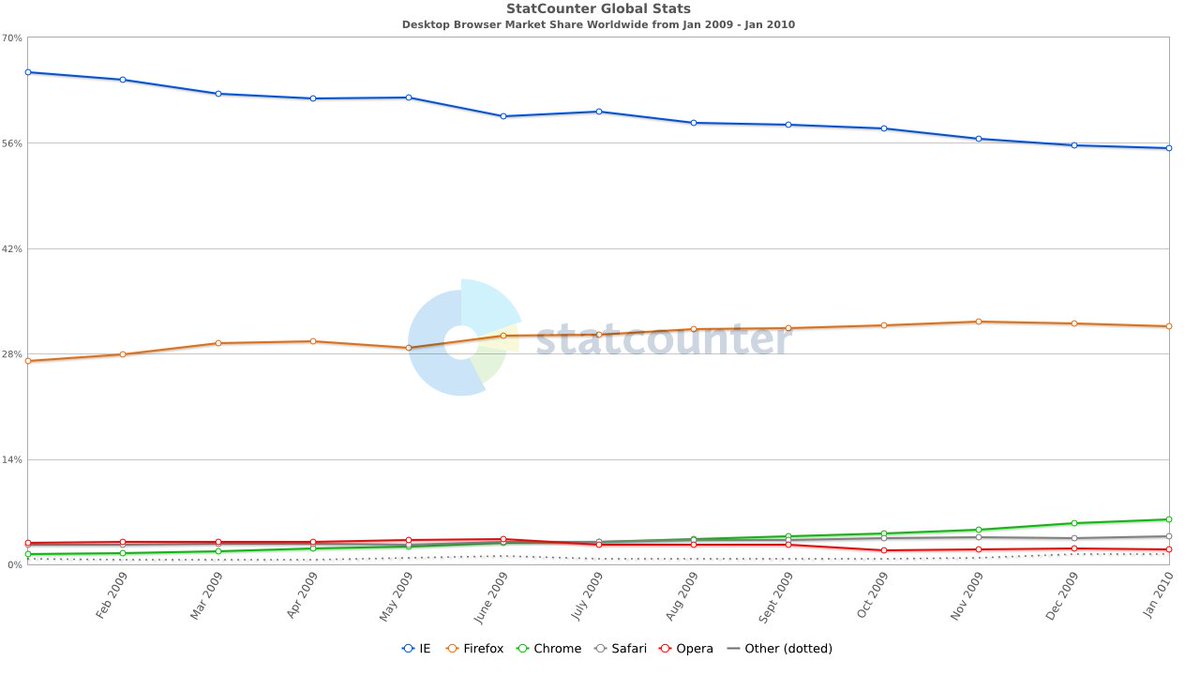 13/ The question sitting in my CES hotel room, having skipped a team dinner, was should we go all in and try to build a device+touch-first platform/OS. We knew Windows 7 had an *easy* decade of utility ahead--like XP. Friends were annoyed I missed dinner. I wrote a *long* memo.

14/ What was really bugging me was if FF/Chrome was where to use the web and iPhone&Android were where to use apps, then only reason to use a PC was for "legacy" workflows. We'd seen this before--it was what happened to the mainframe and IBM. Plus, mobile was just better/modern.

15/ It was a case of literally not believing the press and punditry -- a weird spot to be to basically be "betting" the positive views of your own business were not reality and things were much worse.

That is what disruption feels like. Paranoia or over-confidence. You pick.

16/ The thing that really made the new decade *new* was that 3 weeks into January, Apple had an announcement. For months we'd heard rumors of an Apple tablet. BillG et al were certain Apple would do a pen tablet like TabletPC. A MacBook Air+PEN!!!!!

17/ Apple's "Come See Our Latest Creation" event unveiling the iPad was crazy good, and not what anyone at Microsoft expected….a "big phone?"…and that name (chuckle). But it was clearly positioned as a next generation device. Not a MacBook+Pen at all. 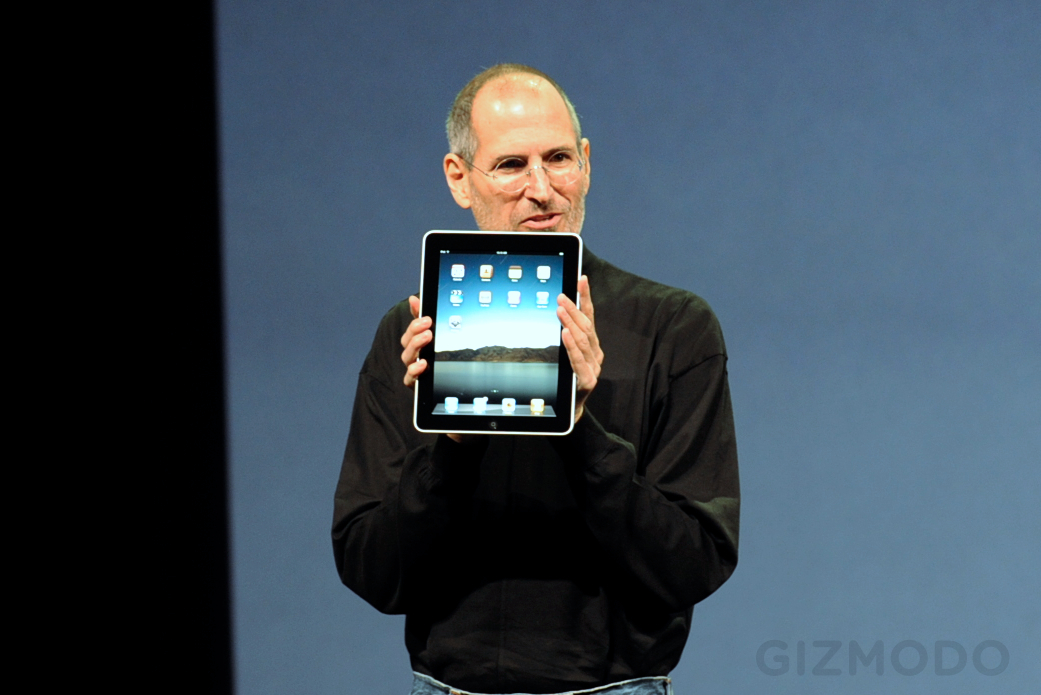 18/ Of course the next 10 years would play out a bit differently, but not so much so. It was a wild ride for PCs. March to the "next billion" (2B) really became one of trying to maintain 1B. The ramp up, planet scale, and dominance of iOS/Android (and Chrome) was breathtaking.

19/ The debate over the iPad (not tablets, there never was a tablet market just phones, PCs, and iPads) continues unabated. It almost doesn't matter what numbers show, but it is entertaining. My first 2020 prediction will be big debates on the January 27, 2020 iPad anniversary. 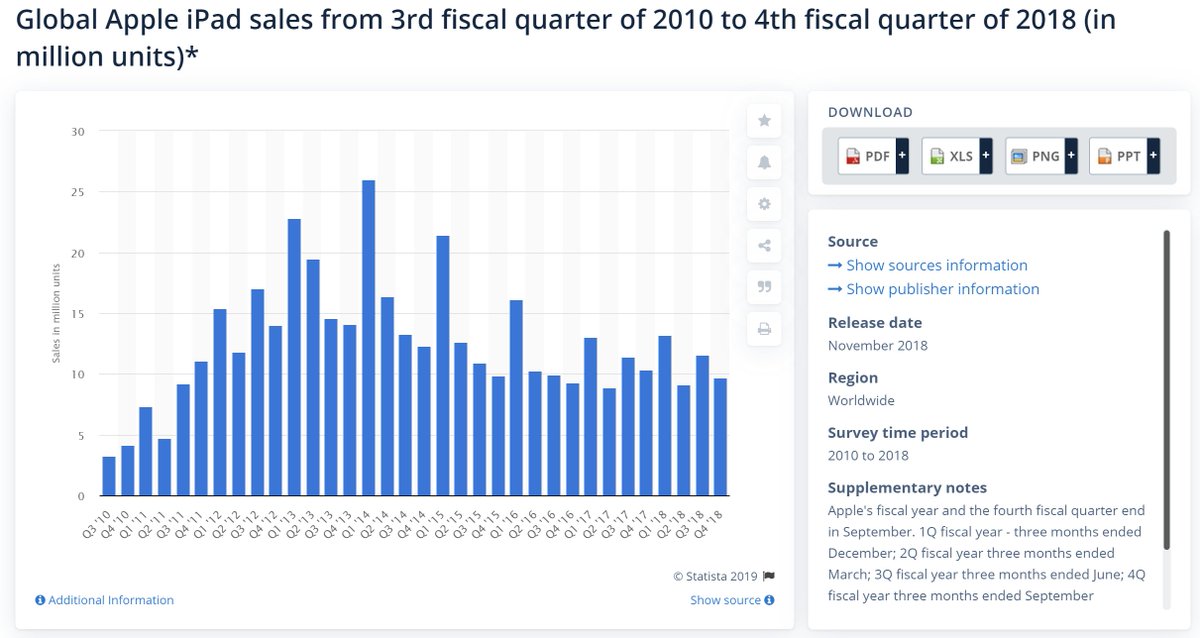 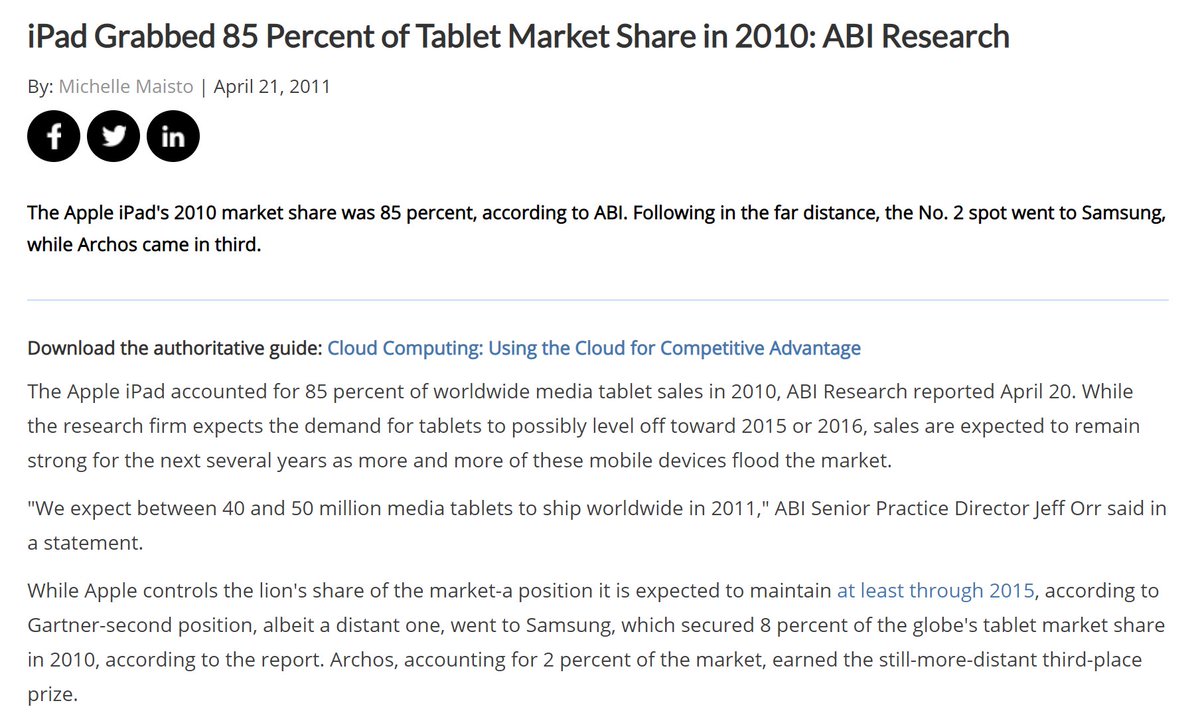 20/ As it turns out, disruption does not have to be like Blackberry or Kodak but in fact when there's an ecosystem and installed base in B2B it is a long slow process. BUT it is just as certain.

21/ Windows remains one of the most amazing businesses...ever, over 220M PCs sold 2019 with Windows and insanely great profit margins anchoring MS. Still, the days of driving an ecosystem/network effect shifted to planetary scale phones. 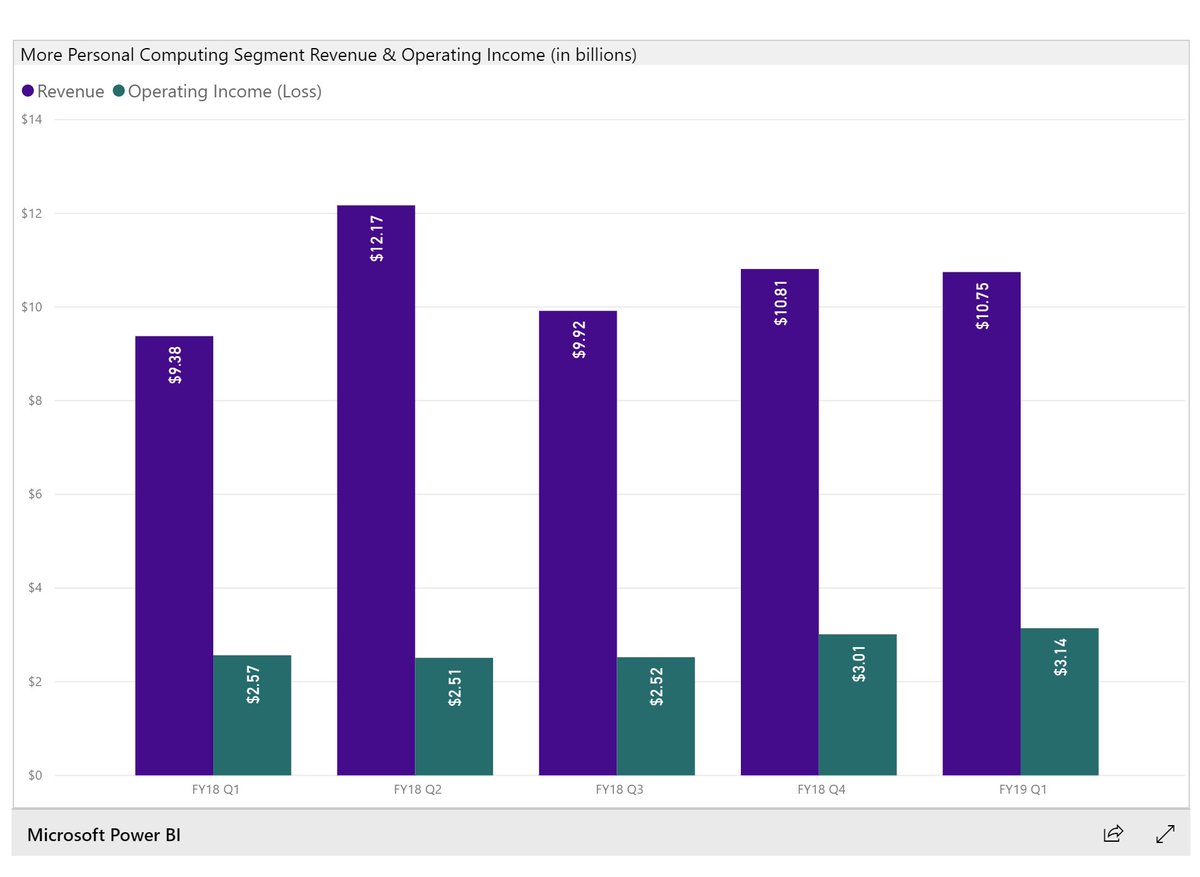 22/ The future is hard to predict--just as easy to be early as late. No one really knows and at the same time no matter what happens someone always said it would. The decade that followed was an amazing experience and I cherish each moment, success or learning. Happy New Year!//