Tren Griffin+ Your Authors @trengriffin I work for Microsoft. Previously I was a partner at Eagle River, a private equity firm established by Craig McCaw. I am on the board of directors of Kymeta. Jan. 01, 2020 4 min read + Your Authors

1/ Quesions I might ask Charlie Munger today on his 96th birthday:

You said once that Berkshire's estimate of its future opportunity cost was not less than 10%. How has that changed given current rates of return?

What assumed rate of return should a pension fund be using now?

"can just stamp out an extra copy of something and 98 percent of the revenues go immediately into the till as cash and there’s no extra work."

Have you ever seen a legal business with better microeconomics than software?

"The nature of the Daily Journal's business is more like technical consulting than it is just stamping out software. It’s very difficult."

Were you suggesting at the 2019 DJC meeting that somewhat lousy scalability can be barrier to entry for a business?

"My definition of being properly educated is being right when the professor is wrong. Anybody can spit back what the professor tells you."

Would Ben Franklin have graduated from college today if he had to borrow all the money required to do so?

"I’m ninety-five years old. I practically never have a transaction. I sit here with my Daily Journal stock, my Berkshire Hathaway stock, my holdings in Li Lu’s Asian fund and my Costco stock."

Did you buy or sell any public securities this year?

"Fortune’s formula tells you how much to bet on each transaction if you have an edge. The bigger your edge, the more close the transaction was to a certain winner, the more you should bet."

Is it wise to moderate that bet by some percentage?  http://www.pmjar.com/wp-content/uploads/2013/05/Size-Matters-Mauboussin.pdf …

"Value investors are quitting. What worked for years stopped working. They're also rich, which makes it easy."

Has long bonds being this low for this long mean high-quality businesses are being treated as bond substitutes? It is harder to find a margin of safety?

"It costs about $50k in Manhattan to send your kid to pre-school. Non-deductible. And that’s just the start of an endless procession of years of vast expanse."

How would you change the education system in the US? What would your decisions be as a young parent today?

"What people don’t realize because they’re so mathematically illiterate is if you make 5% and pay 2 of it to advisors, you’re not losing 40% of your future."

Is financial literacy possible at scale?

25iQuiz: How much of their future is this person losing long term?

A man says to a veterinarian: "What can I do about this horse? It's a fine horse, but occasionally he’s vicious and causes enormous damage."

The vet's response: "The next time your horse is behaving well, sell it.”

Did the sellers of Kraft know that same vet?

"People seek out the weaknesses of their fellow man and take advantage. You have to get wise enough so you avoid them, but you can’t avoid them if they’re in your family."

How much of good judgment is learned versus innate?

My father told me when I was young that people who marry for money earn every penny several times over. Do you agree with my father?

Minister: "Now is the time in the funeral when someone says something nice about the deceased.”

Nobody came forward for a very long time.

Finally, one guy stood up and said, “Well, his brother was worse.”

I have nothing further to add to this joke. No questions.

"We all know people that are out married. I mean their spouses are so much better. Think of what a good decision that was. Way more important than money. You don’t have to stumble into it. A lot of people are wearing signs, 'Danger. Danger.'" 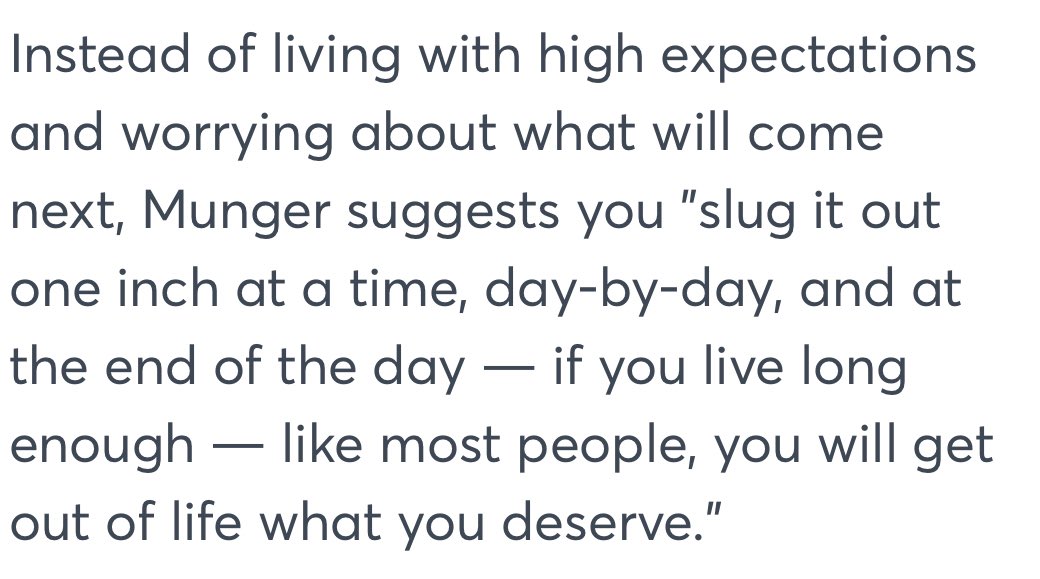 "It's a competent bunch of people who sell securities who act as though they’ve got an endless supply of wonderful opportunities. They are the equivalent of the race track tout."

When did you say you would pay a lot of money not to read the seller's projections?

"Berkshire started with a doomed department store, a doomed textile maker and a doomed trading stamp company. The success came from changing our ways and getting into better businesses."

When would BRK have made the shift to quality without buying See's Candies?

"We've been better at sitting on our asses with what we have. It's been hard to buy new businesses. We haven’t bought a whole company of any size since we bought the truck stop operator. If you’re having trouble with the present time, join the club."

"A man who used to steal from the church and drink all the time was dying. A priest asked him to renounce the devil. He said 'I can’t do that because in my condition I shouldn’t offend anybody.'"

Do you still think you aren't a good role model given your bluntness?

Is Elon Musk an example of optionality? 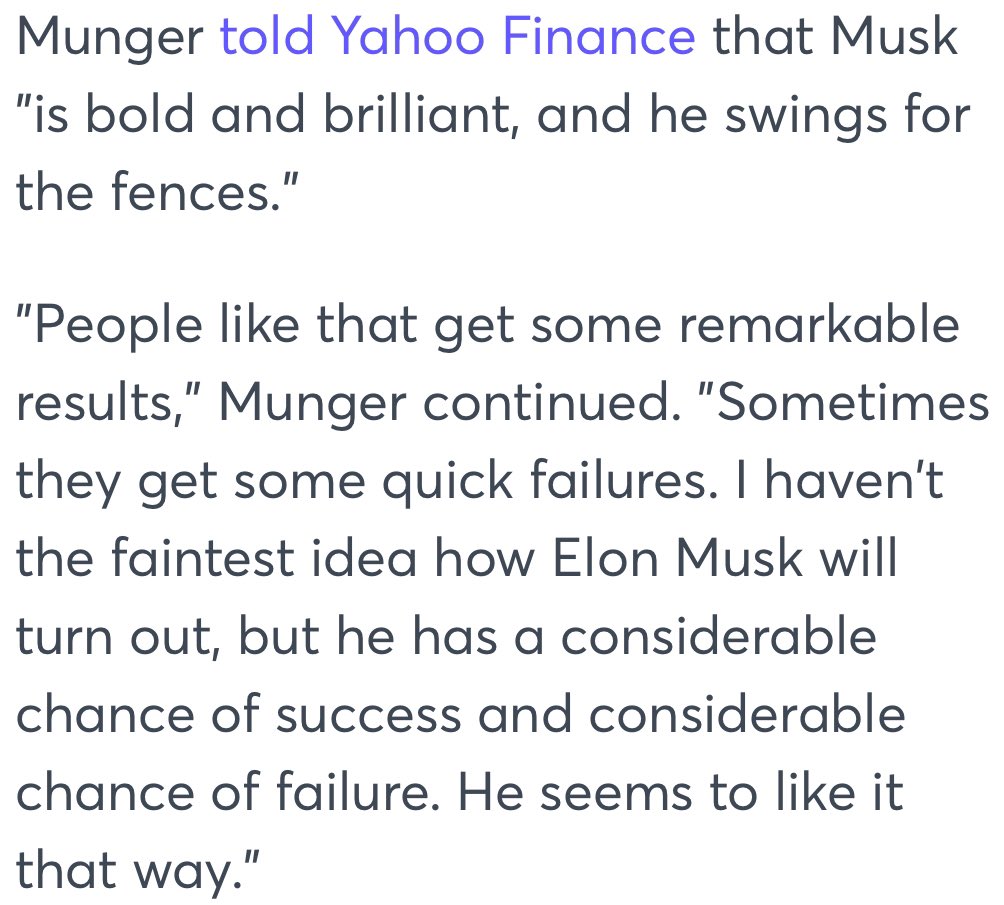