There are still stubborn misconceptions on the role of #China in the global #economy , especially what comes to 2019.

It should be acknowledged that China leveraging/deleveraging has been the single most important driver of the global business cycle. 👇

#China leveraging/deleveraging drives the #Eurozone and global economies with a lag of 3-4 mo.

In Q1 2019 China broke all previous records in the growth of debt, and the same occurred in Q3 (and likely also in Q4). 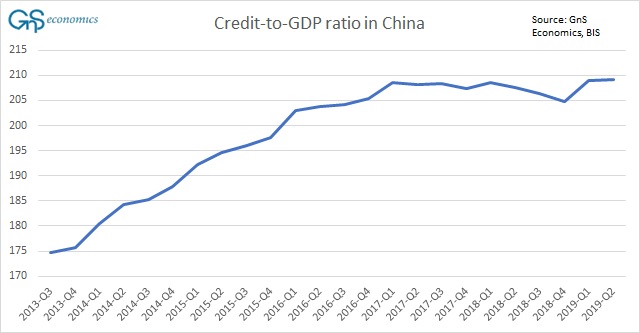 It's noteworthy that, when Beijing tried to deleverage in Q2 and in October, the economy tanked. This was quickly countered with another round of record-breaking stimulus.

Yet, economic growth has been sub-par all through the 2019 regardless of the massive stimulus. 3/ 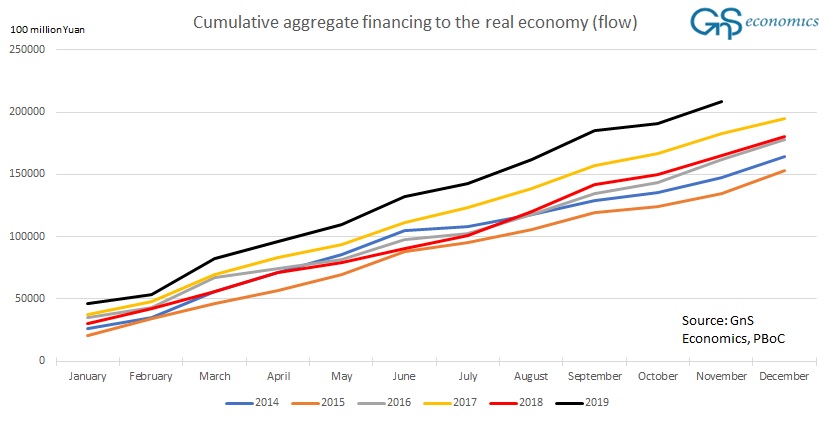 #China has been hanging into the edge of a financial crisis for two years, and now the likelihood is growing, again. 4/ 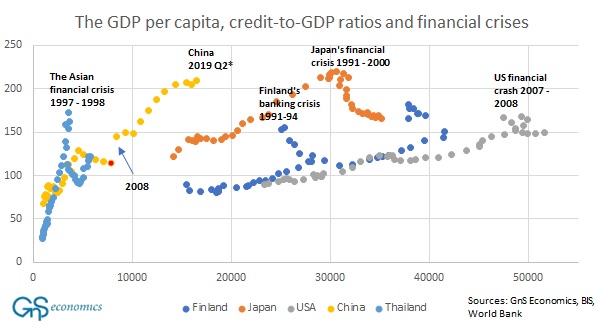 We first noted the debt problem in China in September/October 2017.

"Because the private debt grows around three times as fast as GDP, it is evident that China cannot continue on this path much longer, but will it keep going till the bitter end?"
5/
https://gnseconomics.com/en_US/2017/10/16/what-will-china-do/ …

This is still the "question", and it seems that the answer is yes.

#China seems to be determined to run its #economy over the 'debt cliff'.

If this comes to be, it will alter the likelihoods of the three scenarios we're heading into:

If the current policy line continues, central bankers and Chinese leaders are pushing us either into the Systemic Collapse or Global Bailout, from which the latter is the worst of all.

It's a massive problem that the horrors of such a scenario are not widely understood. 7/

Still, the massive role #China plays in the global economy should be acknowledged, thoroughly.

We don't yet know all the channels, but the "recovery" of the Eurozone in late 2019 was very likely driven purely by it.

And, when the effectiveness of China stimu + liquidity injections by the #CentralBanks wane, collapse commences.

And we, very likely, are not far from that point. 👇