1. I want to express this carefully cause I don't want to minimize anything that results in loss of life. But missiles flying back/forth in Mid East is all too common (something US can handle) & not what makes me nervous about the Soleimani situation

Here's what makes me nervous

2. What makes me nervous is illustrated in the WSJ story. The Iranian government has always operated on its own timeline. If you think Iran lobbing missiles over the border is the kind of revenge they ultimately have in mind, you're wrong.

Where does the ultimate revenge take place?

A month later in Georgia, India and Thailand where Israeli diplomats are targeted with bombs 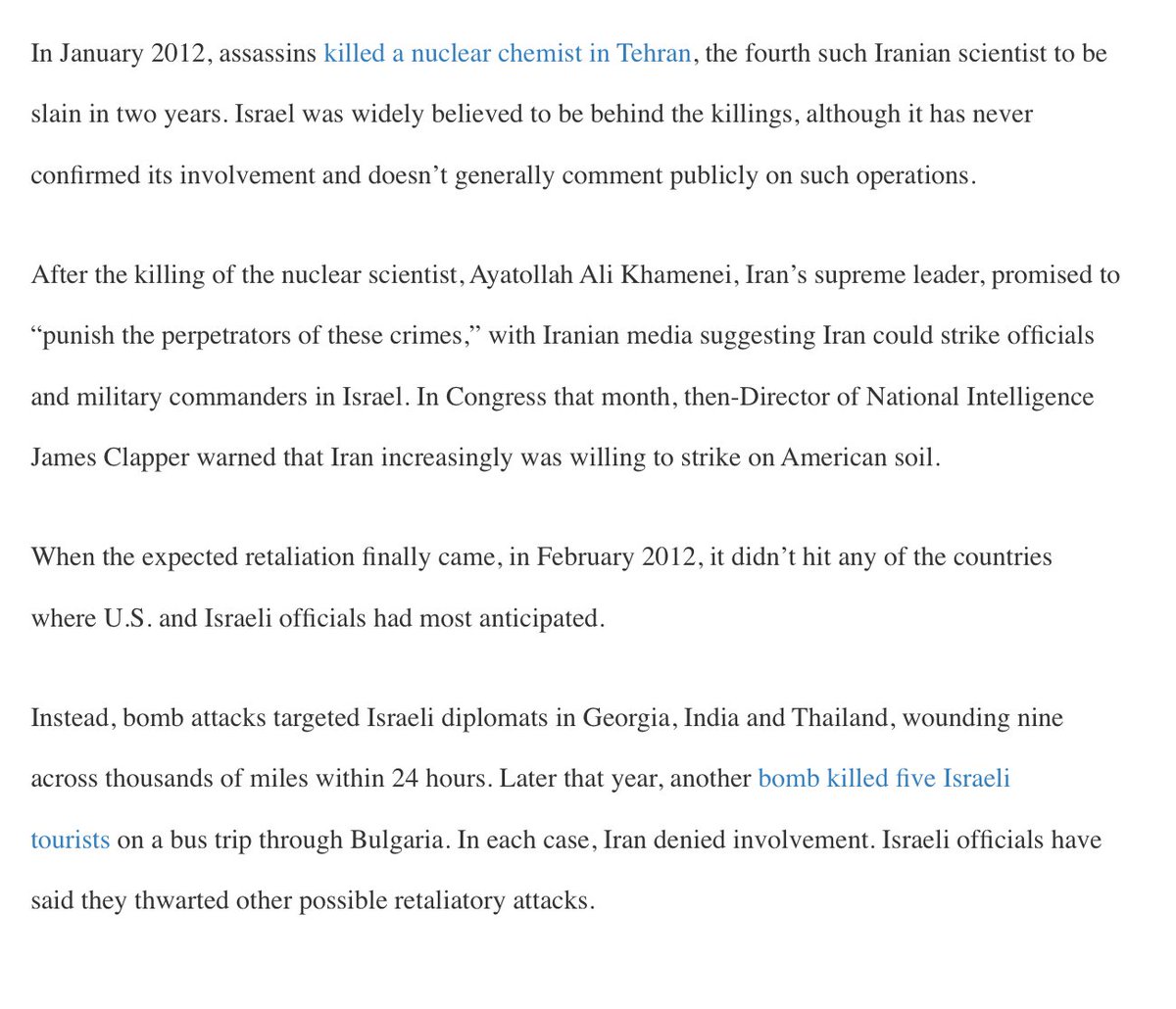 4. Example: In 1992, IDF killed the Sec General of Hezbollah

Where did Iran retaliate?

In Buenos Aires with a truck bomb driven into the Israeli embassy. That attack killed 29 people 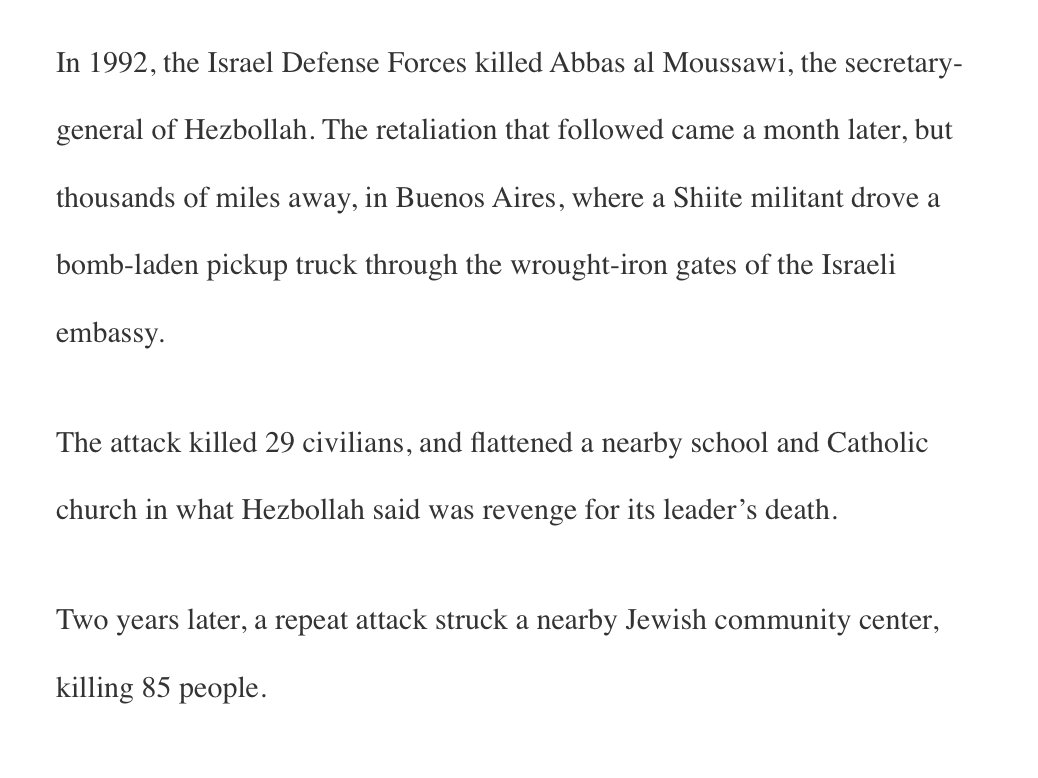 5. Those examples are pretty tight timelines for Iranians. The Iranian gov sees revenge as almost a generational thing...their timeline can be in months/years. Revenge always doesn't come via a show of force they take PUBLIC credit for.

6. So what I'm saying is all these people with their chest thumping, I would be cautious about what you see as Iranian revenge and unfortunately prepare yourselves for the kind of attacks that are unexpected, that don't follow a tight timeline, and show up where you least expect

7. If people think that this is it...that Iran has chosen to retaliate against the US for killing the second most powerful man in Iran, by lobbing some missiles across the border that didn't result in US casualties then I have a bridge to sell you


8. I can't believe I'm seeing people saying that this was a face saving move by Iran and now that there haven't been any US casualties, that we should move on.

The level of naivety is astonishing.

Do people really think this is how Iran is going to retaliate?

9. Read Jake’s tweet...for those of you thinking this is just a weak response from Iran & that they’re terrified of the US mil, ask yourself if this how a nation that has funded attacks globally would respond to the killing of its most important General


10. That may very well be true, but if people think this is the only way Iranians will respond then they’re unaware of the reality. So while POTUS is taking the off ramp, the Iranians will sit and wait and do what they want and when they want to do it.

But conventional warfare should have never been the concern!