I do genuinely feel sorry for the gender crits. They're caught up in a hate group that is clearly making them miserable, so many of them are either isolating themselves from friends and family, and despite the cruelty they hate for trans people, I can't help but empathize.

Someone much smarter than myself brought up one of the former Westboro Baptist members, and how they had said that for their family, hatred was like an addiction. That those family members couldn't go on without it, they've already sunk so much of their lives into hate.

For someone like that, though they may not see it that way, they have my sympathy. I feel a deep sadness that they've done this to themselves in the pursuit of hurting others, and I hope that they find a way out of the toxic ideology they're wrapped up in.

And I know a lot of people will read something like that, and think "who care? fuck 'em!"

I understand that reaction, they're part of a hate group, they're people who'll upturn their entire lives and make it about hurting others, so it's hard to have empathy for them. Yet I do.

I think it's easy to say "Well, they could just stop being hateful assholes?" but it fundamentally misunderstands how hate groups operate, and people like this will have ostracized friends and family and burned so many bridges they can feel trapped within an ideology.

It looks like a cry for help, and I hope she can get out. 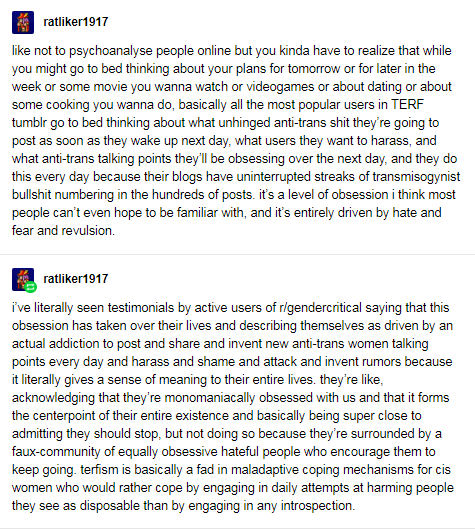