Beni, an orphaned baby orangutan, has a big appetite and his caretakers have to keep him on a strict diet (no extra bananas!), otherwise he can't keep making progress in jungle school

2. Sweet baby Beni remains on a diet so he's not allowed any extra bananas.

He must make some progress in jungle school or he won't be able to reintegrate into the wild one day.

3. A word on animal orphans like Beni who hoard food. This sort of behavior almost always comes about from starvation when they were young.

Beni, for example, was found starving after his mom was killed.

4. For those of you worried about Beni not getting a banana in the video in tweet #2...

Beni has starvation fear so he doesn’t know how to stop eating. If he is unhealthy, he’ll have a hard time climbing and in order for Orangutan’s to survive in the wild they need to climb

5. I think because most folks see orangutans in zoos and interacting with humans they don't realize that among the various great apes (Orangutans, Gorillas, Chimps, Bonobos) orangutans are the ones who spend a vast majority of their time in the trees.

6. Climbing trees does not come naturally to Orangutans, they have to be taught. Normally they learn from their moms...but orangutans like Beni live in an orphanage so he has to learn from his teachers in jungle school. 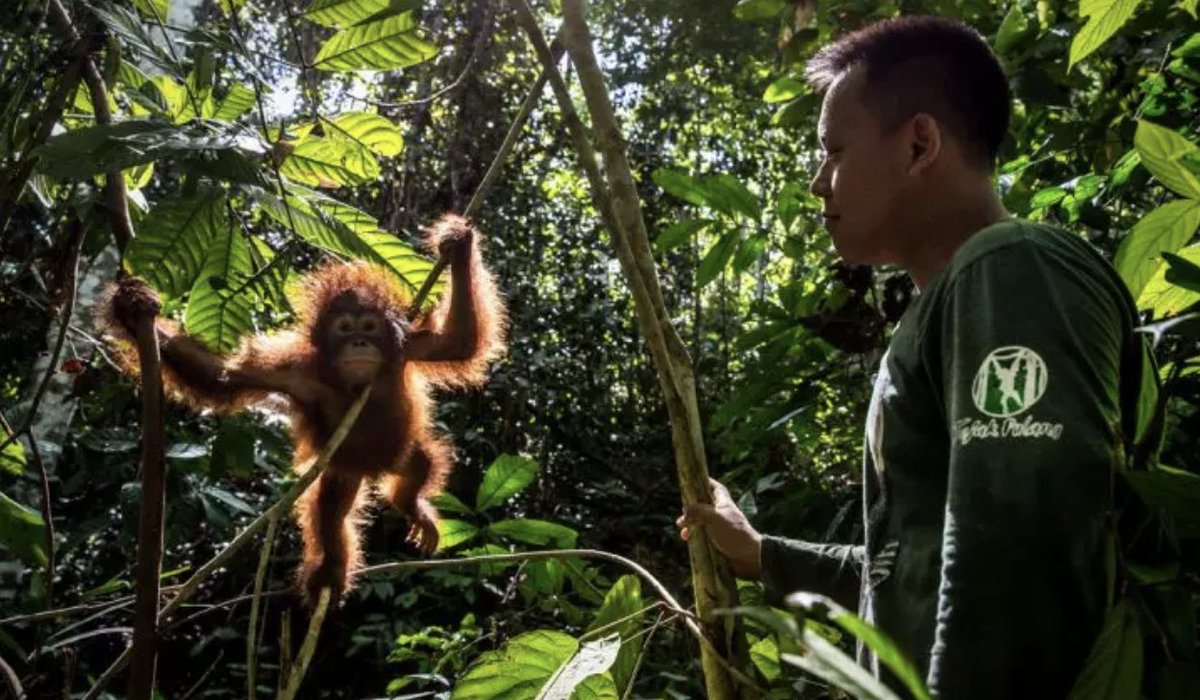 7. Orangutans, unlike the other great apes, are largely solitary. So Beni will have to work on his own to forage & find food when he's back in the wild. He will have to learn how to build a nest for himself in the trees. Kind of like this one a mom has made for her & her child

8. This is all to say I know it's hard to watch him be deprived of a banana but he gets plenty of food & it's important for his future that he be able to climb trees & stay on top of his lessons in jungle school!

His birthright is to be in the wild & we must get him there!

9. What I’ve learned from the replies to tweet #2 is none of you have what it takes to be teachers in jungle school. All softies who would just give in to whatever the orangutan orphans wanted.