Andrew Wilkinson @awilkinson Co-founder of Tiny, owner of @Dribbble, @MetaLab, and many others. Buying, starting, and investing in wonderful internet businesses since 2007. Jan. 10, 2020 2 min read

Even good people will do bad things they are incentivized to do them:

Executive spends irresponsibly on travel and perks
-> Their bonus is only affected a tiny amount, but they benefit massively from the perks day-to-day

In all of these examples, the people don't recognize that they are being unethical.

Instead, they use magical thinking to tell themselves that they were being practical or doing the right thing for the customer/patient/shareholders...

Charlie Munger has a great anecdote about incentives in his famous 'Psychology of Human Misjudgement' speech from 1995:

"FedEx could not figure out how to get the night-shift workers to move packages as quickly as was necessary from one airplane to another overnight... 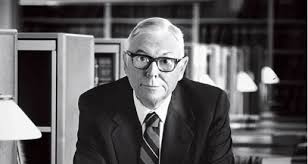 The speed of transfer was integral to the success of their delivery business, and it just wasn’t fast enough.

They tried a few solutions, before realizing that the night crew was paid by the hour. They were being incentivized (rewarded) to work more hours, not fewer...

So, the management team switched the compensation from hourly to a fixed shift rate, with a rule that the workers could go home when the job was done. The workers would now get paid the same rate no matter how long it took to get the planes loaded...

Can you guess what happened?

Of course, the employees moved as quickly as possible to complete the job so they could go home. Transfer times improved, and the solution was a success."

Start paying attention to into incentives and you will be shocked by how much they drive behaviour (good and bad).

"It’s present in every profession and in every human being. And it causes perfectly terrible behaviour. And many of the people who are doing it you would be glad to have marry into your family compared to what you’re otherwise going to get.”

Another good anecdote from Munger's speech:

"Early in the history of Xerox, Joe Wilson, who was then in the government, had to go back to Xerox because he couldn’t understand how their better, new machine was selling so poorly in relation to their older and inferior machine...

Of course when he got there, he found out that the commission arrangement with the salesmen gave a tremendous incentive to the inferior machine."