(THREAD) A Trump-UAE scandal is staring us in the face, and it involves the 2020 election and justifies a new article of impeachment. It's a scandal that began in 2015 and culminated with Trump assassinating the second-most powerful man in Iran. I hope you'll read on and RETWEET. 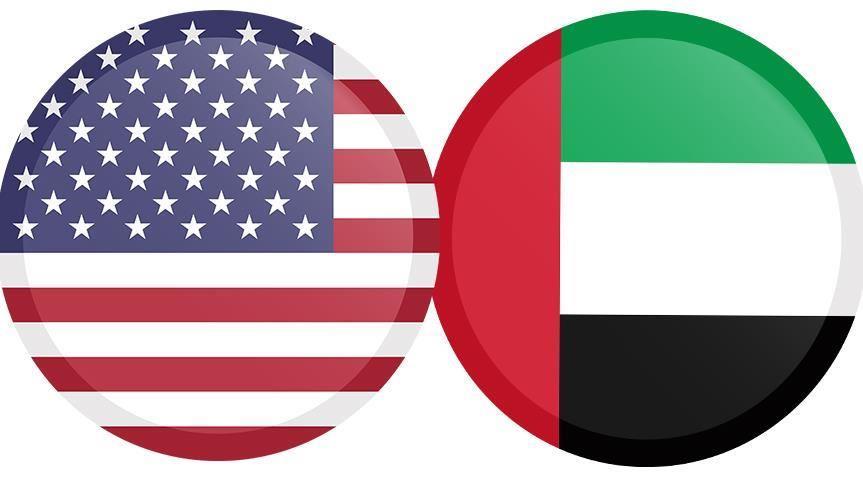 2/ In one of these early memos, Prince—who was simultaneously, as he was advising the Trump campaign, one of the *top national security advisers to the ruler of the UAE*, Mohammed bin Zayed—strongly advocated for the assassination of Iran's Gen. Soleimani.  https://www.cnn.com/2020/01/11/politics/erik-prince-trump-campaign-qasem-soleimani/index.html …

3/ This was during a period when Trump's national security advisory corps was starting to fill up with two very specific groups of people: people who advocated that Trump establish a detente with Russia, and people who advocated for the interests of UAE and its ally Saudi Arabia.

4/ Flynn, Trump's top national security adviser, was working on a deal involving *all three* entities: specifically, he was, while advising Trump, traveling the world advocating a joint U.S.-Russia deal that would send nuclear tech to UAE and Saudi Arabia.  https://www.propublica.org/article/trump-inc-podcast-who-was-behind-the-plan-to-give-saudi-arabia-nuclear-power …

6/ The simple version: Obama, having accepted the UAE and Saudi Arabia as marginal allies, believed the U.S. also could craft a fragile peace with Iran. Trump went all in with Iran's enemies Saudi Arabia and UAE to give them nuclear power—creating a Middle East nuclear arms race.

7/ Well you might wonder: who on Earth would want an arms race between Iran, Saudi Arabia and the UAE—which would be almost certain to eventually lead to one of the biggest and deadliest wars in human history—when instead you could have no nukes in the region and a fragile peace?

8/ As ever, the answer is, "follow the money." Prince was advising Trump while being paid untold millions by the UAE to help them lobby Trump and set up mercenary armies there (including assassination squads; more on that later). Michael Flynn's deal with UAE would make him rich.

9/ But Trump's no altruist; the UAE/Saudi Arabia know that. They could offer money to Trump's top two national security advisers—and did—and still not get Trump to see the value in it for him. So the nations met—with other allies—a month after Prince's memo to Trump on Soleimani.

10/ PROOF OF CONSPIRACY begins with that mid-fall 2015 meeting on a yacht in the Red Sea, during which the UAE/Saudi Arabia determined that—with their allies—they'd *actively* support Trump during the 2016 election. Another ally—Russia—was doing the same.  https://www.middleeasteye.net/news/exclusive-secret-yacht-summit-realigned-middle-east …

11/ If you know Middle East geopolitics a little bit, you'll *think* our story has just introduced an *error*: how is Russia an ally of UAE and Saudi Arabia, when they're clearly an ally of UAE/Saudi Arabia enemy Iran? And this is where things get really interesting. Like *very*.

12/ Putin decided, starting in 2014, to begin playing both sides of the Iran and UAE-Saudi Arabia conflict—even as UAE and Saudi Arabia decided to start moving toward Russia rather than the U.S. *All* had decided—mysteriously—the U.S. might soon be less of a factor in the region.

13/ In 2014, Putin started engaging in *joint investment* projects with the UAE, and—several years thereafter—Saudi Arabia (this process continues in 2019, see below). The man he put in charge of this Russia-and-UAE/Saudi Arabia detente? Kirill Dmitriev.  https://www.arabianbusiness.com/banking-finance/430300-russian-sovereign-wealth-fund-eyes-joint-investments-with-uae-saudi-arabia …

14/ So beginning in 2014, Dmitriev is Putin's point of contact with the UAE, which is—as the UAE and Saudi Arabia habitually do—using cash to buy friends and influence. Meanwhile, the UAE has hired two men to help it with U.S. *and* Russia relations: George Nader and Erik Prince.

15/ UAE agent George Nader, with Putin "friend" (per Putin) Dmitri Simes, UAE agent Erik Prince, and UAE agent Michael Flynn, are all advising Trump on Russia-UAE-Saudi Arabia foreign policy by 2016. But wait! Trump didn't stop *there* in sidling up to the UAE and Saudi Arabia.

16/ One of Trump's two best friends in the world, Tom Barrack, connects UAE's *ambassador to the US* Yousef al-Otaiba with Jared Kushner, and *al-Otaiba* becomes one of the top Middle East advisers to the Trump campaign. This is *stunning*, and I'll explain why in the next tweet.

17/ Trump claims Clinton *colluded with Ukraine* simply because the Ukrainian ambassador to the US, Valeriy Chaly, wrote (on his own accord!) an op-ed criticizing Trump for saying Russia should be able to keep Crimea (Ukrainian land). A very *understandable* position for Ukraine.

18/ Meanwhile, Trump was *secretly being advised on a regular basis* by the *UAE's* ambassador to the U.S., which if Chaly's op-ed is "collusion" means Trump and his campaign colluded with the UAE *hard* following the fall 2015 "Red Sea summit" in which UAE decided to back Trump.

19/ But how do we know Trump having at least four Emirati agents on his national security advisory corps, and the Emirates having decided to back Trump in fall 2015, actually *led* to anything?

I don't know, maybe because the NYT reports it led to *this*:  https://www.nytimes.com/2018/05/19/us/politics/trump-jr-saudi-uae-nader-prince-zamel.html …

20/ That's right: two of his UAE-agent advisers, Nader and Prince, came *to his NYC house* and met with his son and offered election aid and Donald Trump Jr. responded "approvingly." This, then, days after the RNC in Cleveland, was when the UAE was going to make good on its plan.

21/ But wait! you say. I don't remember hearing anything about Saudi Arabia or UAE actually *helping* Trump...did they? The long answer is that this is why PROOF OF CONSPIRACY became a NYT bestseller—because yes, they did, and we have the receipts for it. It's a historic scandal.

22/ Trump wanted AMI—owned by pal David Pecker—to pay his mistresses pre-election because he thought their stories would sink him. *Prior* to the UAE-Saudi-Trump meeting at Trump Tower, AMI said "no"—they didn't have the money (and apparently didn't trust Trump to pay them back).

...and suddenly Pecker had the cash to pay off Trump's mistresses. Saudi Arabia would later allegedly hack Jeff Bezos and give the pics to AMI to aid Trump *post*-election.

24/ As for UAE—which, remember, wanted Soleimani dead, as it told Trump through his top national security adviser Erik Prince (and likely others, but we don't know)—what it had to offer was rather different, and involves someone else in the room at Trump Tower on August 3, 2016.

25/ Joel Zamel, a man close to the Israeli government—a key player in Flynn's Saudi Nuclear Deal—and a man recommended to Trump's campaign *by Netanyahu's former chief of staff*, was also in the room when UAE/Saudi Arabia offered to help Trump.

Zamel is in business intelligence.

26/ PROOF OF CONSPIRACY does a deep dive on this, but the short version is, Zamel pitches to the Trump campaign a domestic disinformation scheme identical to what the Russians were doing. He pitches it *before* Trump Jr. responds "approvingly" on August 3.  http://nymag.com/intelligencer/2018/05/understanding-the-new-trump-campaign-collusion-story.html …

27/ In mid-2016, Zamel *asks Nader*—the Trump adviser who's also (like Prince) an emissary from the UAE/Saudi Arabia—for the UAE/Saudi Arabia to pay millions for his domestic disinformation campaign. The next evidence we have is Zamel telling Nader post-election the op occurred.

28/ That's a brief summary—but the upshot is, the UAE/Saudi Arabia agreed to help Trump; stacked his advisory corps with their agents; offered the Trumps aid directly; were approached to pay for the aid scheme (disinformation); and post-election it was confirmed the aid happened.

29/ All this is sourced across the 4,300+ citations and 950 pages of PROOF OF CONSPIRACY. Sourced to within an inch of its life. But how does this all relate to Soleimani? Well, ask yourself—why wouldn't Trump want UAE and Saudi help for the *2020* election, too? So *here we go*:

30/ In the past 72 hours, we learned that not only did Trump lie about the intelligence regarding an "imminent" attack on U.S. interests from Gen. Soleimani (there was no such intelligence), in fact we had intel saying Soleimani's IRGC was *standing down*.

31/ So if the IRGC was *standing down*, why concoct an elaborate lie about "four embassies about to be hit" just so you can kill someone {*checks notes*} the UAE has long wanted you to kill...

...a few hours into an election year?

But we have more evidence than this—a lot more.

32/ You see, it turns out that on the same night Trump had Iran's second-most powerful man assassinated, he *also* tried to assassinate *another* man we had *no* imminent-attack intelligence on but was a key enemy of... wait for it... the UAE/Saudi Arabia.  https://www.independent.co.uk/news/world/americas/us-politics/iran-us-abdul-reza-shahlai-airstrike-qassem-soleimani-death-a9279351.html …

33/ So, *hours* into an election year—after colluding with UAE/Saudi Arabia in the *last* election—Trump suddenly tries to kill a guy in Yemen who has little to do with *our* interests and much to do with Emirati/Saudi interests, and assassinates another guy and *lies about why*.

34/ America, your sons and daughters in uniform were almost dragged into another major war in the Middle East—which would've killed *thousands* of our brave soldiers—so Trump could appease two nations he believes will collude with him again in 2020. Then he tried to cover it up.

35/ This—and I've never said this before—begins to *approach* Treason, even if not necessarily there yet, as it comes at a time Trump says he is *acting under an authorization of military force*, i.e. in a *time of war*. So when you sell out our soldiers in wartime, what is that?

36/ Please understand: this is Twitter. I'm giving you the G-rated, children's-bedtime version of the story. I have to—as I already know that even an *approximation* of the full story takes {*checks PROOF OF CONSPIRACY*} over 4,300 citations and 950 pages. So this is a *summary*.

37/ Left out of this thread is 95% of the story. For instance, do you know what the UAE/Saudi Arabia have been working on with Erik Prince for five years? (1) using soldiers as mercenaries, and (2) using assassination squads to kill enemies.

38/ That's right: even Trump's *tactics* are taken from Prince, Nader, Mohammed bin Zayed and Mohammed bin Salman. He's turning our brave soliders into *mercenaries Saudi Arabia/UAE pay for*. And what does he want them to do for UAE/Saudi Arabia? Assassinate people.

39/ The U.S. declined to kill Soleimani for *15 years* because all the intelligence we had said that killing him would make our soldiers *less safe*. And Americans, polled on this, *agree* with that assessment:  https://www.usatoday.com/story/news/politics/2020/01/09/killing-soleimani-made-us-less-safe-trump-reckless-iran-poll/2835962001/ …

40/ And by the way, who does Erik Prince, acting as Trump's envoy, secretly meet in the Seychelles during the presidential transition? Kirill Dmitriev, Putin's man in the UAE.

When you read PROOF OF CONSPIRACY, you see that *all* the evidence points in the same direction. *All*.

SOURCE/ All this—and far more—can be found in PROOF OF CONSPIRACY, the New York Times bestseller that @bookauthority just named one of the Top 100 Political Books of All Time. I'm trying to get folks to read it during this national crisis. I hope you will.  https://www.amazon.com/Proof-Conspiracy-International-Collusion-Threatening/dp/1250256712 …

ADDENDUM/ I can't resist offering one more tidbit regarding how big—and, oddly, by the end, how *obvious*—this historic scandal involving Trump's Iran policy is. Guess who in mid-2019 signed a new defense pact with the UAE? That's right: a career criminal.  https://www.upi.com/Top_News/World-News/2019/05/30/US-United-Arab-Emirates-join-new-defense-agreement/2311559213114/ …