Live thread on the just-released trove. 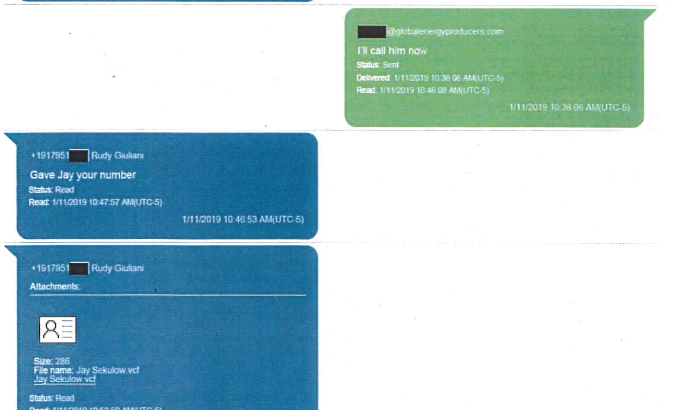 Handwritten note on Ritz-Carlton, in a trove that appears to be associated with documents shared with the committee by Lev Parnas.

" * get Zalensky [sic] to Announce that the Biden case will Be Investigated."

Specifically, it's from the Ritz-Carlton in Vienna, where Parnas and Fruman were bound before their arrest in Washington's Dulles airport.

The note has the U.S. Attorney's office markings on the bottom right.

Another page of the note: "Victoria/Joe Retained," an apparent reference to Joseph diGenova and Victoria Toensing, the council for oligarch Dmytro Firtash 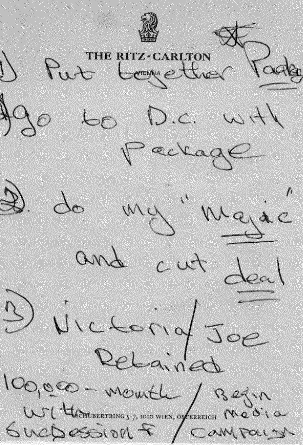 Next page of the note is a two-part chart:

All three share the same client: oligarch Dmytro Firtash, who is facing federal bribery and racketeering charges in the United States. 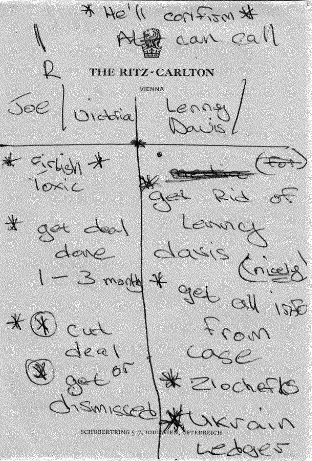 In a letter congratulating him on his electoral victory, Rudy Giuliani writes to schedule a meeting with Ukrainian President Volodymyr Zelensky.

"I will be accompanied by my colleague Victoria Toensing," he wrote, referring to the counsel for indicted oligarch Dmytro Firtash. 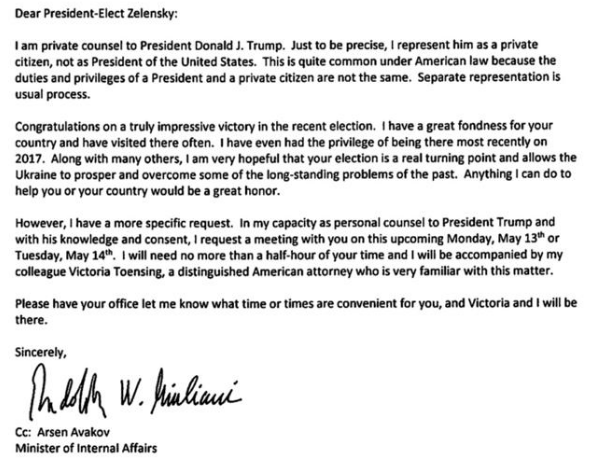