Since this comes up a lot, a quick run though of the testable, falsifiable, science that supports a human cause of recent trends in global mean temperature. 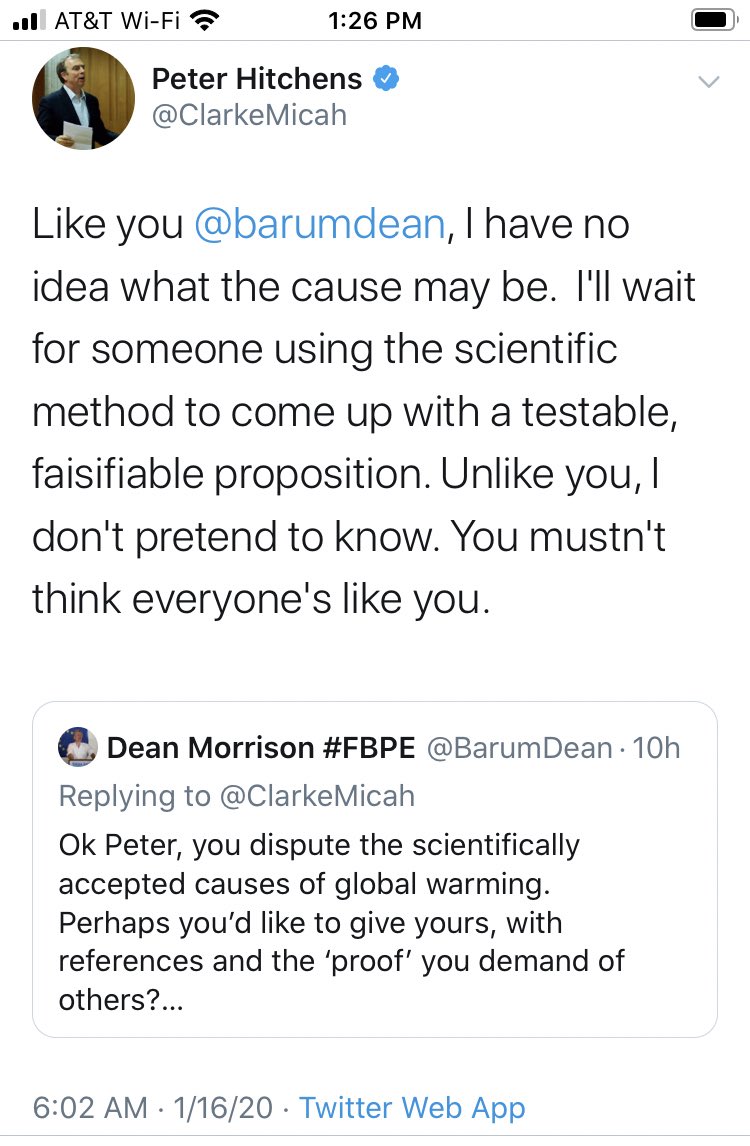 First off, we start with the observations:
1) spectra from space showing absorption of upward infra-red radiation from the Earth's surface.
2) Measurements from around the world showing increases in CO2, CH4, CFCs, N2O.
3) In situ & space based observations of land use change

With this validated physics, we can estimate contributions to the longer term trends.
https://www.bloomberg.com/graphics/2015-whats-warming-the-world/ …

This too is of course falsifiable. If one could find a model system that matches all of the previously successful predictions in hindcasts, and gives a different attribution, we could test that. [Note this does not (yet) exist, but let's keep an open mind].

If you have a theory that you don't think has been falsified, or you think you can falsify the mainstream conclusions, that's great! We can test that too! (But lots of people have tried this already so expect there to be an answer already).