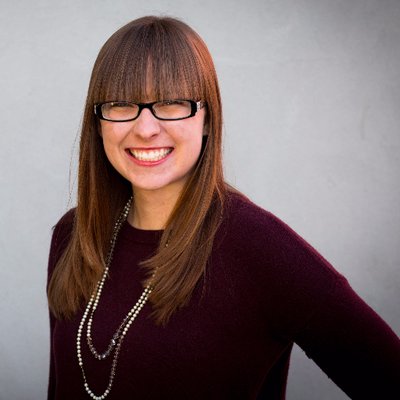 As a researcher who studies college sexual assault, one of the most common questions I'm asked is, "My daughter is starting college soon and I'm so concerned about campus sexual violence. What do I do as a parent?" Here's my answer:

The reality is that nothing you or your daughter can do will guarantee that she won't experience violence in college. Victims don't "cause" rape, which means they can't necessarily prevent it either.

The very best thing you can do is develop an open and non-judgmental relationship with your daughter around issues of sex and her personal autonomy. Those are the best predictors that survivors will talk to their parents following an assault.

As a part of this, drop the lectures on risk reduction techniques. Parents who taught their daughters not to drink too much or go out alone after dark are the parents my participants least want to tell about their assaults.

That being said, there is one intervention targeting women that--while in early stages--has been able to reduce sexual violence rates. The focus isn't on rape prevention tips, but on feminist empowerment.  https://charlenesenn.ca/research/

The part I find most compelling are the lessons on un-learning a traditional feminine gender role. Basic stuff like, "You don't have to continue a conversation with a guy that you aren't enjoying just to be polite."

If I think about those lessons in the context of a child's home, this is the advice I'd offer: Let your daughters blow off their dad sometimes. Let them question his authority. Let them talk back. Let them leave the room in the middle of an argument.

Build a relationship between a father and daughter that teaches her that she is equal to men. That she has the right to set her own boundaries and see them respected.

This will be especially important if the greatest risk to her is an authority figure (e.g., a professor, coach, doctor). But it will also apply when the threat is a peer.

Reduced self-blame is a big deal. It is associated with reduced trauma symptoms and a greater capacity to seek help from both formal and informal resources.

I want to reiterate that that is your responsibility as a parent to a college woman: not to prevent sexual assault, but to make it less harmful if it does happen.

My other big piece of advice is to hold your daughter's college of choice accountable. Because the college CAN prevent sexual assault and protect your daughter in a way you will never be able to.

Ask about sexual assault prevention and response on campus. Ask how fraternities are regulated. Ask what kind of prevention training the football team gets. Ask about the expulsion rate in Title IX cases. (And show visible disappointment if it's low.)

Ask what resources are available for survivors. Ask how they are funded and if there are plans to expand them. Ask about the training professors receive on supporting the survivors in their classes. Ask to see the victim advocacy office. (Then suggest they need more space.)

Make these questions a part of your campus visit. Make clear that you're worried about the protection of victims.

Above all, treat your daughter like the valued grown up she is and insist that her college does the same.

And one more thing—your daughter might already be a survivor of sexual assault. Make room for that possibility. Be open to her story even if her perpetrator is a family member or a peer who you thought was “such a nice boy.”

You might not get to be the expert on sexual violence in that conversation. Your daughter might be the one teaching you.

Since a lot of you are asking about books (and giving your endorsement of "The Gift of Fear"), I wrote a quick thread with recommendations:

Self-defense is coming up a lot as well. Here's what the research says on that: