I do understand the need for everyone to call a bottom (no one likes a #recession), but please do not. We are not even near it.

Like we explained already in October 2017, this has been China's cycle. 👇

Now, it seems, that the very aggressive easing by the #Fed and the #ECB have gotten many confused, calling a recovery ála 2015/2016.

But, like explained here 👇, such a scenario is not coming. #China lacks the means to orchestrate such a stimulus. 2/
https://gnseconomics.com/en_US/2020/01/10/the-end-of-the-chinese-miracle/ …

So, what's going on?

China's efforts to appear strong in the trade negotiations forced the Beijing to enact utterly desperate debt-stimulus all through 2019. 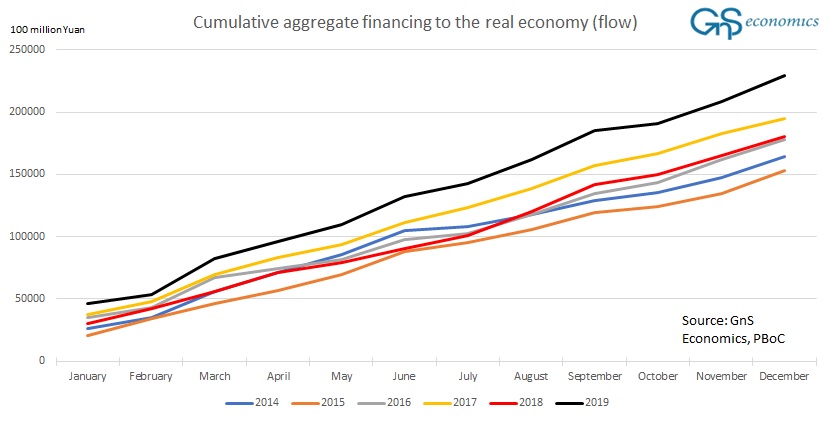 Which means that #China has either reached or is very close of reaching "debt saturation".

In it, households, corporations and banks are so levered that they cannot (efficiently) accept more debt.

Why is this so crucial? Because of this. 👇

The leverage-cycle of #China has been driving the global #economy for the past decade, most notably during the past five years. 5/ 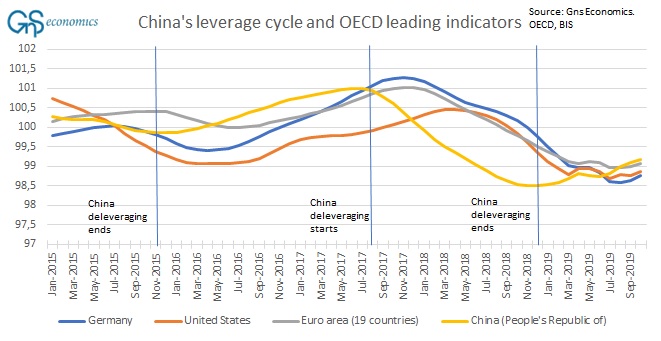 Those arguing that the 'green shoots' are the making of central bank easing, are not seeing straight.

This WHOLE global business cycle has been almost completely of #China , and now it's running out of ammo.

Yes, by the act of desperation, China could push... 6/

... the cycle up once more, but only by using all resuscitation capacity it has left. We are highly skeptical that China's leaders want to conduct such an "amok run".

That's why small "surgical" stimulus operations are more likely, and they will not save the world economy. 7/

And, when the global cycle turns down, possibly violently, the US credit markets and the European banking sector are likely to fall into turmoil.