1) Casper vs. Purple is an interesting case study in the benefits of being public vs. private.

Going public forced Purple to develop discipline that can clearly be seen in their superior growth/profitability metrics vs. Casper.

2) Since going public, Purple has grown faster than Casper and now generates cash vs. Casper still burning $65mish or 20%ish of revenue YTD.

Ironic that Purple has outgrown Casper after going public given the prevailing logic around the benefits of staying private for growth.

Purple was significantly smaller than Casper when it went public in 2017. Fast forward to 2020: Purple will likely be both larger and faster growing than Casper as being profitable lets Purple continue to invest while Casper focuses on costs.

4) It’s one thing for a board of VCs to tell a founder they need to get religion on unit economics and profitability. It’s another thing entirely to see your stock decline and talented employees leave. That really focuses the mind.

Sidenote: Casper’s board actually quite good.

5) Purple’s stock went straight up when the Casper S-1 came out.

Purple’s revenue growth accelerated from 36% in Q2 2019 to 66% in Q3, almost 3x faster than Casper in Q3 of 2019 as Casper slowed down spend; likely helping Purple’s CAC given the way the AdWords etc. auctions work 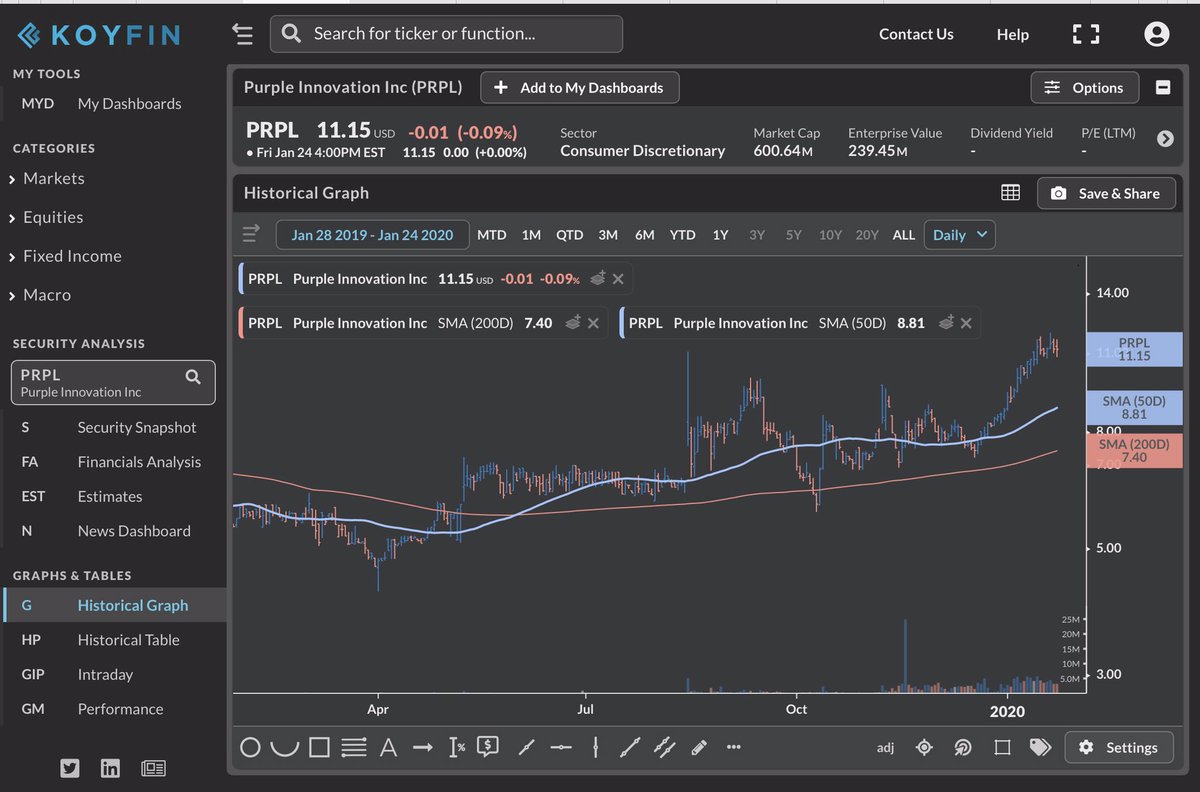 6) Initially avoided commenting on Casper as I don’t like pile on’s, but the numbers here really show the benefits of being public.

I hope Casper succeeds – habits are hard to change but going public will be great for them and my sense would be that they have the best brand.

7) Should also note that Purple has a very different distribution strategy and sells at a higher price point - learned this from my replies. ❤️ Twitter.

Also highly recommend following @Post_Market who made me aware of Purple’s relative success.