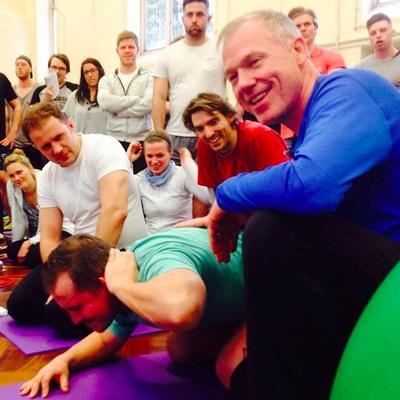 Heck of a few days. Walking the grounds of Stanford University w/ Gray & Stu seeing them connect about cars & motors etc was fantastic. The day was not without its hitches. 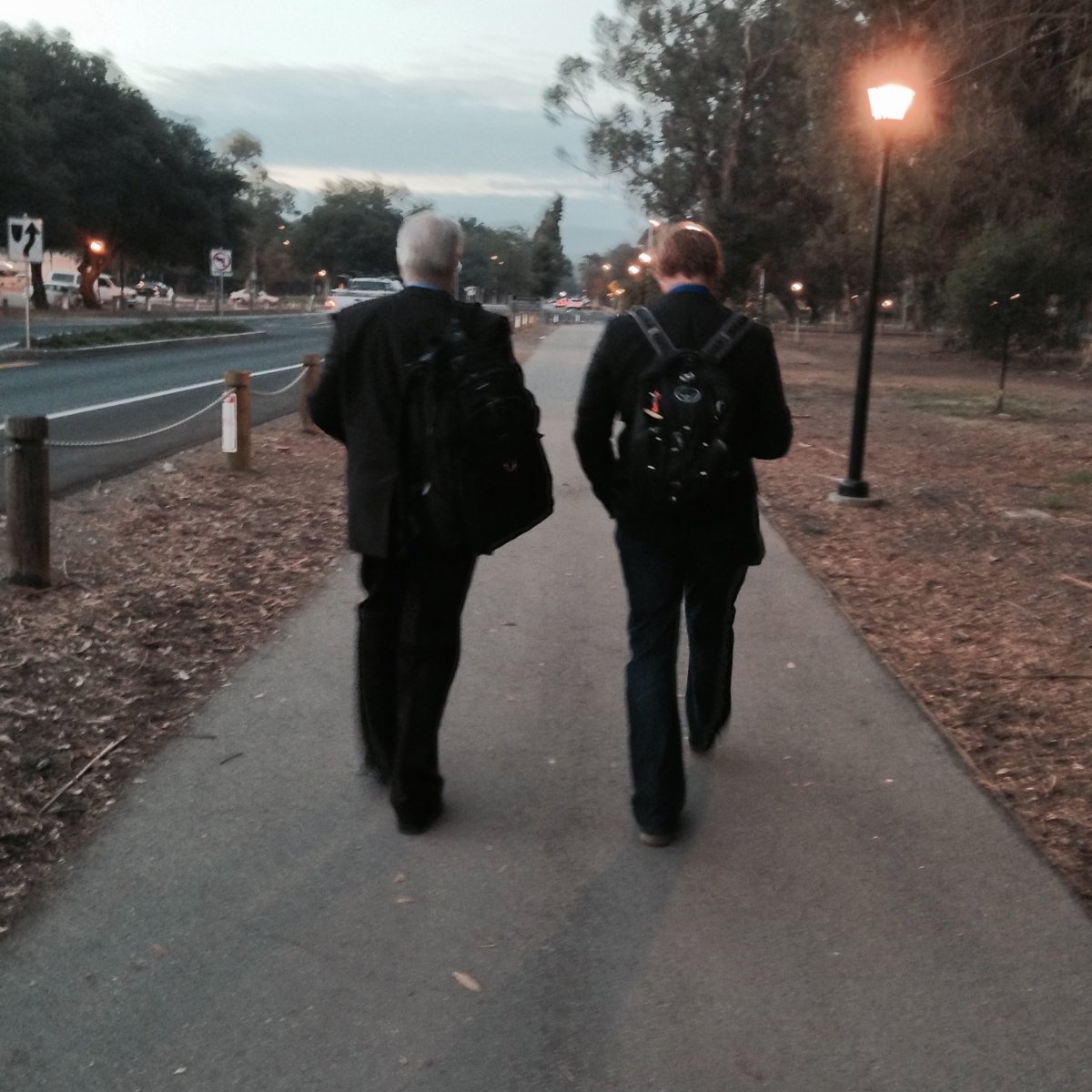 Registration delays 💯 my fault as long lines waited to get in to the hall. Our lead off speaker Stanford Orthopedic Surgeon Ed Carragee former chief editor of Spine cancelled last minute. Literally! 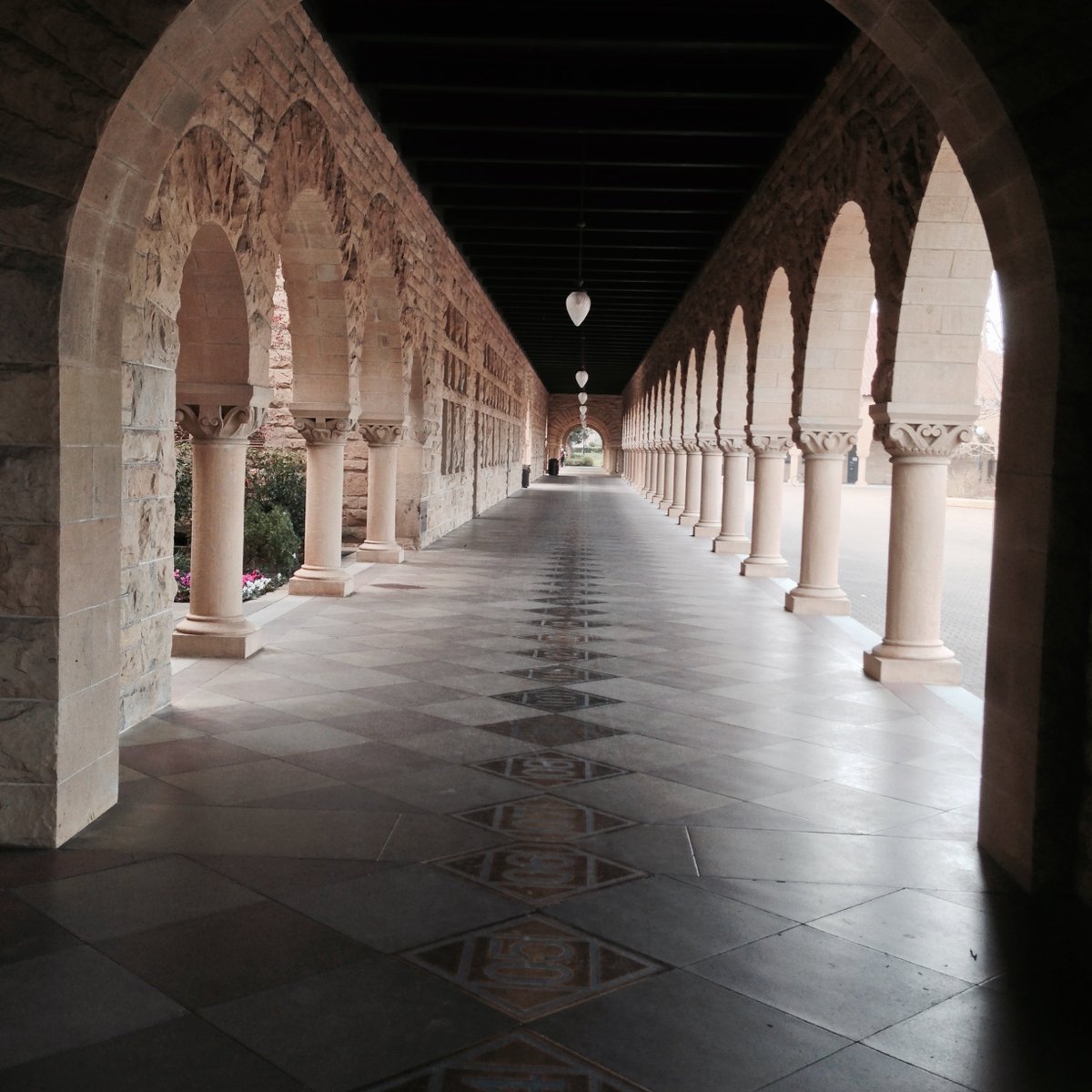 It was a hot day & the AC didn’t kick on. W/ hundreds in the auditorium & Stu doing a thorough lit review of the FMS revealing all its flaws the temperature was rising. 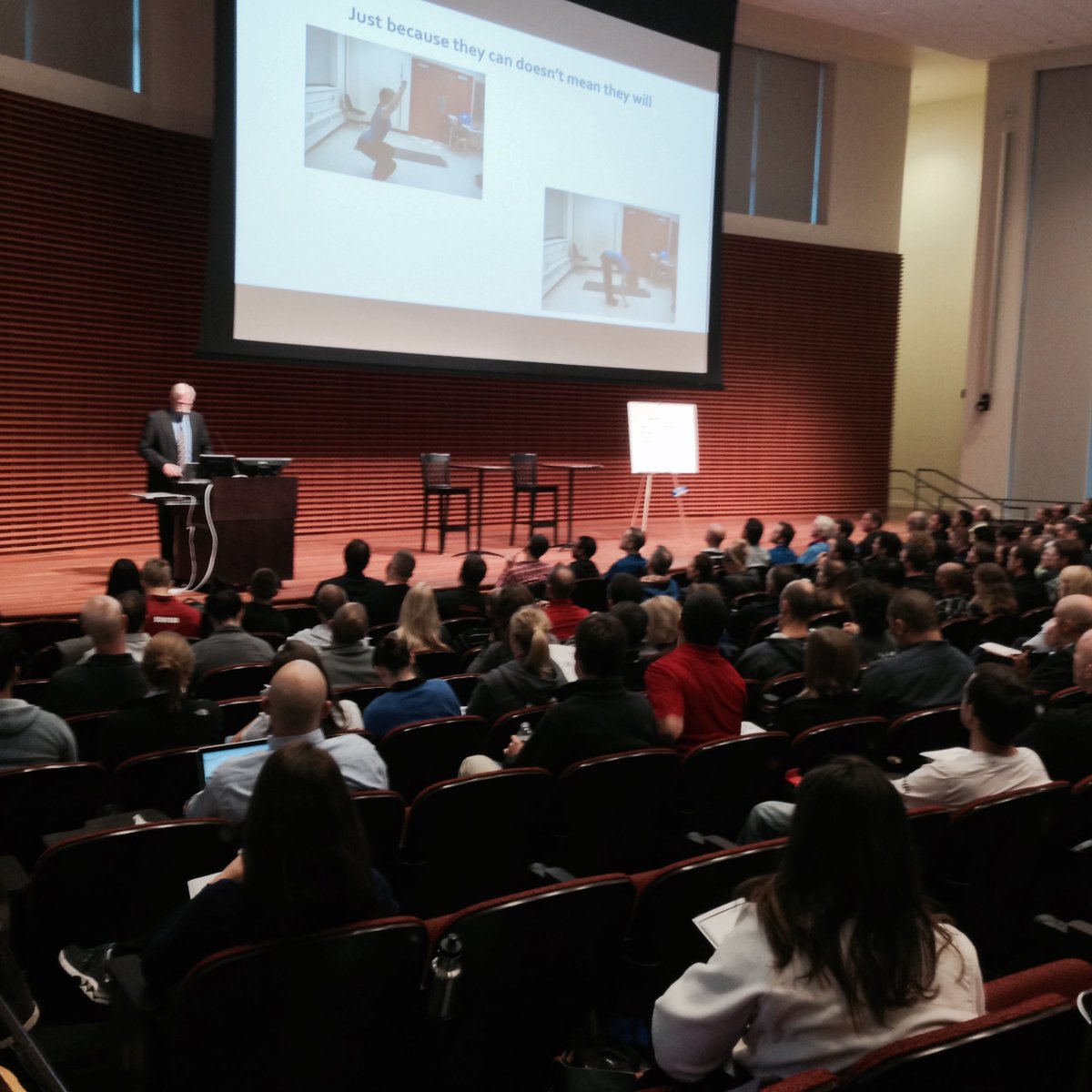 Gray showed such aplomb. Never defensive. Honoring the process. The temp hit 80 then 85 or more I don’t know. They both evaluated a weight lifter w/ a history of LBP who was my patient. 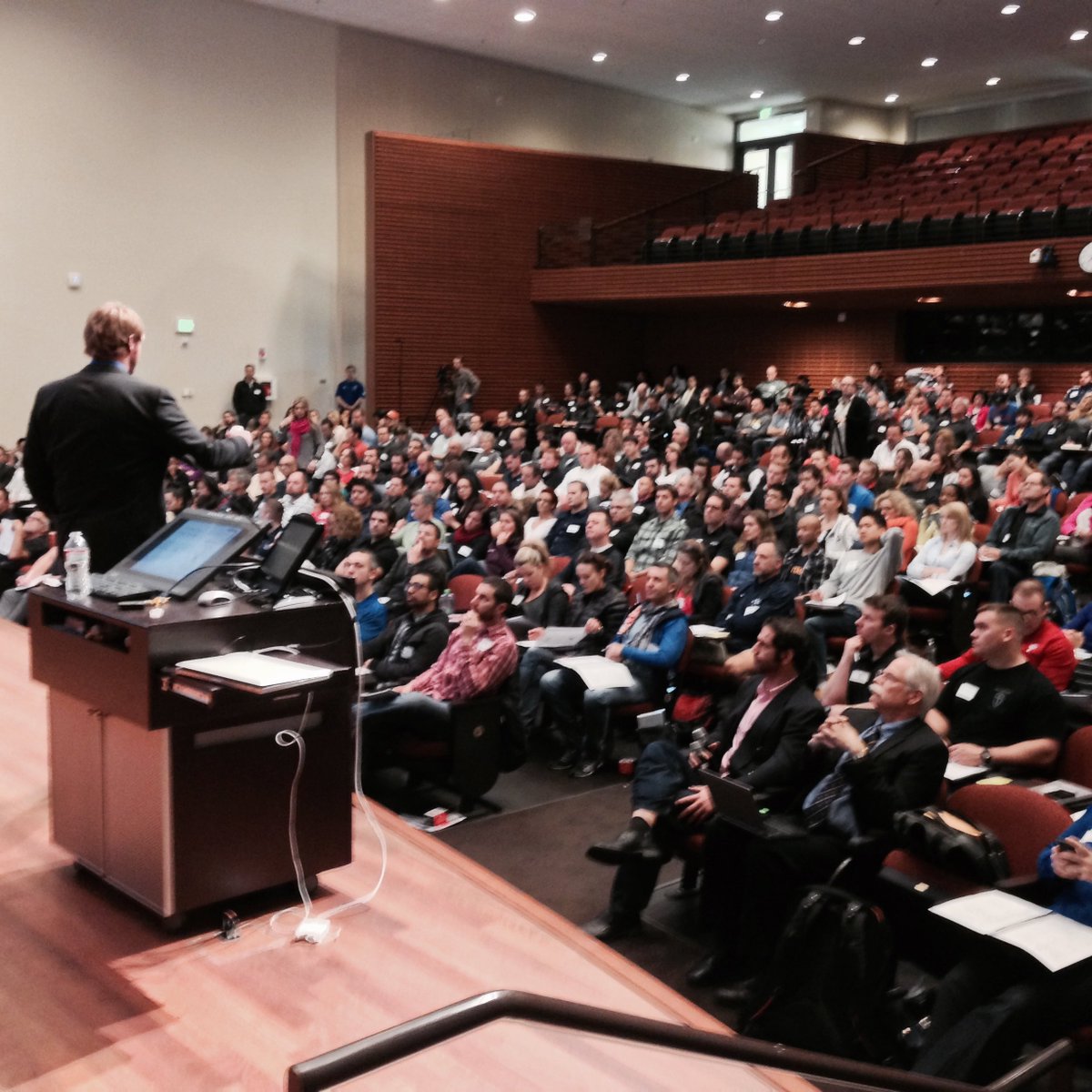 Gray said he passed the FMS. Stu had him set up w/ battling ropes in the EXOS foundation position - the 1/4 squat. As he started w/ the ropes Stu immediately declared he failed & was not qualified for load. 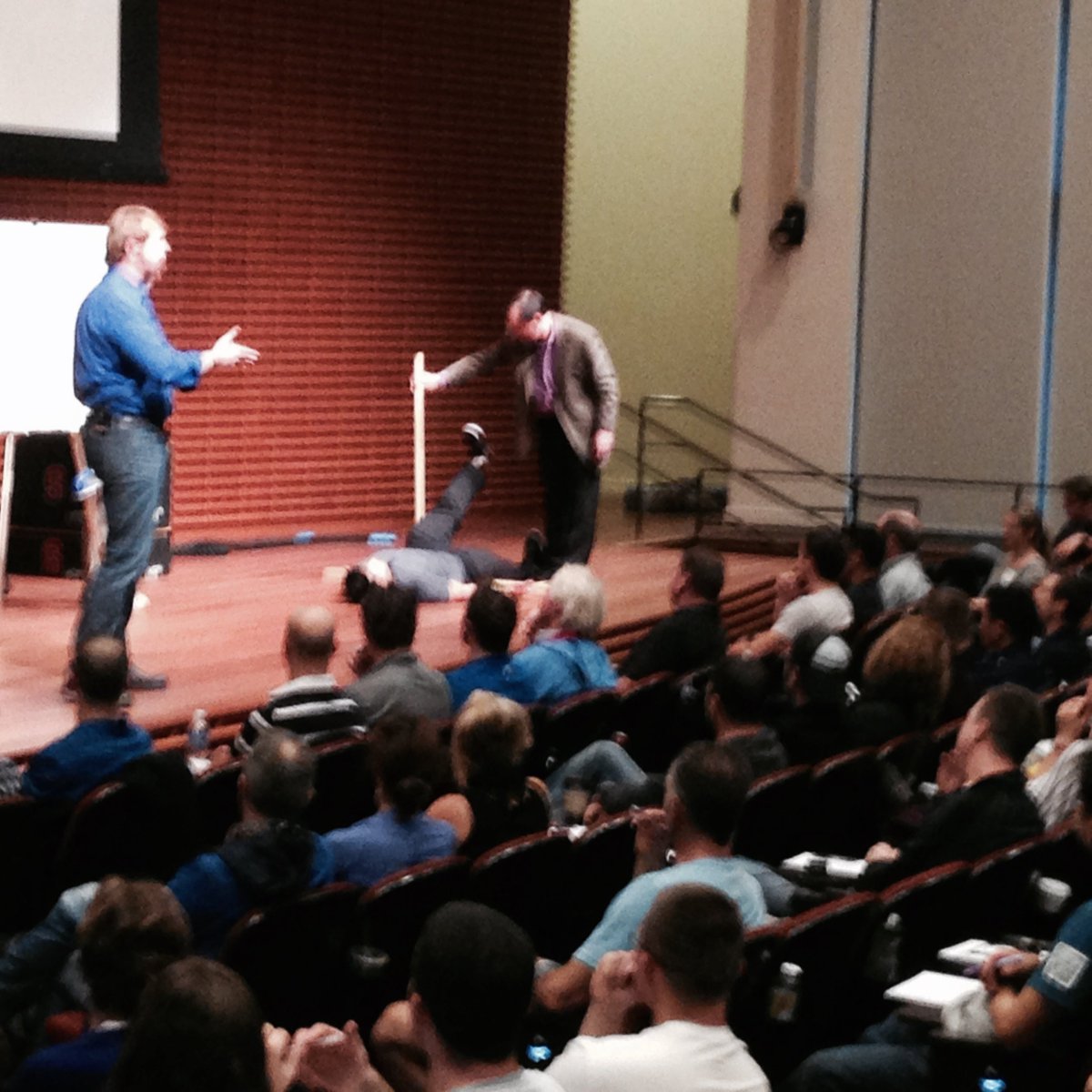 He palpated his standing back & said yes here you can feel he has a herniated disc. Then he explained we must evaluate posture, speed & load. 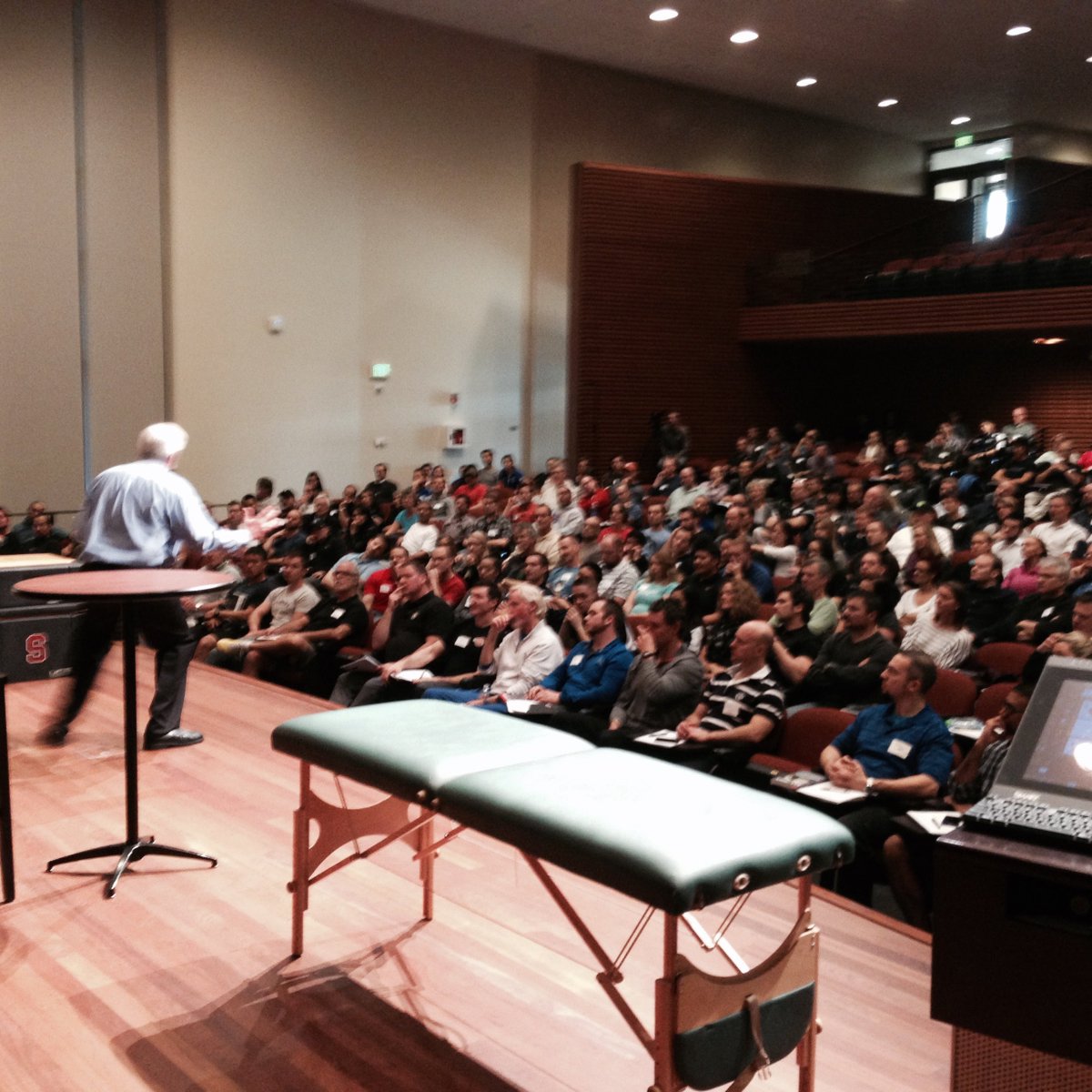 Of course by now it was even hotter. It was mid afternoon & the maintenance crew had been called but wasn’t coming. The 3 of us retreated to the Green Room during a break. We waited & waited. I kept asking when are they coming. Gray said it was too hot to continue. 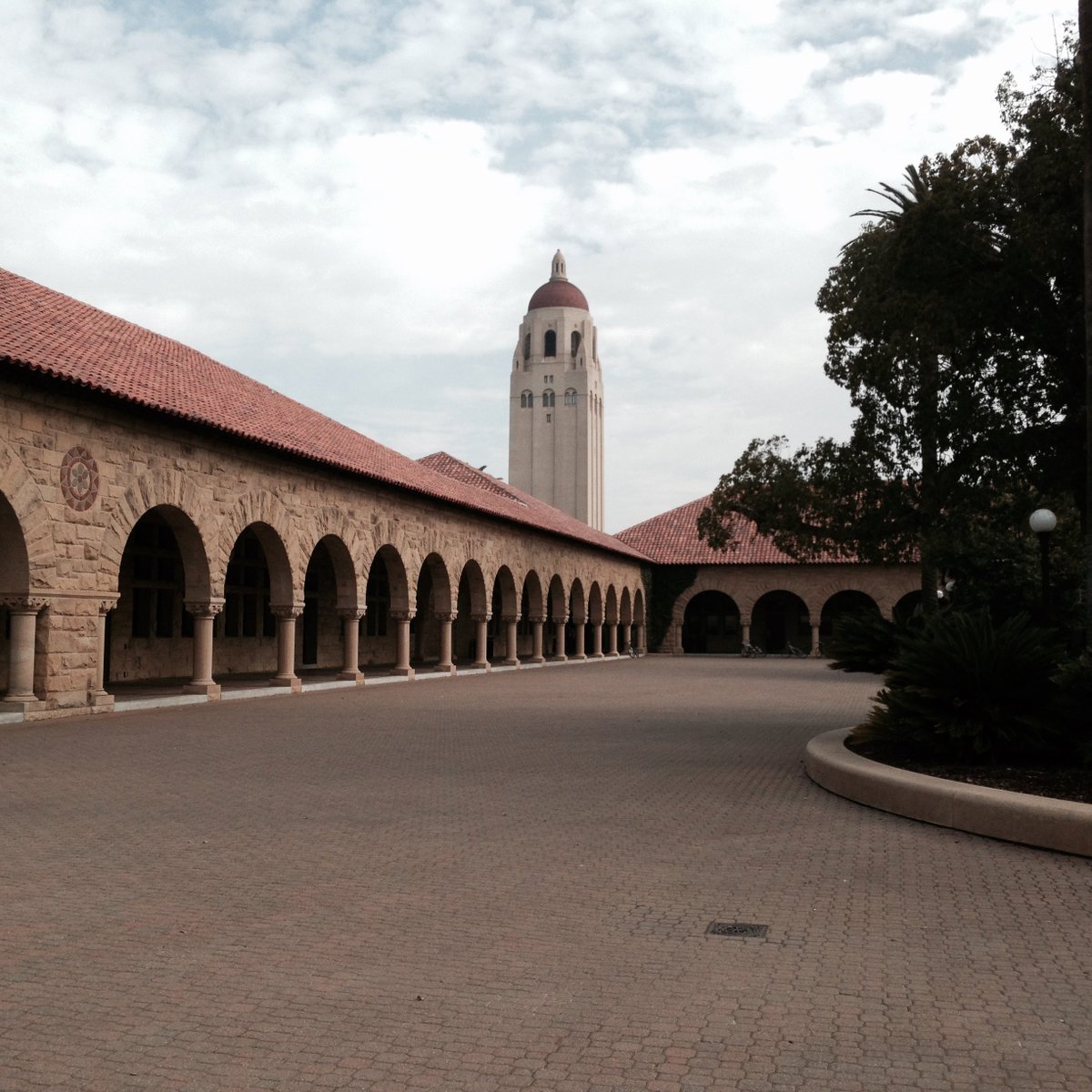 The audience was so patient in the sweltering heat. My temperature was rising as Eitan S. Gelber remembers. 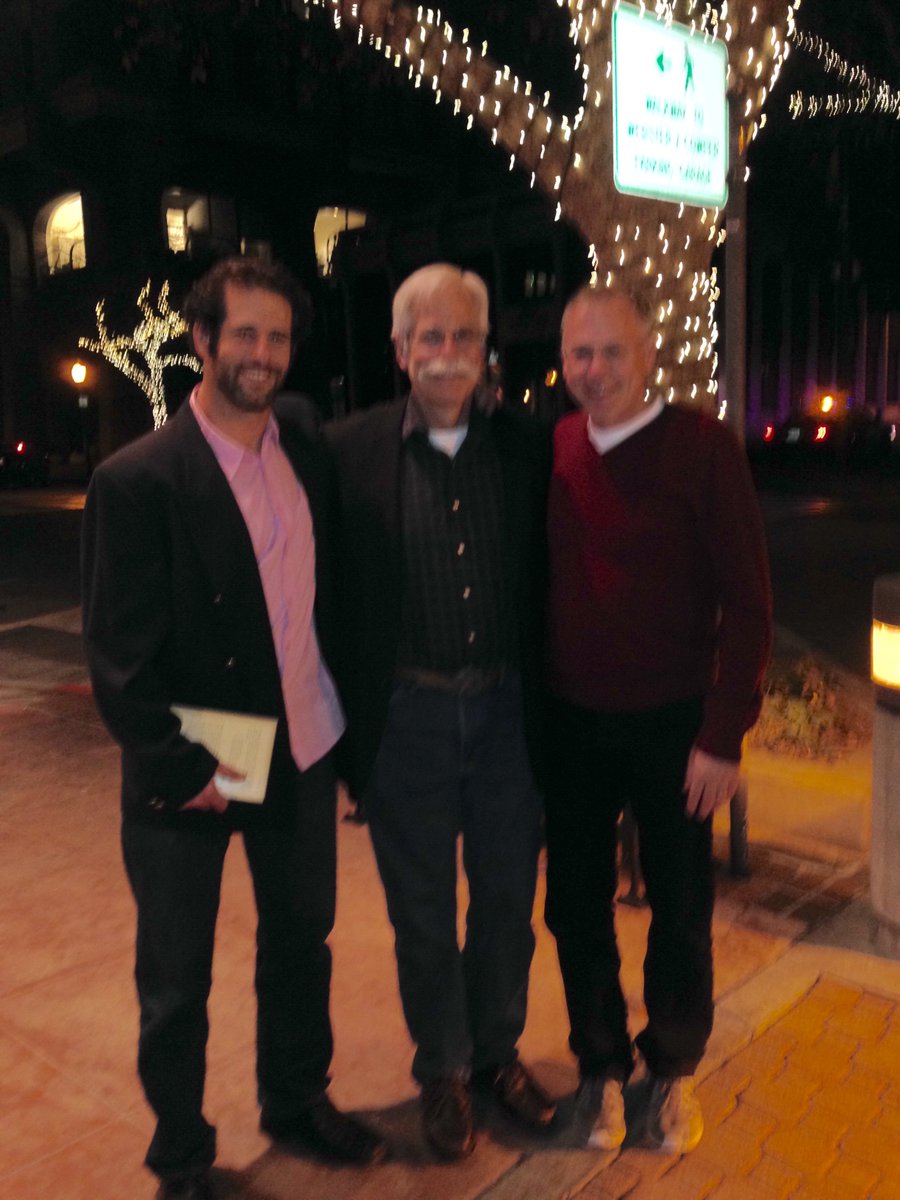 Finally, the AC kicked on. We returned for a Q & A and a final talk by me. The Q&A included questions to Gray like “would you change the FMS?” To which he was so humble. “I’m so proud my baby got so much scientific attention.” 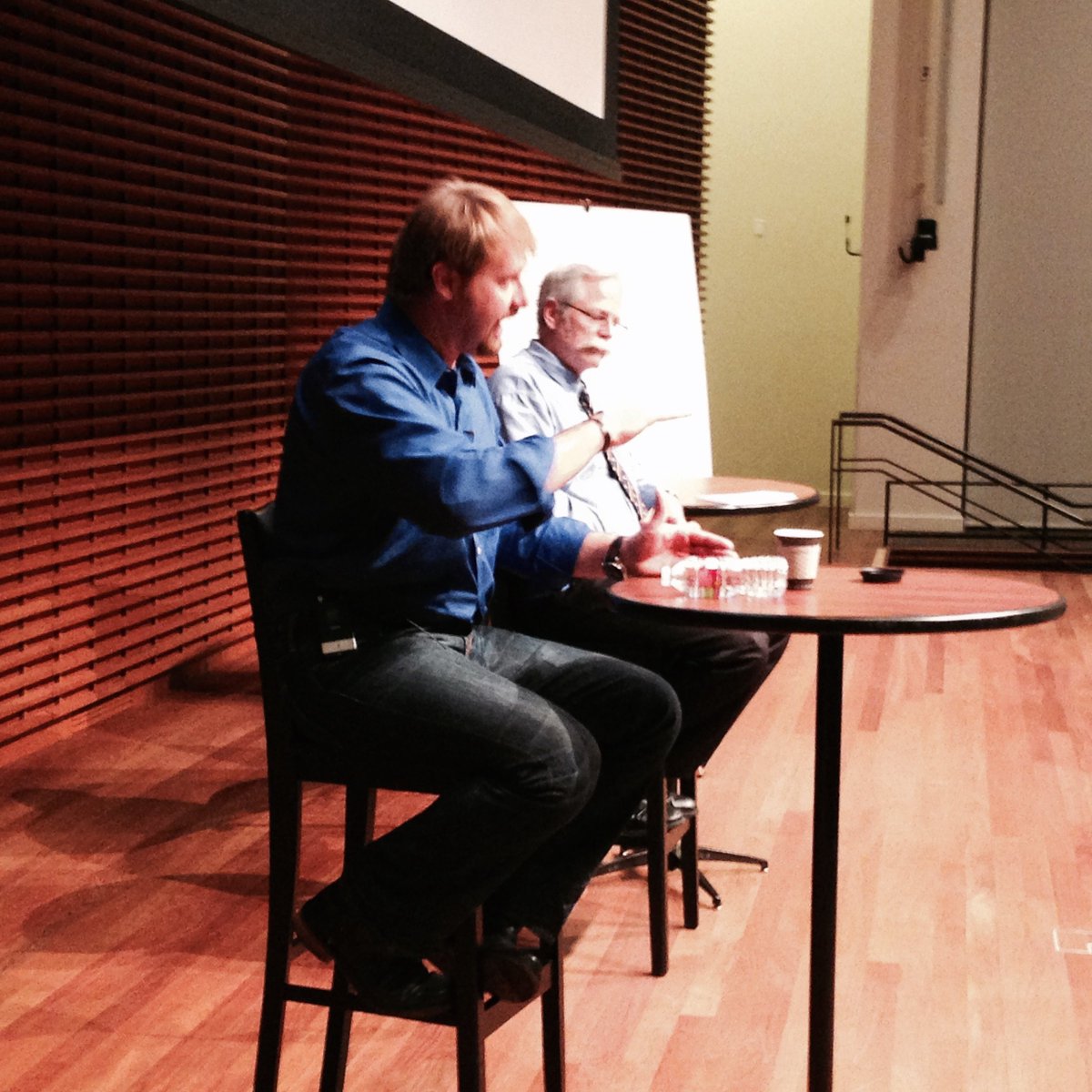 He said if he had to do it over he’d change the scoring. This was the highlight of the day for me. I was a die-hard advocate of precision form which is part of many corrective exercise systems like Stu’s & DNS. Both of which I had promoted & taught for years.

Gray said that he’d simplify the scoring by changing it from 0-3 to 0-2. 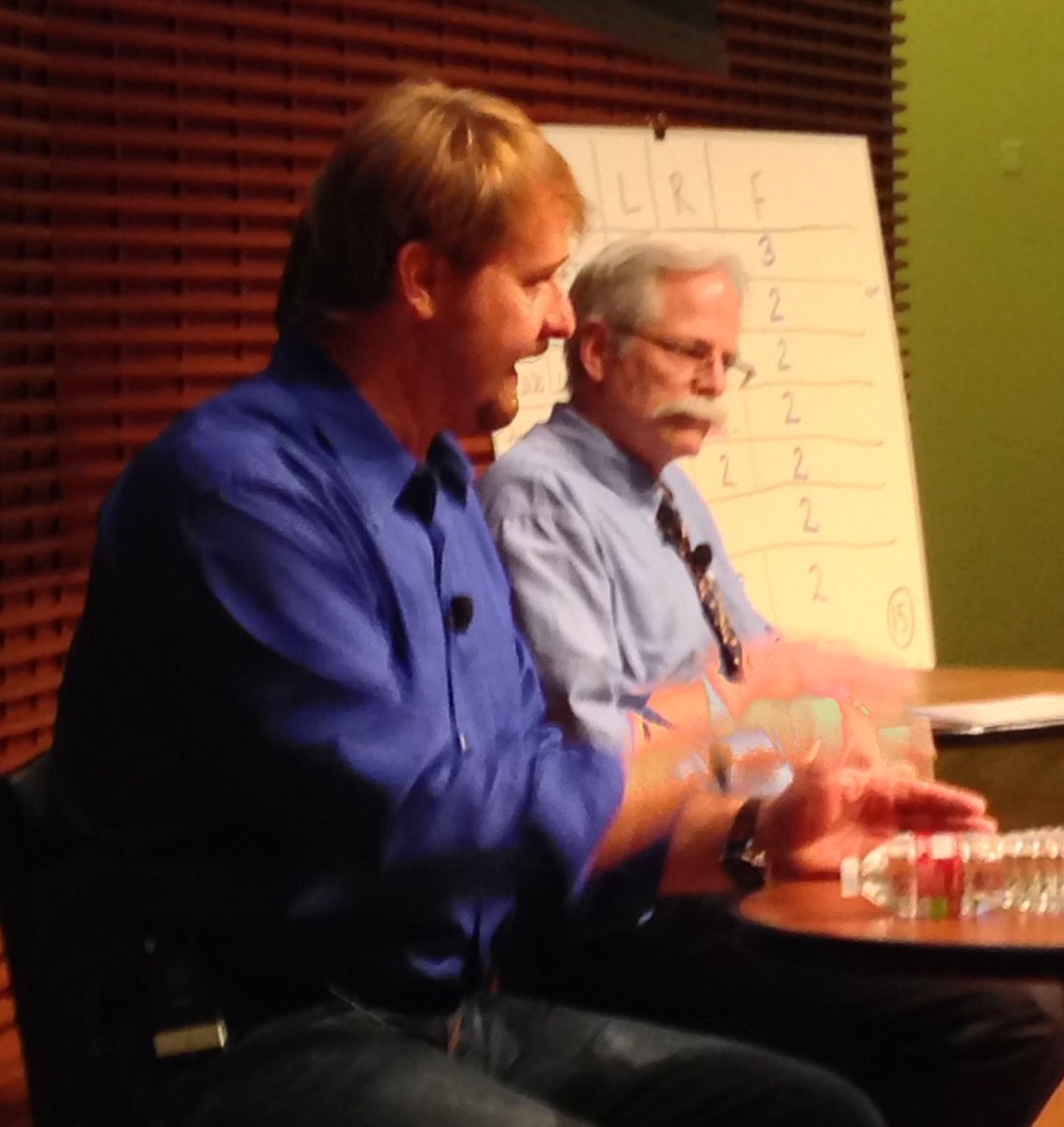 Why everyone wondered & more so which element to cut out?
❇️ Certainly not the 0, we need that as that indicates a clinical issue.

❇️ Probably merge the 1 & 2. Since they are both painless dysfunctions.

❇️ Not the 3 since that’s perfect form. 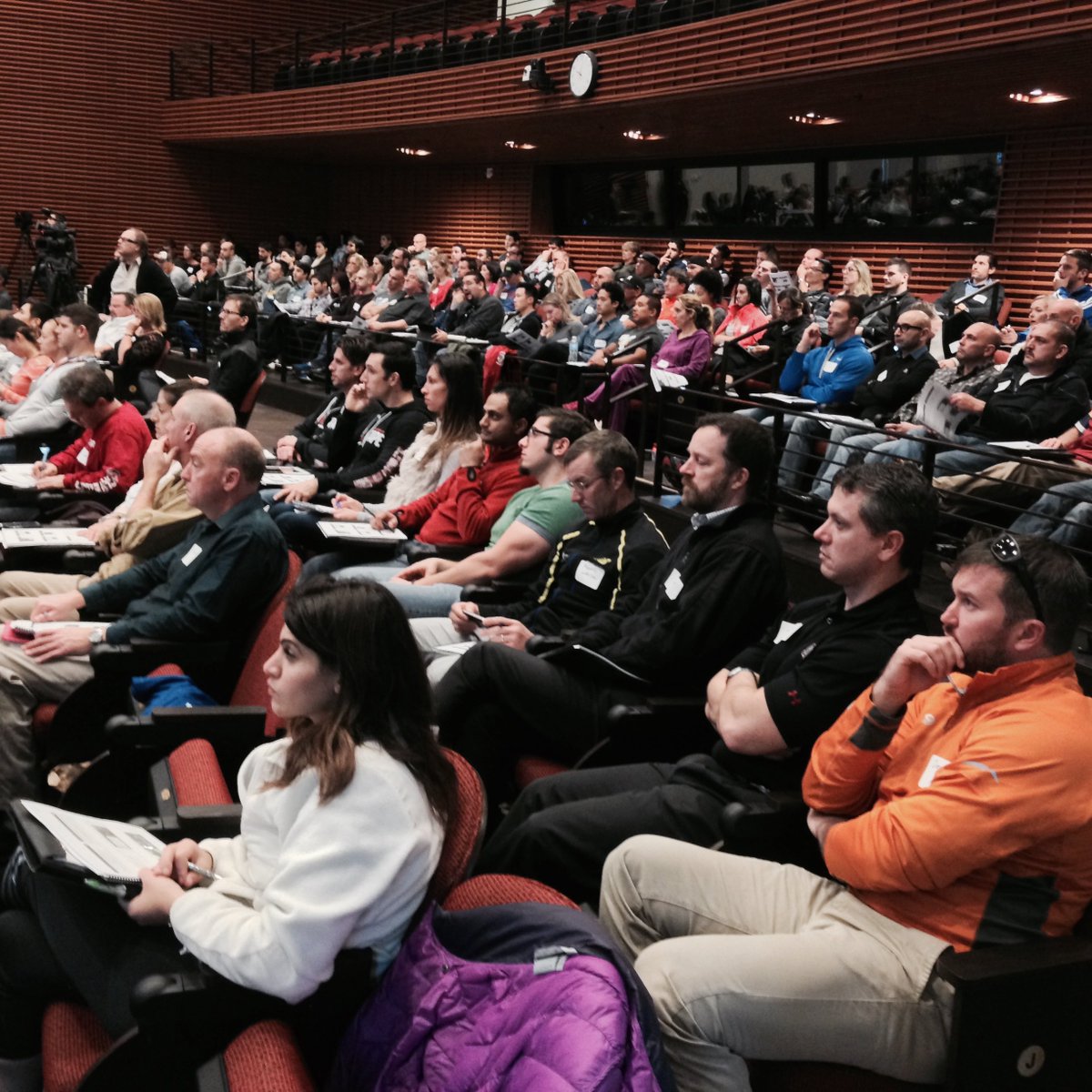 Yes, he suggested if he could do it again he’d merge 2 of the #s. But, while on the surface this didn’t seem so revolutionary what he said next has changed my career ever since. 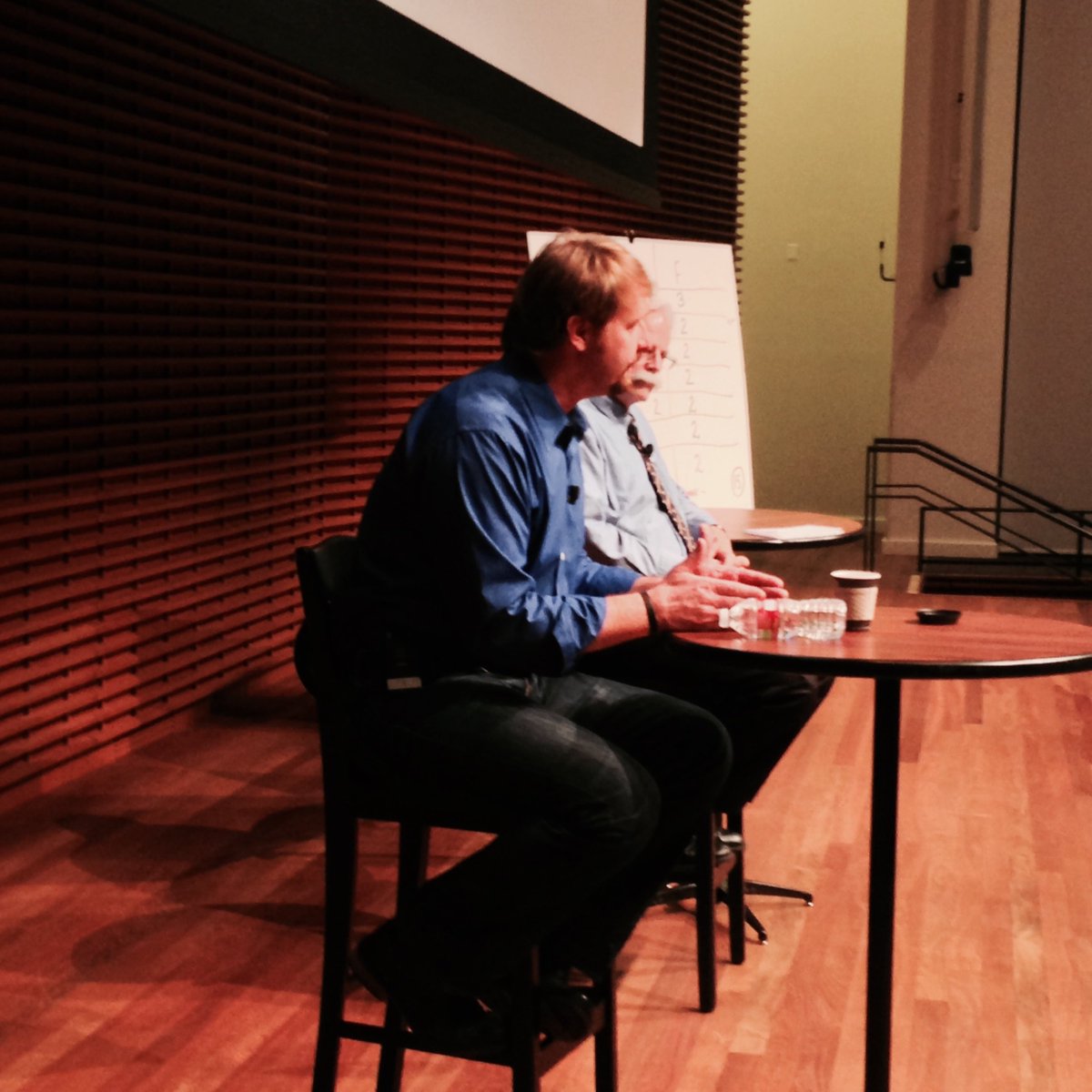 Instead of merging the 1 & 2 he said he’d merge the 2&3. His reason was so classic Gray - making the hard easy. Calling the 2s dysfunctional led people to over-correct rather then addressing the “low hanging fruit” of the 1s & then moving on to loading people. 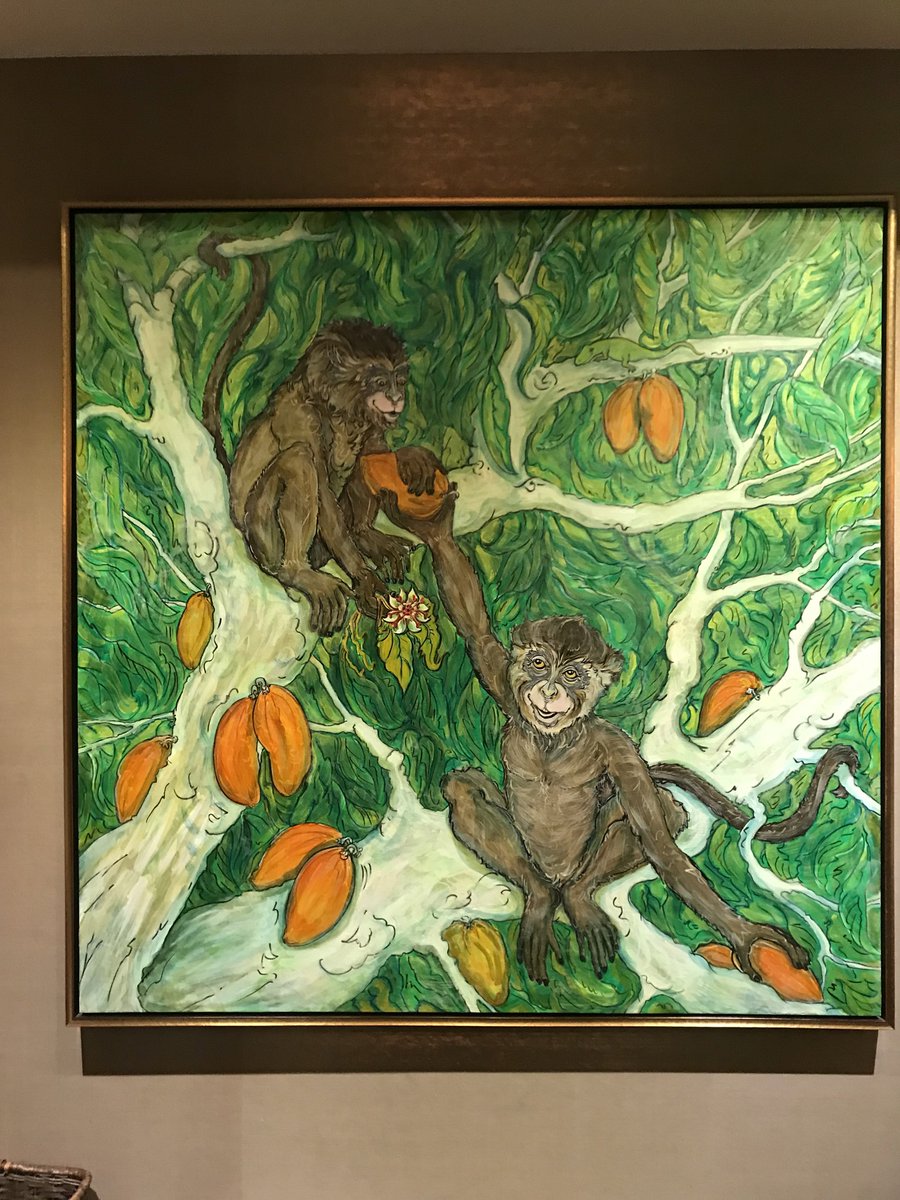 I am 💯 guilty of this as I had helped create a cottage industry of clinicians & coaches managing people away from load. Rehab purgatory. Correcting every dysfunction instead of addressing what’s in the basement & then building up GPP. 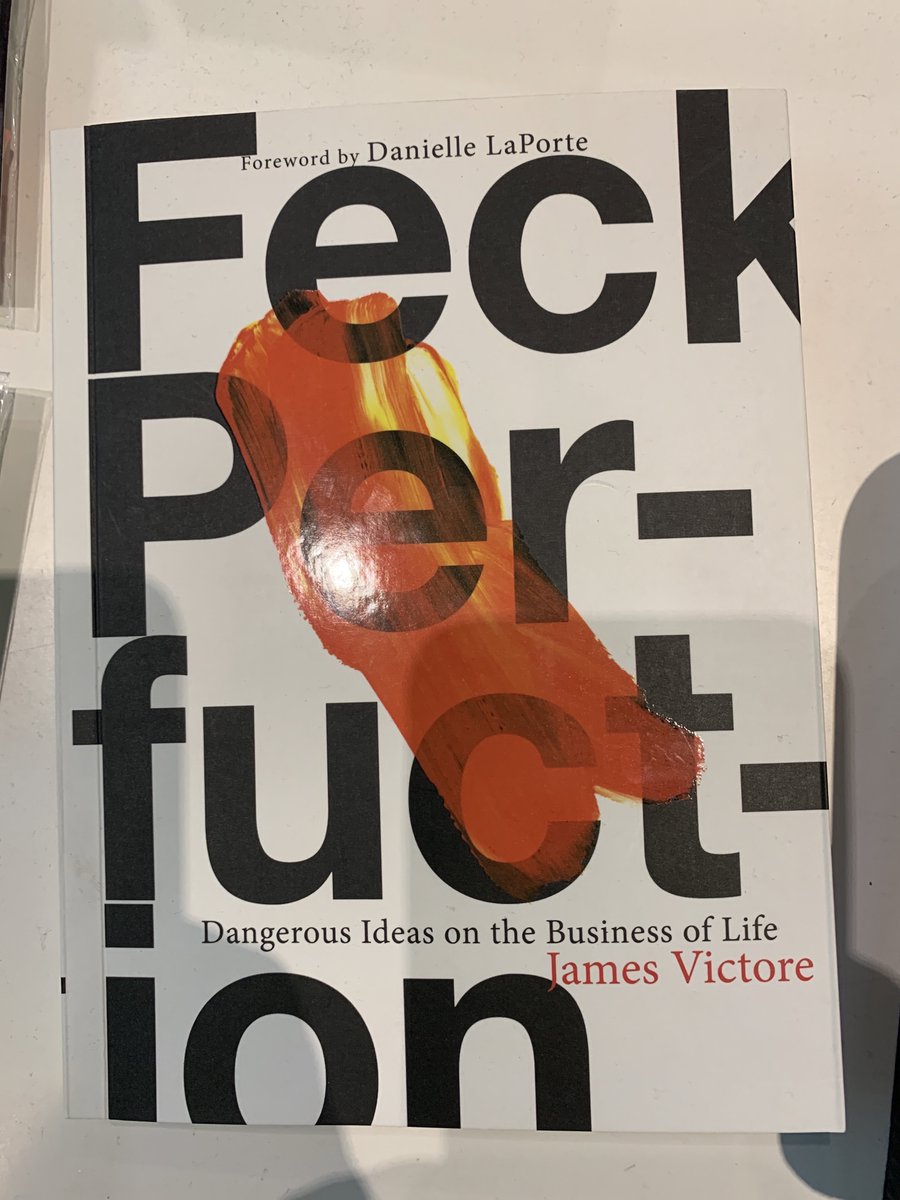 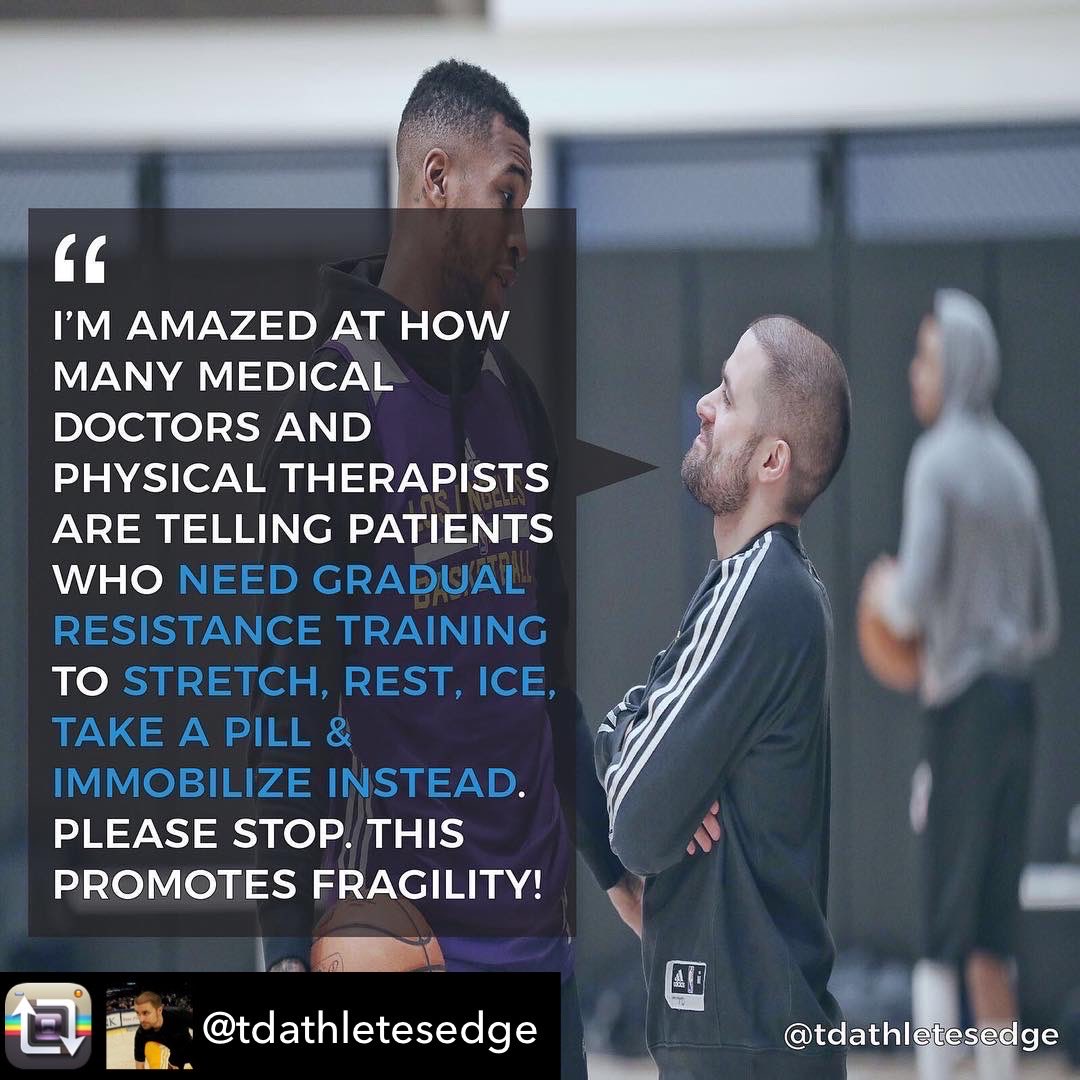 Then I remembered what Pr Janda taught me. Avoid conscious correction of faulty movement patterns. Damn I had gotten so into teaching “correct” Movement Patterns - or controlling them - that I forgot how Vlad said people learn! 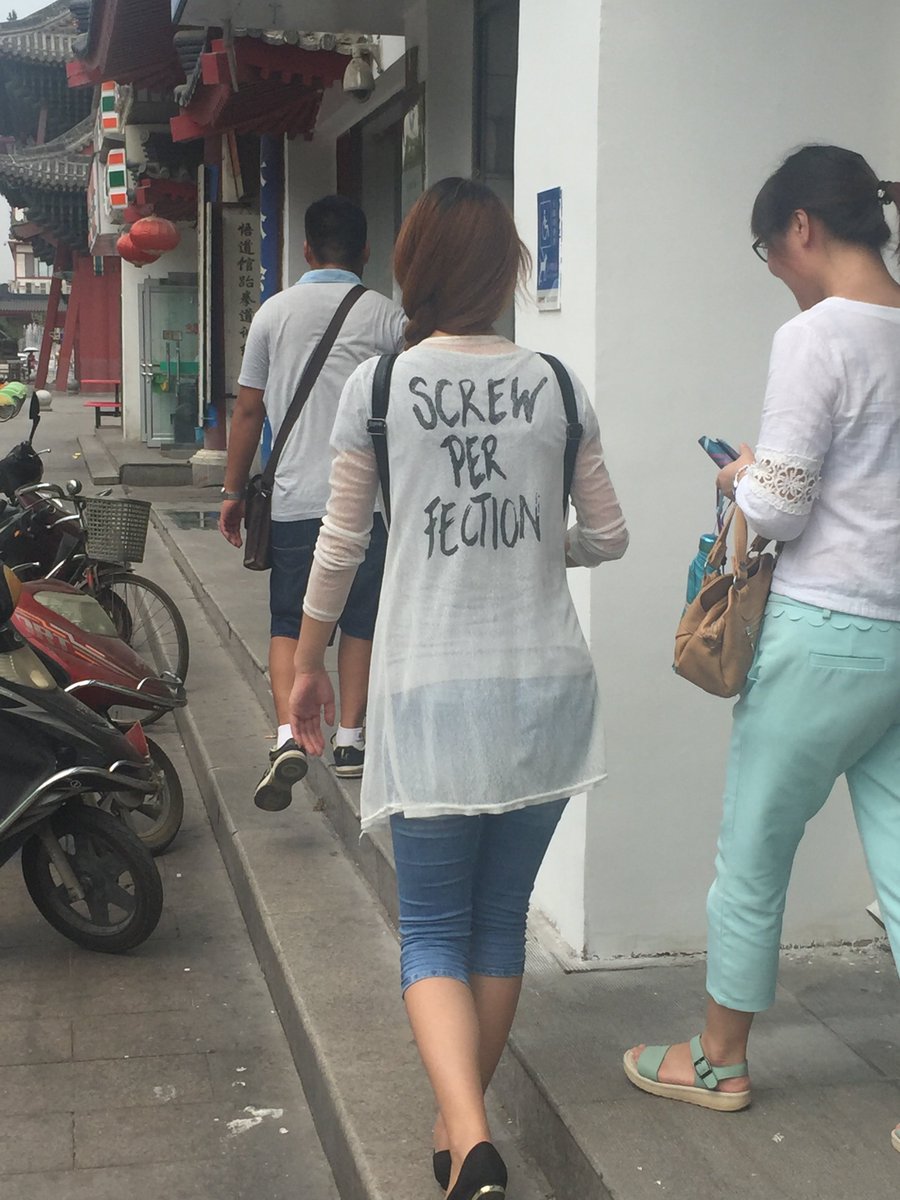 I was evolving by (getting out of my “fix it” comfort zone &) going back to my roots thanks to Gray. All of a sudden it was so clear the mistakes I’d made for 20 plus years. 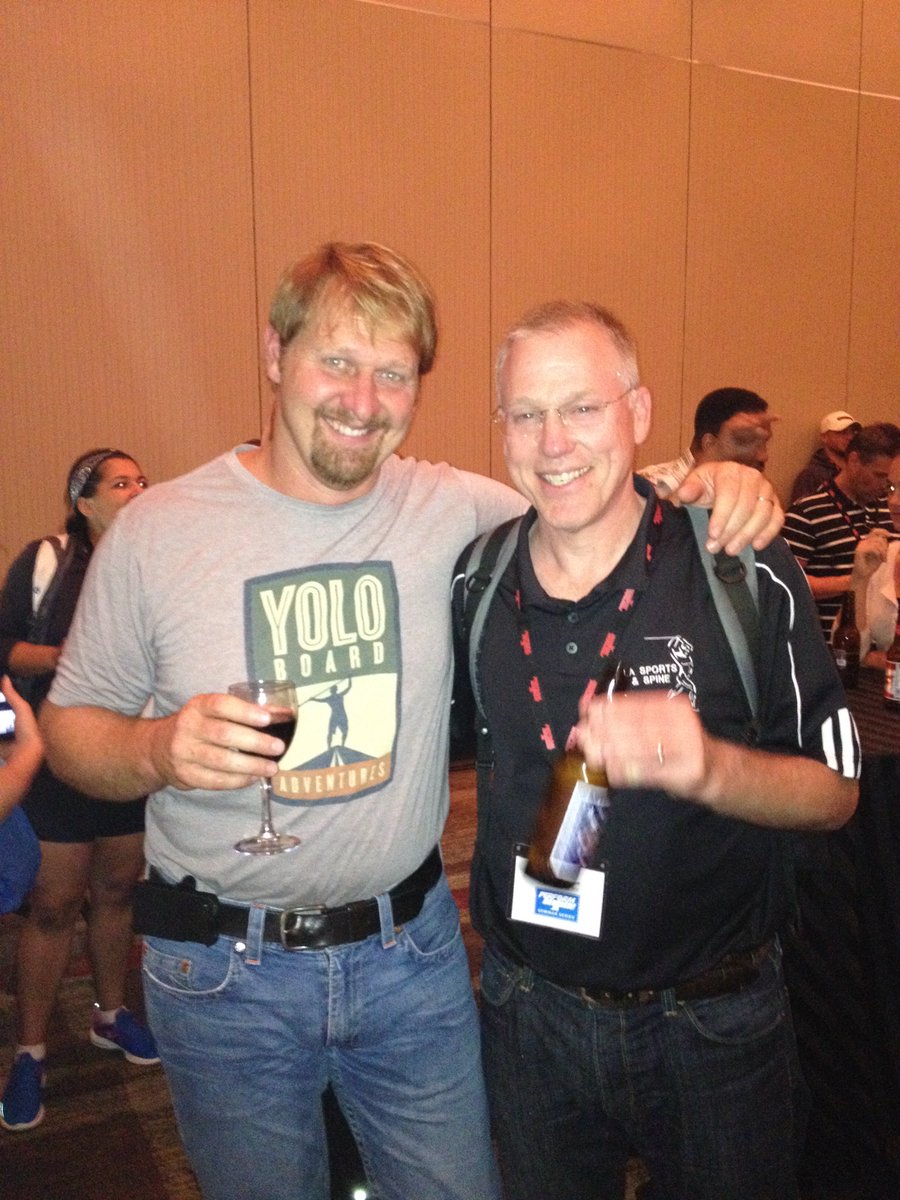 Pavel spoke against “correctives” in Easy Strength which I quote in FTH. I immersed myself in Davids’ work on ecological validity & motor learning. Newall’s work on DST and constraints-based motor learning. 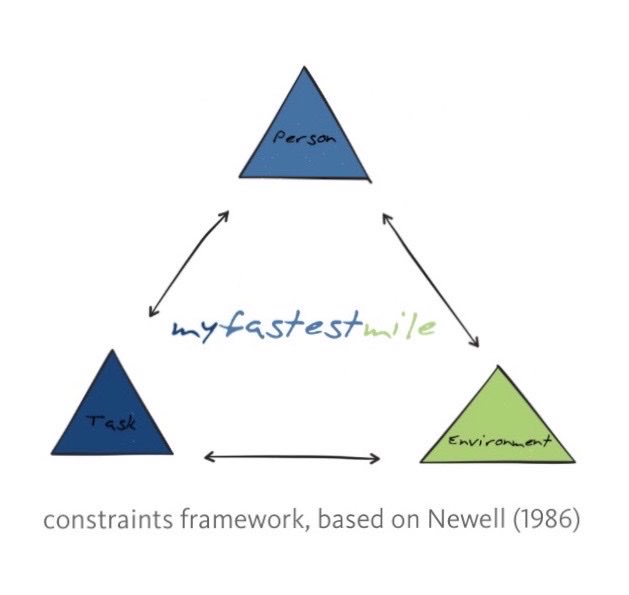 Feldenkraiss, the great coaches like John Wooden they all guide by the side. All summarized in the final 2 chapters of the FTH thanks to Gray that day. 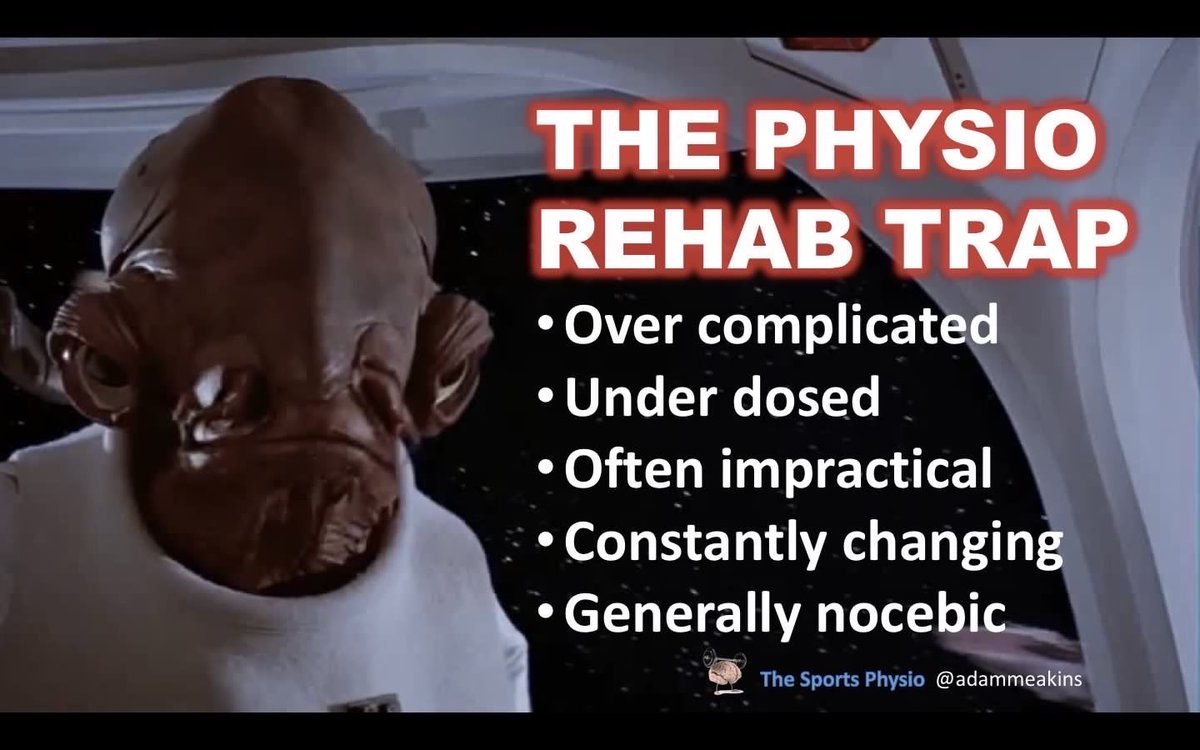 Now I see how the riddle of combining the Bio & the Psycho in a person-centered approach is solved by the Social or environmental context. The dichotomization on social media of biomechanics & pain science is an unnecessary dead end.

The Social is the athlete-centered or patient-centered milieu that breaks down the silos. @Peter_Stilwell @MattLowPT Diana Vaz.

Creating an environment which challenges the person at the edge of their capability is the key. Then the person problem solves rather than the trainer or clinician “fixing it”. They gain self-efficacy, resilence & robustness. Sustainable athleticism for healthy longevity. 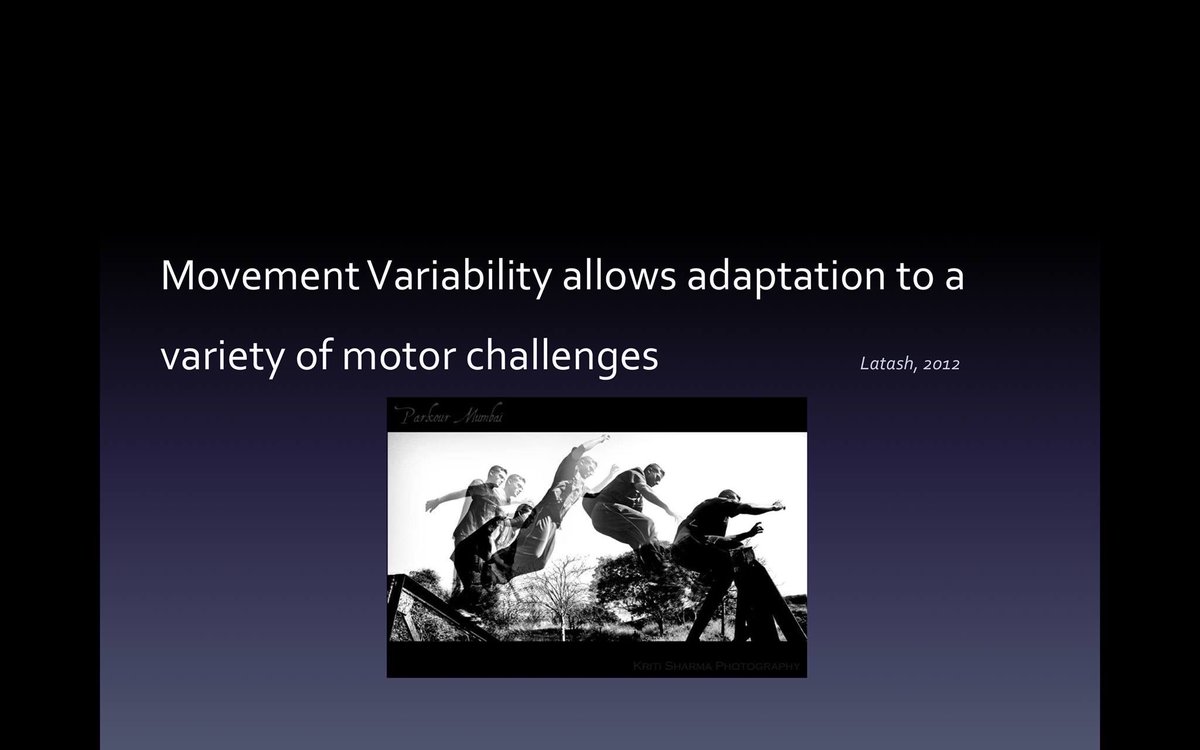 I learned so much that day. Those that travelled from all over the world & came together in the spirit of #bealearnitallnotaknowitall that was what it was all about. What a treat. #firstprinciplesofmovement #ncds @WHO @PainRevolution 🙏 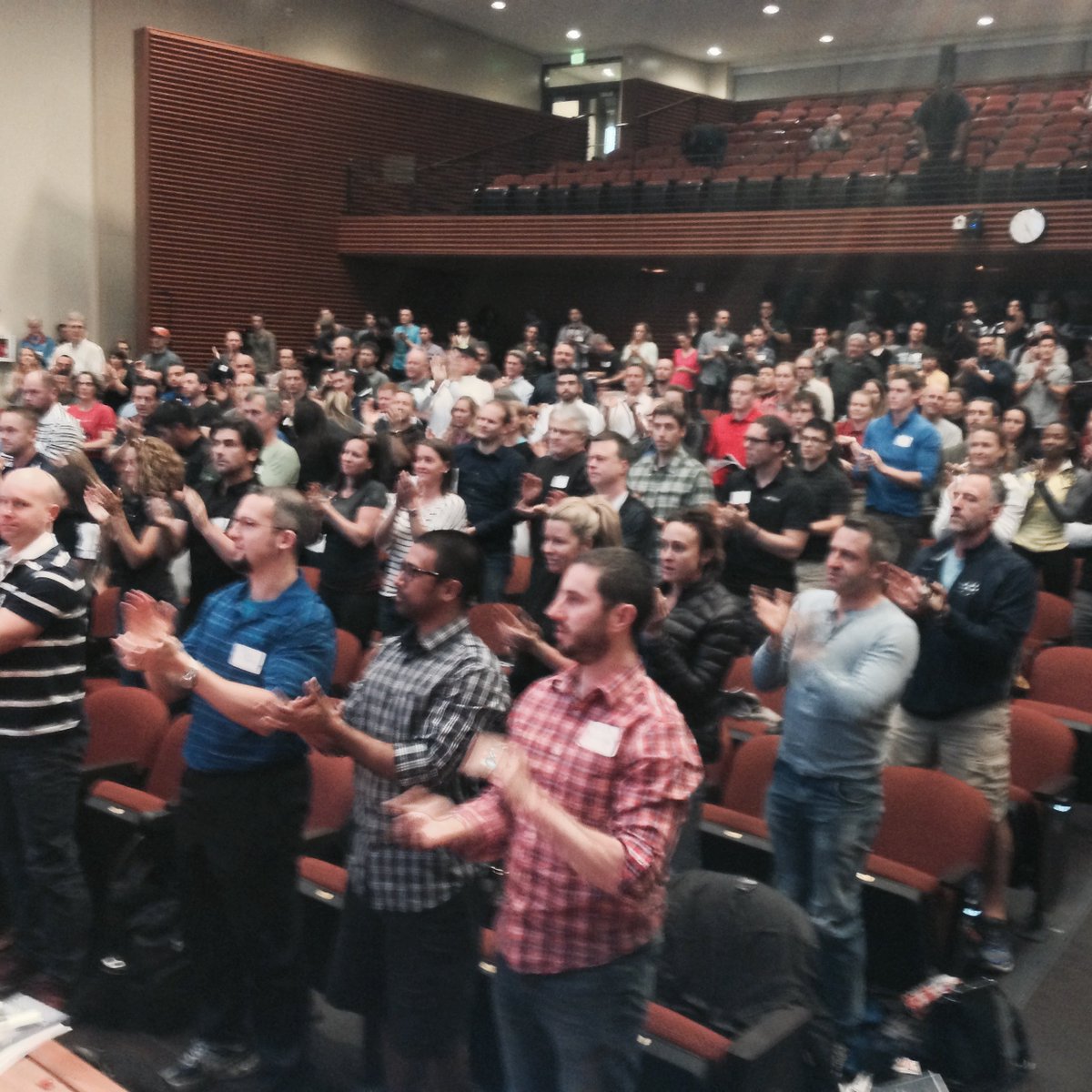