1/The announcement 10 years ago today of the "magical" iPad was clearly a milestone in computing. It was billed to be the “next” computer. For me, managing Windows, just weeks after the launch of Microsoft’s "latest creation" Windows 7, it was a as much a challenge as magical. 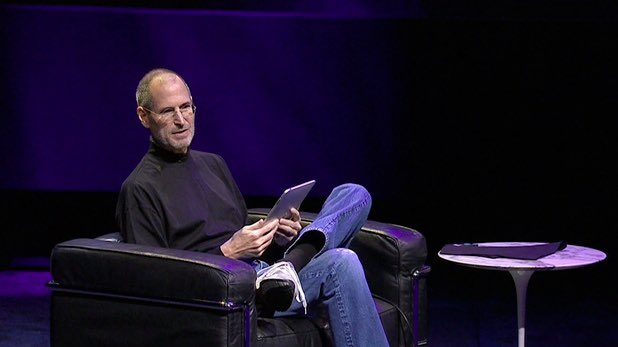 2/Given that Star Trek had tablets it was inevitable that the form factor would make it to computing (yes, the dynabook...). Microsoft had been working for more than 10 years starting with "WinPad" through Tablet PC. We were fixated on Win32, Pen, and more. 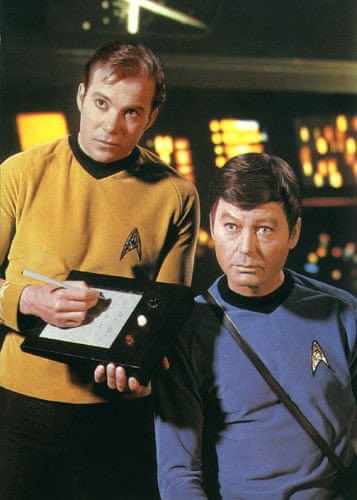 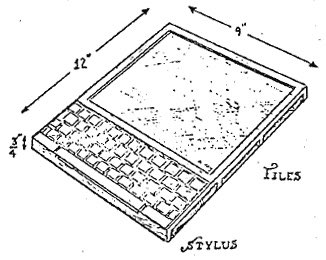 3/The success of iPhone (140K apps & 3B downloads announced that day) blinded us at Microsoft as to where Apple was heading. Endless rumors of Apple’s tablet *obviously* meant a pen computer based on Mac. Why not? The industry chased this for 20 years. That was our context. 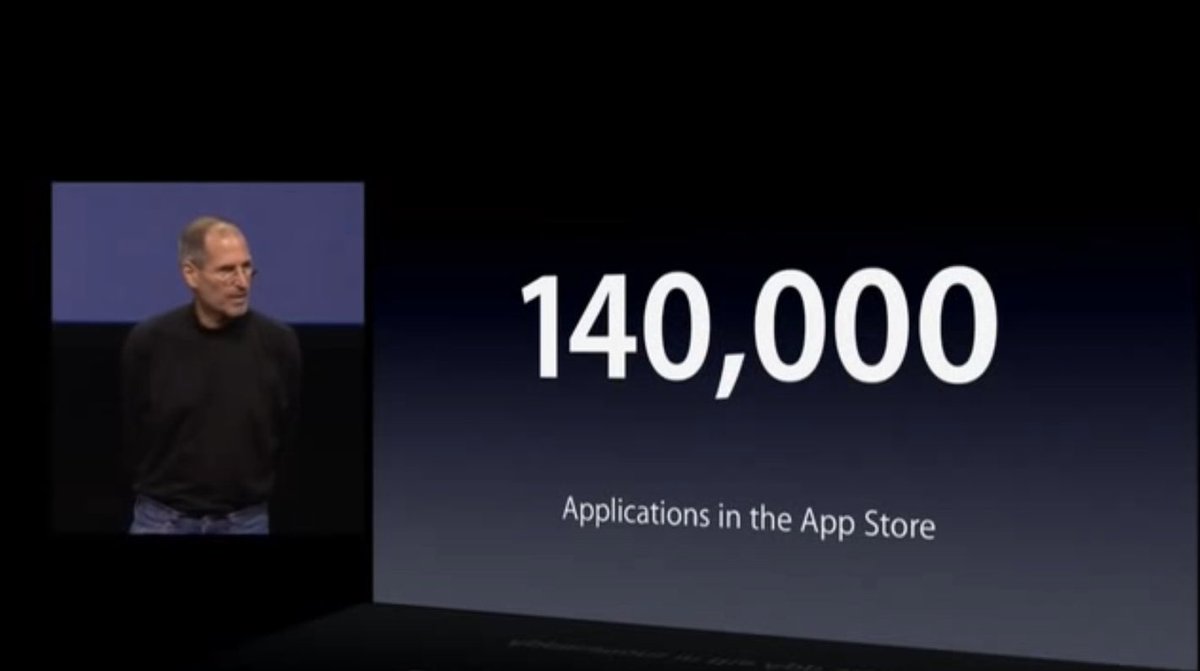 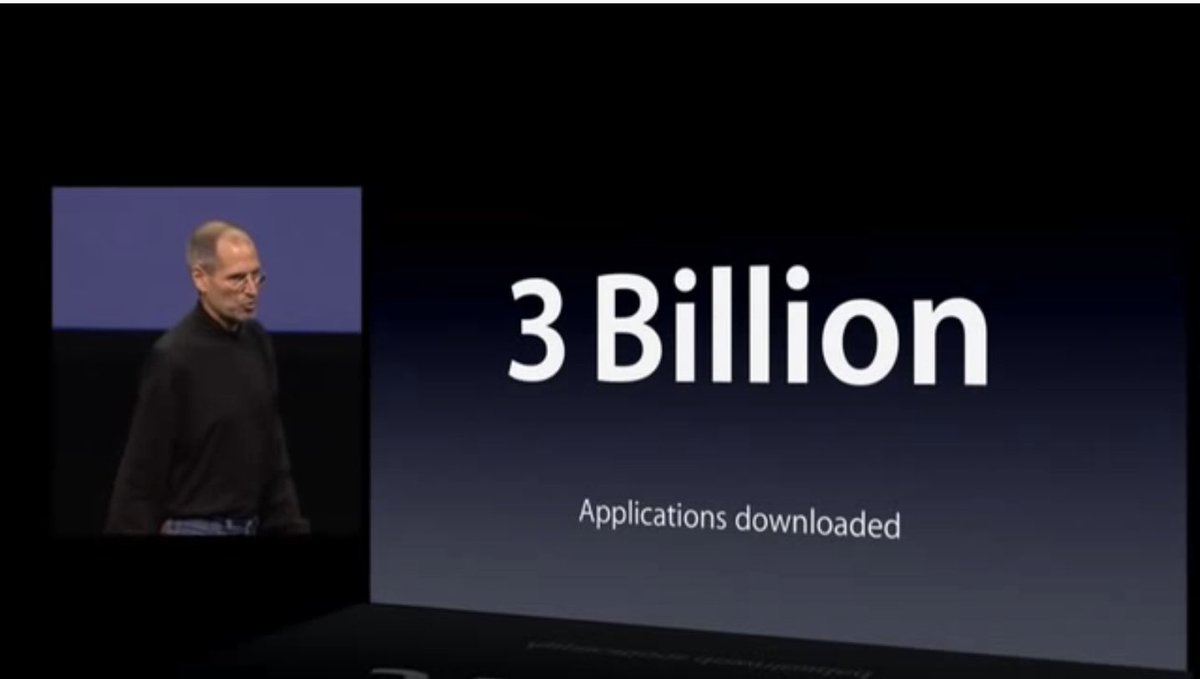 4/The press (two here), however, was fixated on Apple lacking an "answer" (pundits seem to demand answers) to Netbooks—those small, cheap, Windows laptops sweeping the world. Over 40 million sold. "What would Apple’s response be?" We worried—a cheap, pen-based, Mac. Sorry Harry! 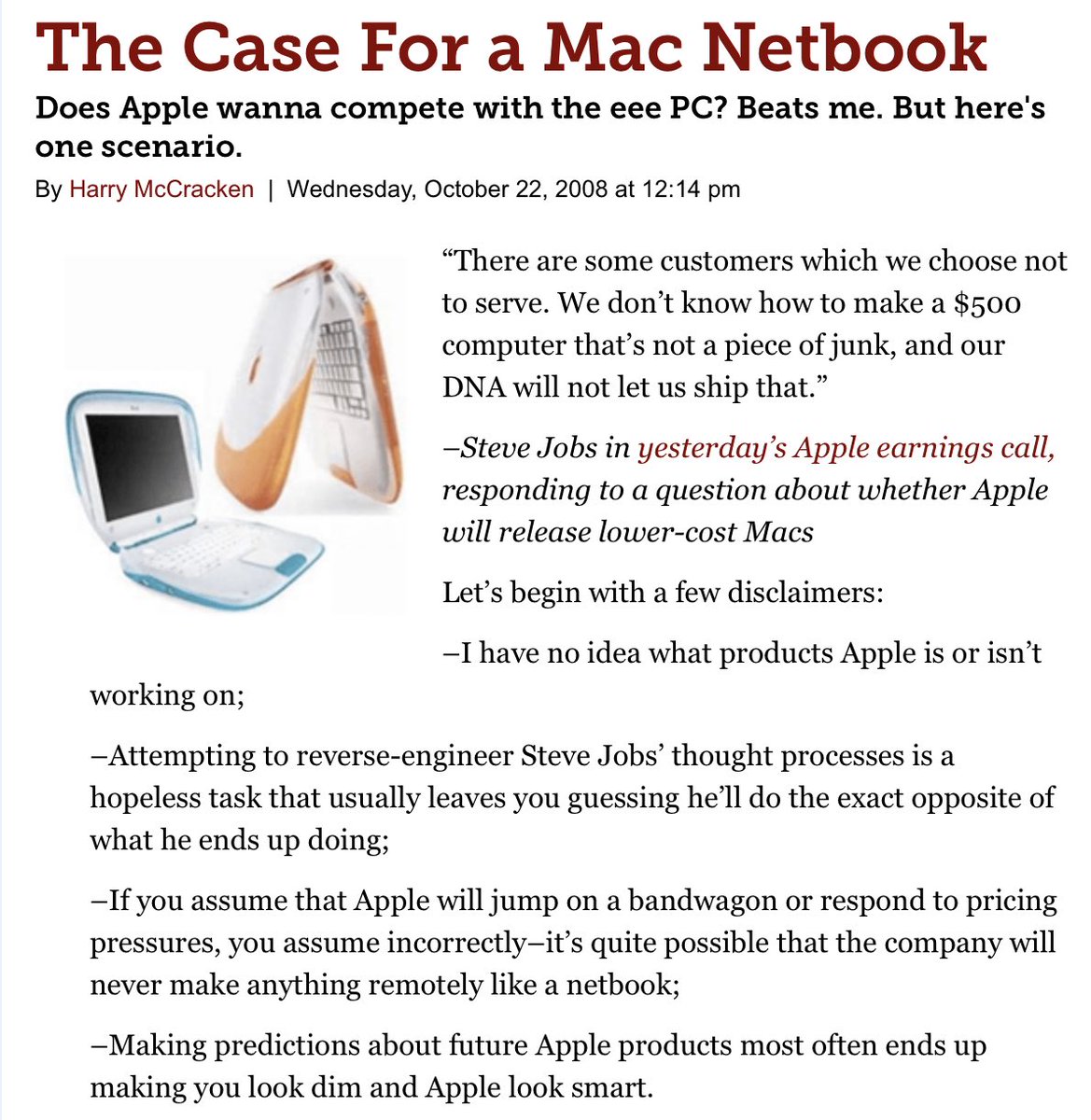 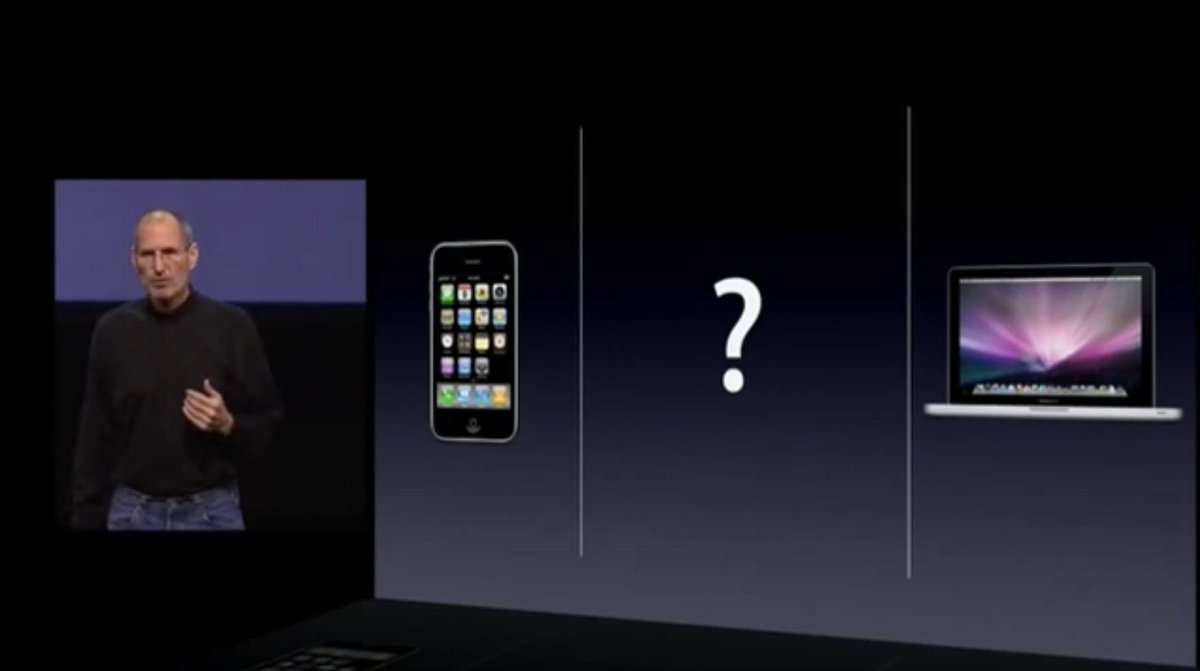 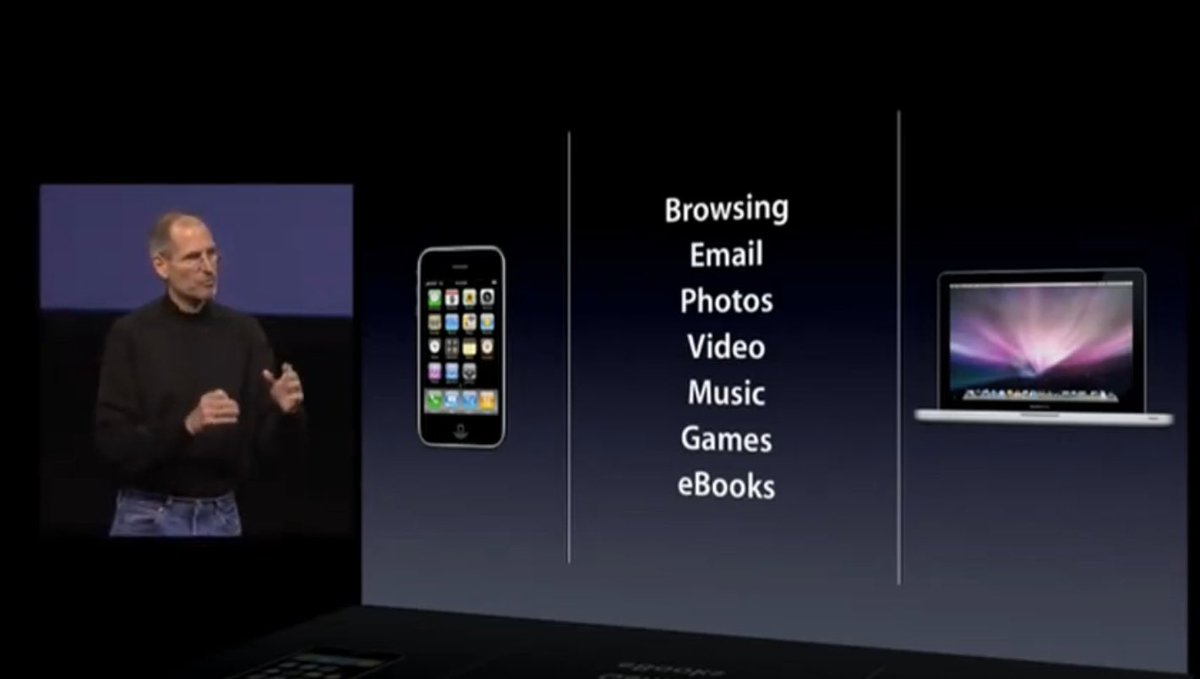 6/“Some people have thought that that’s a Netbook.” (The audience joined in a round of laughter.) Then he said, “The problem is…Netbooks aren’t better at anything…They’re slow. They have low quality displays…and they run clunky old PC software…They’re just cheap laptops.” 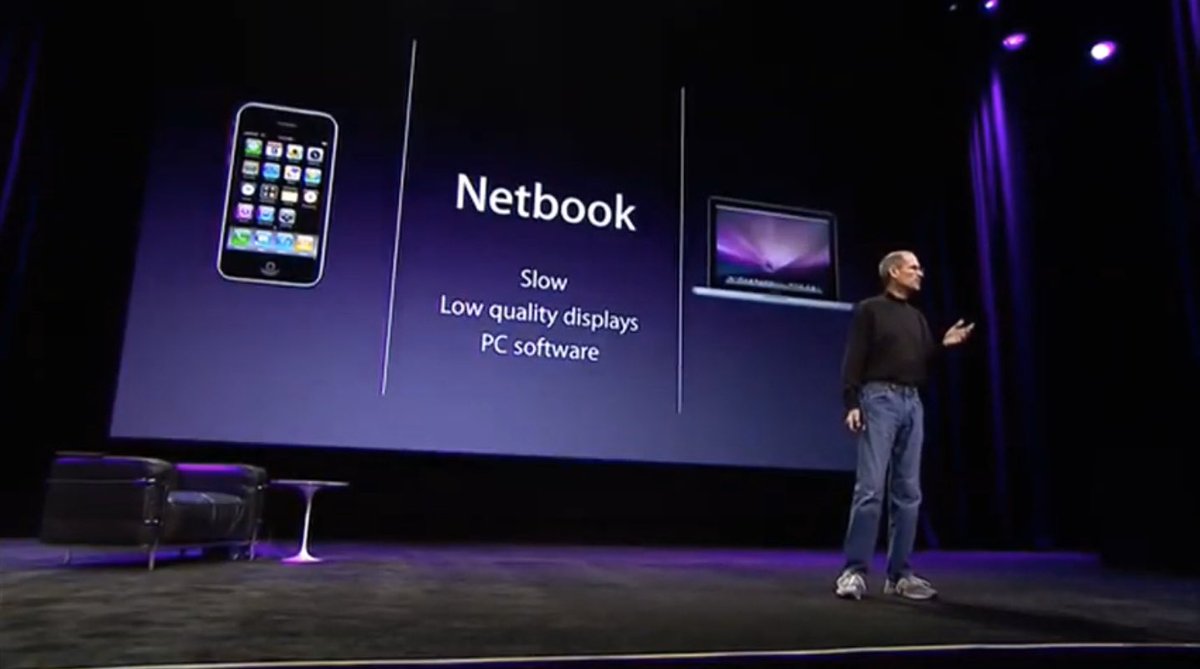 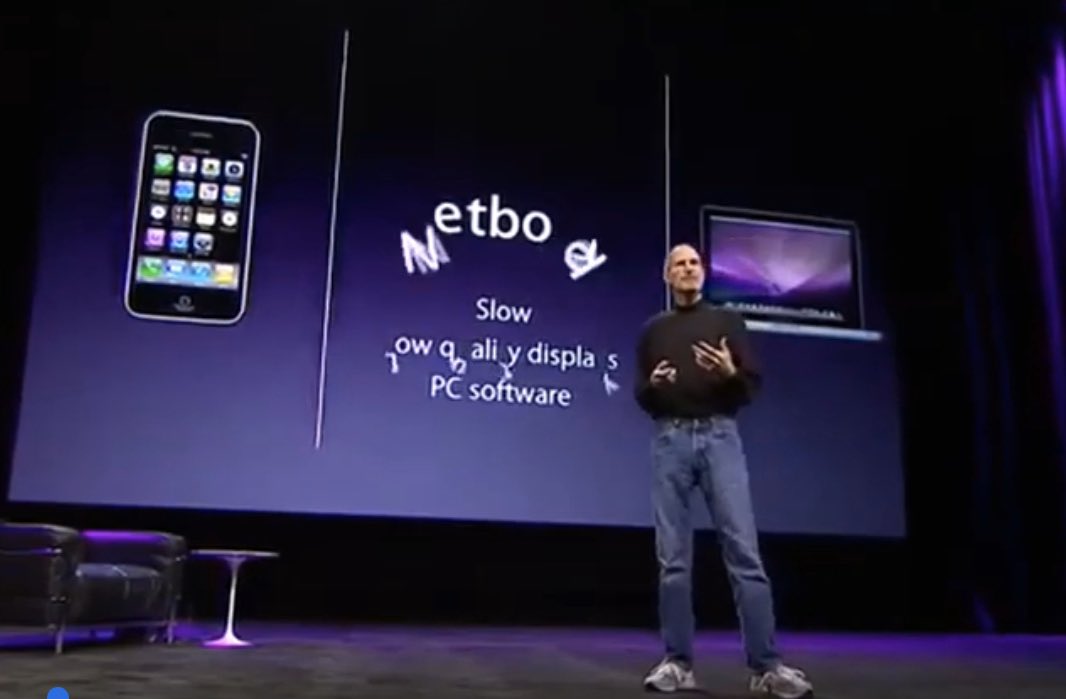 7/“Cheap laptops"...from my perch that was a good thing. I mean _inexpensive_ was a better word. But we knew that Netbooks (and ATOM) were really just a way to make use of the struggling efforts to make low-power, fanless, intel chips for phones. A brutal takedown of 40M units. 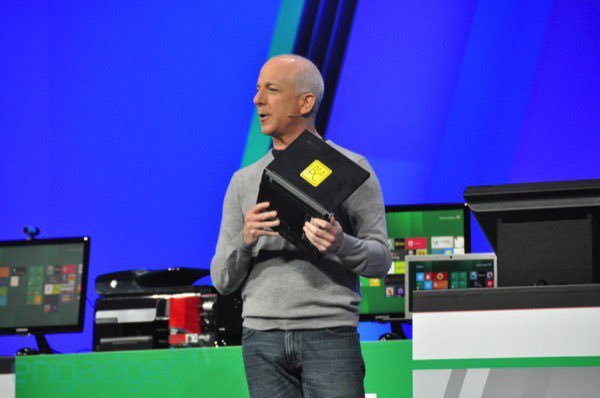 8/Sitting in a Le Corbusier chair, he showed the “extraordinary” things his new device did, from browsing to email to photos and videos and more. The real kicker was that it achieved 10 hours of battery life—unachievable in PCs struggling for 4 hours with their whirring fans.

9/There was no stylus..no pen. How could one input or be PRODUCTIVE? PC brains were so wedded to a keyboard, mouse, and pen alternative that the idea of being productive without those seemed fanciful. Also instant standby, no viruses, rotate-able, maintained quality over time…

10/As if to emphasize the point, Schiller showed "rewritten" versions of Apple’s iWork apps for the iPad. The iPad would have a word processor, spreadsheet, and presentation graphics. 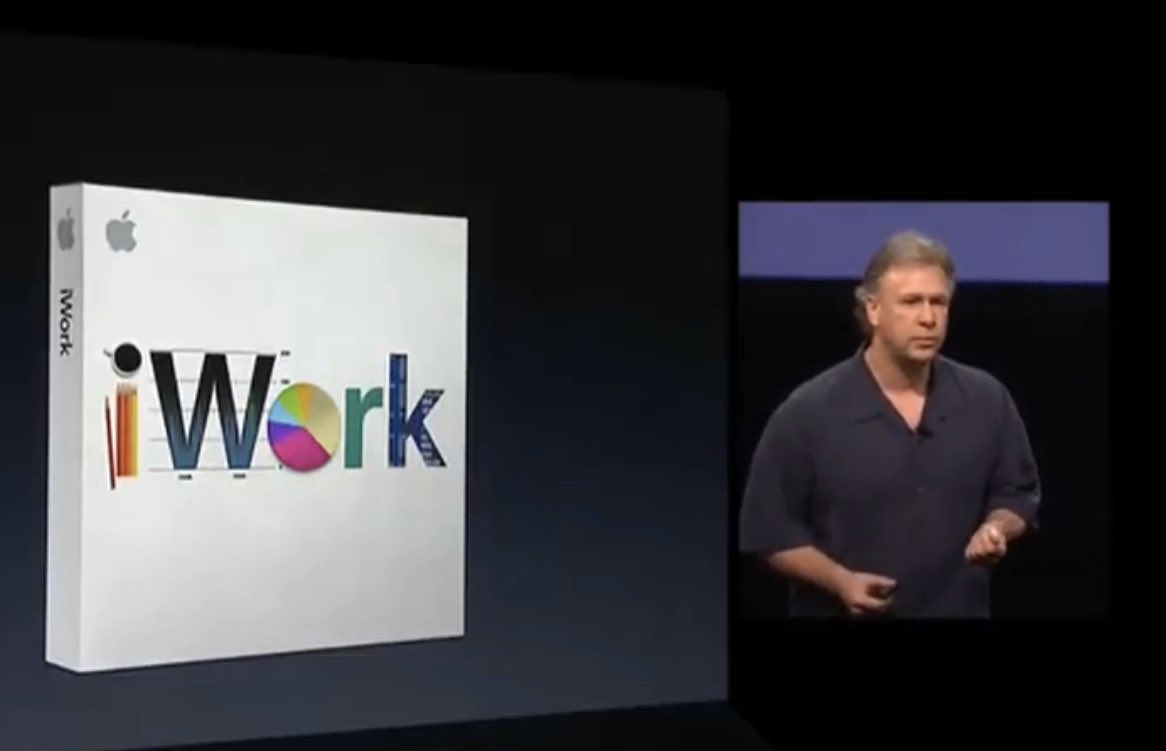 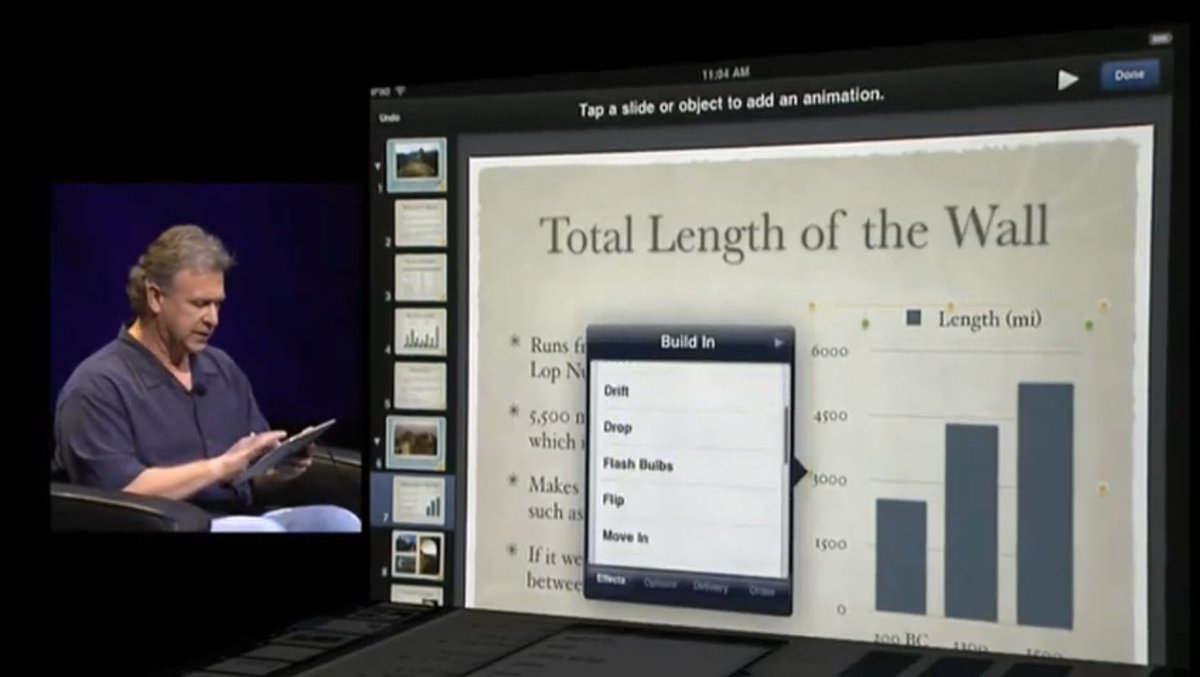 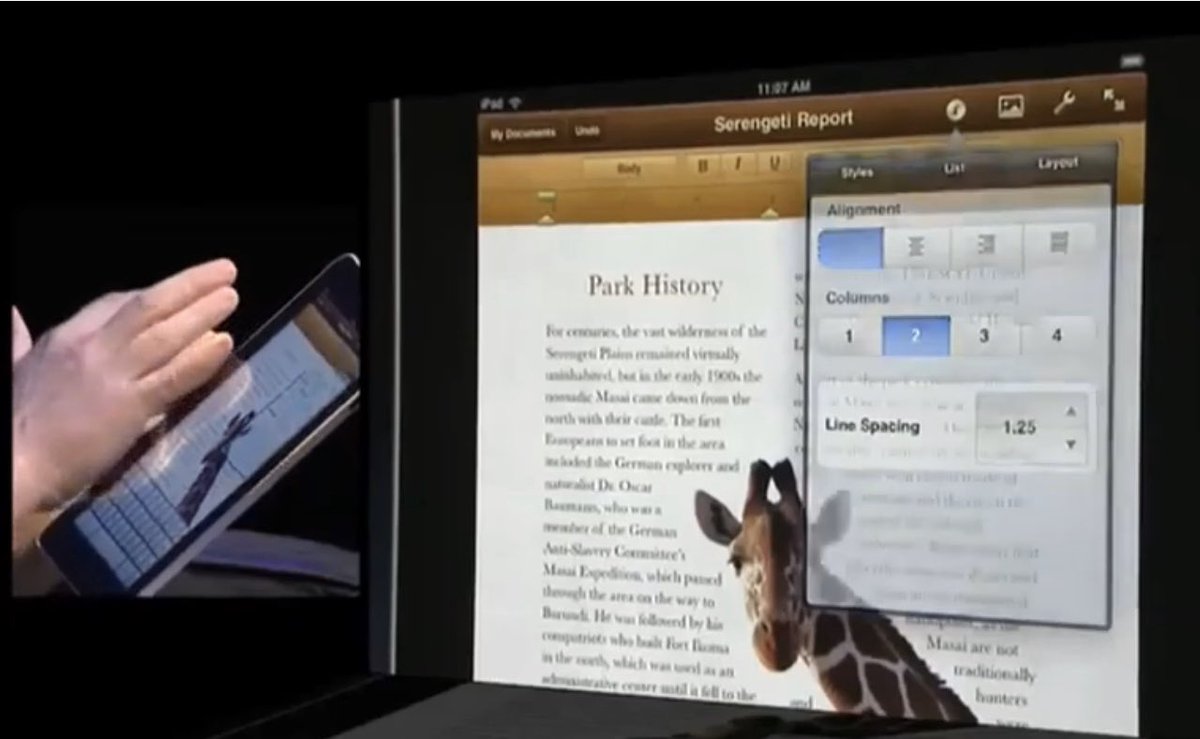 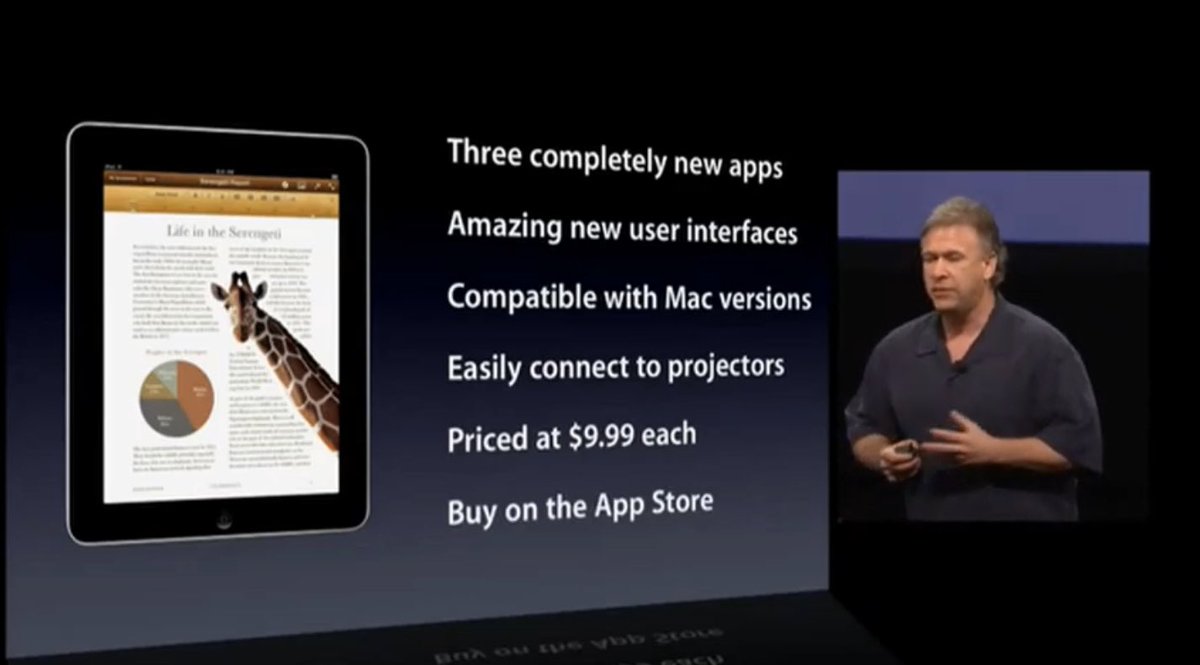 11/Rounding out the demonstration, the iPad would also sync settings with iTune—content too. This was still early in the travails of iCloud but really a game changer Windows completely lacked except in enterprise with crazy server infrastructure or “consumer” Live apps.

12/ iPad had a 3G modem BECAUSE it was built on the iPhone. If you could figure out the device drivers and software for a PC, you’d need a multi-hundred dollar USB modem and a $60/month fee at best. The iPad made this a $29.99 option on AT&T and a slight uptick in purchase price. 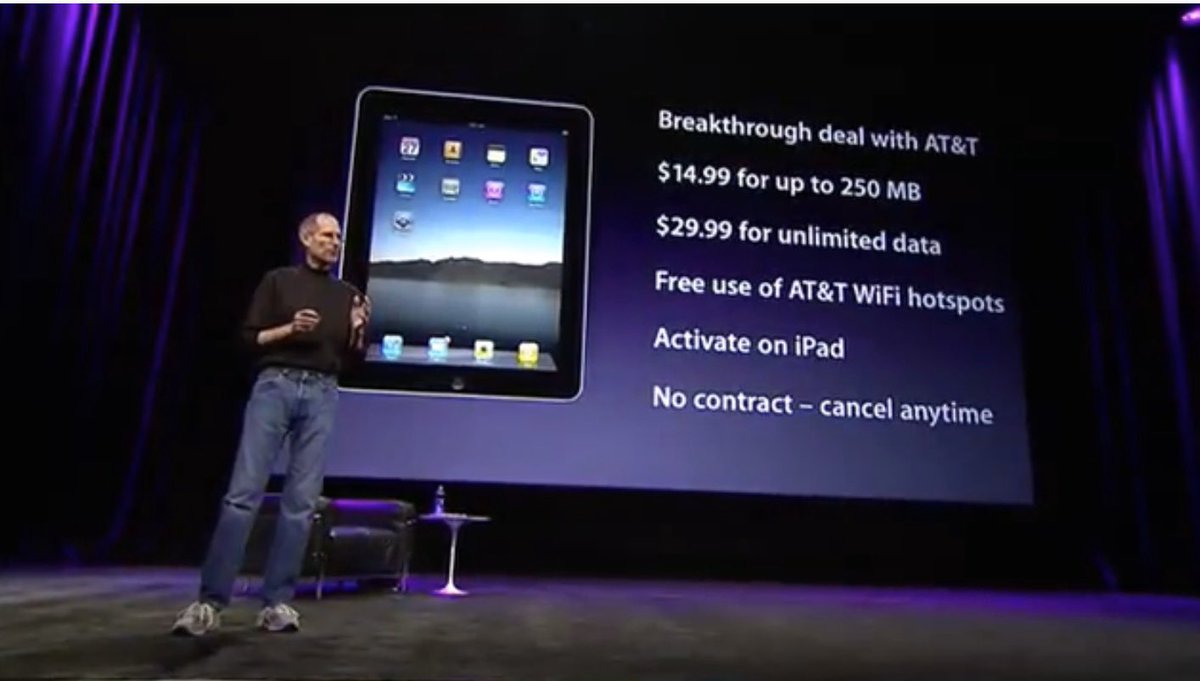 13/Starting at $399, iPad was a shot right across the consumer laptop. Consumer laptops were selling over 100 million units a year! Pundits were shocked at the price. I ordered mine arriving in 60/90 days. 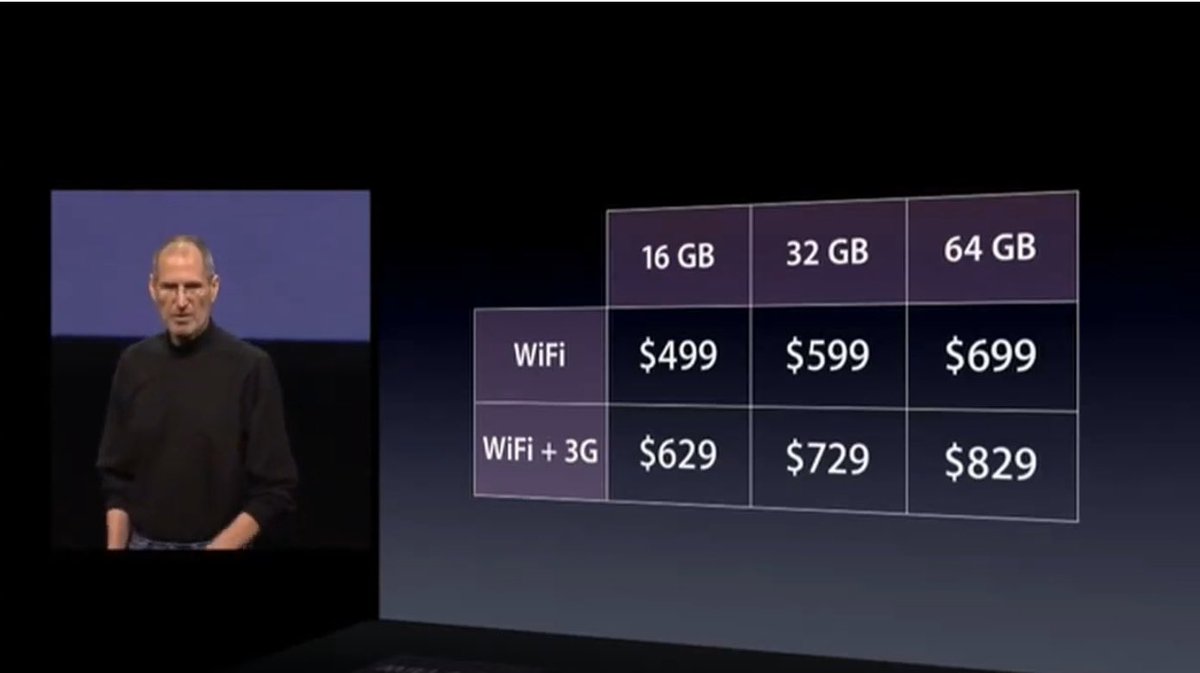 14/At CES weeks earlier, there were the earliest tablets—made with no help from Google a few fringe Chinese ODMs were shopping hacky tablets called "Mobile Internet Devices" or "Media Tablets". Samsung’s Galaxy was 9 months away. Android support (for 4:3 screens) aways. 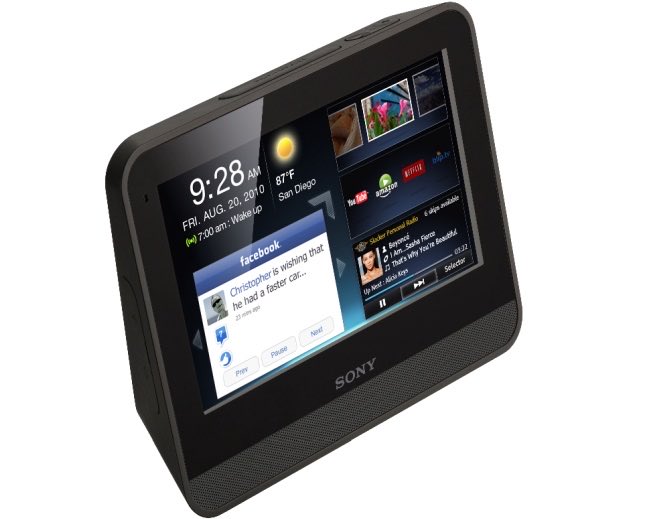 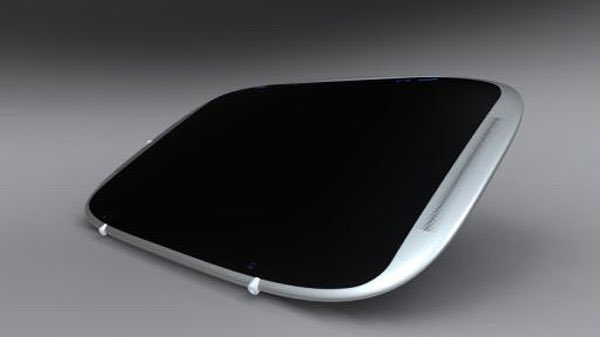 15/The first looks and reviews a bit later were just endless (and now tiresome) commentary on how the iPad was really for "consumption" and not productivity. There were no files. No keyboard. No mouse. No overlapping windows. Can’t write code!

16/In a literally classically defined case of disruption, iPad didn’t do those things but what it did, it did so much better not only did people prefer it but they changed what they did in order to use it. Besides, email was the most used too and iPad was great for that.

18/In first year 2010-2011 Apple sold 20 million iPads. That same year would turn out to be an historical high water mark for PCs (365M, ~180M laptops). Analysts had forecasted more than 500M PCs were now rapidly increasing tablet forecasts to 100’s of million and dropping PC.

19/The iPad and iPhone were soundly existential threats to Microsoft’s core platform business. Without a platform Microsoft controlled that developers sought out, the soul of the company was "missing."

20/The PC had been overrun by browsers, a change 10 years in the making. PC OEMs were deeply concerned about a rise of Android and loved the Android model (no PC maker would ultimately be a major Android OEM, however). Even Windows Server was eclipsed by Linux and Open Source.

21/The kicker for me, though, was that keyboard stand for the iPad. It was such a hack. Such an obvious "objection handler." But it was critically important because it was a clear reminder that the underlying operating system was "real"…it was not a "phone OS". 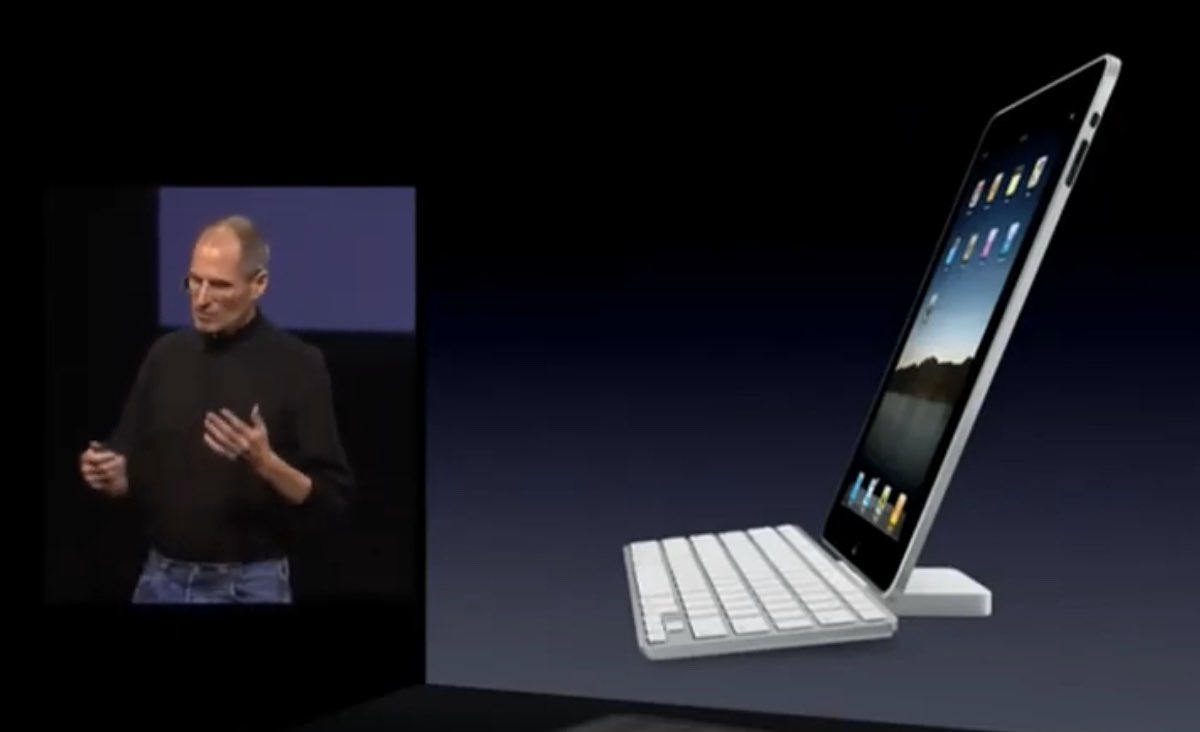 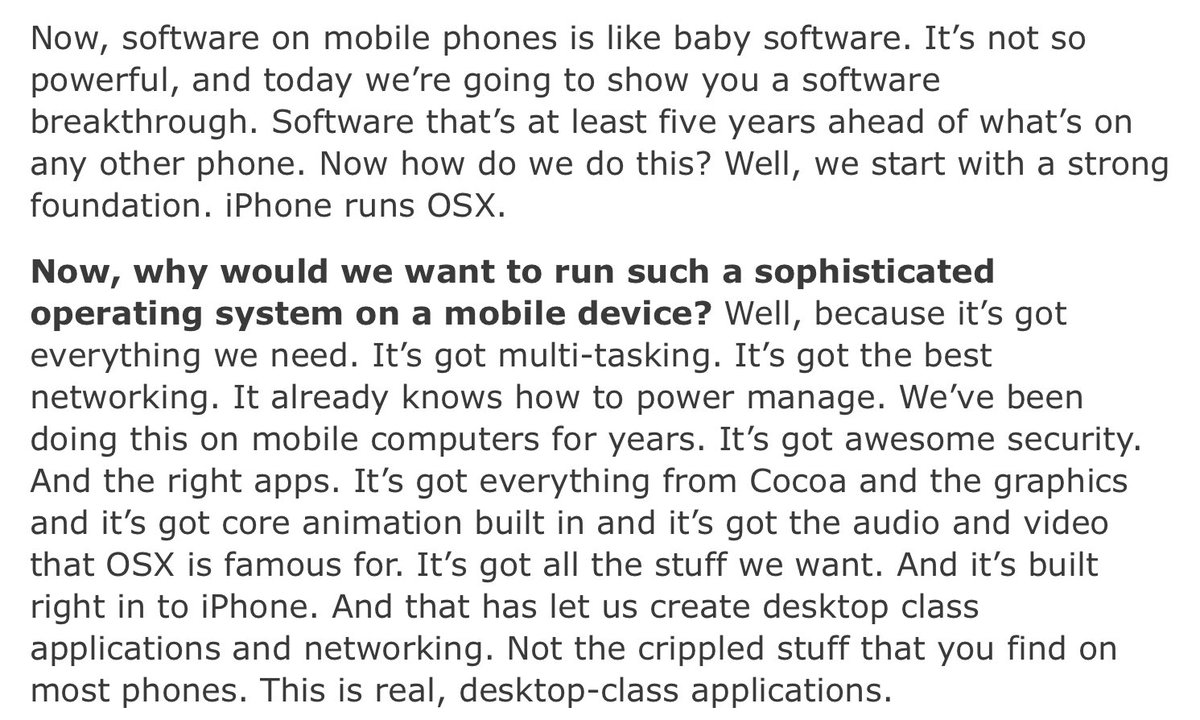 22/ Knowing the iPhone and now iPad ran an robust OS under the hood, with a totally different “shell”, interface model (touch), and app model (APIs and architecture) had massive implications for being the leading platform provider for computers. That was my Jan 27, 2010. // END

PS/ This is a great story from today showing the rumors around the Mac-based tablet that was “expected” at the time of the iPad launch. by @johnvoorhees  https://www.macstories.net/stories/the-ipad-at-10-a-new-product-category-defined-by-apps/ … 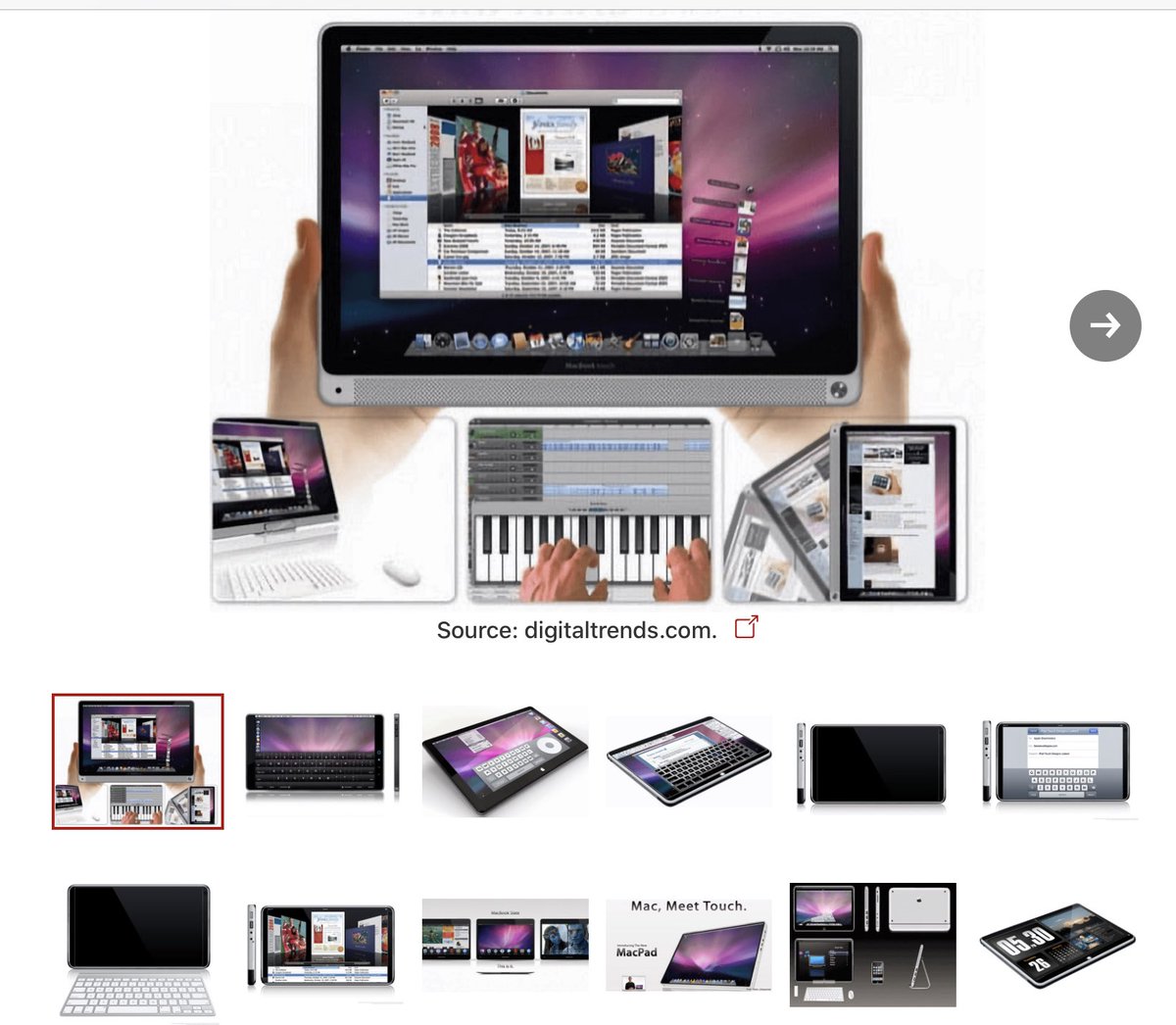 The 10th Anniversary of the iPad: A Perspective from the Windows Team

While the press and friends of Apple gathered for the launch event, the Windows team fresh off Windows 7 launch watched from afar.

This thread and annotations here:  https://medium.learningbyshipping.com/the-10th-anniversary-of-the-ipad-a-perspective-from-the-windows-team-eaca7f94c5cc …

PS/ Some interesting annotations in this story.