Maybe you’ve seen #Togo on Disney+, which is a true story about musher Leonard Seppala and his lead dog, who crossed incredibly tough terrain to carry medicine to Nome and prevent an epidemic.

It’s an important story—and it made me realize I haven’t talked much about lead dogs.

Most people know that lead dog(s) run in front of the team. But their job is a lot subtler than that, too, and there are some pretty big misconceptions. 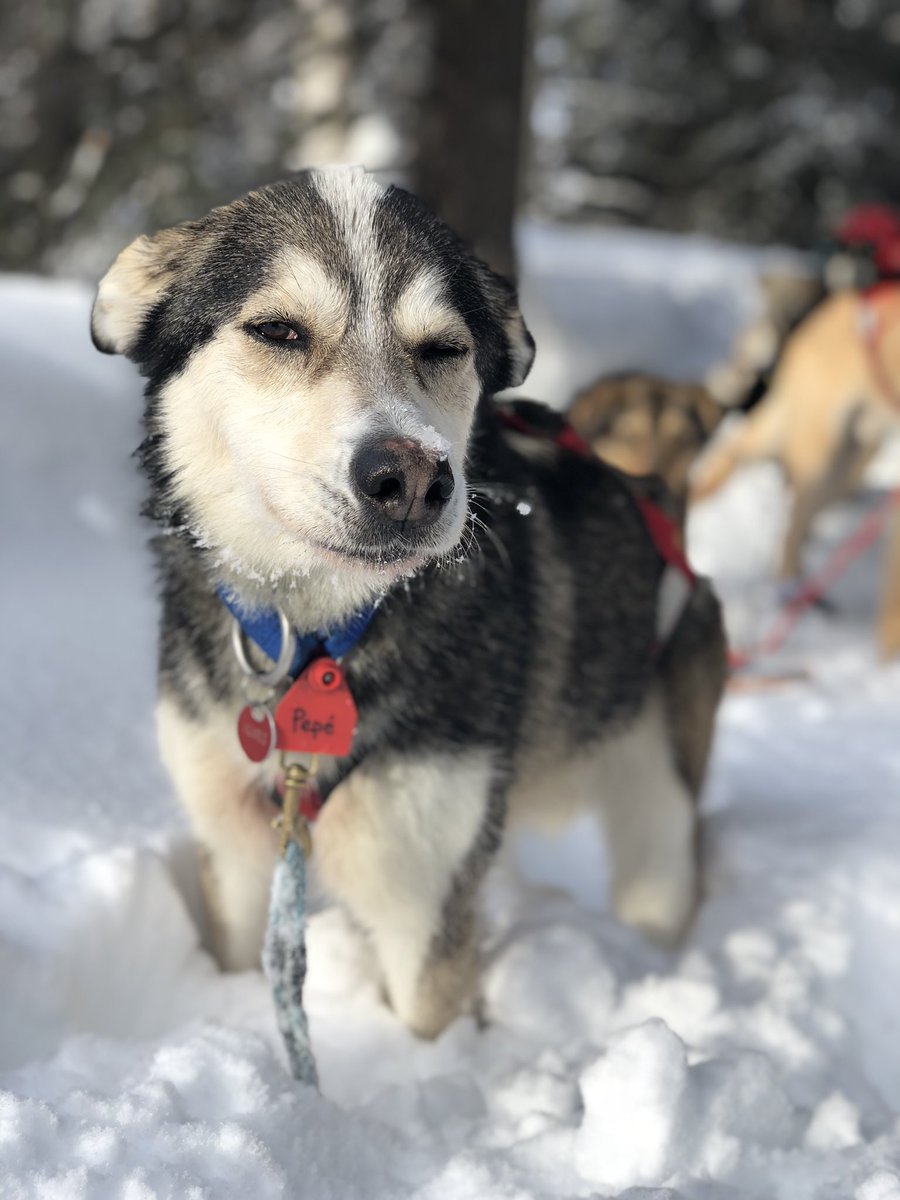 First off, many people think that lead dogs are dominant. That they fight their way to the top. I think this myth comes from Jack London, and it is totally, completely wrong (as is the flawed theory of “alpha dogs” that it taps into).

Some lead dogs have assertive personalities, sure. But some are very submissive! Dominance has nothing to do with leading a team well.

So how DO we pick leaders?

It’s very simple. We put dogs in front of the team and see if they run. 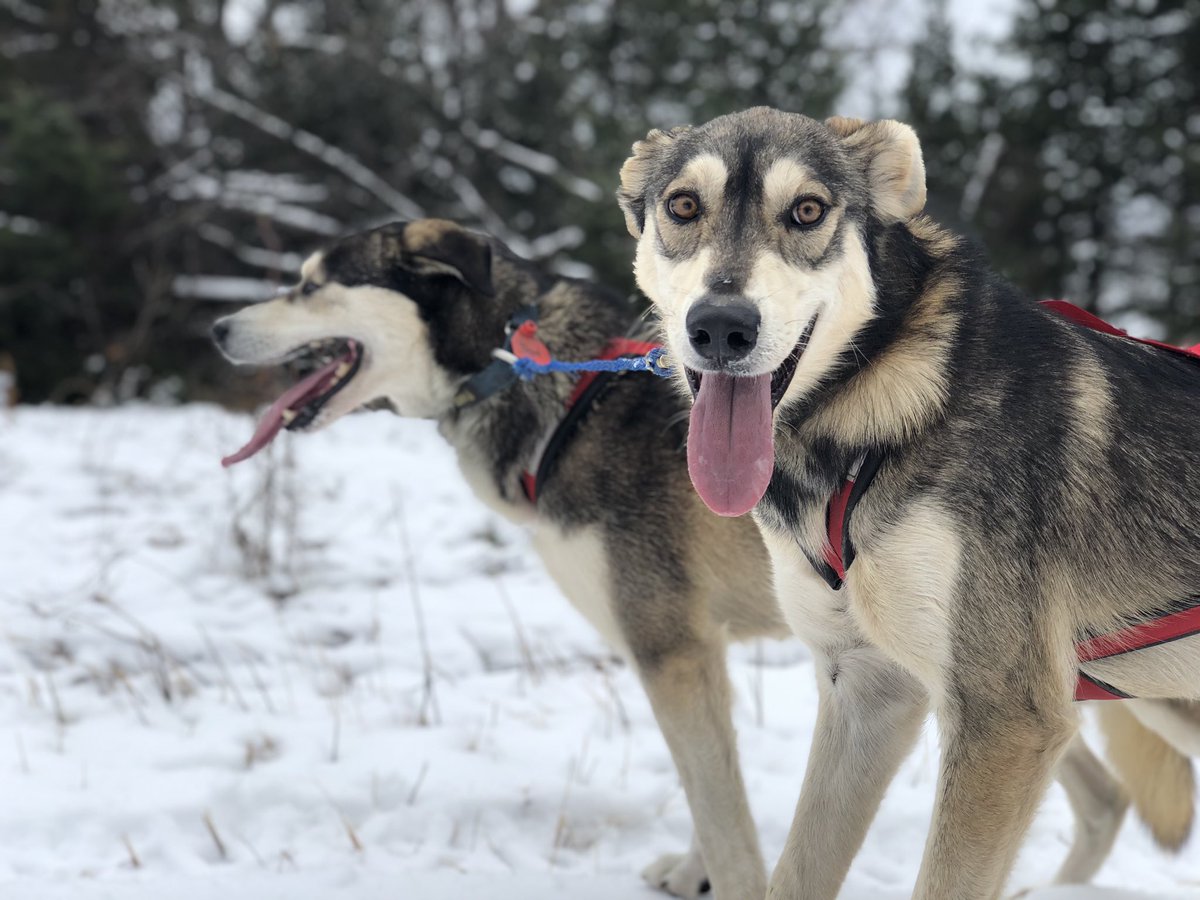 Sled dogs are pack animals. Their teammates are their family. And in general, they really like chasing things. So some dogs who will run all day long—extremely happily—get confused when they’re in front of a team. Who are they supposed to chase?!

Like, consider Grinch. He’s extremely strong and motivated to run. Moving forward is his favorite thing in the universe. And if you put him in front of the team, he will freeze and have absolutely no idea what to do. 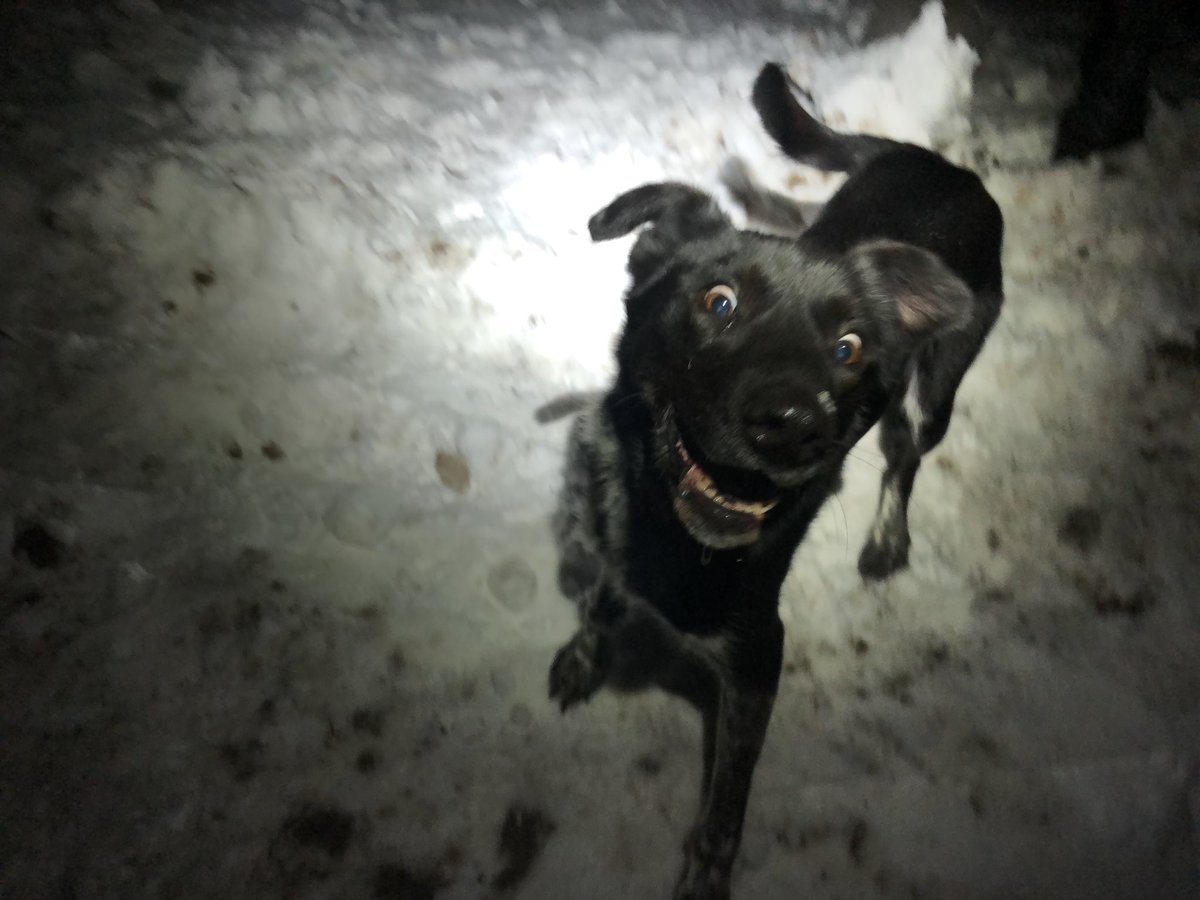 Colbert is another example. All he wants to do is run!!! But put him in front of the team and he’ll... pee on a snowbank and wait for someone else to do something because the whole world just got very confusing. 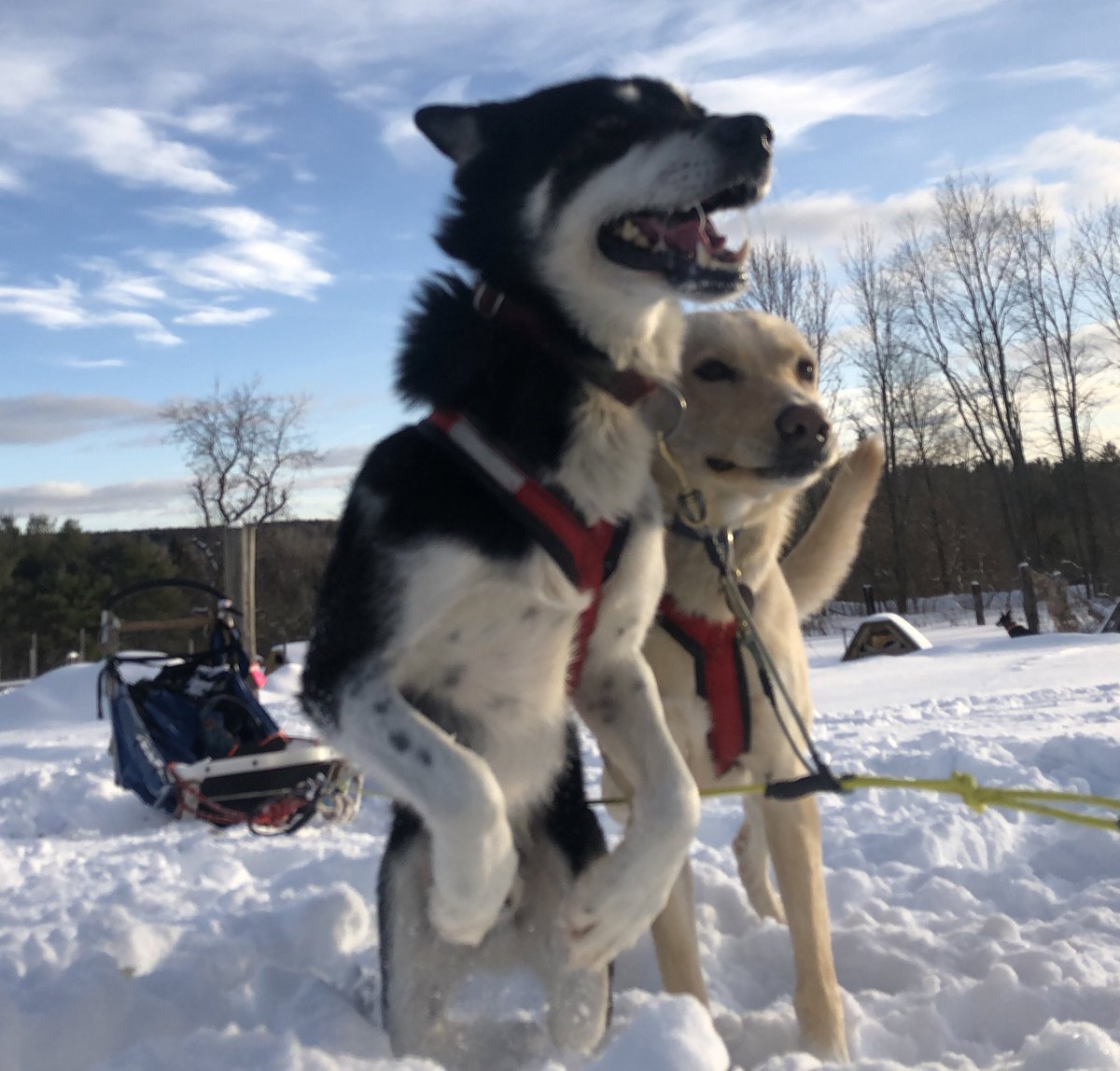 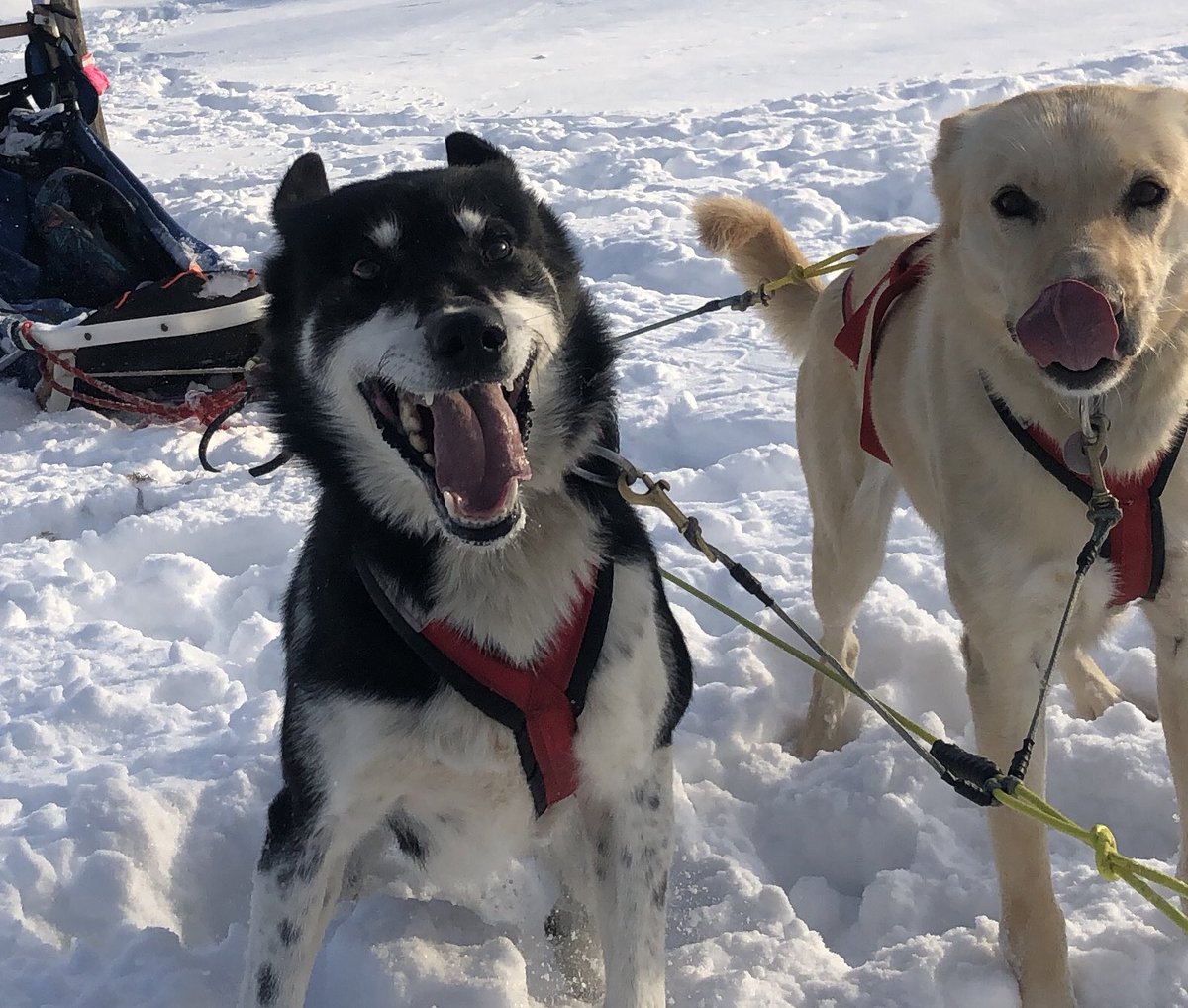 There are also some dogs in the middle. A lot of sled dogs will lead a team when the trail is pretty straightforward, but may lose confidence when they reach difficult terrain or tricky navigations. Part of this is experience and part of it is personality. 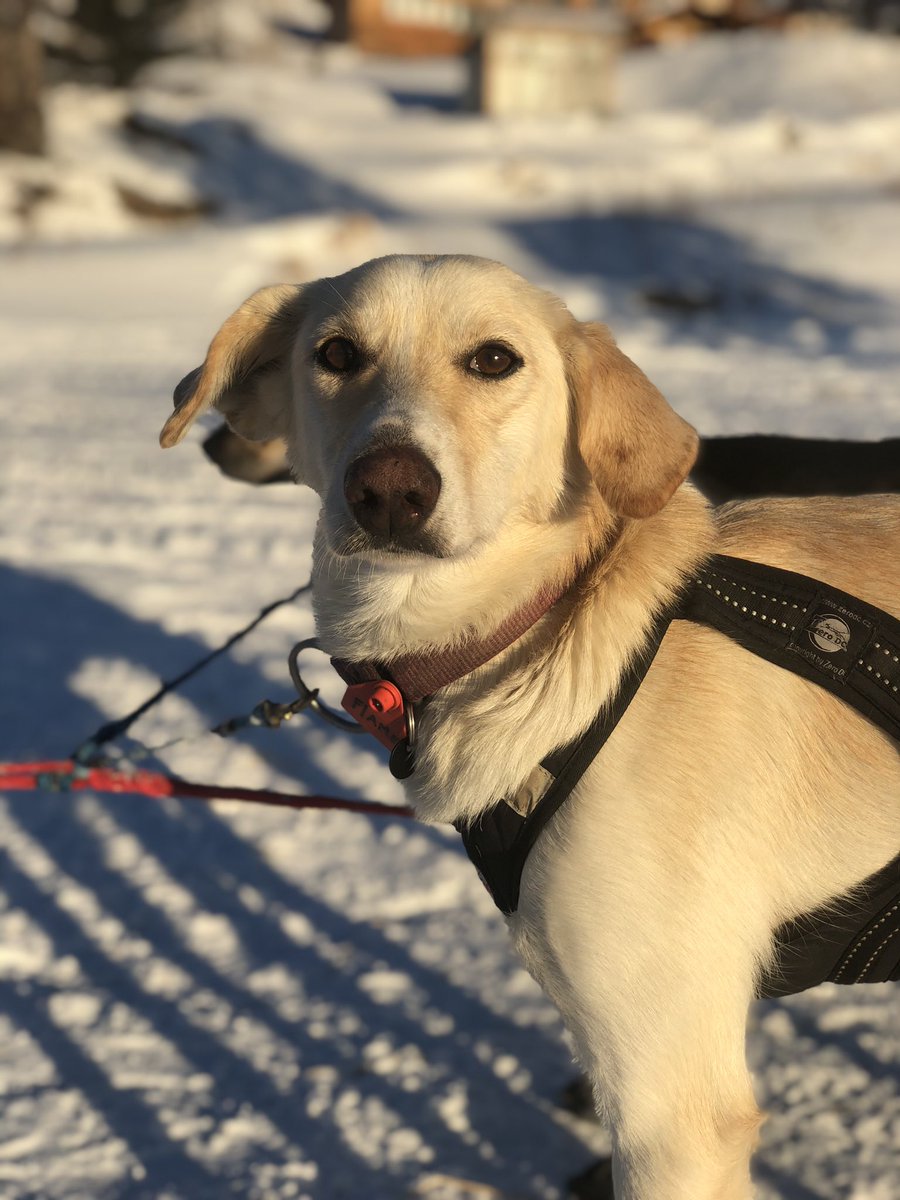 And then you have those dogs who are super-motivated to run in front of the team and, when they reach challenging terrain, are like OH HELL YES THIS IS MY SHIT. 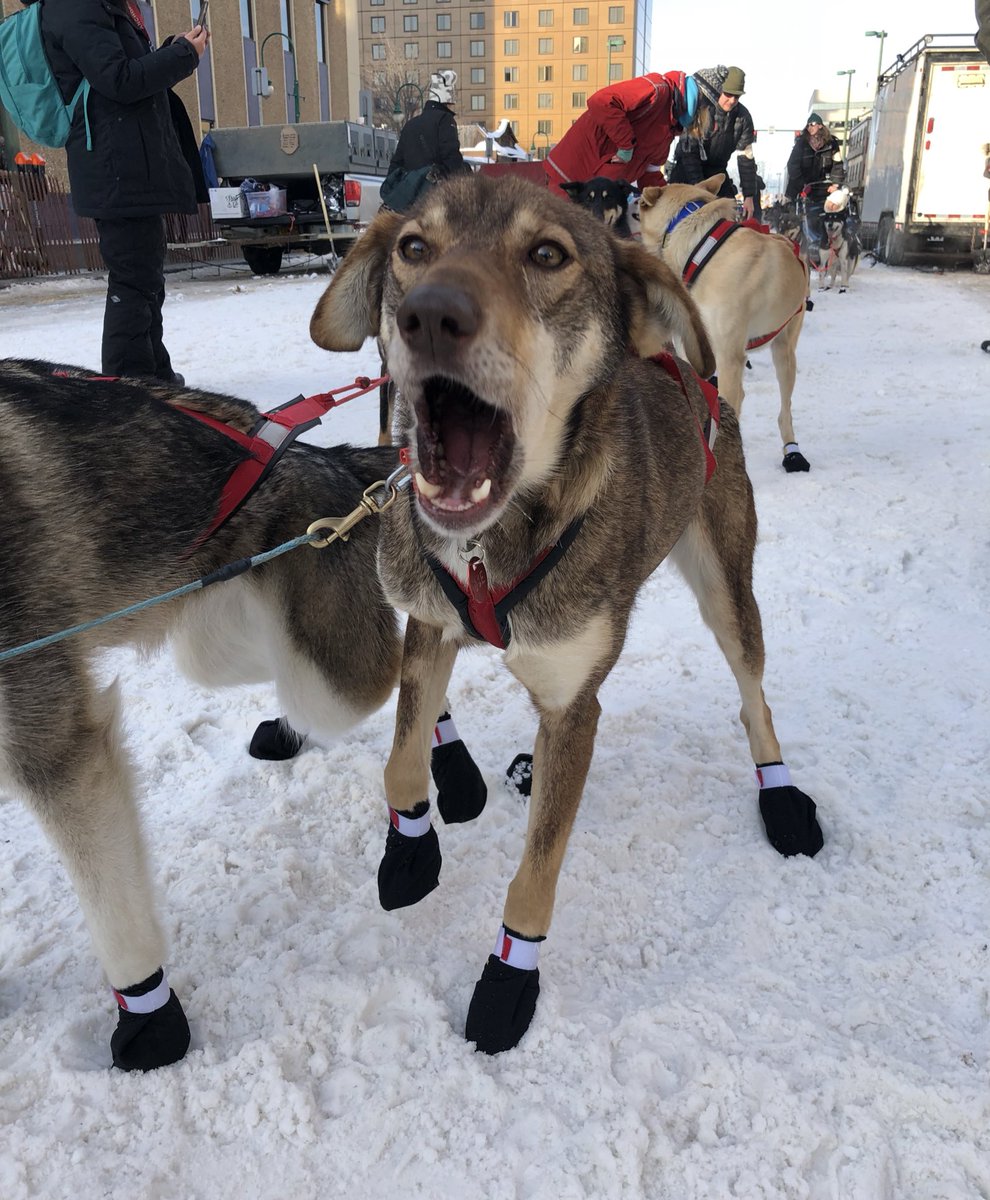 When the film says Togo was a lead dog, that’s what they mean. That he didn’t just set a good pace for the other dogs, but he was a truly inspired problem-solver who wasn’t afraid to make decisions for the team.

Okay, so why do most teams run with *two* lead dogs? 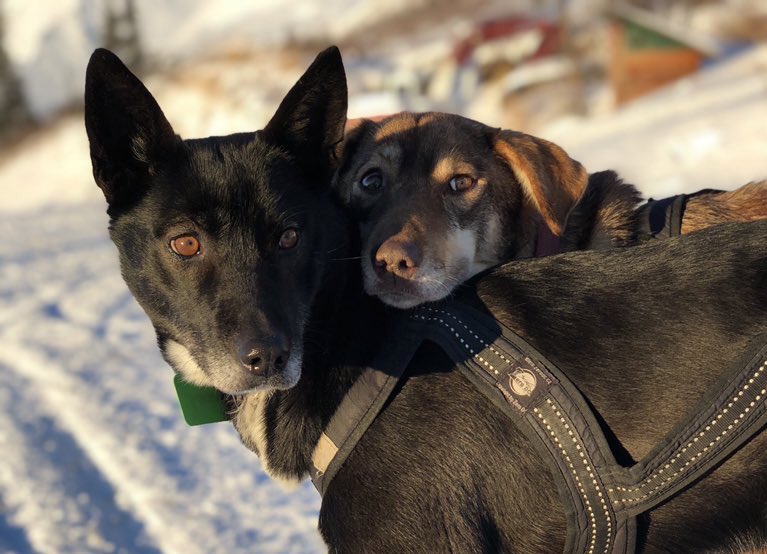 One: remember that sled dogs are pack animals, so even a dog that likes chasing the open trail may appreciate company.

Two: if you have a leader-in-training, you can put an experienced leader beside them to help teach them the ropes.

Our Pepé is a genius leader. Every day with her is a privilege and I have learned so much from her instincts. So we want younger dogs to learn from her instincts, too! Pepe doesn’t need the company, but she serves as a mentor. 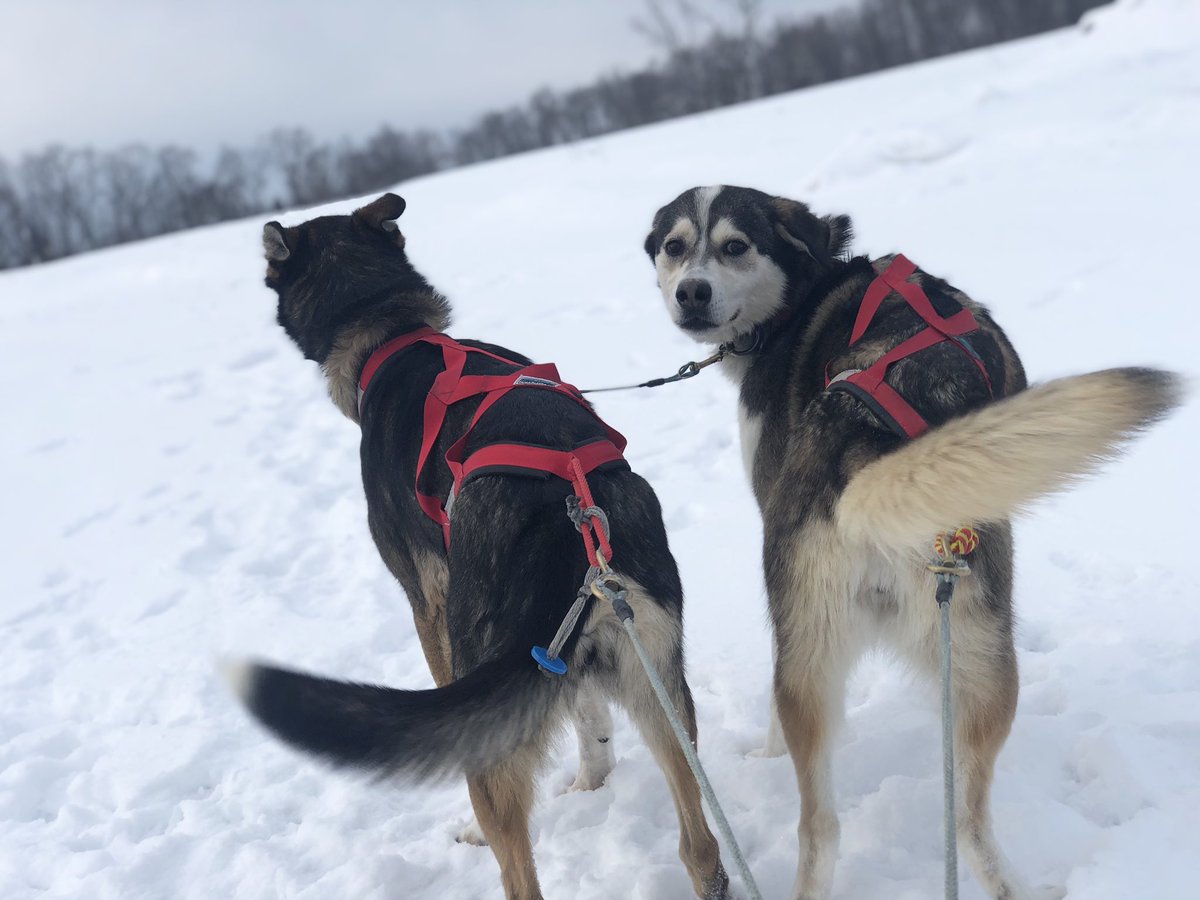 But that’s also why she led so much of Iditarod by herself—what we call “single lead.” Because she is so advanced that any dog that runs beside her is a distraction. She simply preferred it that way. 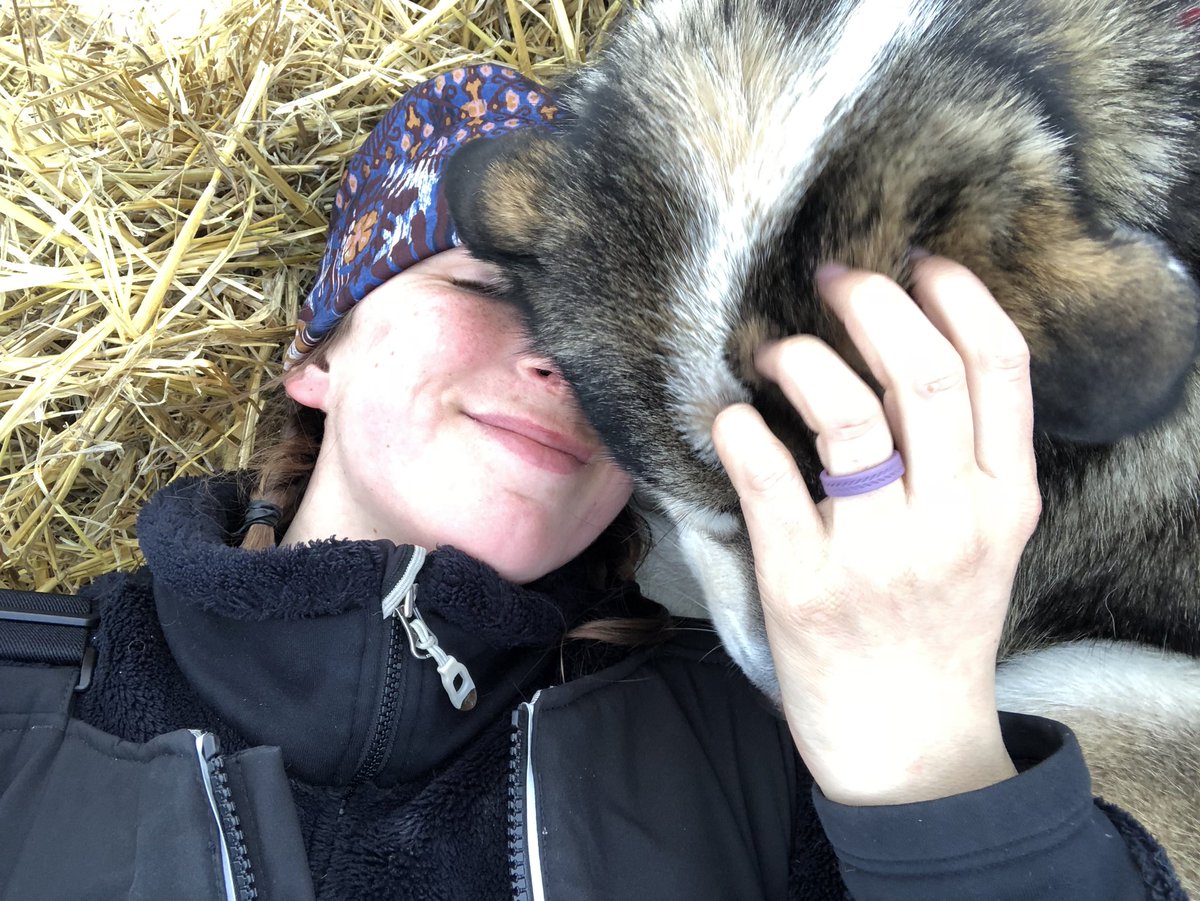 After leading the whole 440-mile @Kobuk440 through the Alaskan Arctic two years ago, Pepé refused to get a ride back to town; she jumped out of the sled for a victory lap.

Now we know that lead dogs are motivated to run in front of the team and that they’re responsible for making decisions. What kind of decisions are they making?

Here’s a good example. In the Percy DeWolfe race, one part of the trail got very slippery. There were several teams who had simply stopped because the dogs didn’t know what to do. Pepé scouted out a strip of ice where the dogs could keep their footing.

Some other situations where lead dogs take initiative: 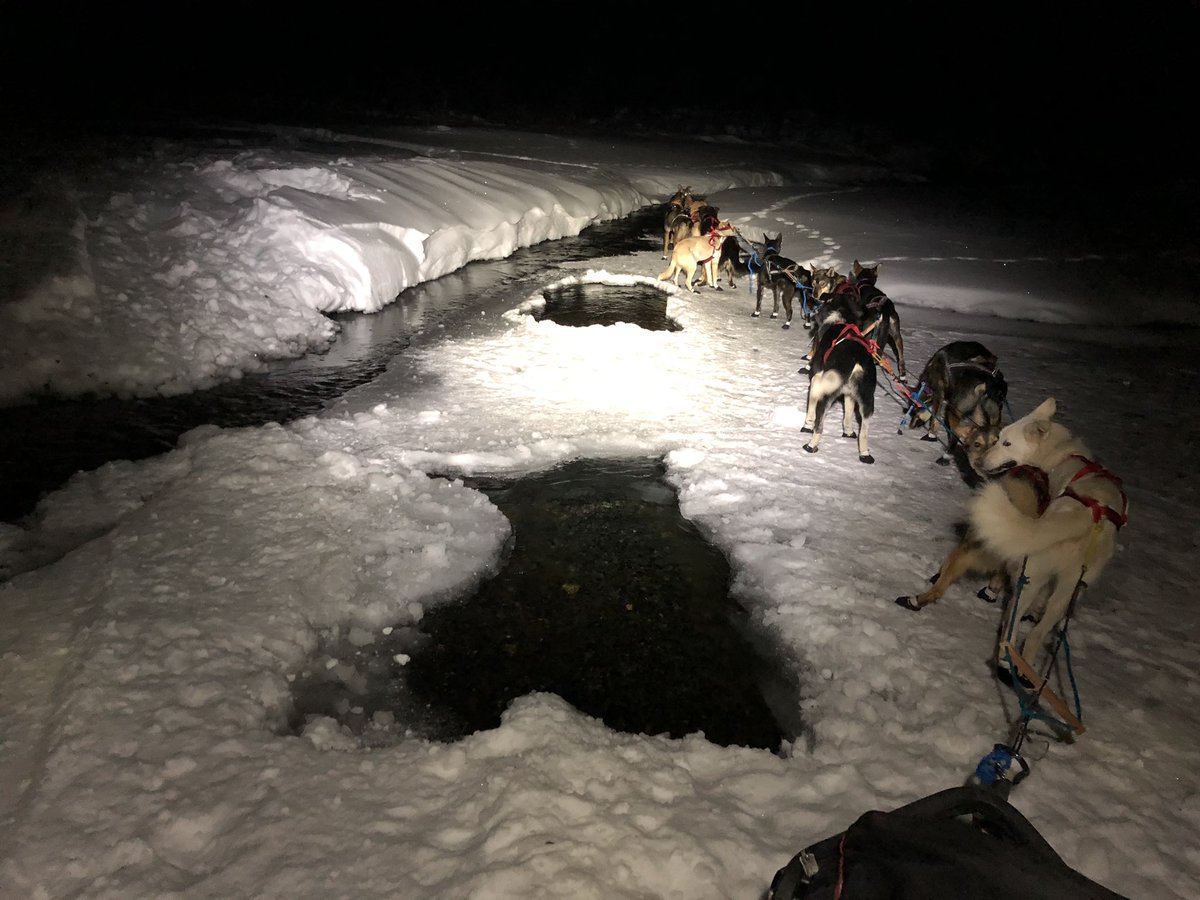 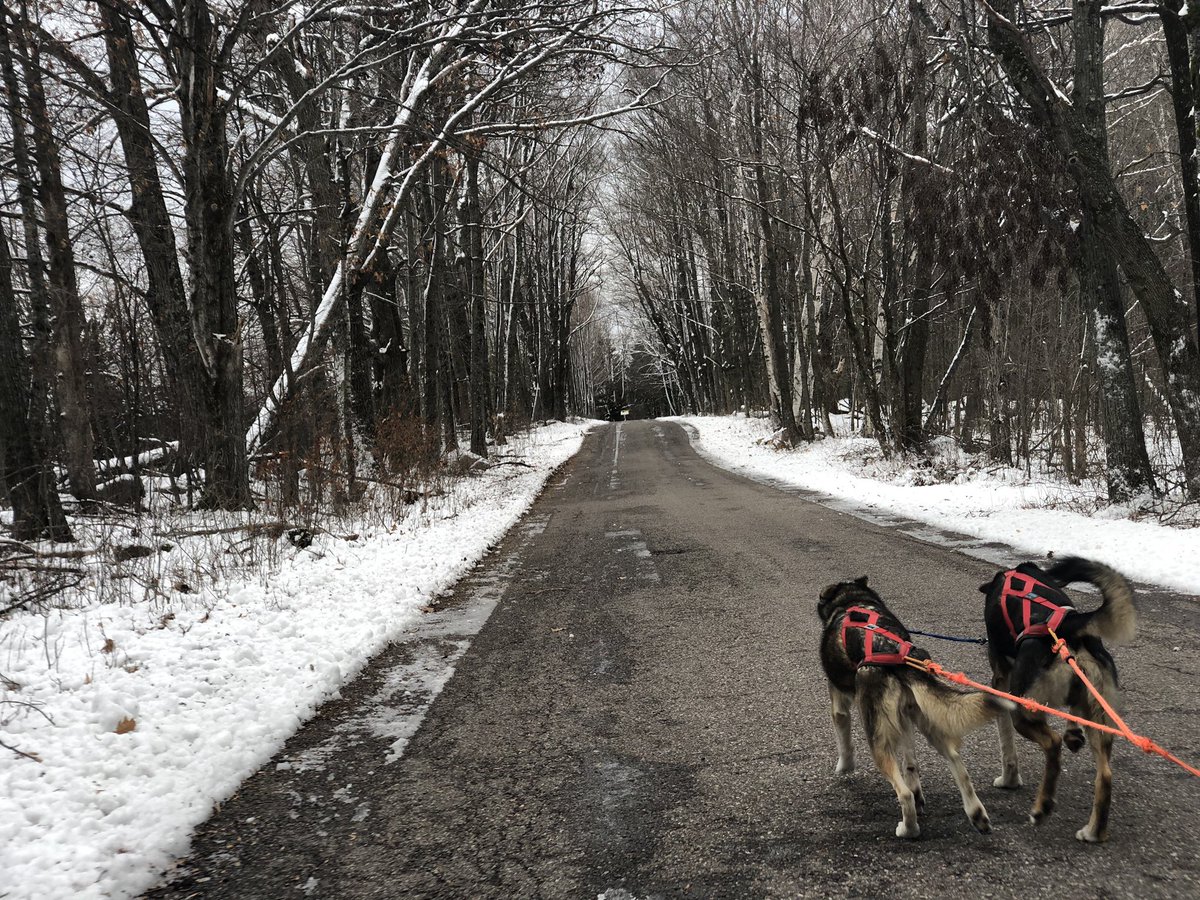 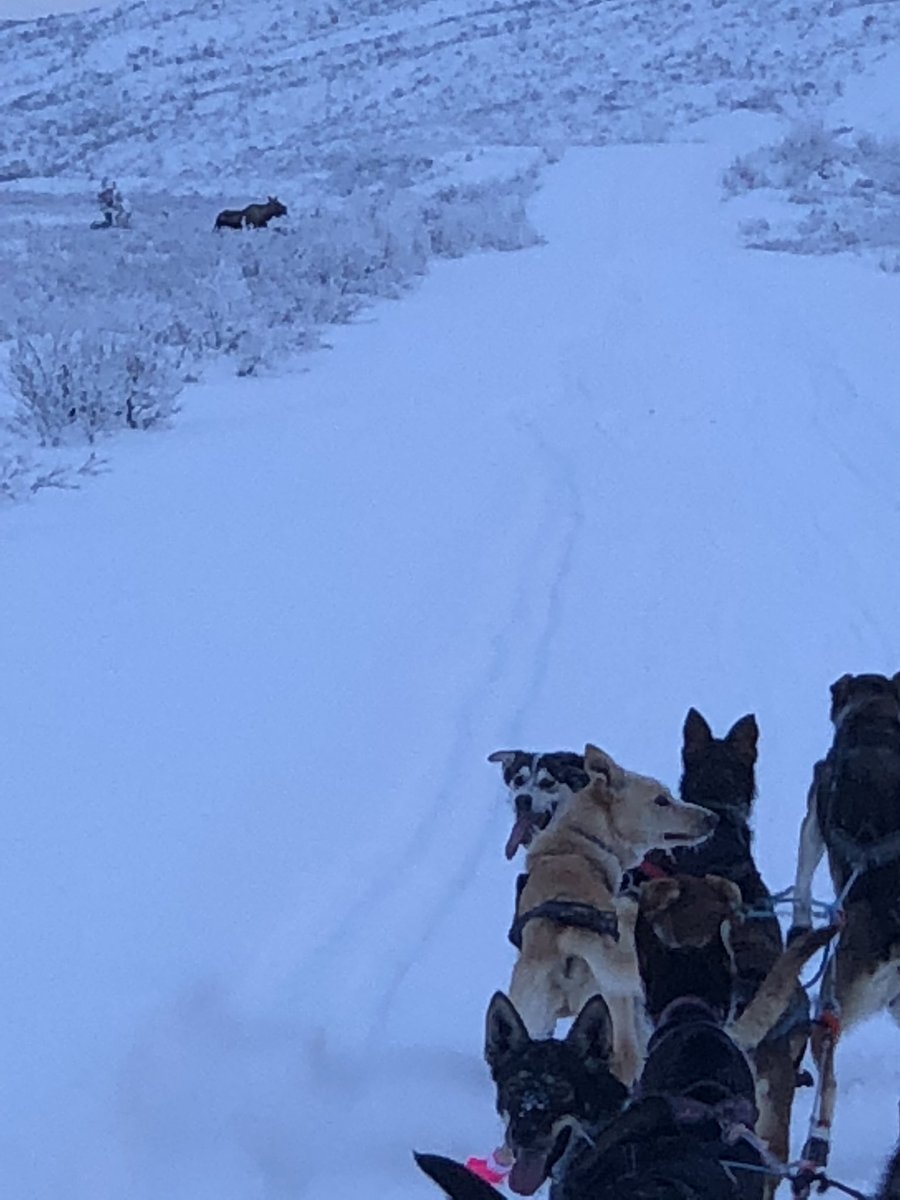 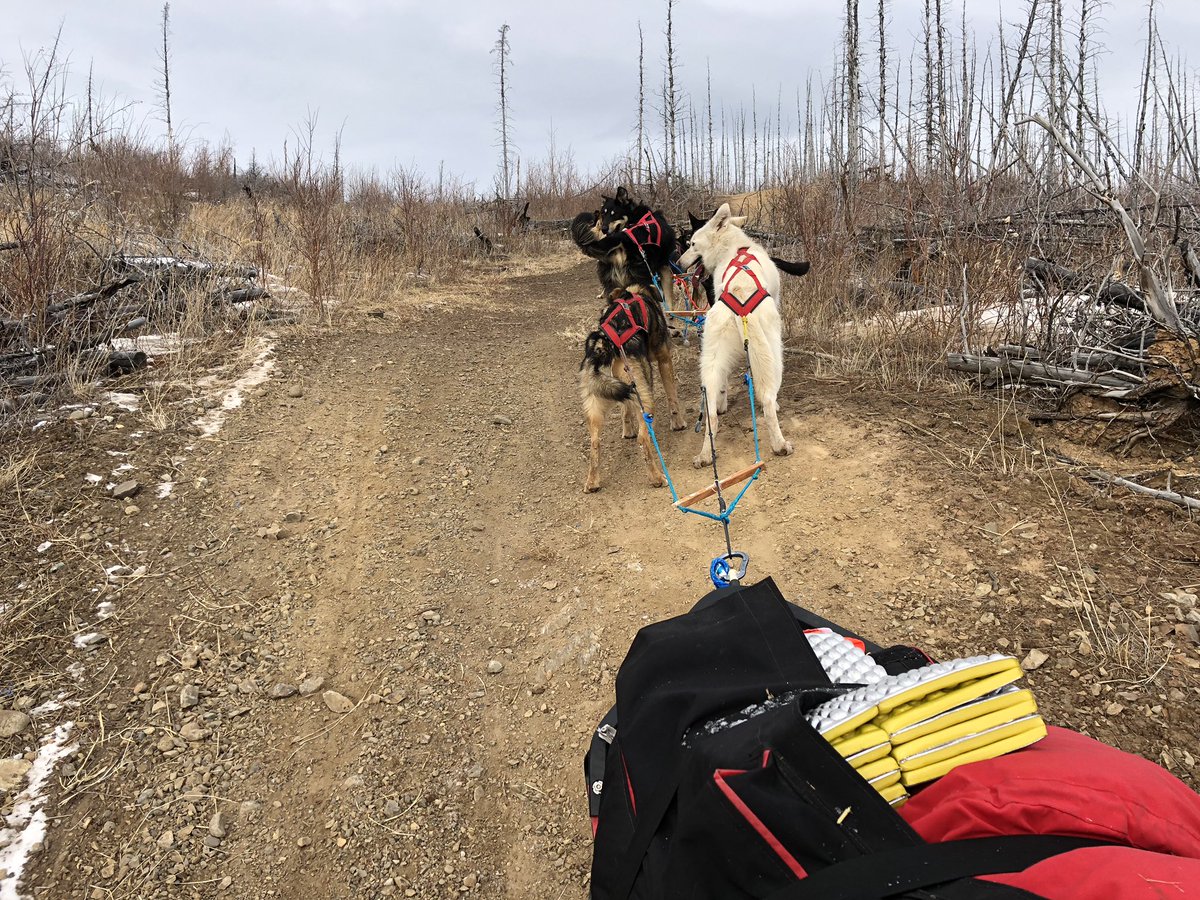 Oh! And one we’ve dealt with a LOT this winter, which is when trees fall across the trail and the dogs either go under, over, or find a way around.

Now, obviously the musher has an opinion about these things as well. When a musher and a lead dog have a close, trusting relationship, it can feel almost like you share the same mind. Like you see the trail through your lead dog’s eyes, and you’re in constant communication.

A young lead dog may not know all the commands yet. In that case, we may refer to them as a leader-in-training, a pace-setting leader, or a dog who “runs in front.” The best way for them to learn commands is to run next to a dog who knows them, aka a “command leader.” 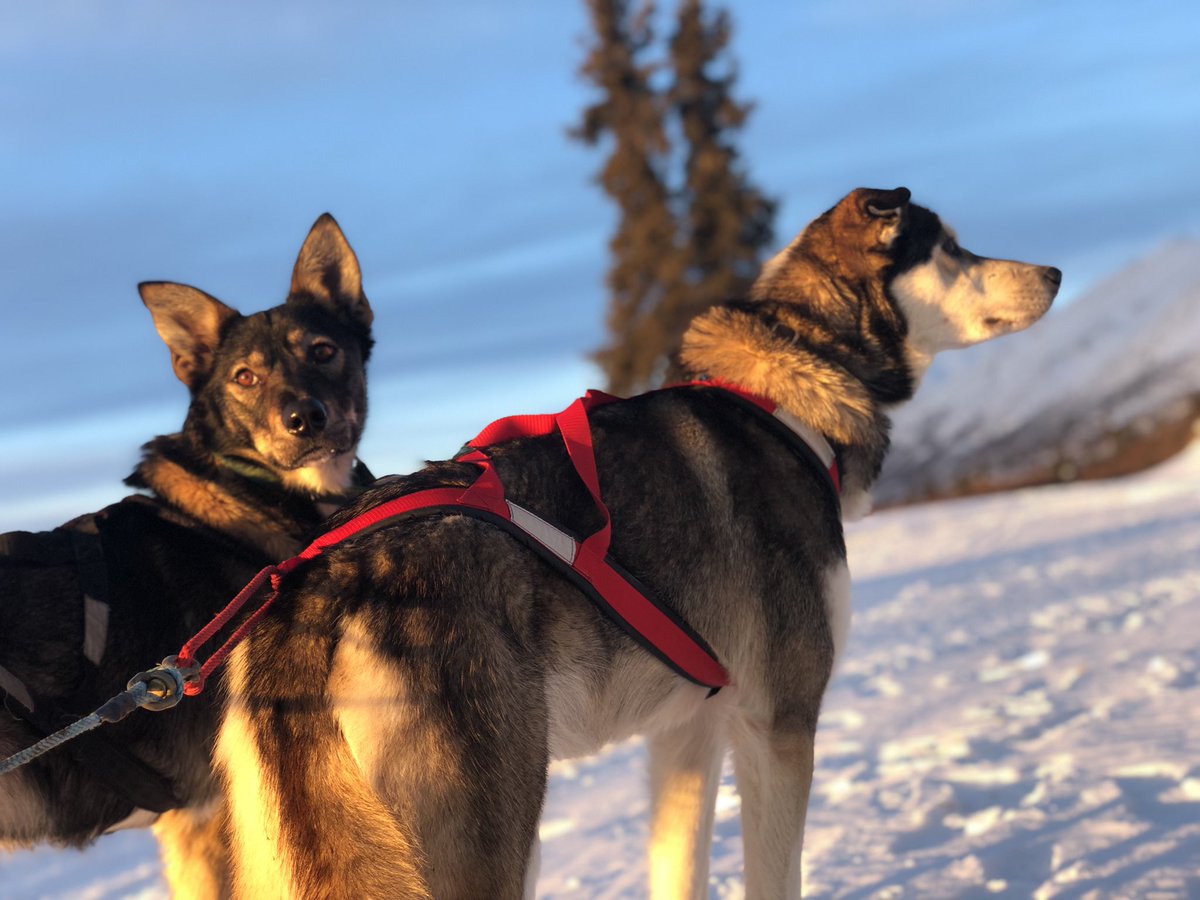 Some commands mushers use:

Another lead dog responsibility is “holding tight,” or holding the gangline taut while the musher brings over the rest of the dogs. Jenga is a MASTER at this. She’s little so she gets low so that no other dog can get her to budge, no matter how much they try to romp around. 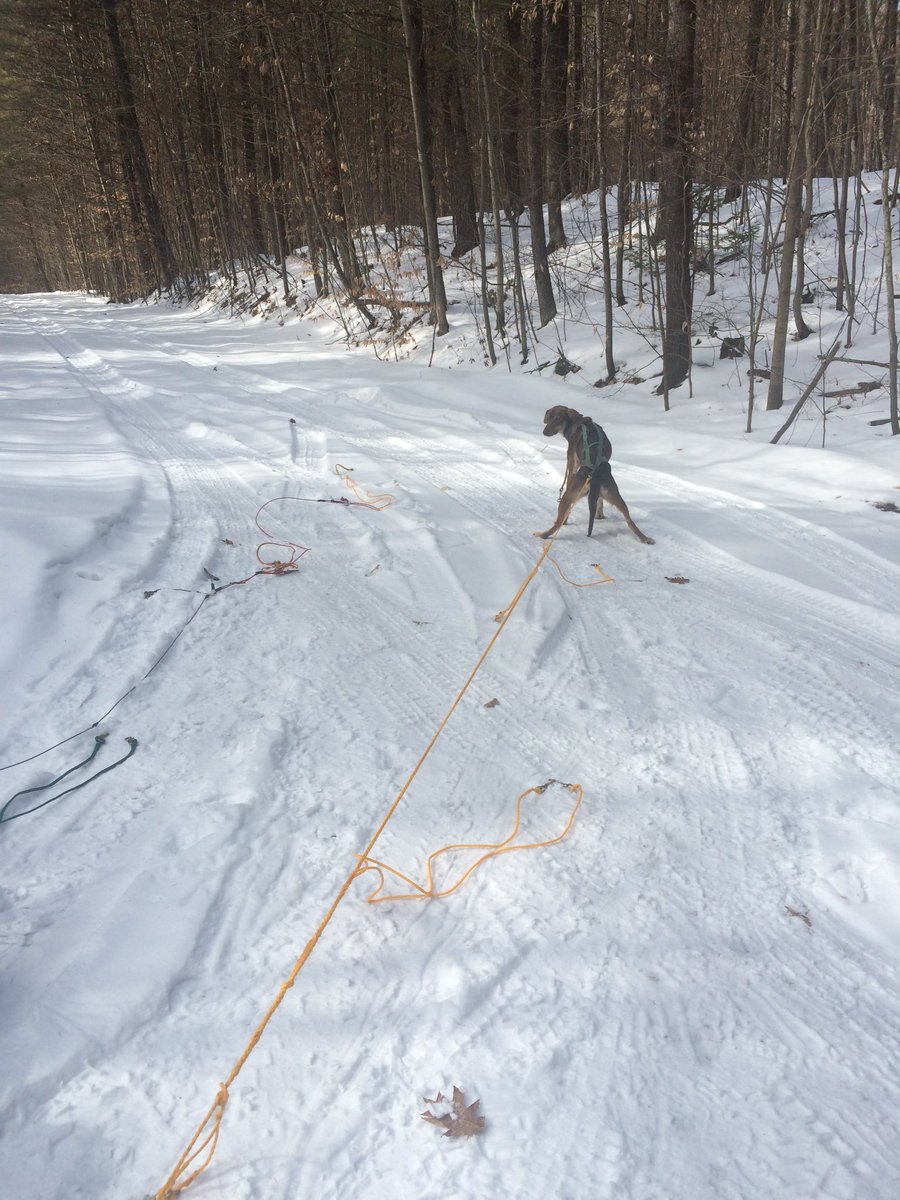 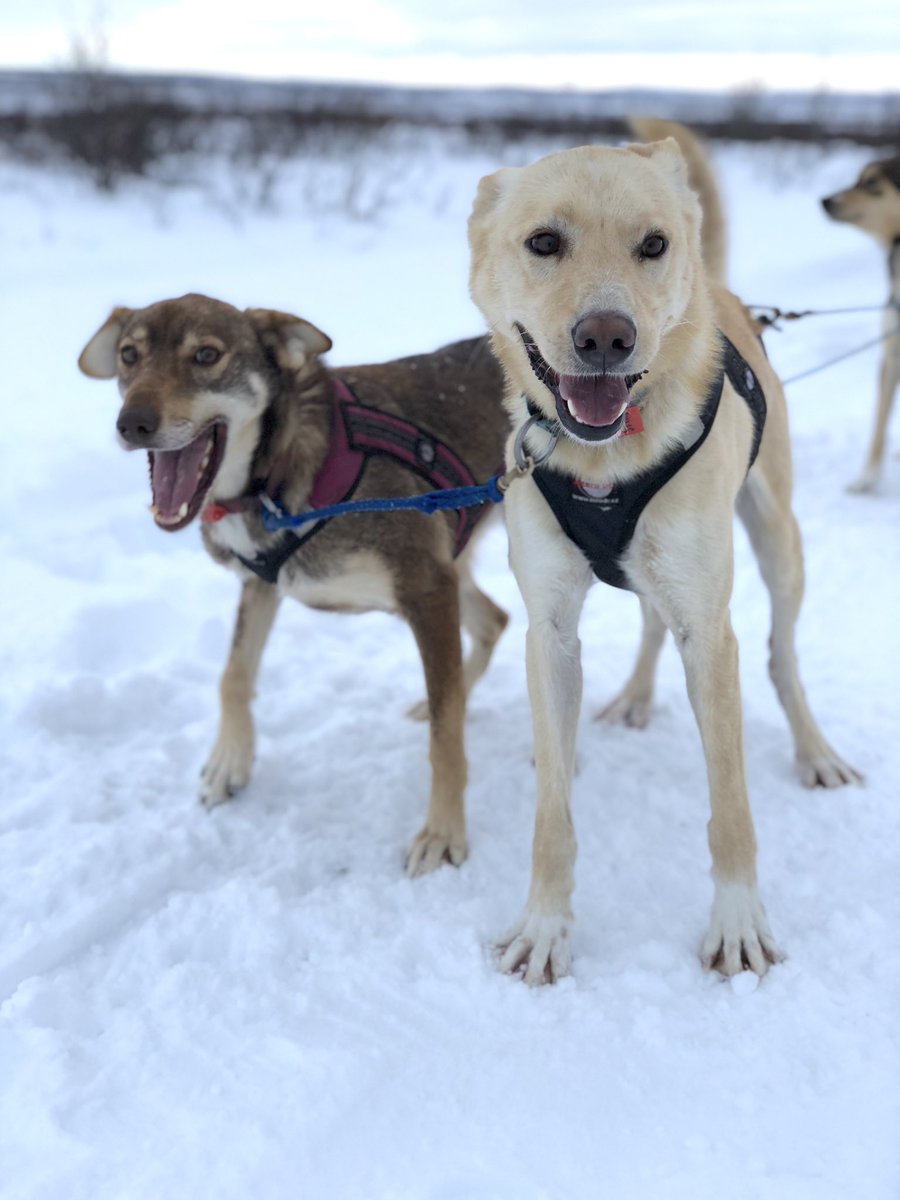 Anyway, hopefully that clears up some of the mysteries of lead dogs! I’m happy to answer any other questions, too. 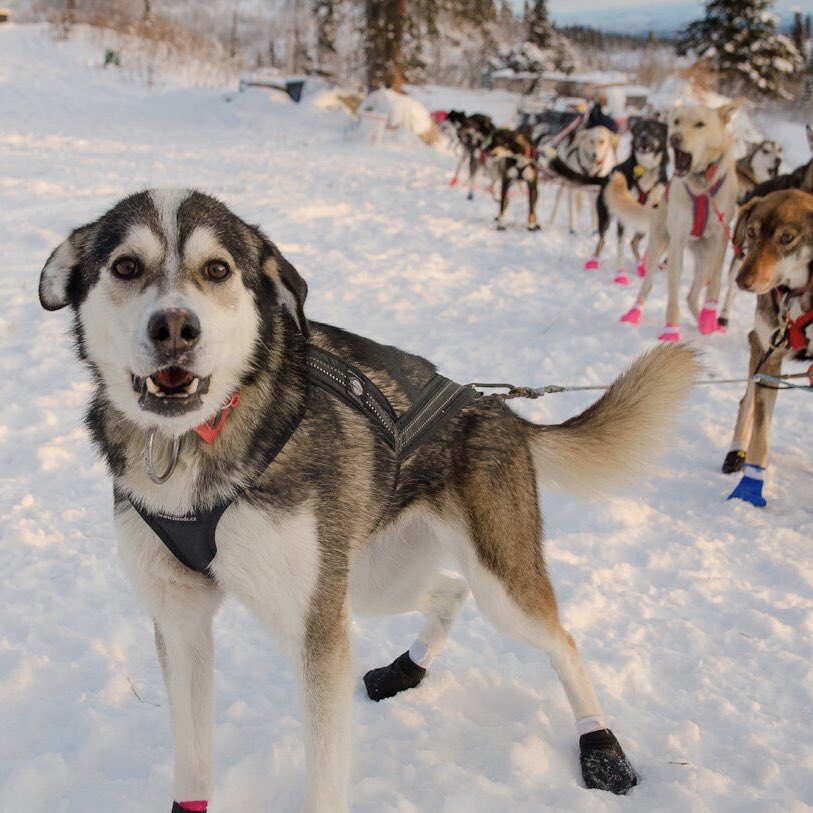 And most importantly: lead dogs get a lot of attention because mushers work with them so closely, but every sled dog has their own role, and every single one is an important and beloved part of the team. 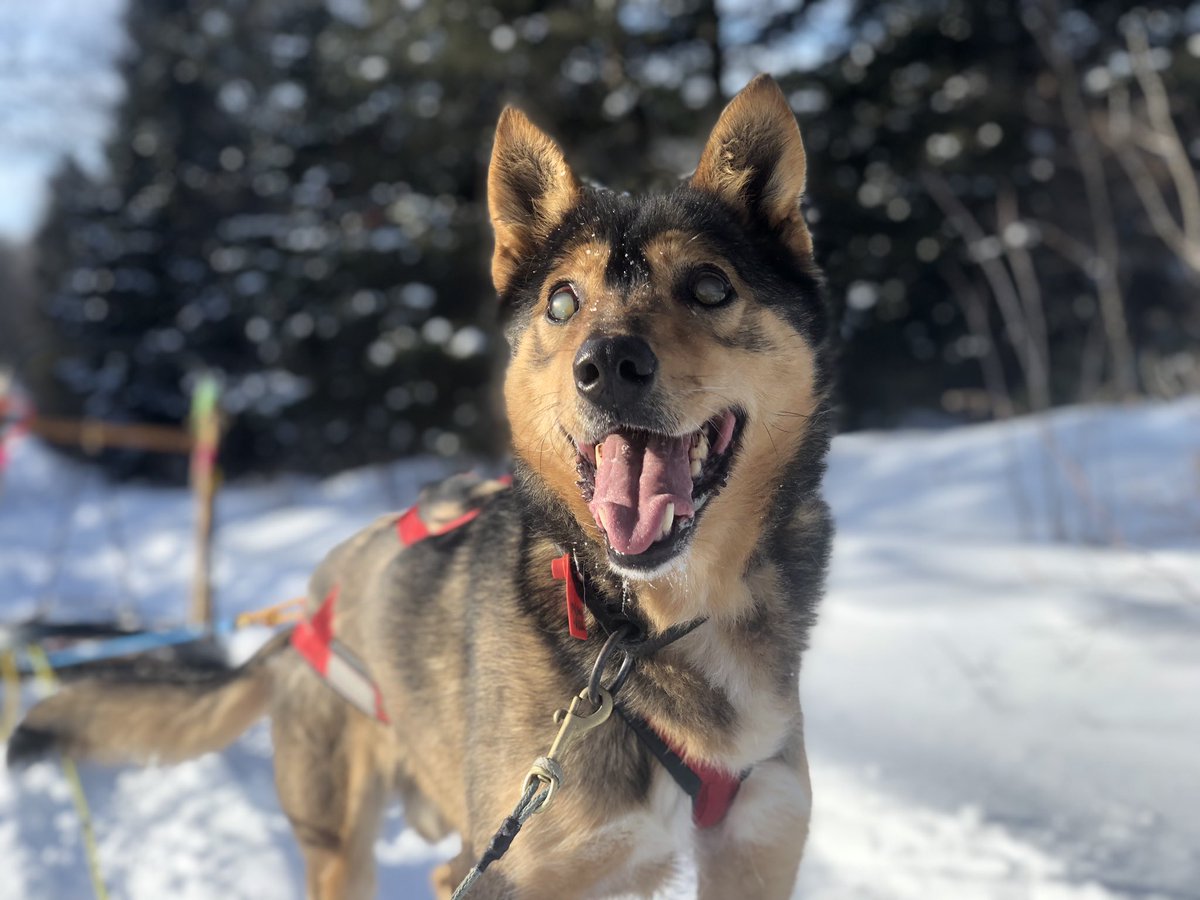