NEW: a federal judge has reversed the convictions of four humanitarian aid volunteers in Arizona, ruling that the government embraced a “gruesome logic” that criminalizes “interfering with a border enforcement strategy of deterrence by death.”  https://theintercept.com/2020/02/04/reversal-conviction-border-volunteers-gruesome-logic/ …

Judge Rosemary Márquez's opinion is worth reading in full but this is the arguably the key passage — a damning critique of the core argument prosecutors have used to criminalize the provision of humanitarian aid for decades. 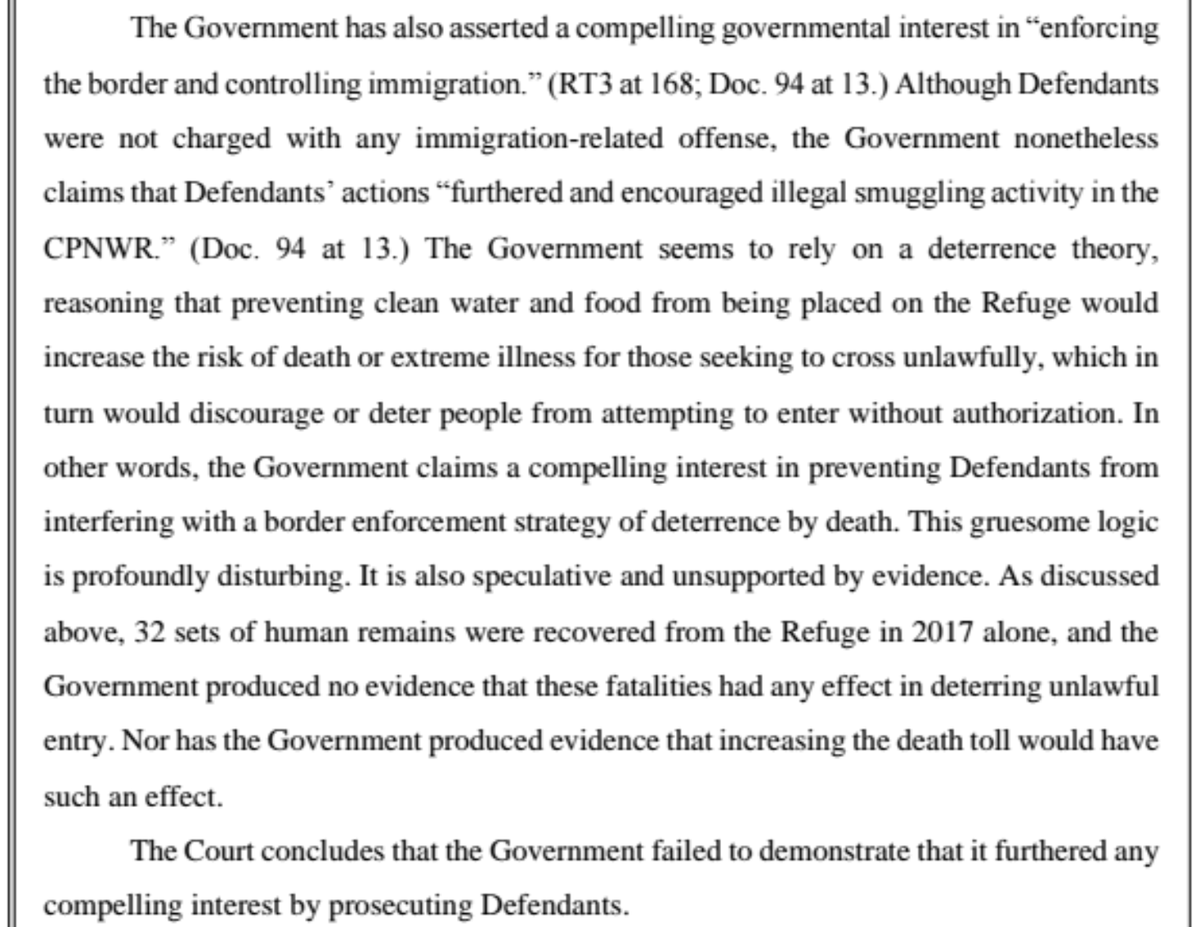 The Trump administration began with prosecutors, Border Patrol agents and Fish and Wildlife officials bringing a series of charges against @NoMoreDeaths volunteers.

This is the second time in a matter of months that those charges have been defeated on religious liberty grounds.

.@ProfKFranke, a leading expert on the Religious Freedom Restoration Act, told me that she expects the government will appeal.

“But," she said, “what we’ve got now is a developing record of careful analysis from federal courts on how RFRA ought to apply in contexts like this.”

Greg Kuykendall, who represented @NoMoreDeaths volunteer Scott Warren in two other cases stemming from the administration's crackdown, said the reversal reveals what the government refuses to acknowledge.

"They need dead bodies in order for their deterrence strategies to work."