When I type "vaccine" in @instagram's search bar, every account its algorithm suggests that's visible is an anti-vax account. That's not just shameful, it's dangerous. 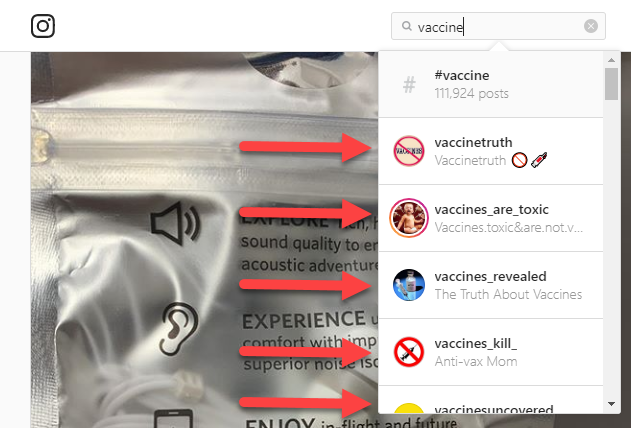 The first suggestion is the #vaccine hashtag. That's logical and, in theory, a fine suggestion. And lo! (as of last Sept.) if I select that for my search, I am served with a notification promoting @CDCgov as an authoritative source of info about vaccines. 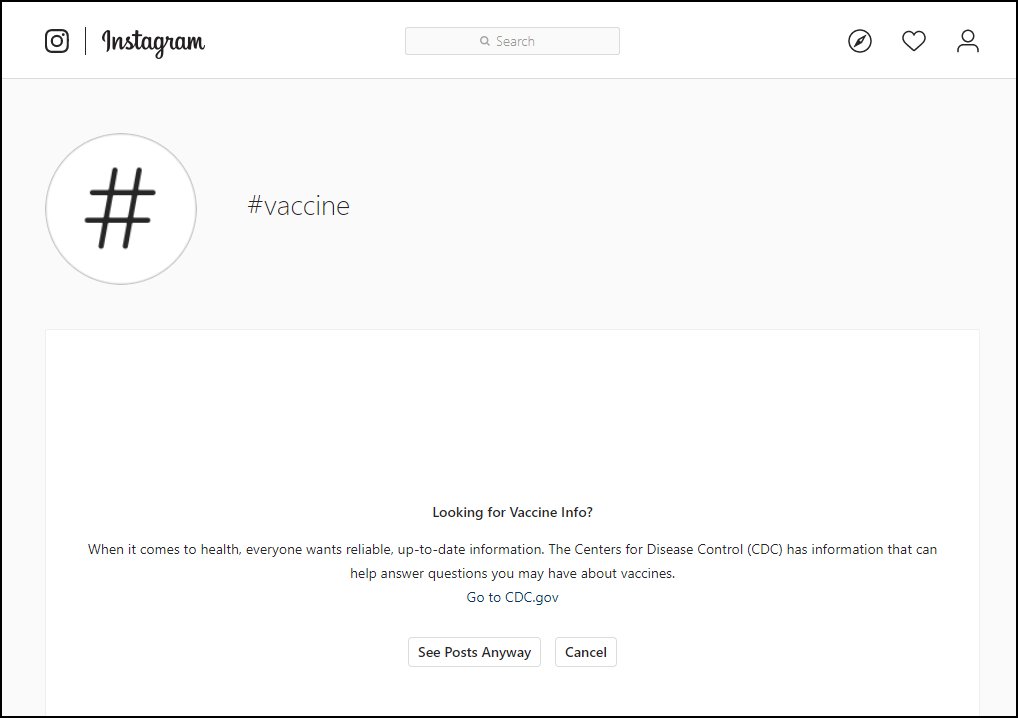 This is good--certainly a step in the right direction--but even that notification **doesn't clearly state that vaccines are safe & effective**. So what happens to people who don't click the link to @CDCgov & instead head into the #vaccine hashtag?

Well of course that's going to be different every time you check the hashtag, but anti-vax accounts extremely active on the hashtag and consistently push highly emotional/provocative but widely debunked misinformation that, again, is overtly dangerous.

And what happens if you decide instead to click on one of the suggested accounts? The @instagram algorithm recommends an entire lineup of similar accounts for you to explore...right up top: 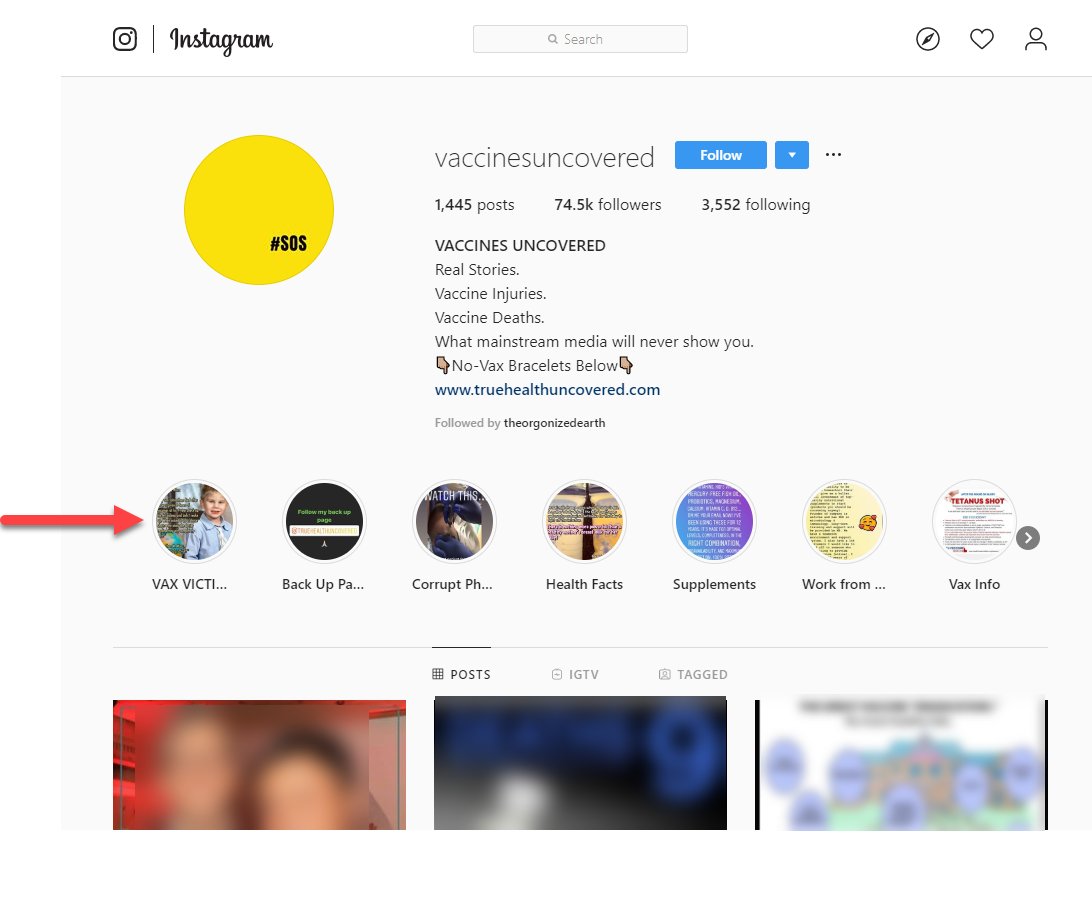 While the platform has definitely made strides (until recently it suggested anti-vaccination hashtags to people searching for the word "vaccine"), it has a lot of work to do. It will still suggest anti-vax hashtags if you start to type one--for example: 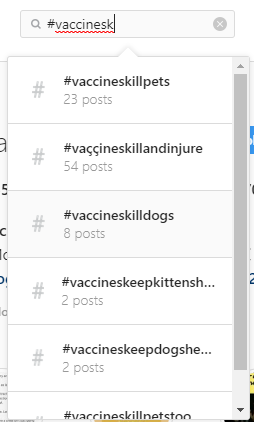 And the anti-vaxxers have taken a page out of the online extremists' handbook and started deliberately using alternative characters like cedillas and left parentheses to avoid platform filters: 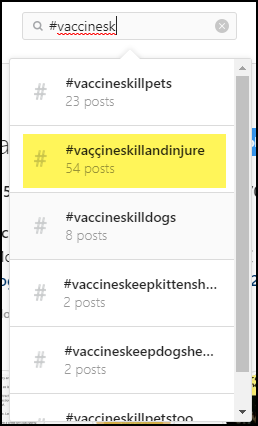 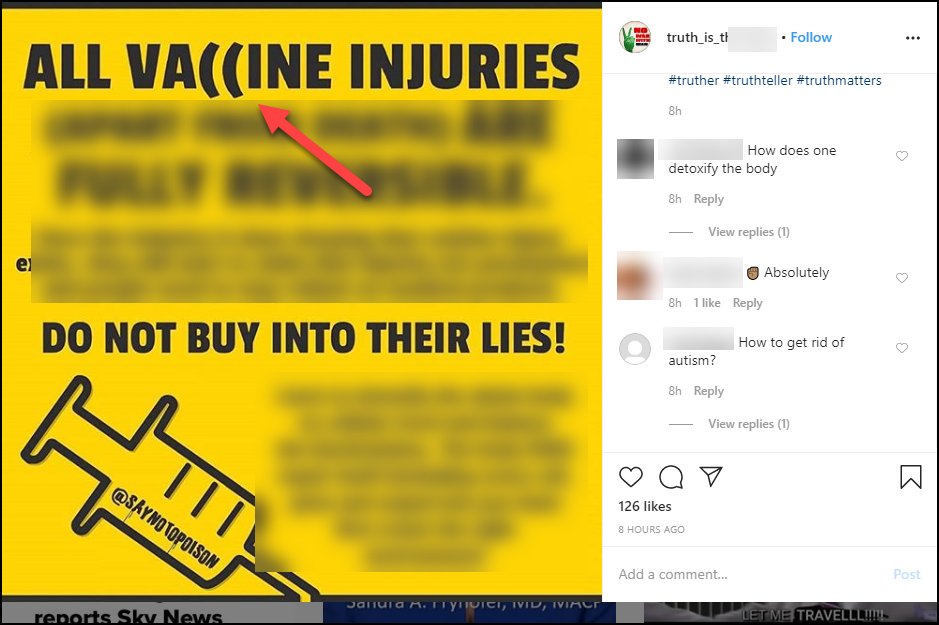 #Teachers: We need to inoculate students against this dangerous misinformation trend. Teach them the facts about vaccines, and the dangers of anti-vax propaganda. Then get them involved.

Let them search hashtags & screenshot problematic results. Have them follow algorithmic suggestions (w your guidance), documenting the ways in which they're steered toward dangerous content. Report accounts. Create pro-vaccination memes & vids & post those to prominent hashtags.

Most importantly help them see that the issue of misinformation & the creation (& enforcement!) of meaningful, effective content standards by social media companies is one of the most important political issues of their generation--one w an enormous impact on every other issue. /