Data from  http://windy.com  shows a massive release of sulfur dioxide gas from the outskirts of Wuhan, commonly associated with the burning of organic matters. Levels are elevated, even compared with the rest of China. 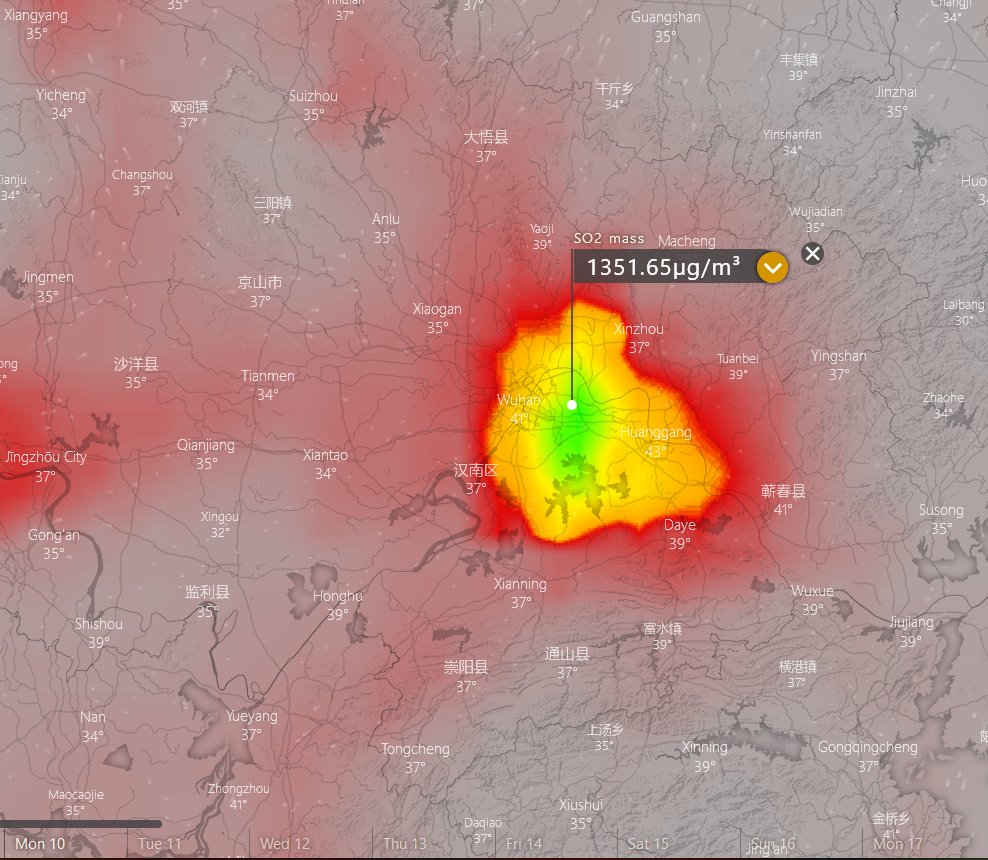 From the same time, using the same scale - notice that the emissions are heightened across the board. Only other city that comes near to it is Chongquing, which is also afflicted by the #coronavirus. 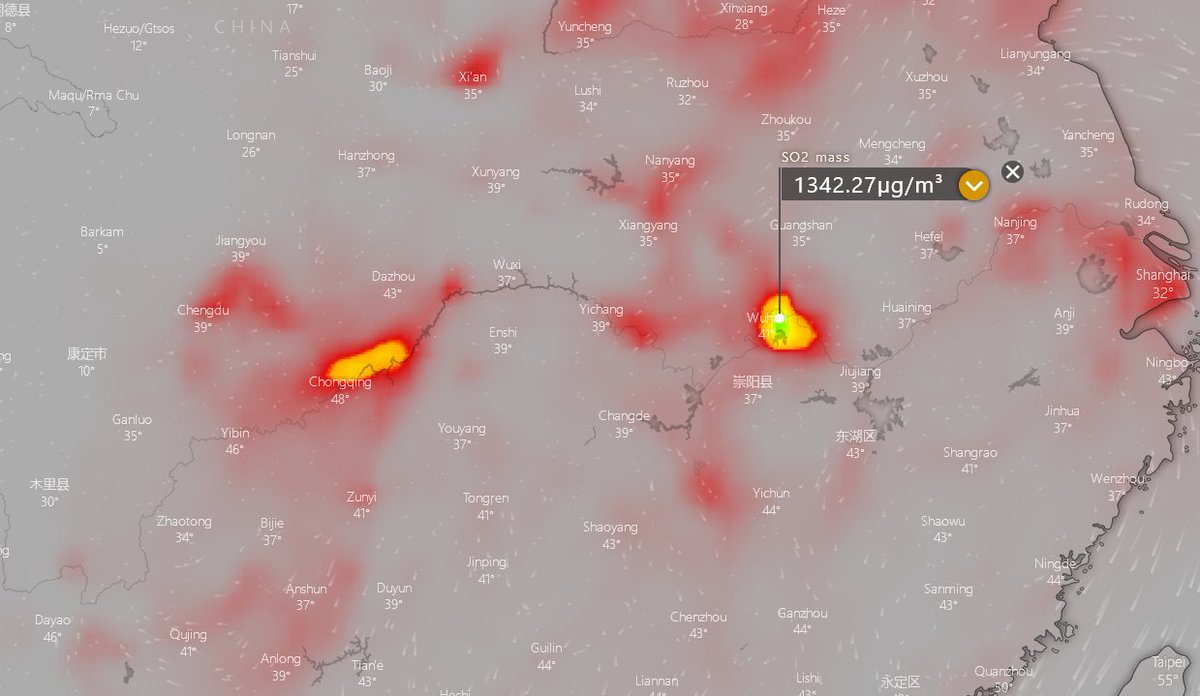 A couple distinct possibilities: This is a power plant releasing all this gas. Unlikely, considering how deviant the numbers are from the norm. No other city comes close to how much SO2 is being released from Wuhan.

A second one: Wuhan is burning municipal trash and possibly contaminated animal carcasses. Possible, but why would they not just dump it where they usually do?

And the third and most morbid: Dead bodies are being burned on the outskirts of the city, the death numbers are way higher than the CCP is letting on about, and things are really, really bad.

I don't know the relative probabilities of these events, make up your own mind as to which is most likely.

Also note that I changed the scale displayed to view only the peaks, look at concentrations above 500ug/m^3 to see the real story.

If this tweet gets taken down you know what happened.

This is from 4chins so take this with a grain of salt, but one poster extrapolated from the SO2 release data and estimated 14,000 bodies would have to be burnt to reach this level of emissions. #coronavirus 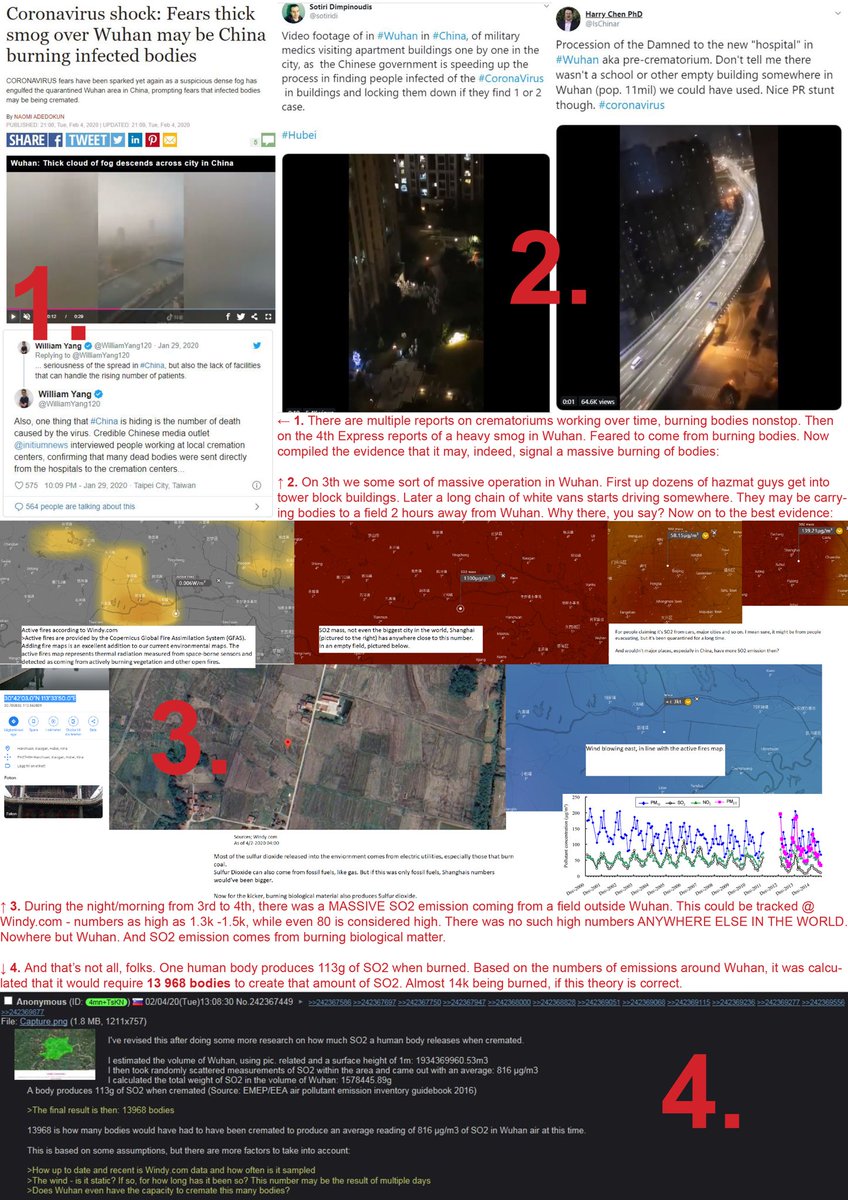 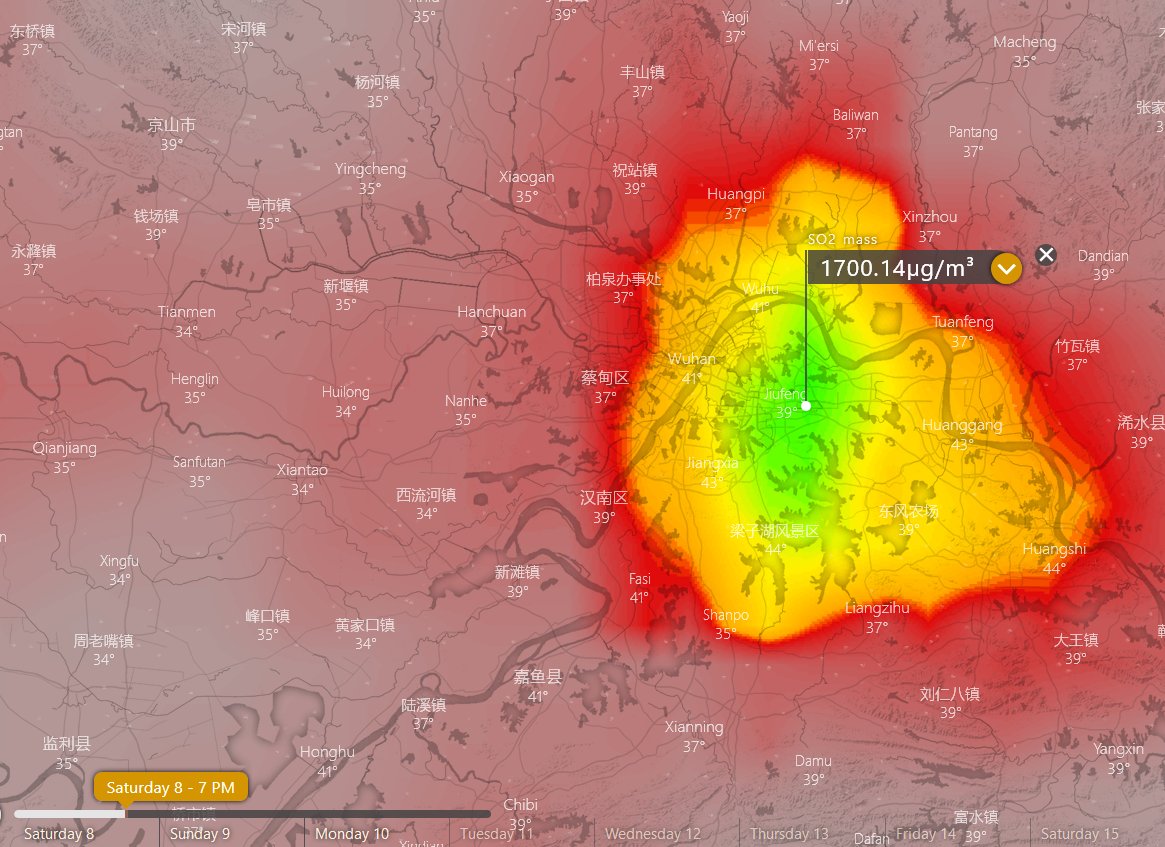 Next closest is Chongqing at roughly 800ug/m^3. 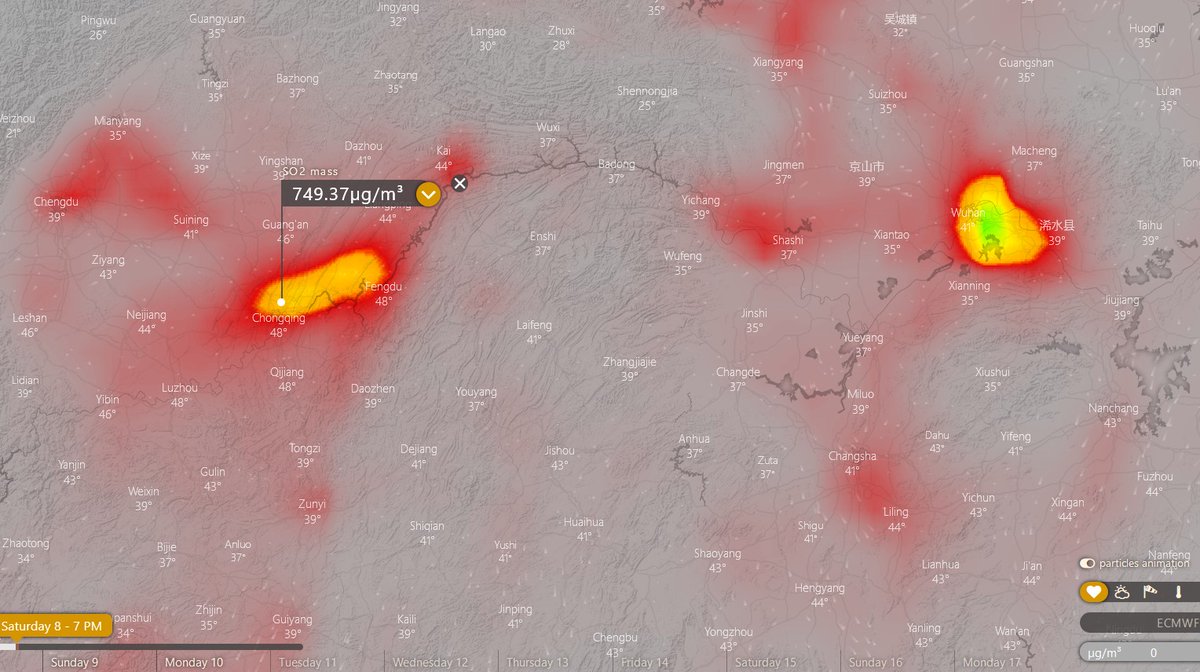 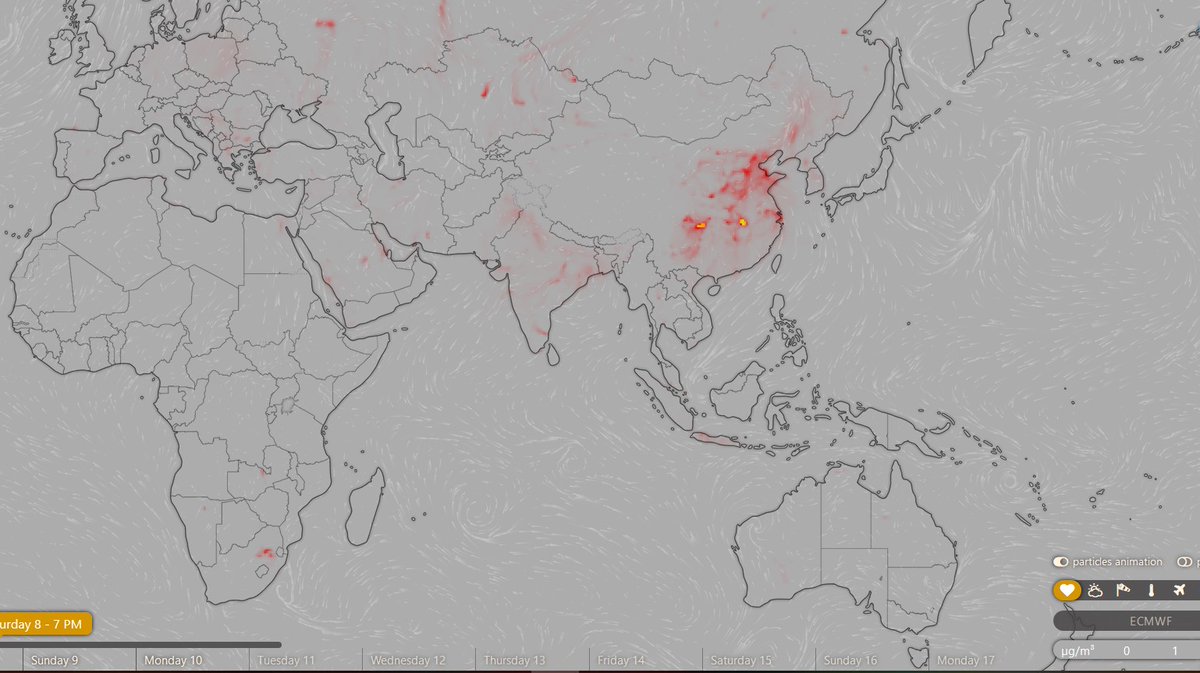 Here's another view with the levels in frame.