Welcome to the press room at the 92nd annual Academy Awards! @thathagengrrl here once again to bring you exclusive highlights from winners backstage, thoughts on #Oscars history, and much more! So thrilled to be here - let’s get started!

Two Black List scripts are nominated for #Oscars tonight! First up: @jojorabbitmovie, a 2012 Black List script by @TaikaWaititi! The film is up for SIX awards tonight, including Best Picture and Best Adapted Screenplay.

And @tomhanks is up for Best Supporting Actor in @ABeautifulDay, a 2013 Black List script by @noahharpster and Micah Fitzerman-Blue! Best of luck to all nominated films - I think it’s going to be a very exciting evening!

But down to matters of the utmost importance: Who’s you best-dressed so far? I’m loving Laura Dern, Regina King, and of course the one and only @theebillyporter!

Natalie Portman is wearing an incredible garment featuring the names of female directors who were unfortunately not nominated this year - we love to see it! 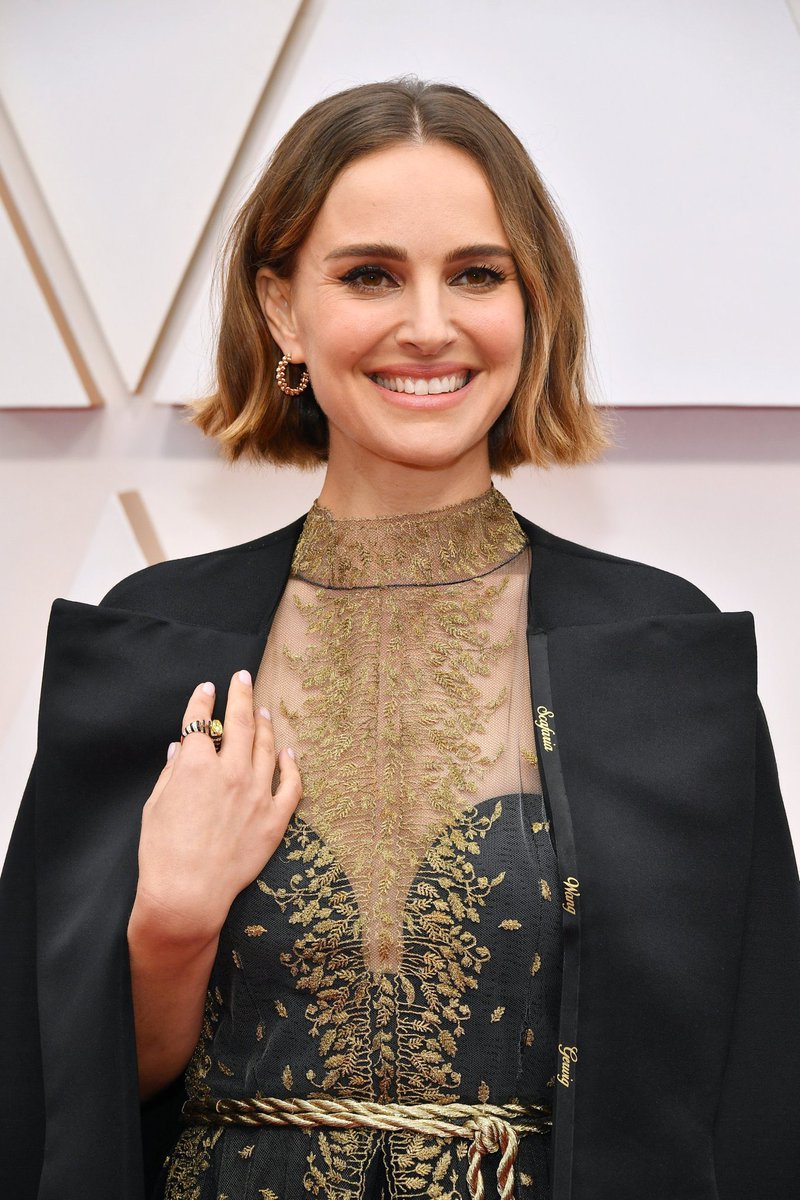 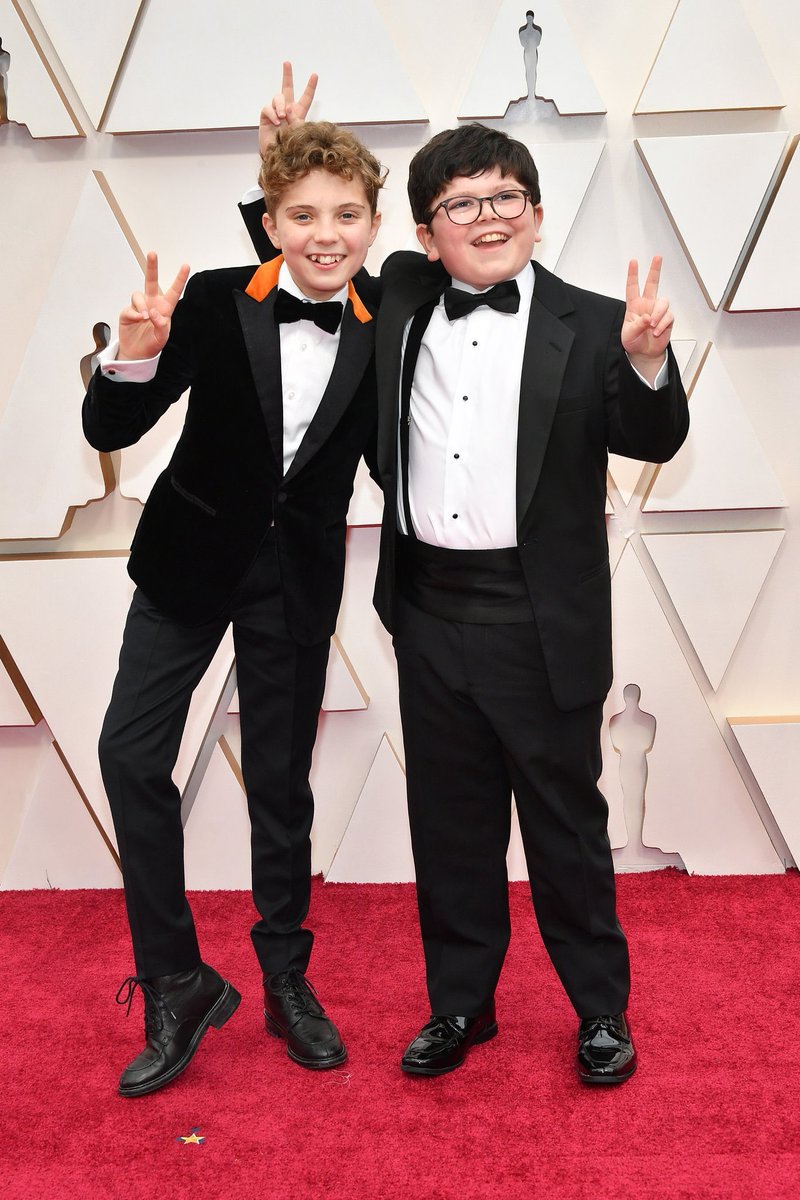 T-minus TWO minutes til showtime! What snacks are we serving??

Well hello @JanelleMonae! So happy to see a song and dance number open the show!

The first award of the night, Best Supporting Actor, goes to Brad Pitt’s Cliff Booth in ONCE UPON A TIME IN HOLLYWOOD! Hopefully this means Brandy will get an extra dog treat tonight... #Oscars 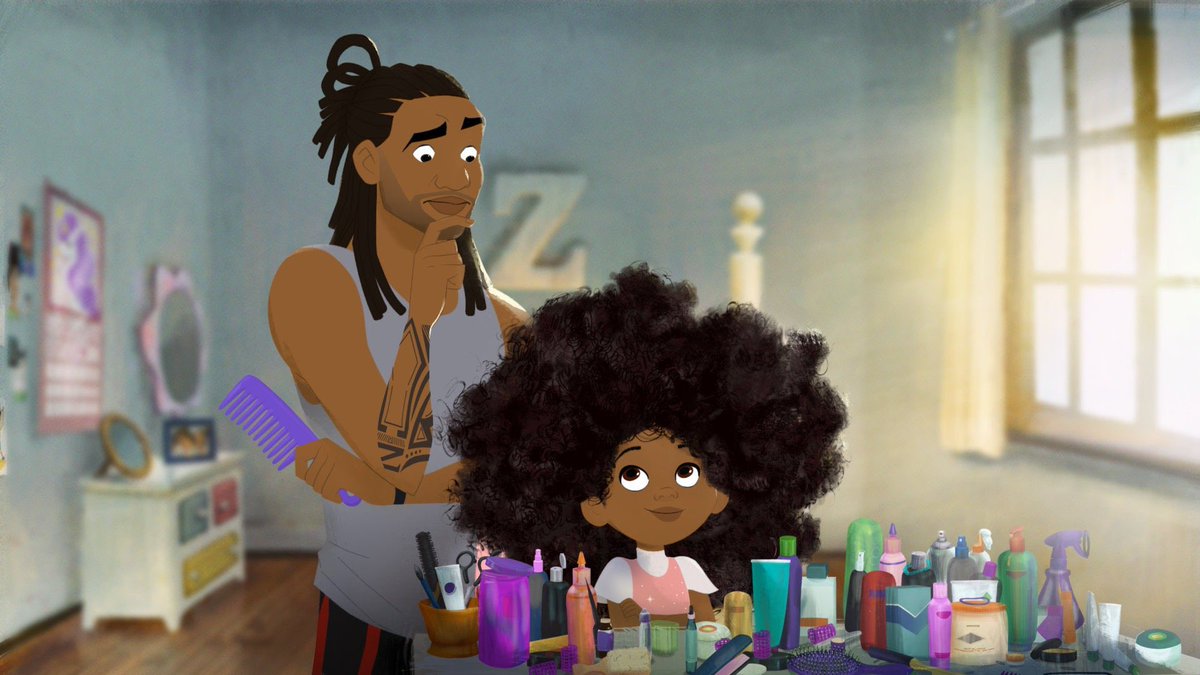 🚨 Time for the screenwriting awards! 🚨

In the press room, Brad Pitt says that speeches make him nervous, so he spent time writing and practicing on his all throughout the season. #Oscars

Pitt says that this week was a “disappointment,” which prompted him to mention John Bolton in his acceptance speech. #Oscars

Congratulations to @TaikaWaititi - @jojorabbitmovie (a 2012 Black List script) has just won Best Adapted Screenplay! Cheers to the entire cast and crew, we’re thrilled for you! #Oscars

The TOY STORY 4 filmmakers say that the idea of giving Woody a second chance is what initially inspired the plot of the film. #Oscars

The producers of HAIR LOVE say that they are most proud of the positive, meaningful images the film provides black families. @MatthewACherry says flipping the script on gender norms was also of paramount importance to him. #Oscars

Barbara Ling and Nancy Haigh take home Best Production design for ONCE UPON A TIME IN HOLLYWOOD! It’s the first film of the night to win multiple awards. #Oscars

.@MatthewACherry says he hopes HAIR LOVE will inspire diverse young animators to explore their own stories on film. #Oscars 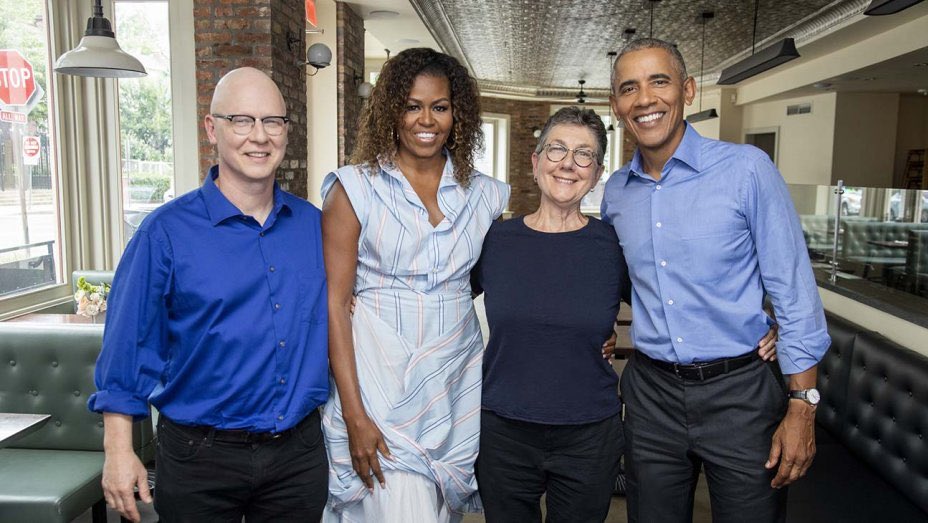 In the press room, @TaikaWaititi says that the biggest challenge in writing for children is casting a child actor that best embodies the character. #Oscars

.@TaikaWaititi says he prefers writing on PC instead of Mac because the bounceback of the keys! #Oscars

.@TaikaWaititi tells his former 2012 self to “Eat his vegetables, don’t take things to seriously, and kiss that baby,” in reference to his child who was born around the same time as when @jojorabbitmovie was on The Black List!

Congratulations to Laura Dern on her first-ever Oscar win for Best Supporting Actress in @MarriageStory! #Oscars

The ONCE UPON A TIME IN HOLLYWOOD production designers say that their biggest challenge in creating the film’s aesthetic was Los Angeles’ current, constant redevelopment. #Oscars

Cheers to @1917 on their award for Best Sound Mixing! Quite a bombastic experience to see that film in a cinema. #Oscars

AMERICAN FACTORY filmmaker Julia Reichert stresses “sisterhood and solidarity” for women in the industry as we continue pushing for gender parity in all areas of filmmaking. #Oscars

Laura Dern arrives in the press room! She credits Noah Baumbach’s @MarriageStory screenplay for encouraging unity on a micro level that we could learn from on a national level. #Oscars

Dern encourages women who want to break into filmmaking to “honor their own voice” and take some advice from her fourth grade teacher: “Keep your eyes on your own paper.” #Oscars

“I would give this award to Greta Gerwig if I could...I share this with Noah and Greta after our wonderful year of art and friendship.” -Laura Dern #Oscars

“Make sure your story and your crew reflects our global community.” -Laura Dern on the power producers and financiers have to make films more inclusive. #Oscars

Mother Diane Ladd and godmother Shelley Winters are named by Dern as her biggest inspirations as an actor. #Oscars

The team from @bombshellmovie take home the award for Outstanding Hairstyling and Make-Up - cheers all! #Oscars

In the press room, Roger Deakins says that the premise and a chance to collaborate with Sam Mendes once again brought him to @1917. #Oscars

.@ParasiteMovie becomes the first Korean film to ever win Best International Film at the #Oscars! Cheers to the cast and crew on their historic victory! #Oscars

Only a handful of awards left...last call for Best Picture predictions! #Oscars

Hildur Guðnadóttir becomes the first woman EVER to win Best Score (as the award exists today) at the Academy Awards for JOKER! #Oscars

It’s been an especially tough year for saying goodbye to cinematic titans who’ve shaped our understanding of the world - thanks to the many, many gifts you shared with us.

We’re in the presence of royalty in the press room: Sir Elton John and Bernie Taupin are here! Both men credit their partnership and friendship of five decades as a constant in their own lives. #Oscars

The one and only Jane Fonda is here to present Best Picture! Drumroll please...

The press room EXPLODES with applause as PARASITE takes home Best Picture! It’s been a blast to spend this awards season with the PARASITE cast and crew - congratulations, all!

The show might be over but the press room is still lit! We’ll have more insight from winners as they head backstage...

And we’re back! Renee Zellweger says singing in the car on the 405 in traffic helped her prepare for the many performance moments in JUDY. #Oscars

“How much time do you have?” -Renee Zellweger on the ways she’s changed as an actor and a person since her first Academy Award win for COLD MOUNTAIN in 2004. #Oscars

Zellweger also kindly wishes the press room best of luck with their deadlines as the night goes on - thanks Renee! #Oscars

A standing ovation in the press room as the @ParasiteMovie team takes the stage! That’s a first for me in five years of covering the #Oscars.

“I feel like something will hit me and I’ll wake up from this dream - this is really fucking crazy!” -Bong Joon Ho on how his life has changed since PARASITE premiered. #Oscars

Bong says it was a huge honor to be nominated alongside one of his heroes, Martin Scorsese - and expresses his frustration at Scorsese’s Best Director snubs over the years! #Oscars

PARASITE is not only the first foreign language film to win Best Picture, but the first South Korean film was ever nominated for ANY #Oscars!

Bong recommends THE HOUSEMAID, the films of Edward Yang, and more as influences on his work. #Oscars

Bong tells the press room he was THRILLED to see @thumbelulu’s THE FAREWELL win at the #SpiritAwards yesterday! #Oscars

What’s next for Bong? “I have to go back to work. I’m working on two projects, one in English and one in Korean, and awards don’t change that.” #Oscars

Bong tells us he cannot wait to read translator Sharon Choi’s script - what a perfect note to end the night on! #Oscars

And that makes it a wrap on the 2020 #Oscars! It was my absolute pleasure to join you once again on such a historic night for PARASITE and international cinema - cheers to all nominees and winners, this was such fun. @thathagengrrl out!