NEW: Turkey's state-run Halkbank intended to plead not guilty to a record-breaking money laundering scheme at a March 3 arraignment.

Their legal team now wants to postpone until March 31, in order to obtain a document the judge requested. 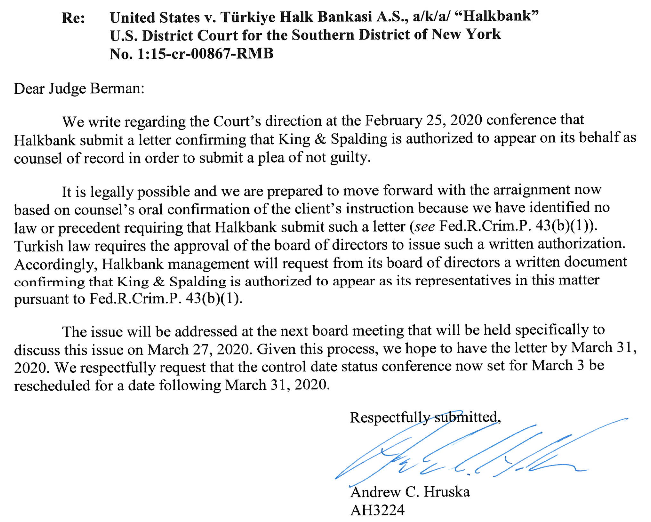 To unpack that a bit:

Halkbank refused to appear in court for months after their October indictment and then only agreed to arraignment after facing potentially enormous contempt sanctions and losing an appeal.

Noting the history of the case, U.S. District Judge Berman ordered the bank to confirm in writing it authorized the law firm to proceed with arraignment.

Halkbank's attorneys say that Turkish law requires the state-run bank's board to issue such a letter.

Their next meeting is at the end of March.

The upshot: More traffic potentially ahead in long-delayed prosecution of Turkey's state-run Halkbank.

Meanwhile, Senator Ron Wyden is looking into what role the Trump administration has had in the case's delays.

Halkbank has now put in writing that it intends to plea not guilty... whenever this prosecution gets lift-off.