Many are calling for a rate cut on the #Fed, but there's very little central banks can do at this point.

A thread on, why #centralbanks will be unable to stop any repercussions from the #CoronavirusOutbreak .

We naturally start with the balance sheets. 👇1/12 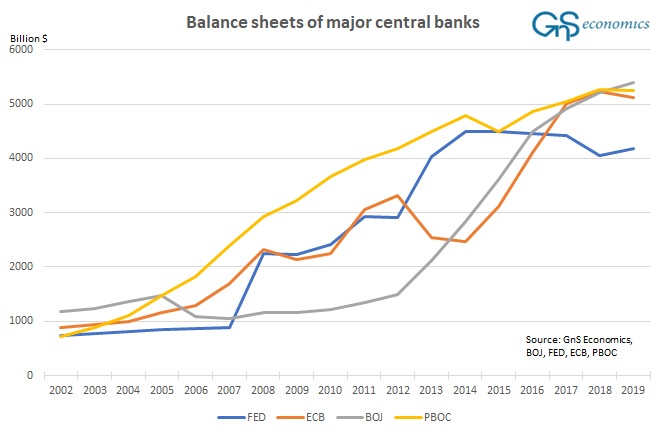 Which are just massive.

The very role of any easing (quantitative or normal) is to push interest rates down.

In addition, it was the purpose of QE -programs to also create a "wealth effect", by increasing the values of financial assets and making people feel "rich". 2/

Even today, the effects are not understood by all, but they depend heavily on the ability of the programs to push down (converge) the yields of bonds in different classes. 👇 2/ 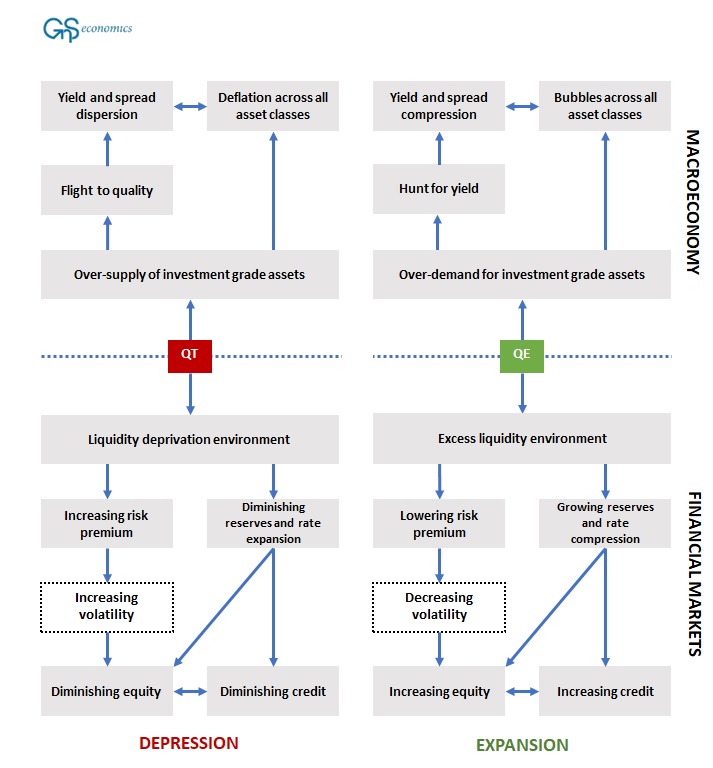 With yields across the globe at record lows, where's the beef?

Well, there isn't any, with the exception of providing artificial CB liquidity, which is mostly useless against recession/virus scare of investors.

What most do not get on CB liquidity is that... 3/

... it exacerbates the bull market by providing abundance of cheap (CB-issued) credit and a 'persistent buyer' (the CB).

QE:s push investors to riskier assets and speculation by providing credit from the central bank.

But, this only works, when the investor sentiment... 4/

When the fear grips the investors, there's no other way for the #stockmarkets than down.

While the stock purchases, through e.g. ETFs, could keep the markets from tanking completely, they do not really resuscitate anything, and they will also be ineffective against investor stampede.

So, what is left for the central banks? 6/

In history, they have led to two possible outcomes:

1) Prolonged stagnation, aka Japanification.
2) Artificially propped economy that will implode after few years creating a serious societal backlash (like the birth of Nazis). 7/

Neither of these options is preferable, to say the least, and the first one is not an option world-wide.

"When Japan instituted its bailout and monetary experiments.... Global growth provided crucial support to the Japanese economy through exports." 8/
https://gnseconomics.com/en_US/2019/03/18/the-world-economy-the-way-of-japan/ …

There are also serious legal and technical hurdles.

For example. Articles of the TFEU deny all financing of governments from the #ECB and there's no way to deliver "helicopter drops" to all EZ citizens (except with actual helicopters).

...not try something desperate.

But, there's no amount of money or no such interest rate that would defy fear, quarantines, supply-chain disruptions and production shutdowns.

Central banks may be able, briefly, to return some trust to the financial markets by, e.g., 10/

... co-ordinated cuts, but for the economic repercussion of the #coronavirusoutbreak they cannot do a damn thing.

The repercussions will be massive and they will, most likely, push the world #economy first into a #recession and then to a collapse. 👇 11/
https://gnseconomics.com/en_US/2020/02/10/the-stages-of-the-collapse/ …

So, we're effectively in a slow-moving train wreck that is gaining speed at a frightening pace.