To anyone familiar with her outstanding work, @NatashaBertrand’s success as a print reporter—that she ably parlayed as a regular broadcast contributor—has to do with her being a scoop machine on a wide range of topics, not any one document she reported on, responsibly.

Not that she needs defending—and without linking to the piece—this passage criticizes her for accurately reporting that intel experts expressed concerns that an IG report disclosed too much about source.

The next graf quotes a top expert in government secrecy saying she’s right. 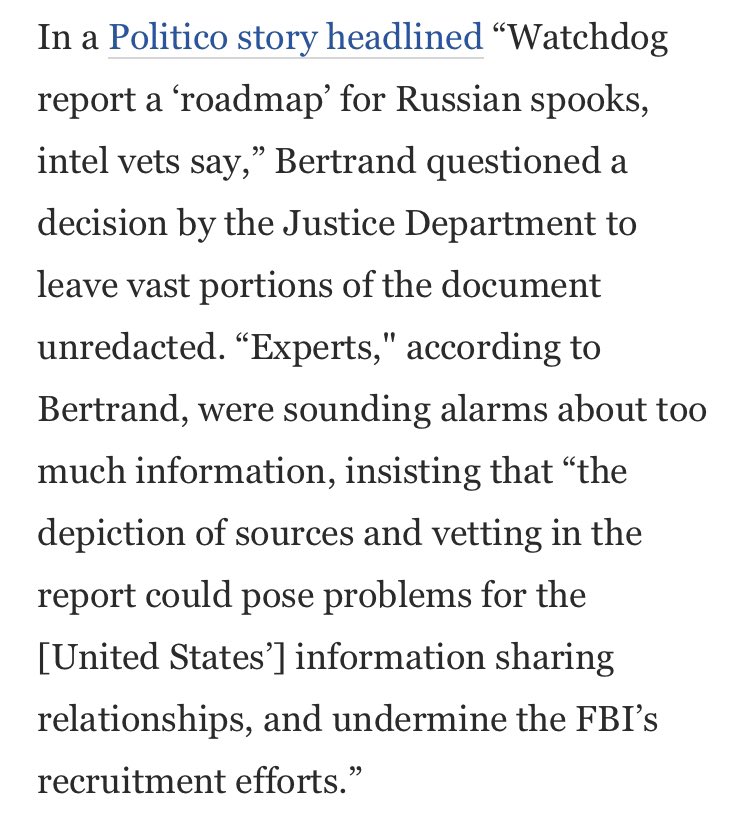 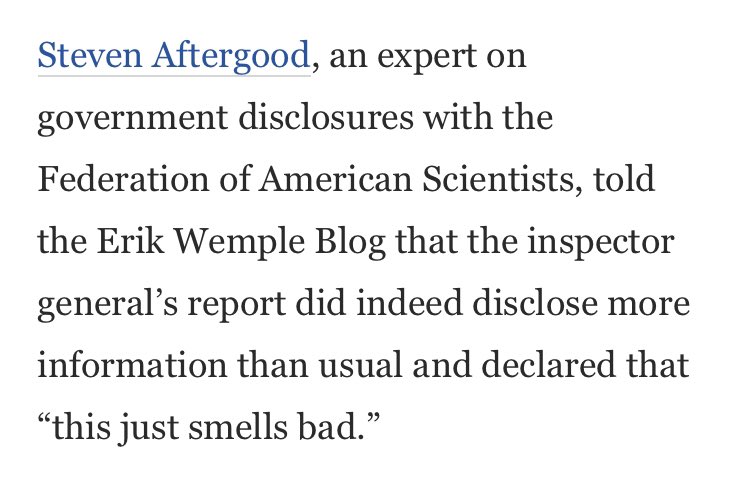 If a journalist needed one credible source on government secrecy and transparency, the go-to for most who have covered natsec would be Steven Aftergood, who validated her reporting.

That just about says it all.

To cite just one of the unrelated scoops that I referred to at the top of the thread, because compiling an exhaustive list would be daunting, onerous, and take up a sunny New York weekend and beyond.