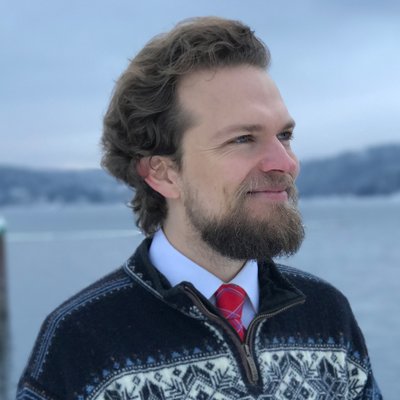 Craig Mason+ Your Authors @OldCraig I make videos about what I believe are useful topics. Meant to be beneficial for everyday life. Not financial advice or advice in general. 🍿🇺🇸🐸 u/1671 Mar. 03, 2020 2 min read + Your Authors

THREAD: WTF is going on with Donald Trump & The Federal Reserve?

To understand what's happening here, first we must consider The Plan and how it works.

Like every other corrupt gov agency, Trump/Patriots did not go in and immediately dismantle it.

God Bless Ron Paul, but Ending The Fed would've been disastrous. Q alludes to this fact in the 1st post he made re: the fed.

The Fed provides needed banking structure and (as we can see) has massive power to influence the economy.

Instead, just like every other agency, Trump installed Patriots in the Fed.

Why does Trump always seem at war with Powell though?

>You are watching a 'scripted' movie.

The Fed has massive power to control the economy, with control of rates, easing, and buying assets at will they can create the appearance of booms and busts as they please.

Under Trump, the Fed has put endless pumping into the market (where The People largely have their savings)

I believe this is why the market keeps going up endlessly even though it looks like it's in a massive bubble.

(None of this is financial advice.)

When there is some kind of shock to the system (like Corona), Trump can scream and moan at JP/The Fed and say how bad they are and DEMAND action - all while he knows exactly what they're going to do.

As an added benefit, he gets everyone to look at the Fed, see its immense power, and gets the DS cheerleaders to point out how Trump is using the Fed to manipulate the economy for his agenda!

But unlike [them], Trump is using it on behalf of the people!

This is terrible for [their] agenda, but puts them in a lose/lose! Let Trump keep the markets booming or call out the Fed as problematic!

But what about the long run? Isn't the Fed's power a huge liability for the next president? Doesn't it need to end?

Absolutely. Ron Paul was right about that. If you've looked into how the Fed operates, you know that it's a critical part of [their] control, and must end...

For that to happen, we need a new system so we don't have problems like this:

Here's what Judy Shelton (alluded to by Q as significant abvoe) has to say:

"Virtues of a Gold Standard"? "Stability"? "Rules based approach"? "a very cryptocurrency kind of way"?

What will the new system be?

Is it being built right now?