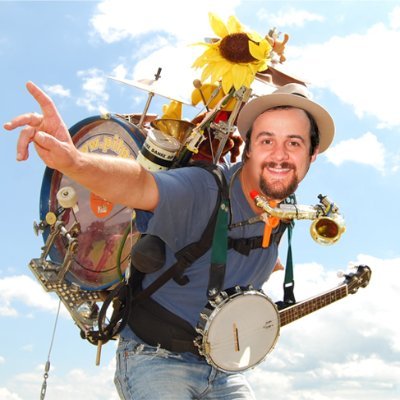 Many schools are trying to figure out if they should transition to online/distance learning during a shut down. I agree with the Washington State dept of education: most schools won't be able to switch to online; they should just close and pick up in June/Sept. Here's why... 1/x 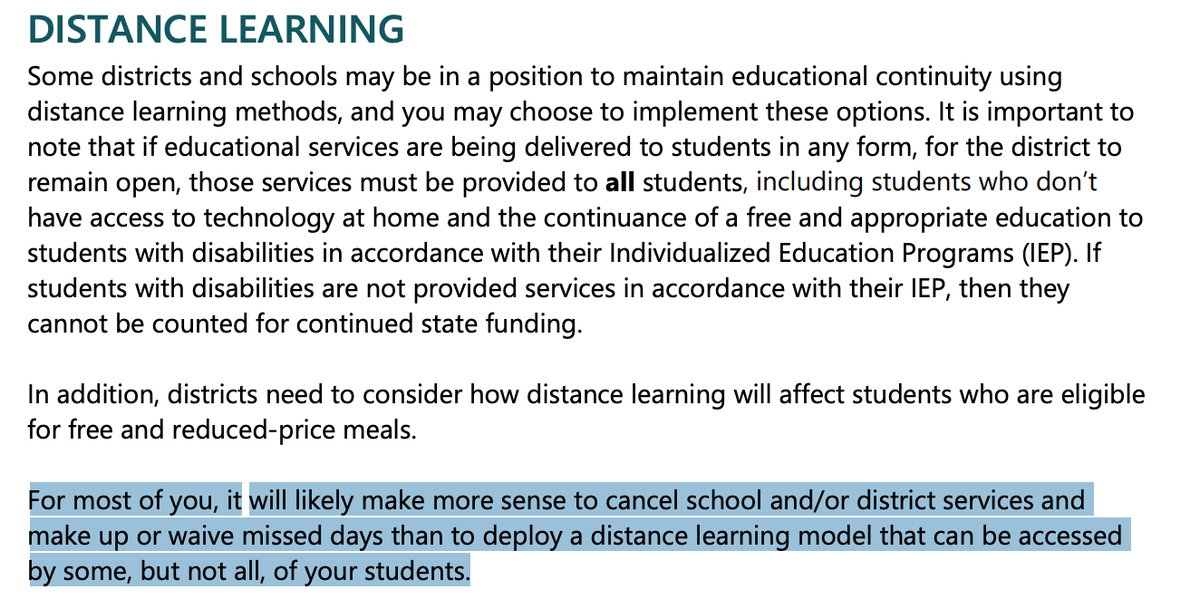 You may have heard of the "no significant differences" phenomenon: an argument developed in the 1980s that the medium of instruction (F2F, radio, film, computer, internet) doesn't matter, only the quality of instruction does. 3/ 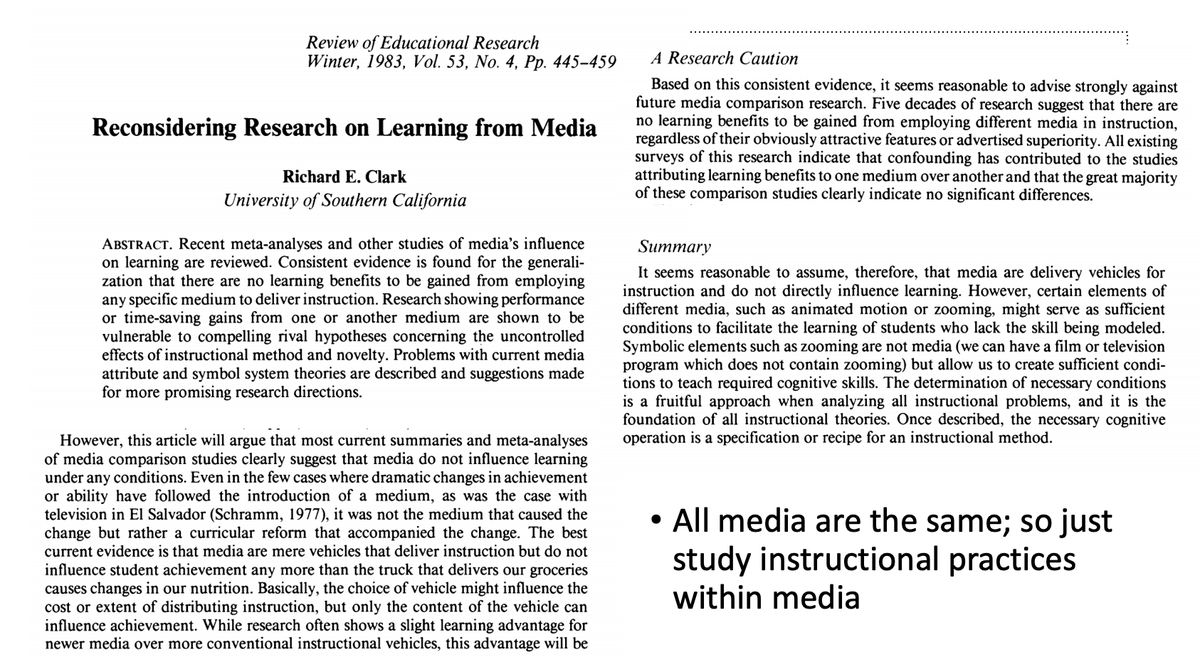 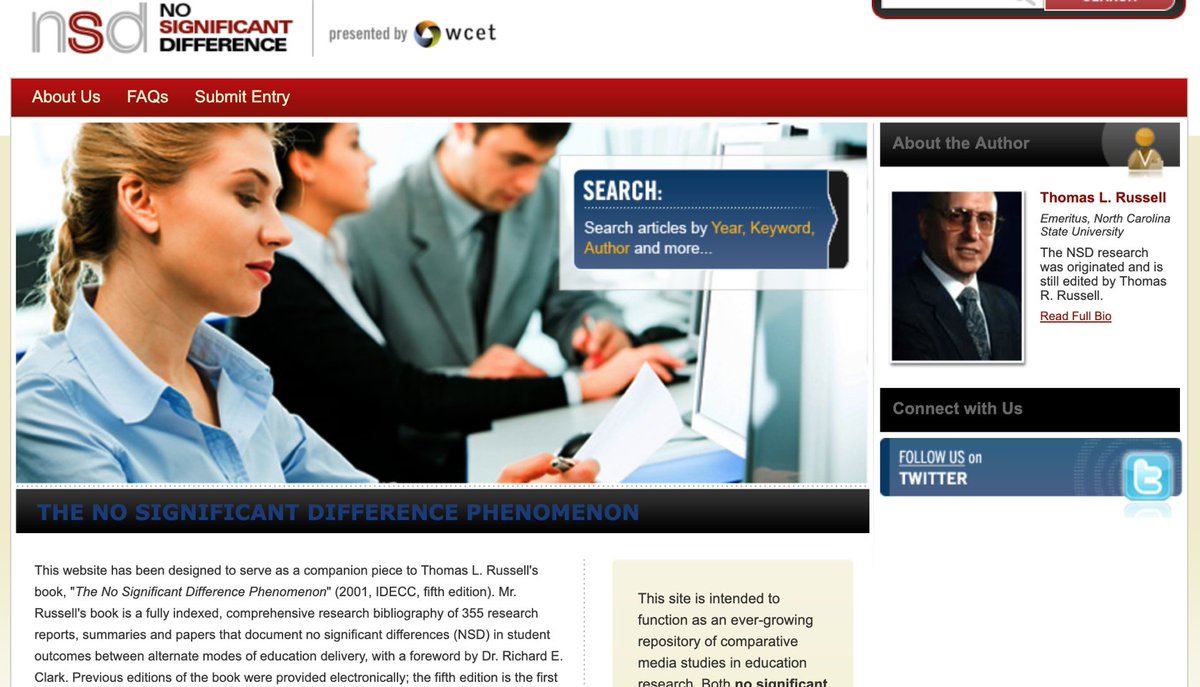 But this research was mostly from small scale, "hothouse" experiments.. and the best experimental research was often in medical schools. Pic below is from Means et al 2010. Look at the small Ns. "The no significant differences" argument pre-dates widespread online learning 4/ 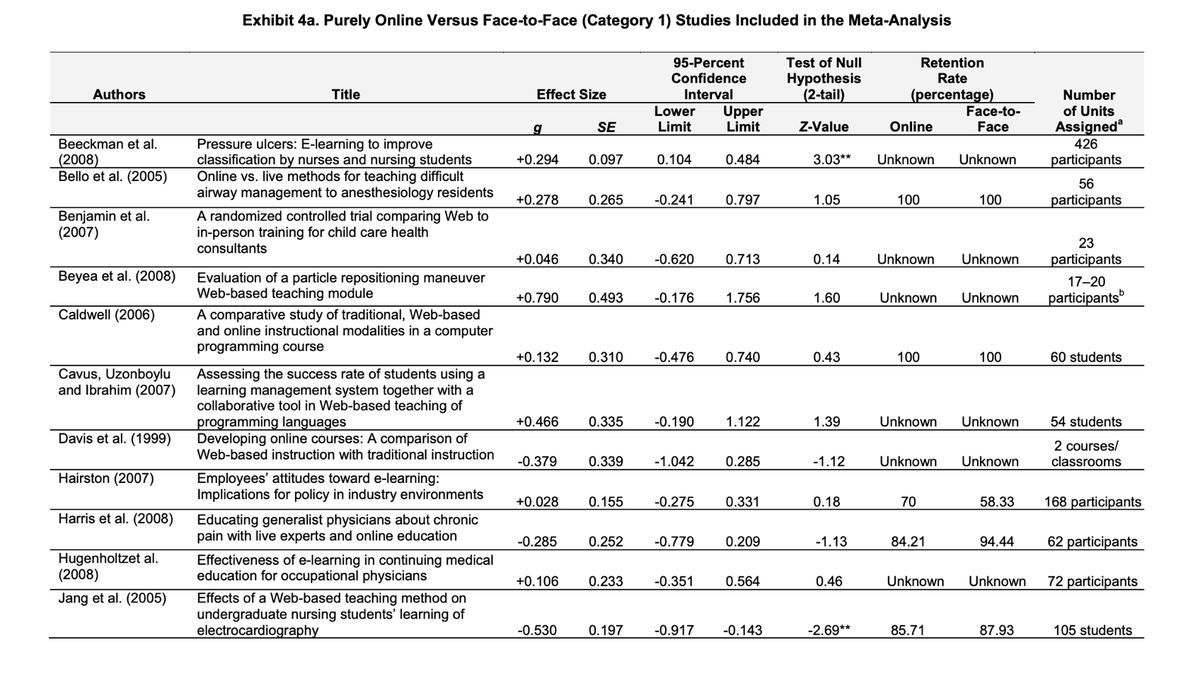 To be clear, this "no significant differences" (NSD) argument was that a student would learn as much from a computer or a filmstrip as from class, as long as the instruction is the same. NSD was a kind of shorthand for "good enough, and probably cheaper". 5/

But over the last 10 years we've deployed online learning at a massive scale in K-12 schools, colleges, MOOCs, etc.., and the emerging picture is much different than NSD. Many students do worse online than F2F; & the most vulnerable students are the most negatively affected. 6/

From Washington State community colleges: most students on average do worse in online courses vs. face to face, but younger students, Black and Latino students, and students with low prior GPA do even worse 7/ 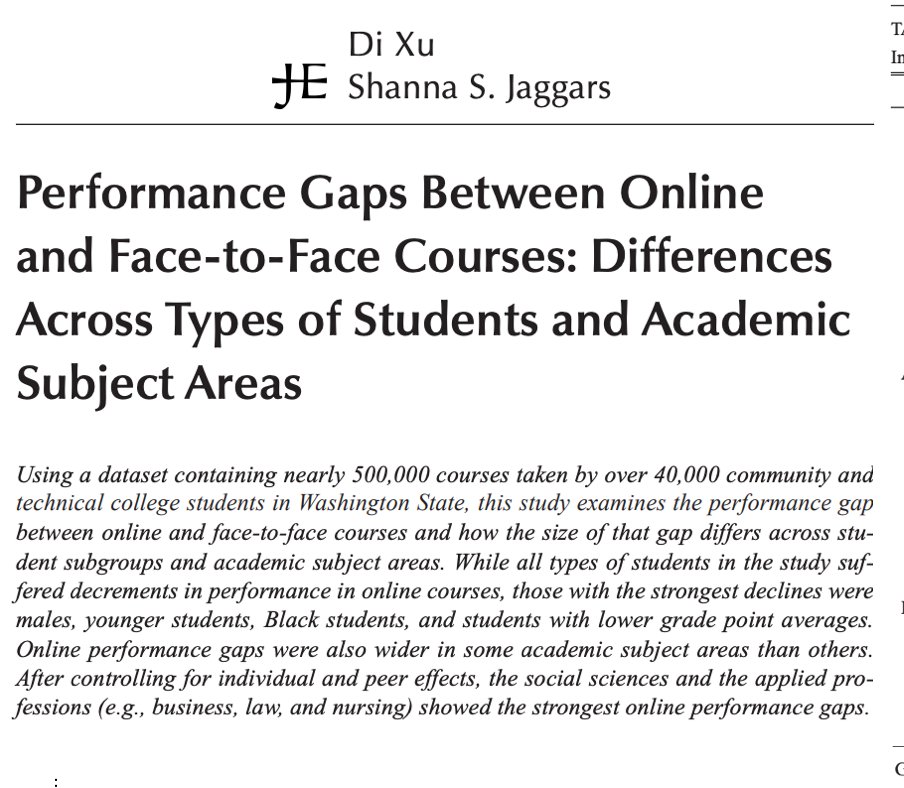 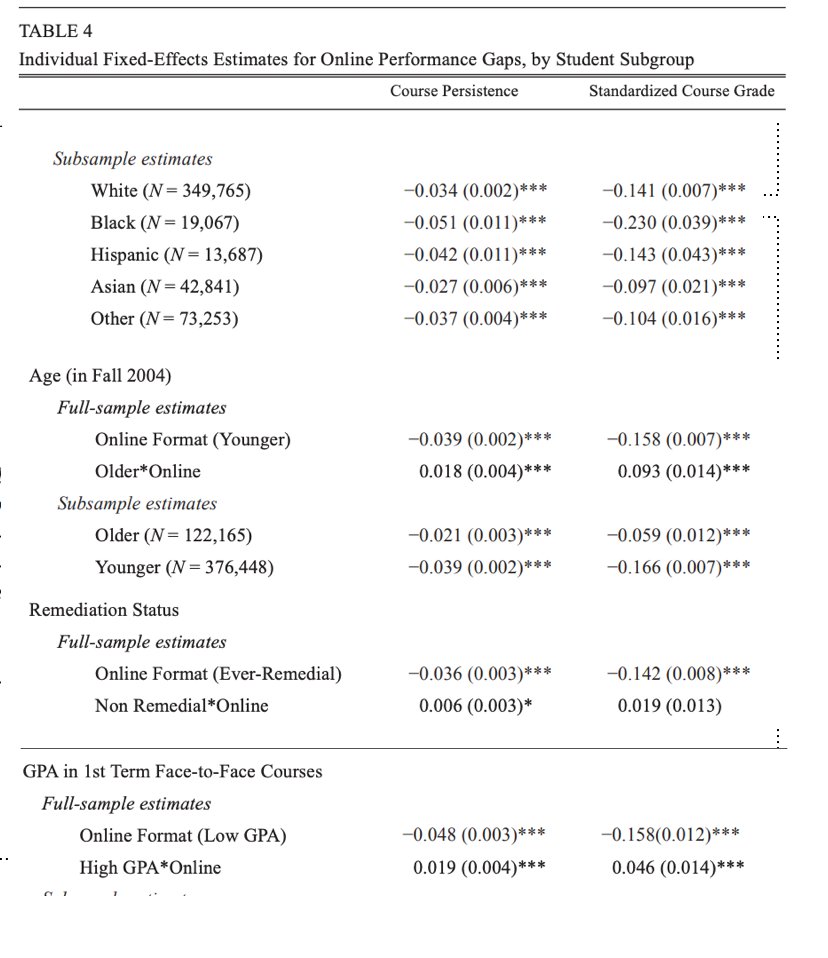 In for-profit colleges, low prior GPA is correlated with lower grades and higher dropouts. 8/ 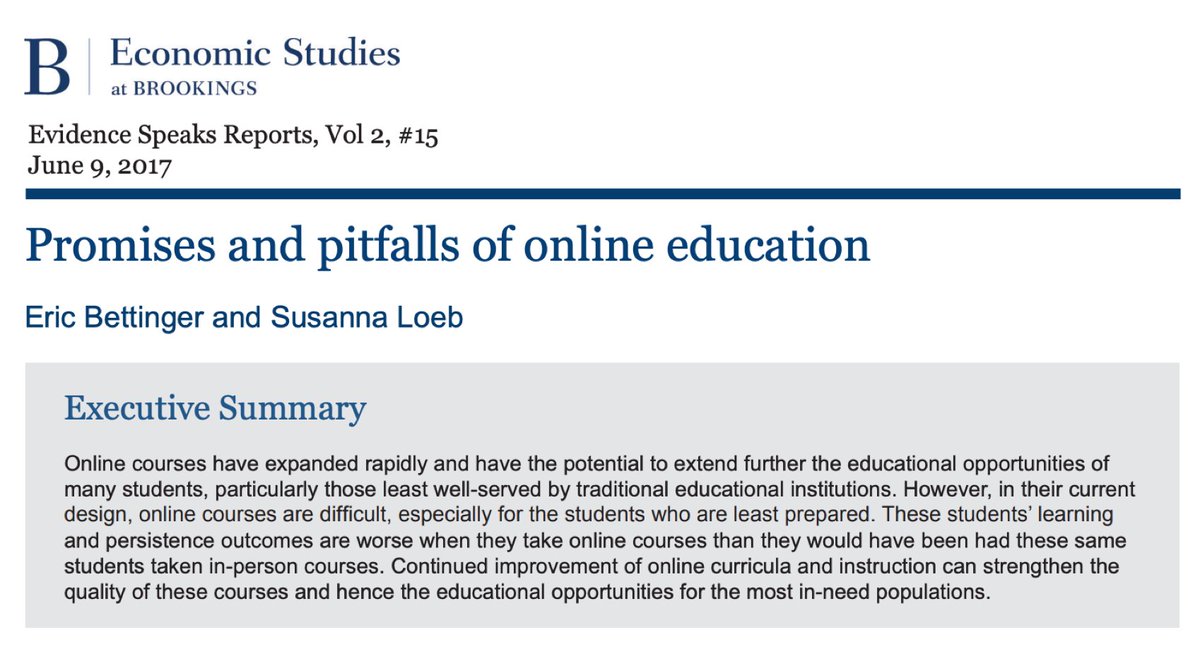 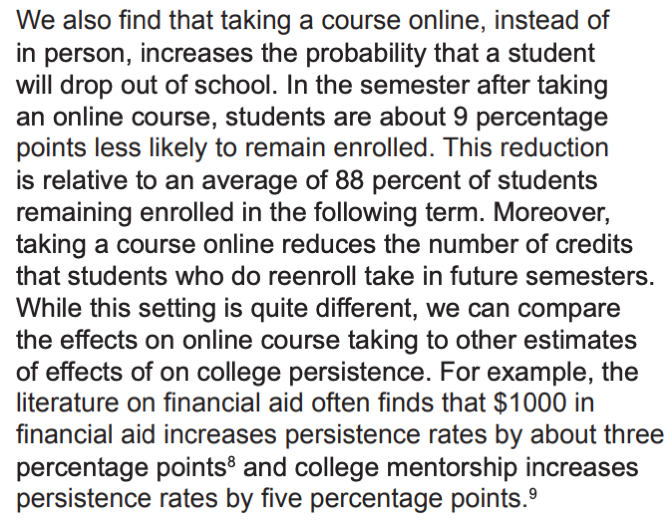 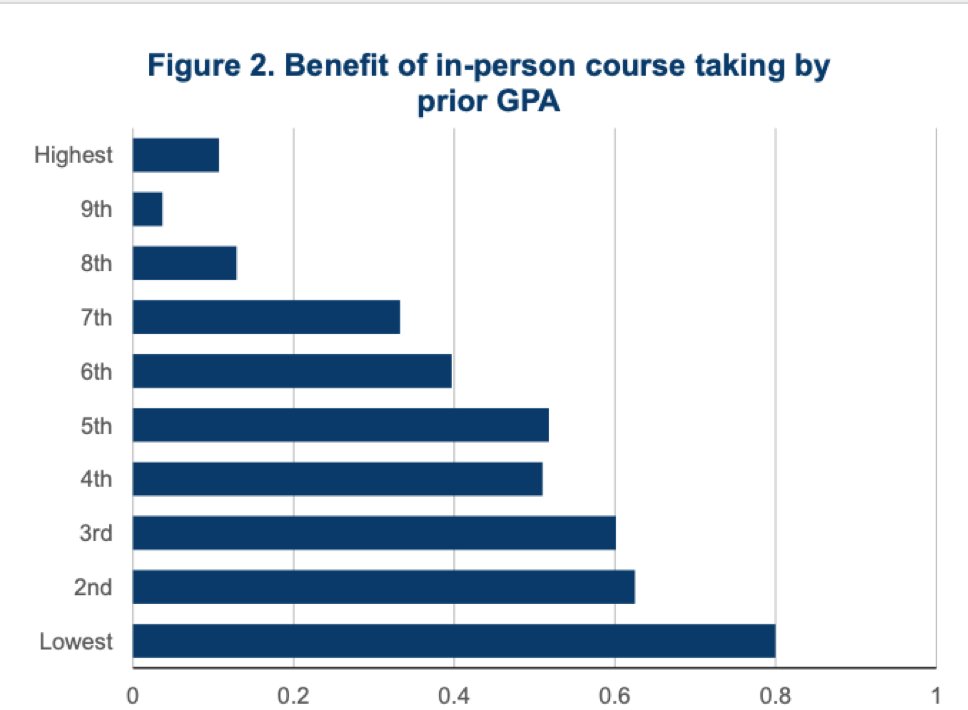 Ohio's virtual charter schools do worse on average for all students in all subjects that district and F2F charter schools, but they are particularly bad for students with low prior achievement. 9/ 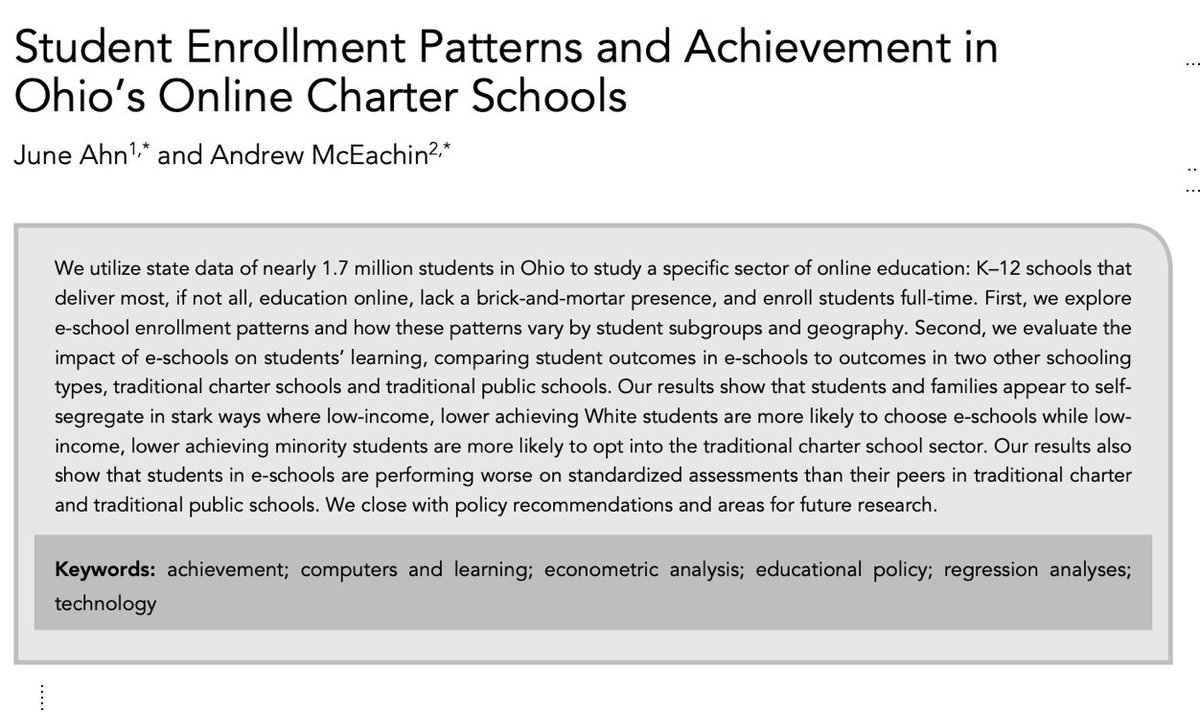 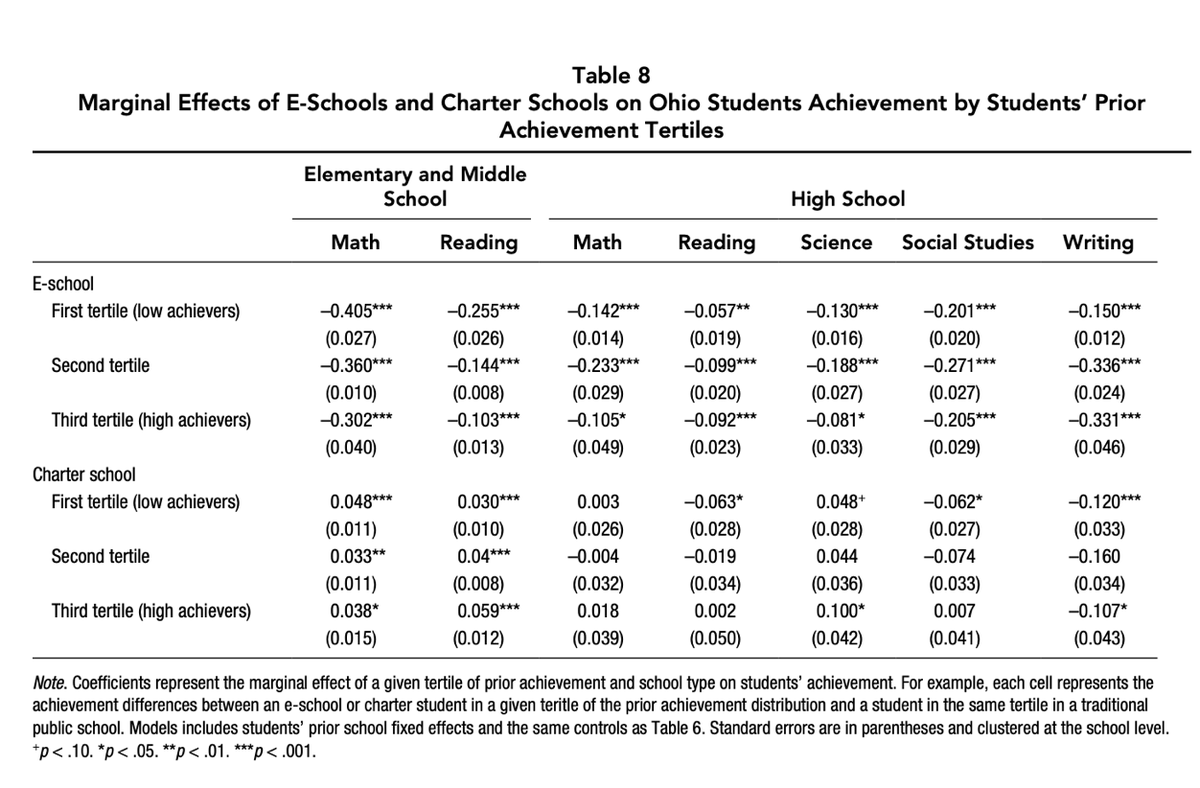 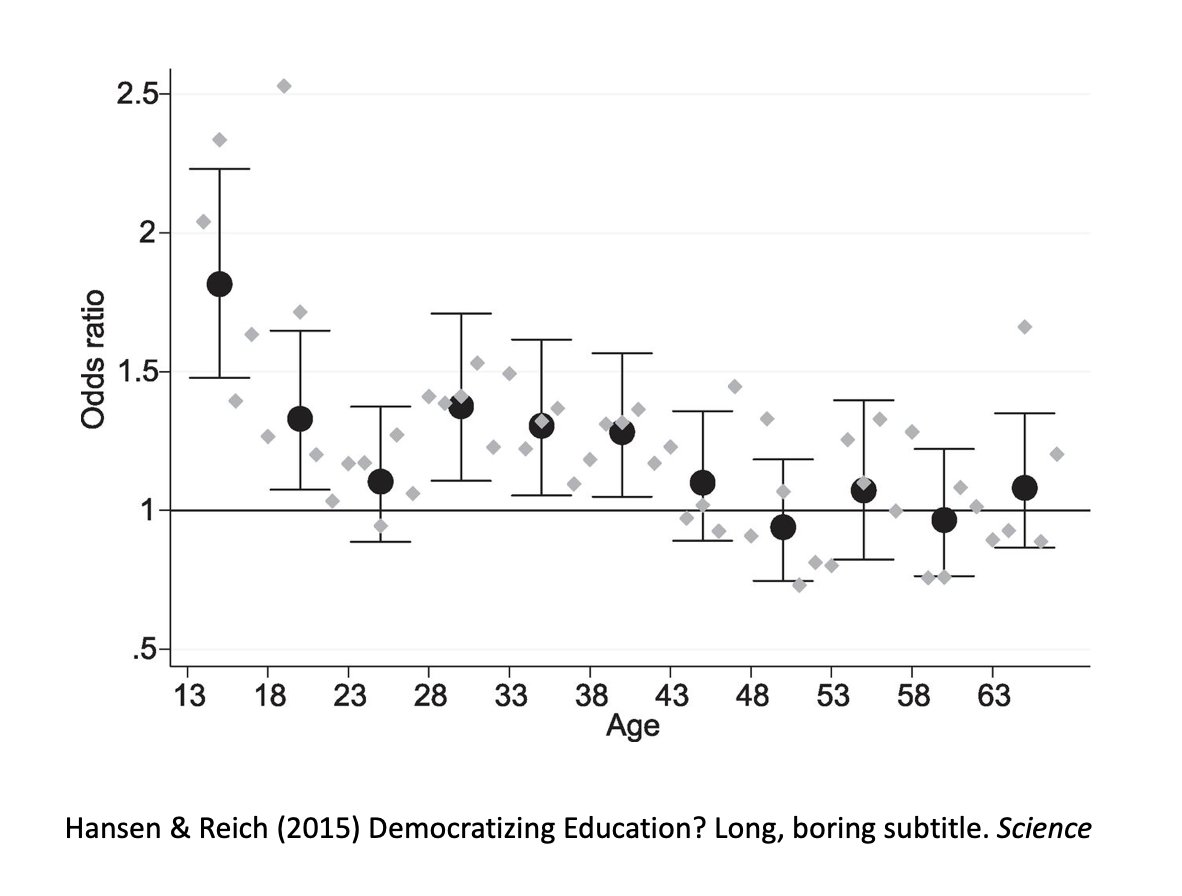 Now, kids who are good at school typically do fine in online learning. Advanced students in the Florida Virtual Schools who did an online class: fine. Students in Maine at middle schools without advanced algebra who took one online: fine. 11/

As Susan Dynarski @dynarski argued in the NY Times, there is good evidence that online course harm the students who need the most help. 12/ 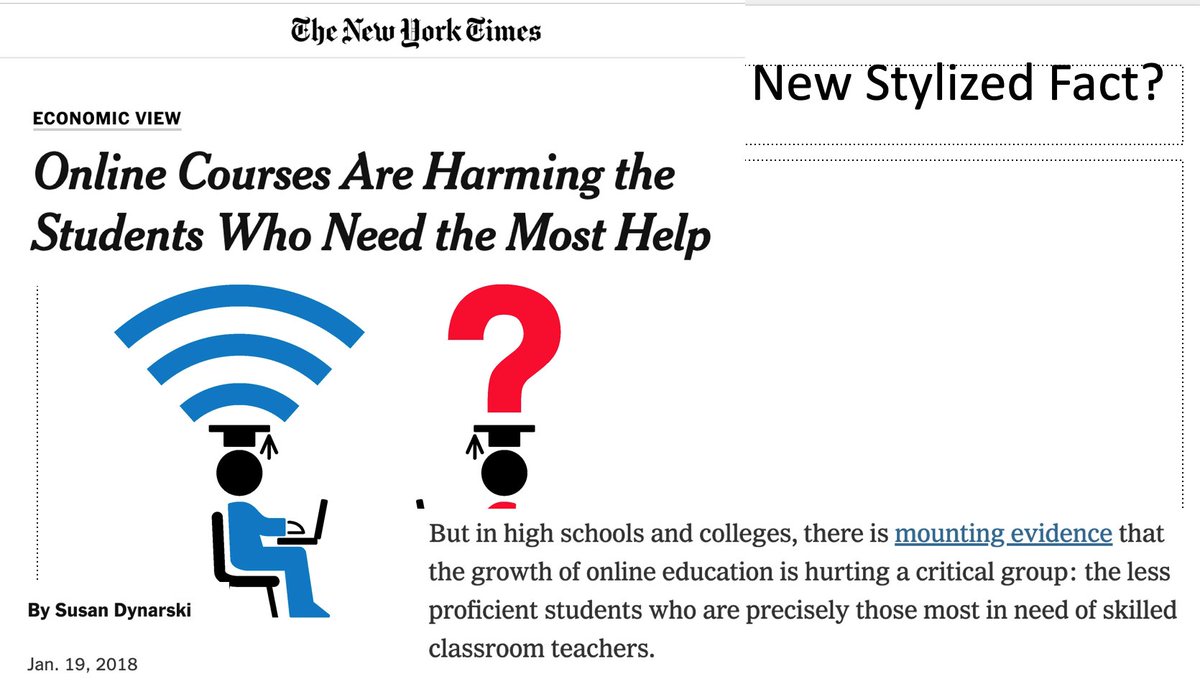 And that recent research comes from reasonably well-planned deployments of online learning experiences for students who sign up for them. I have every expectation that if schools at attempt rapid, unplanned transitions, things will be much worse for vulnerable students 13/

Some elite colleges are going online quickly & getting media attention, but most schools should not use them as a reference. The Harvard/Princeton admissions depts are designed to only admit kids who can teach themselves anything. Your school probably has to teach everybody. 14/

These are hard choices, and I won't second guess the folks in the trenches who have to make these hard decisions. But if your school does go online, the first question is not "what tech?". The first question needs to be "How do we support our most vulnerable students?" 15/

If you do go online, figure out how you will make ongoing, human connection with your most vulnerable students. The best online teachers I've met tell me that most of their time is spent tracking down students who need help, especially those who don't ask for it. 17/

There is a whole 'nother thread to be made about the fact that school for many places, is the place young people go to get healthy meals, safe spaces to spend the day, get laundry done, etc. Your local/regional safety net depends tremendously on public schools. 18/

tl;dr: Most schools should pick up days in June or Sept rather than try to go online. If you are a teacher and you have to go online, think about how you will allocate time to making daily/regular human connection with your most vulnerable students. 19/19

I'll add 1 more. There are lots of lists popping up of "best practices in online instruction" I haven't yet found one that starts with "Consider how you will identify struggling learners and personally connect with them." That should be the first thing on the list. OK, now 20/20