It’s time for an unusual auction and I’m ready with my roll of quarters. 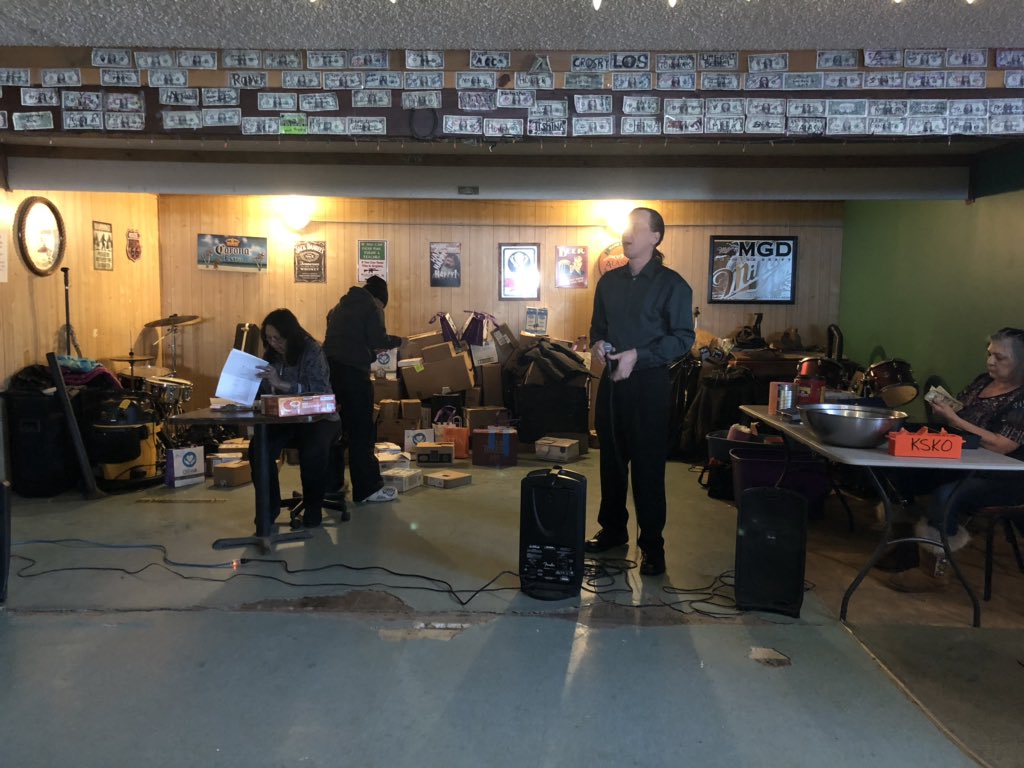 Each box has a mystery object in it, and only the auctioneer knows how much it’s worth. 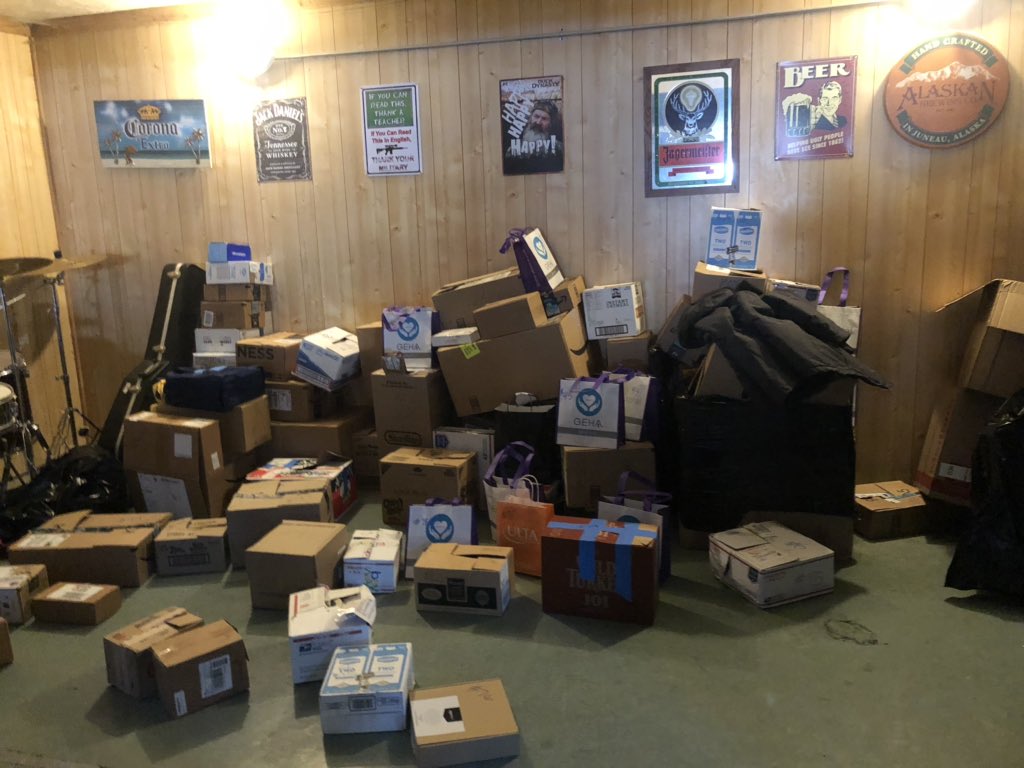 So they go around with bowls, keeping track of how much money has been thrown in. If you throw in money and you’re the first person to push the total pot over the value of the object, you win it. 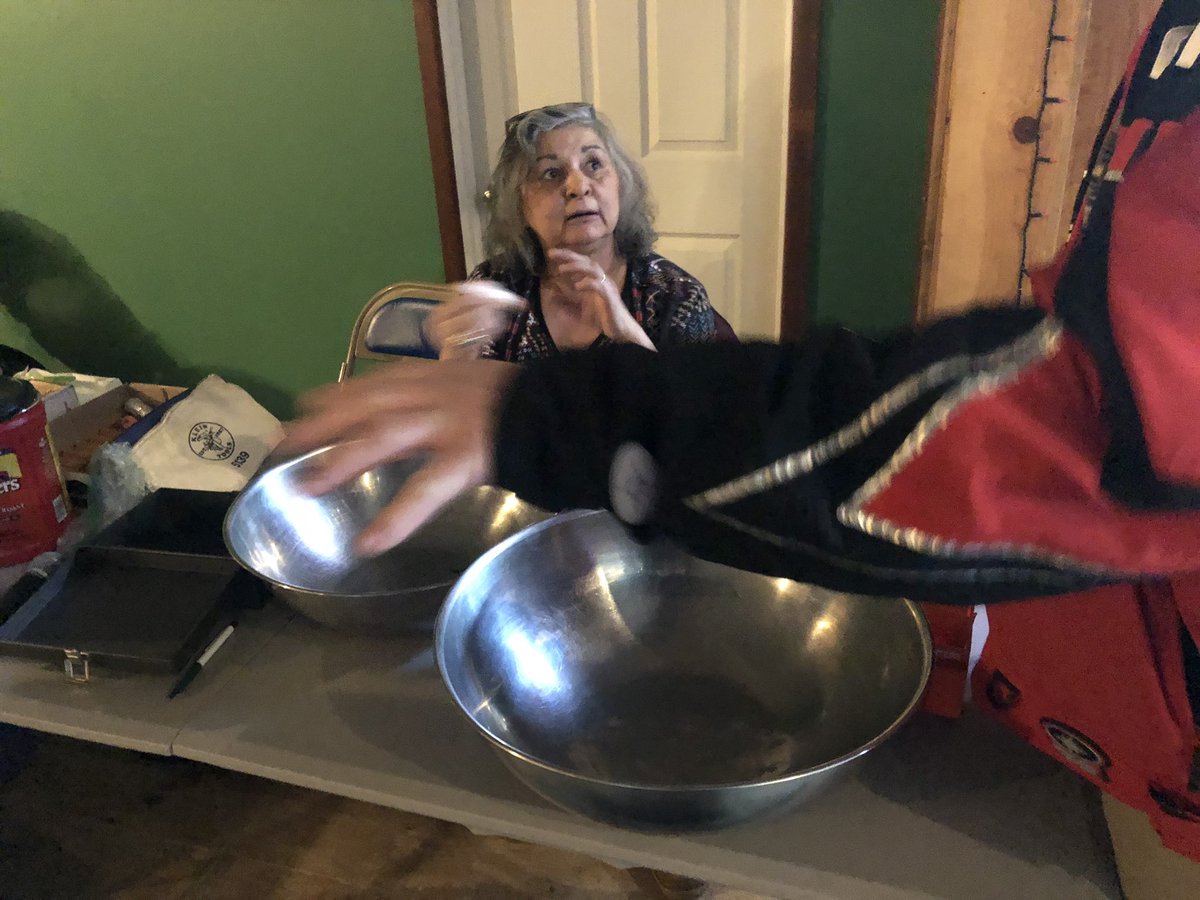 All money goes to the local radio station. 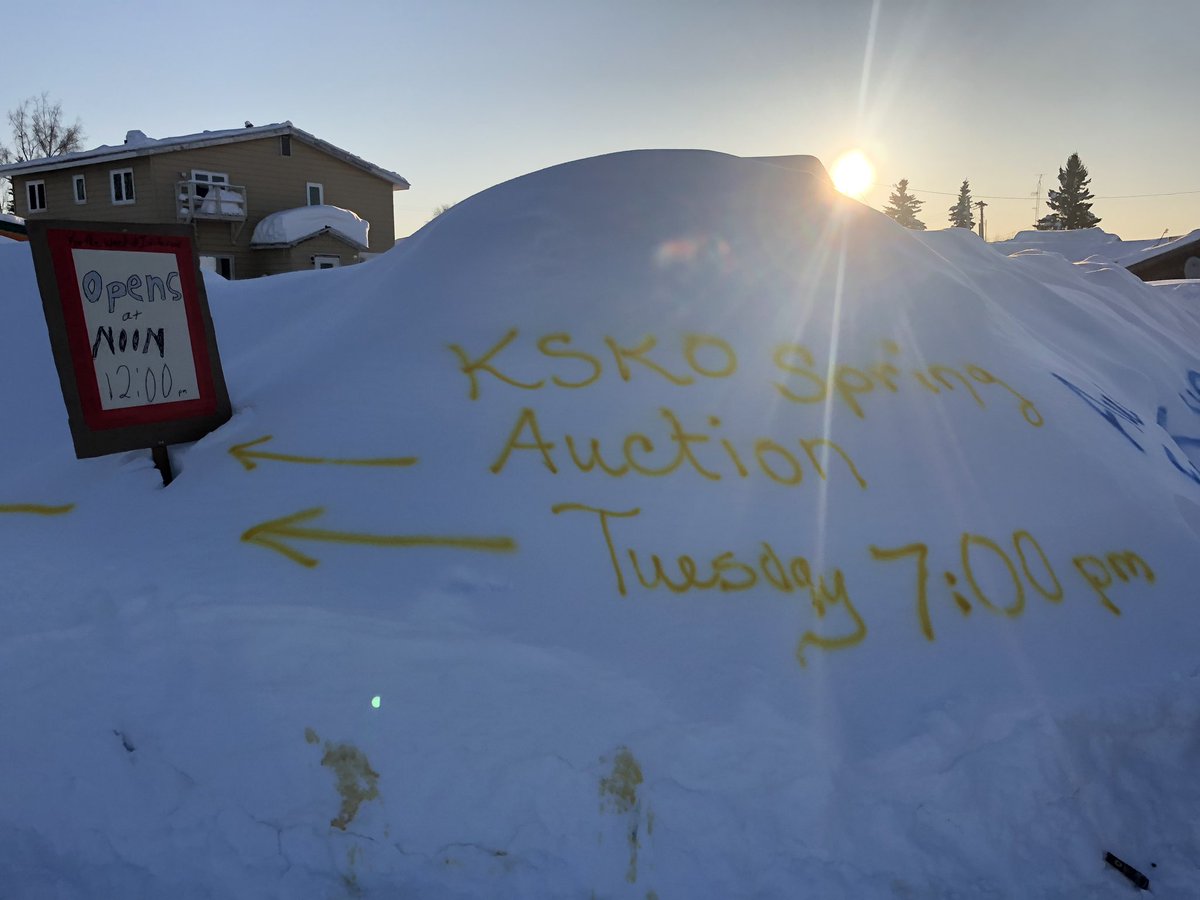 A woman on my flight here showed me a gorgeous fur hat that she’d sewn for the auction, but I don’t know which box it’s in. So it’s time to play! 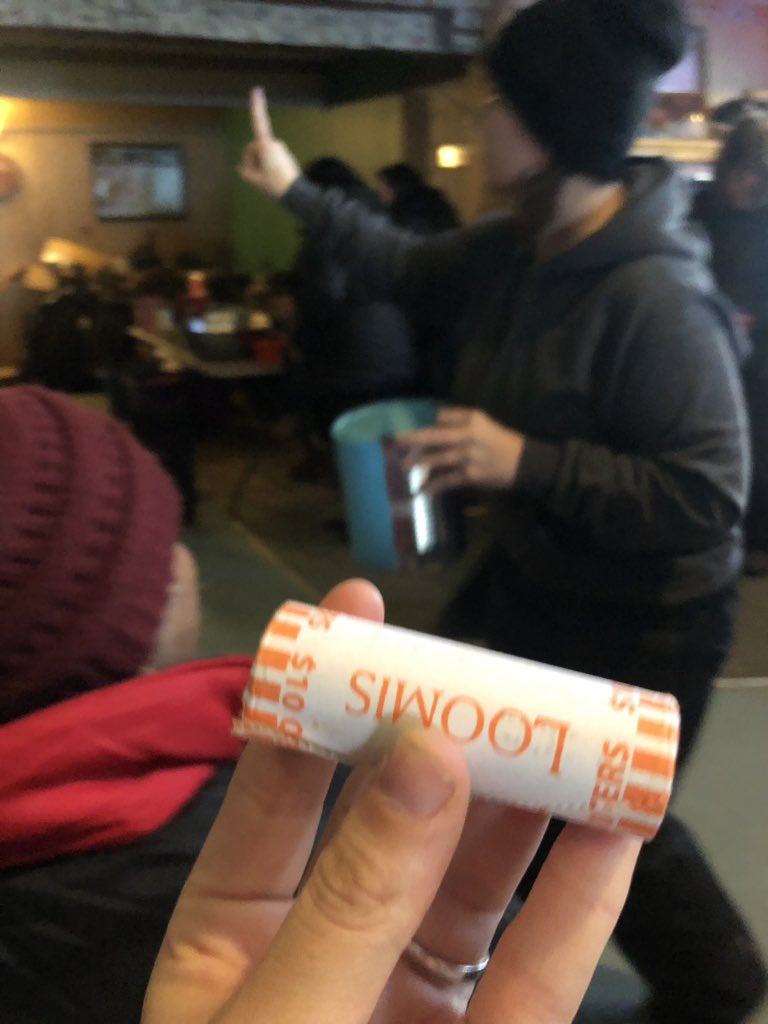 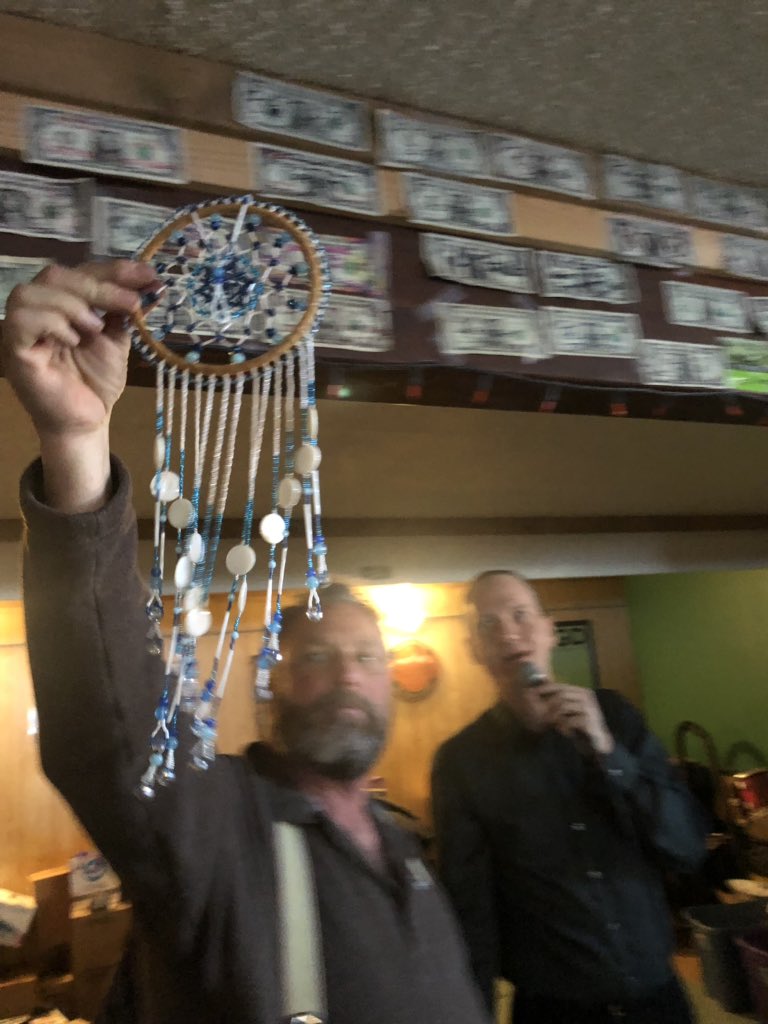 The room is full of the sound of plinks

This is super fun. I would livestream but that would be very rude to everyone else using the village WiFi, so you’ll have to imagine!

Items so far: a hoodie, a gift card to the grocery store, a flask, handmade earrings, a handmade scarf. Everything seems to be going for $5-$9.

The auctioneer is very good at mental math. People are calling out numbers from around the room (a dollar! a quarter!) and he’s barely batting an eye while he counts aloud.

The woman next to me won! This hand-beaded barrette came with cool socks and doggy treats. 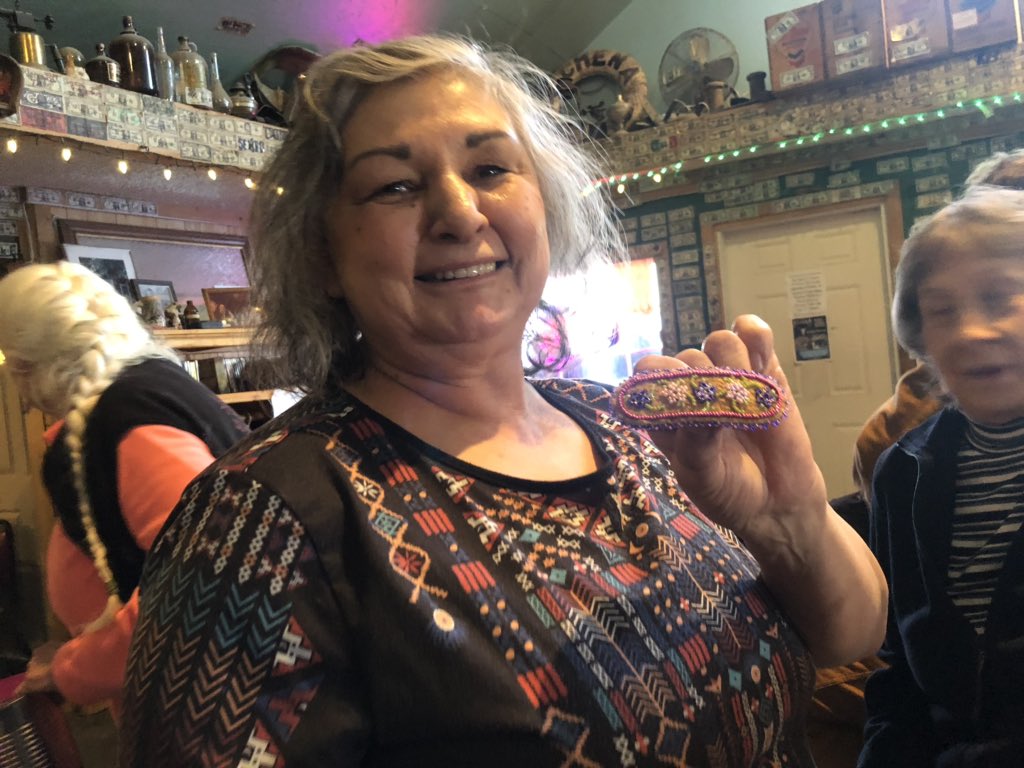 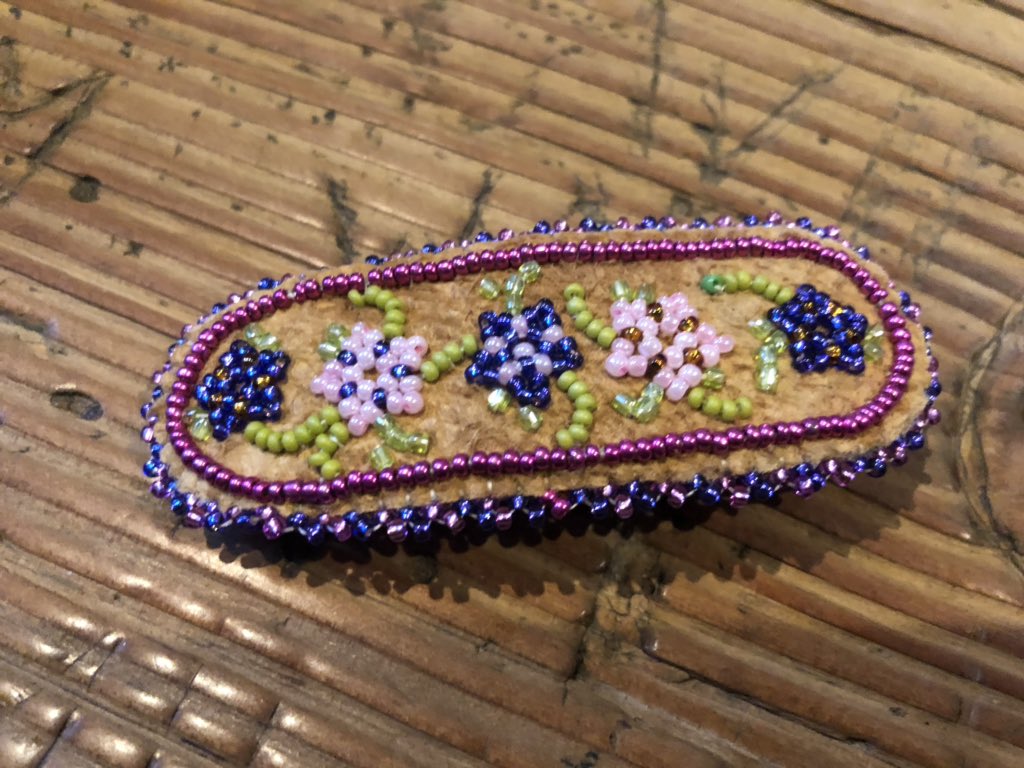 Current box up to $45 and counting TAKE ALL MY QUARTERS 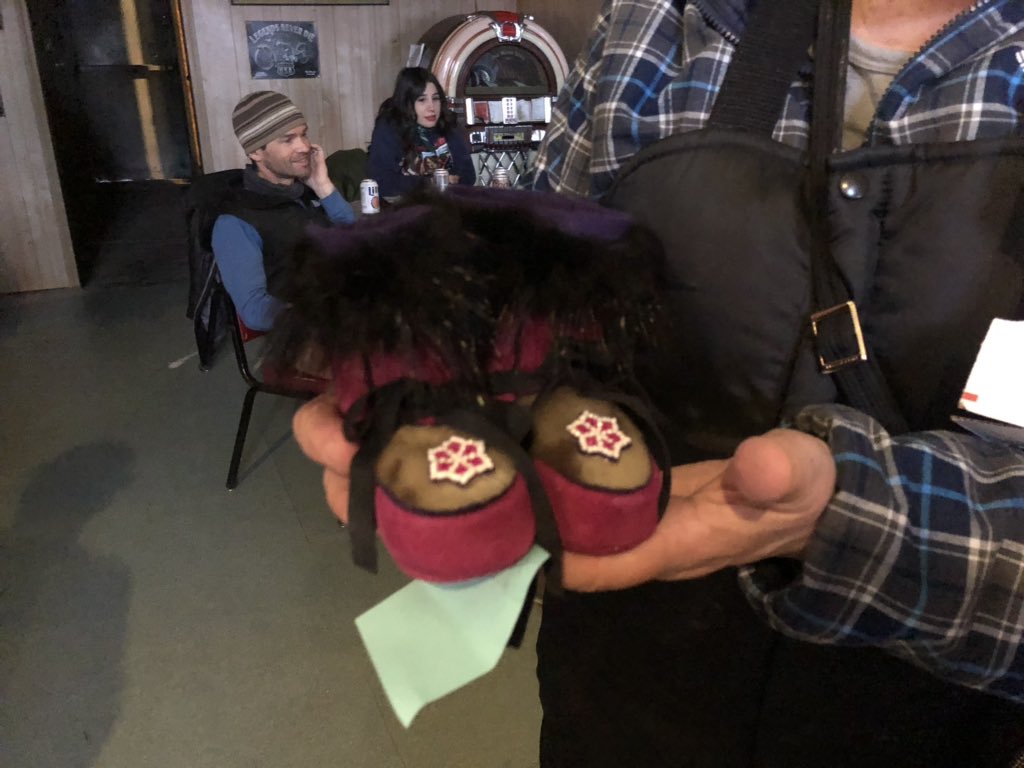 Okay, this has been lots of excitement, but it’s time for me to head over to the checkpoint for even MORE excitement. No WiFi over there so I’ll probably be offline for the night. Sweet dreams of huskies, y’all. ❤️ 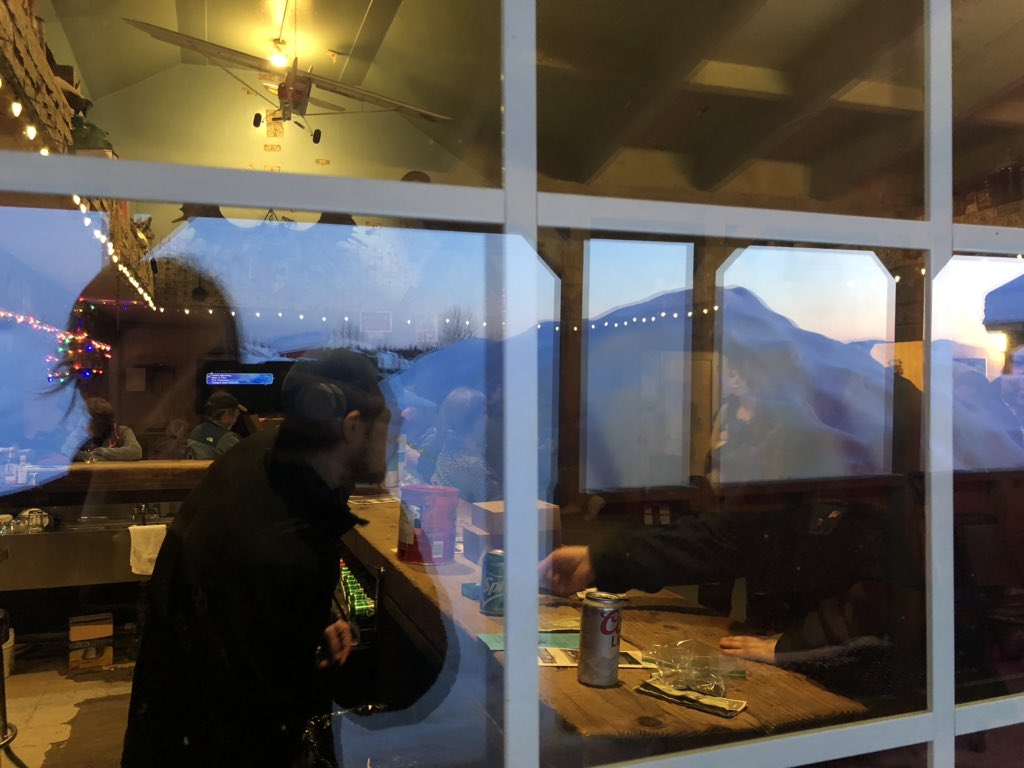