I want to tell you a little story from before I left Wisconsin.

As you may know, our dogs are staying with several generous dogsledding friends back home. For instance, here’s Zagat leading with @OtterRunKennel’s puppy team while we’re away. 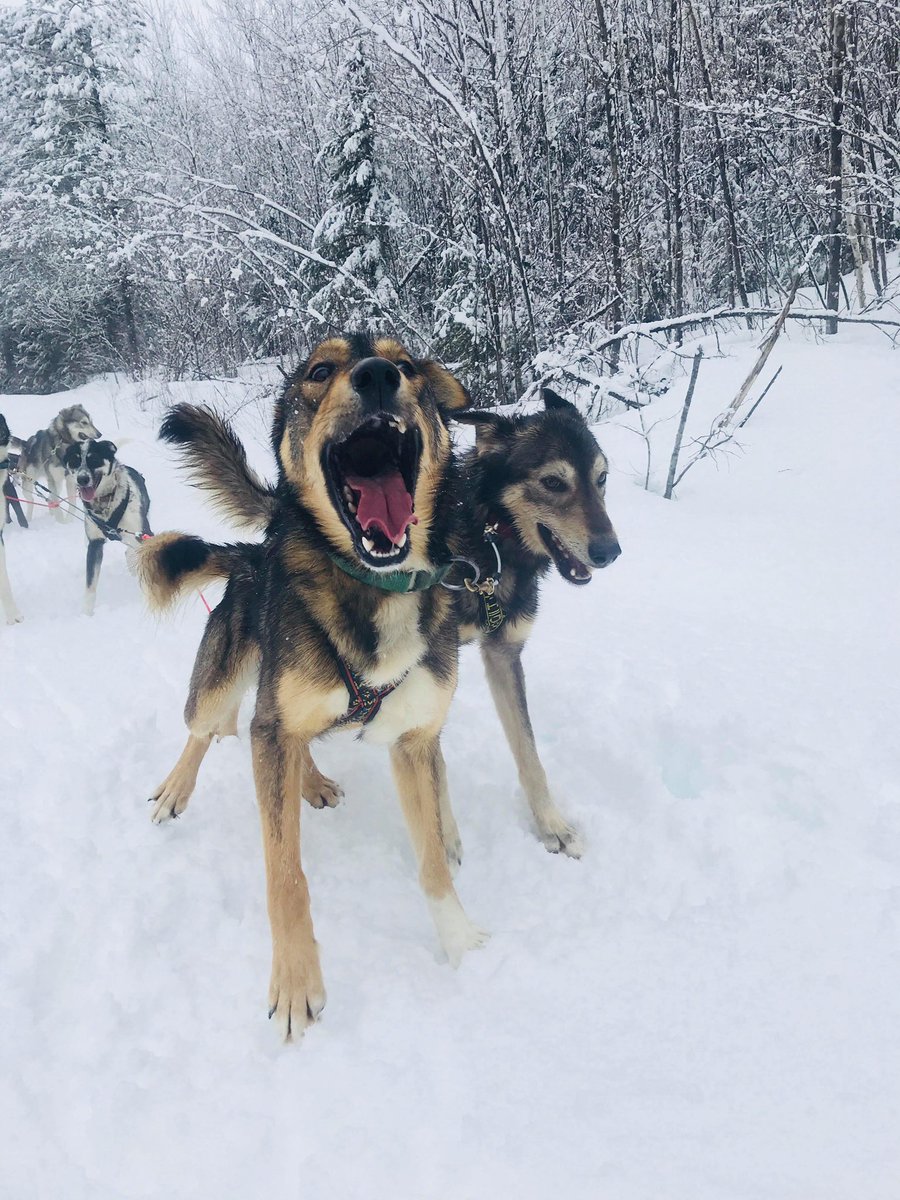 And here’s Pepé at Chilly Dogs in Minnesota.

We tried to figure out what would make the most sense for each dog (and—of course—household). And so when I drove to a friend’s place in Michigan with 11 dogs, I still wasn’t sure how many would stay there.

Specifically, I thought maybe I’d bring Hari back home with me. 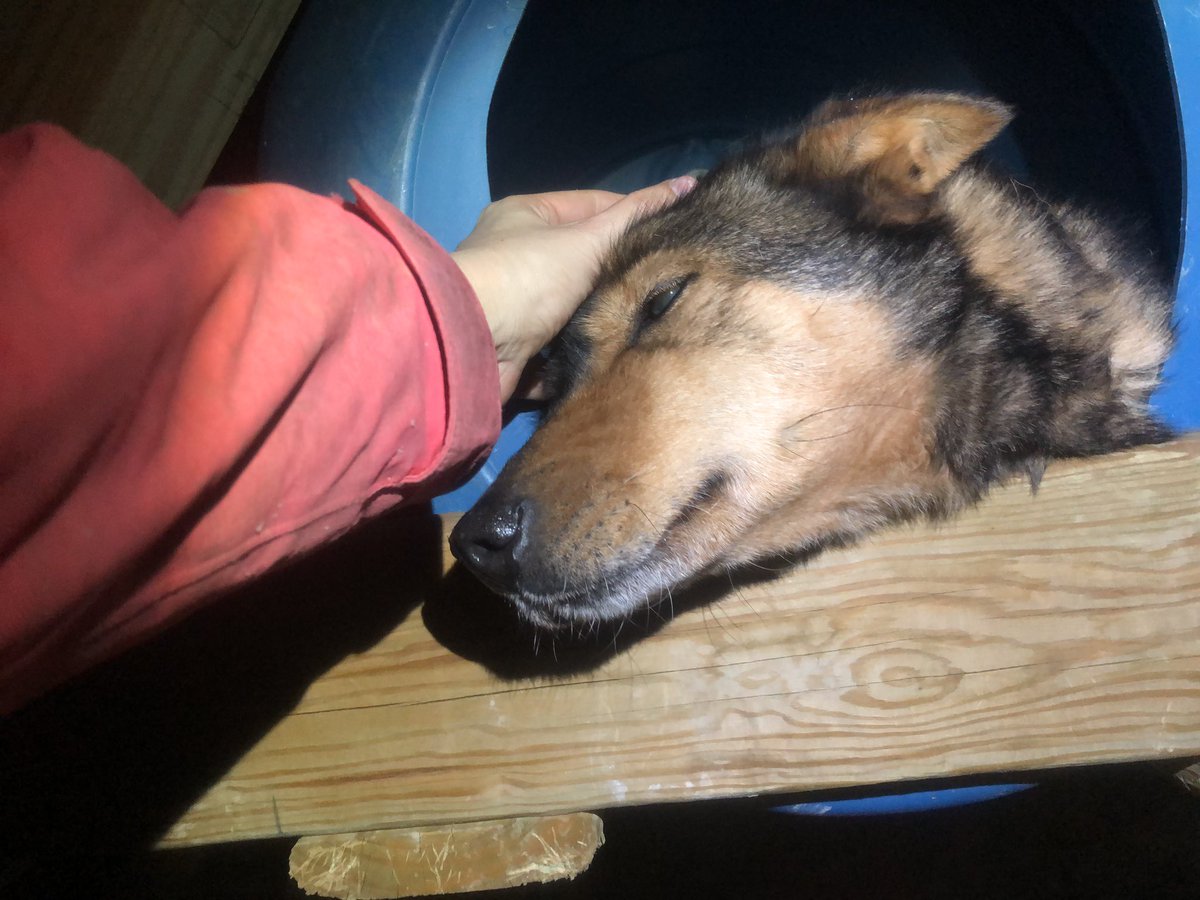 Hari and his sister, Refried, are retired, but they’ve been together since they were born, and I always try to keep them together. 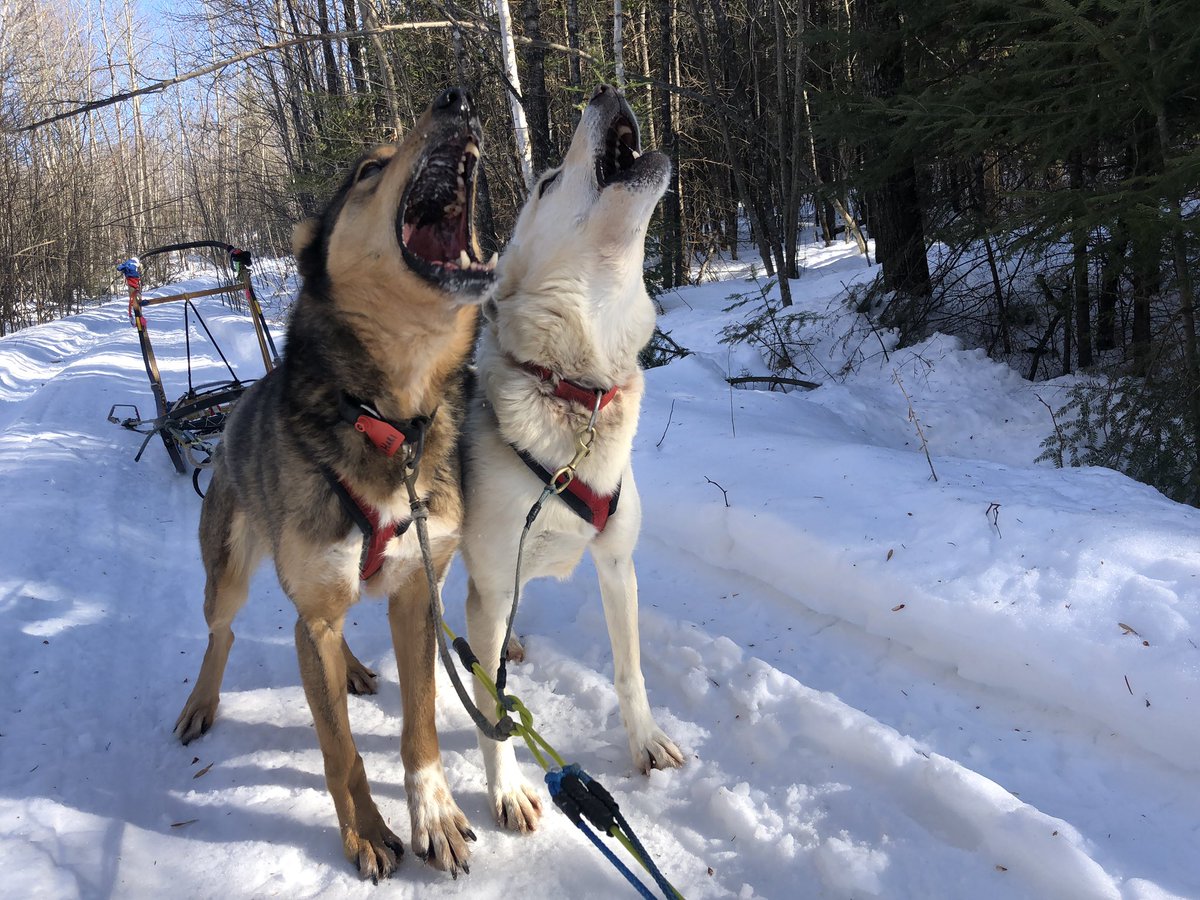 But I’d started to worry that maybe that’s my own sentimentality that I’m projecting onto them. Is it possible that I’M the one who cares most about them being together? Me and my human emotions?

Refried always ran with her brother, singing and guiding him, because he’s blind and he can’t see the trail. But now that they’ve retired and live in the garden together, they mostly do their own things, adjacently. They are the chill elders of the whole team. 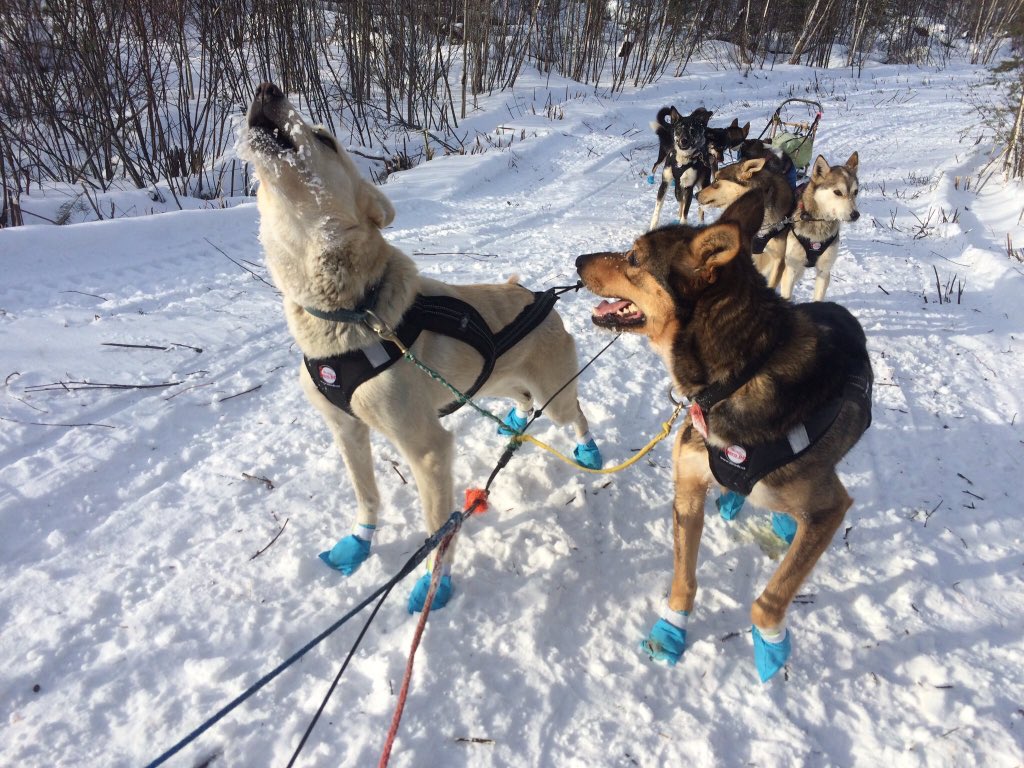 They have playtime with the youths. 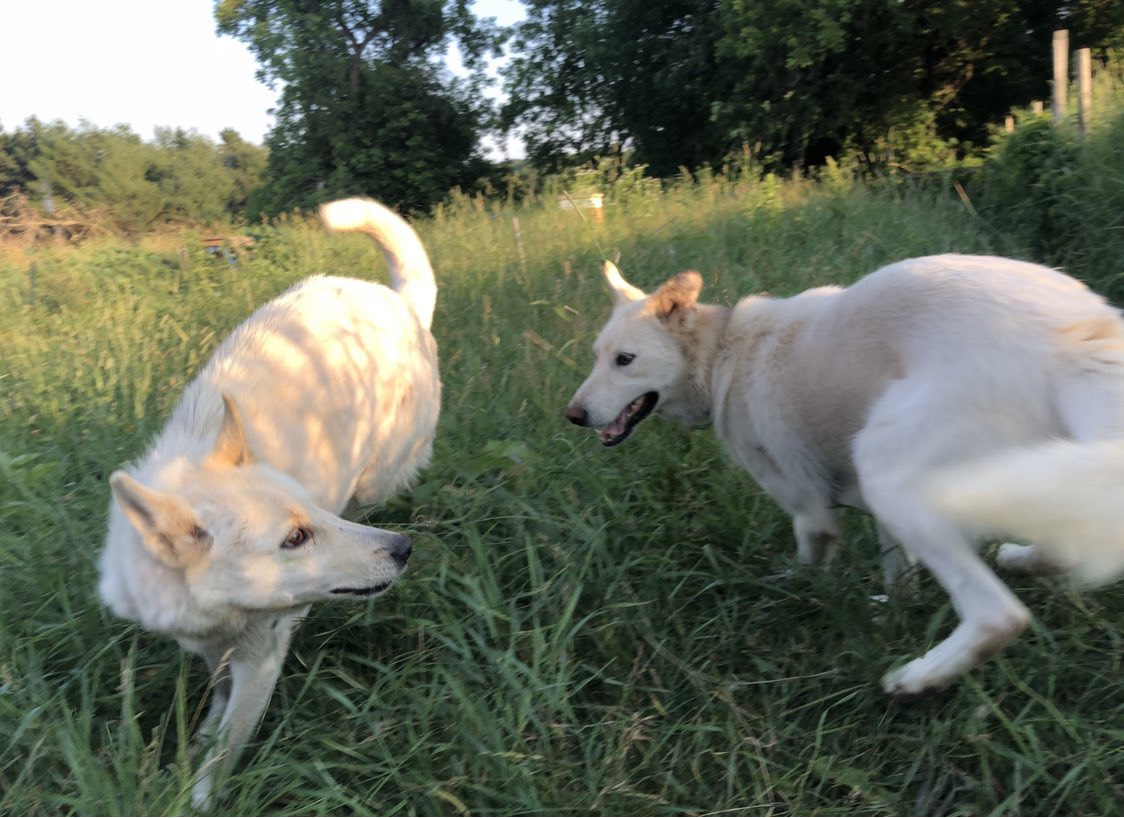 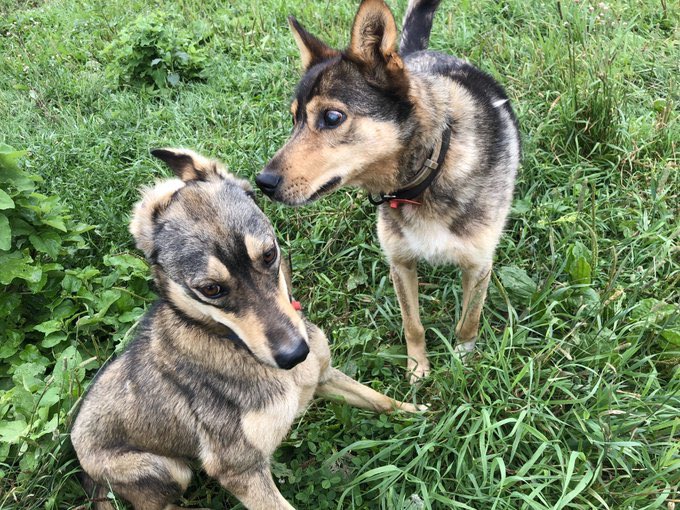 But maybe, I’ve occasionally thought, Hari doesn’t need Refried as much as I need Hari to need Refried. 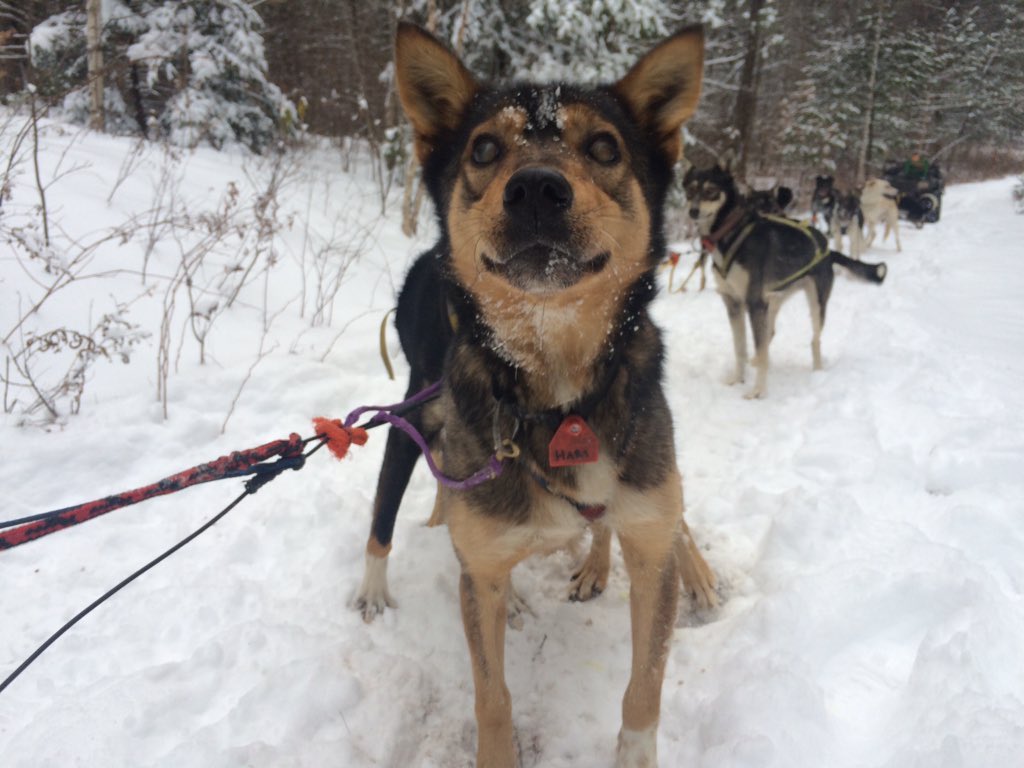 Anyway, I brought Refried out to the yard, and left Hari in the truck for a while, and commenced digging some spare dog houses out of about 5 feet of snow.

I could see Hari chillin’ in the distance. Stretched out in the sun. He has a personality a lot like his son Clem’s. Calm and optimistic, well-adjusted and gently affectionate. 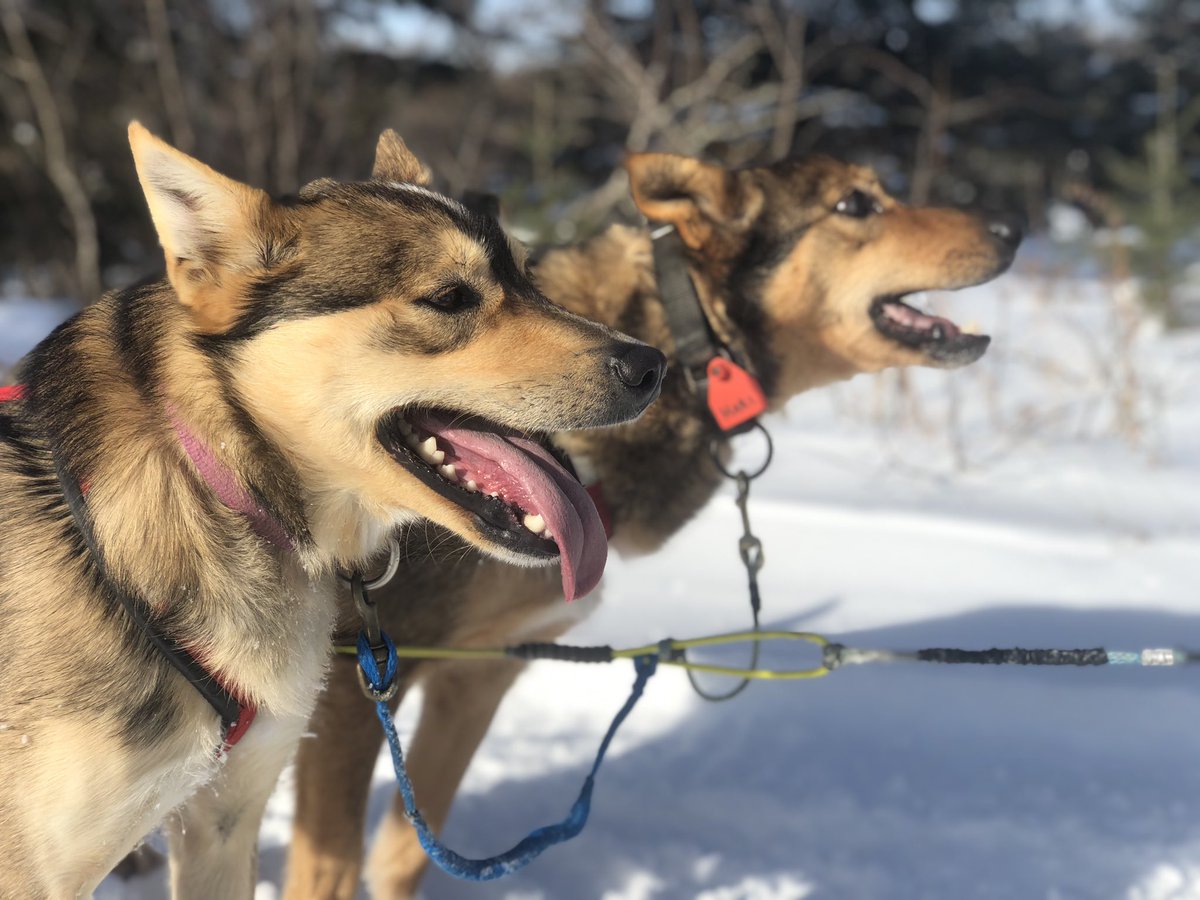 Anyway, I dug for a few hours and then I went over to check on the dogs to see how they were feeling in this new place.

But something was wrong with Refried. I could tell at a glance and I sprinted over to her—she was crouched and her head was down.

She wasn’t injured or anything.

My heart broke in a second. My poor girl. If she didn’t like this new place, I’d bring her home—I’d figure it out! She’d never have to stay somewhere she didn’t like.

But I still had more digging to do. So as a temporary solution, I walked Hari over from the truck to her house.

Refried transformed. Her head lifted, her tail started wagging, she stood up tall, and she let out a quiet oooooooooo

From that minute on, Refried loved the new place. She started playing with the other dogs. She sunbathed. She stretched and explored. She knew her brother, her best friend, was with her.

And I realized how incredibly ignorant I’d been, to think that Hari’s disability meant he was the one who needed her, and not the other way around.

It had nothing to do with that at all. They need each other because they love each other.

Because we all need the people we love. 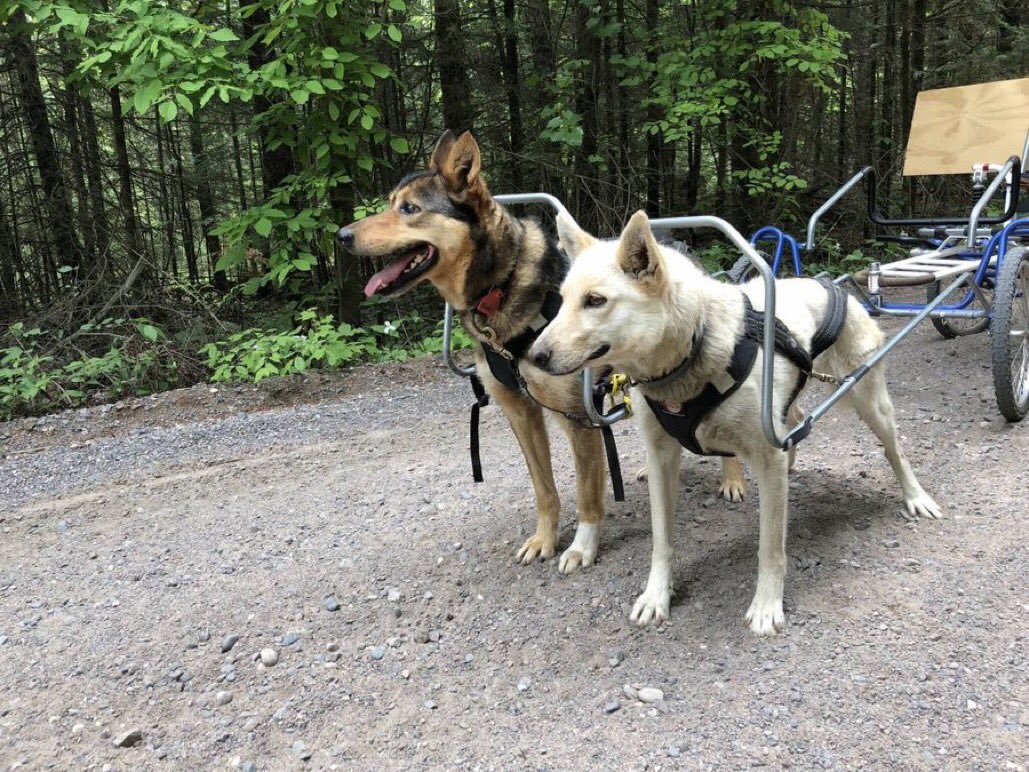 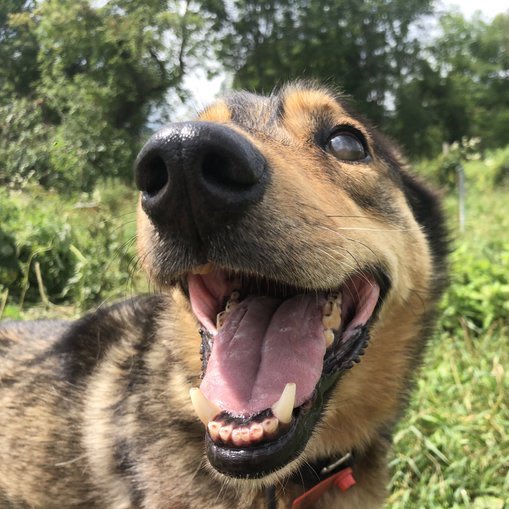 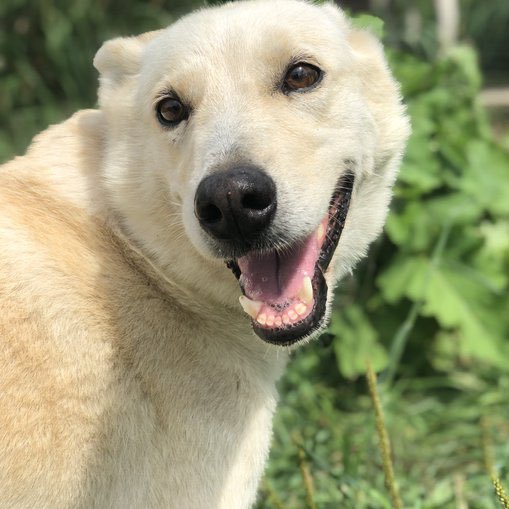 (Photo: two close-ups of the siblings on a summer day, grinning in the sunshine)