Apple unveils new iPad Pro with breakthrough LiDAR Scanner and trackpad support in iPadOS  https://nr.apple.com/d2s6U0a9x5  // The "convergence" everyone has been waiting for? A "2 in 1" or a tablet or a toaster-refrigerator? Did Apple capitulate? Some context on evolution of devices… 1/ 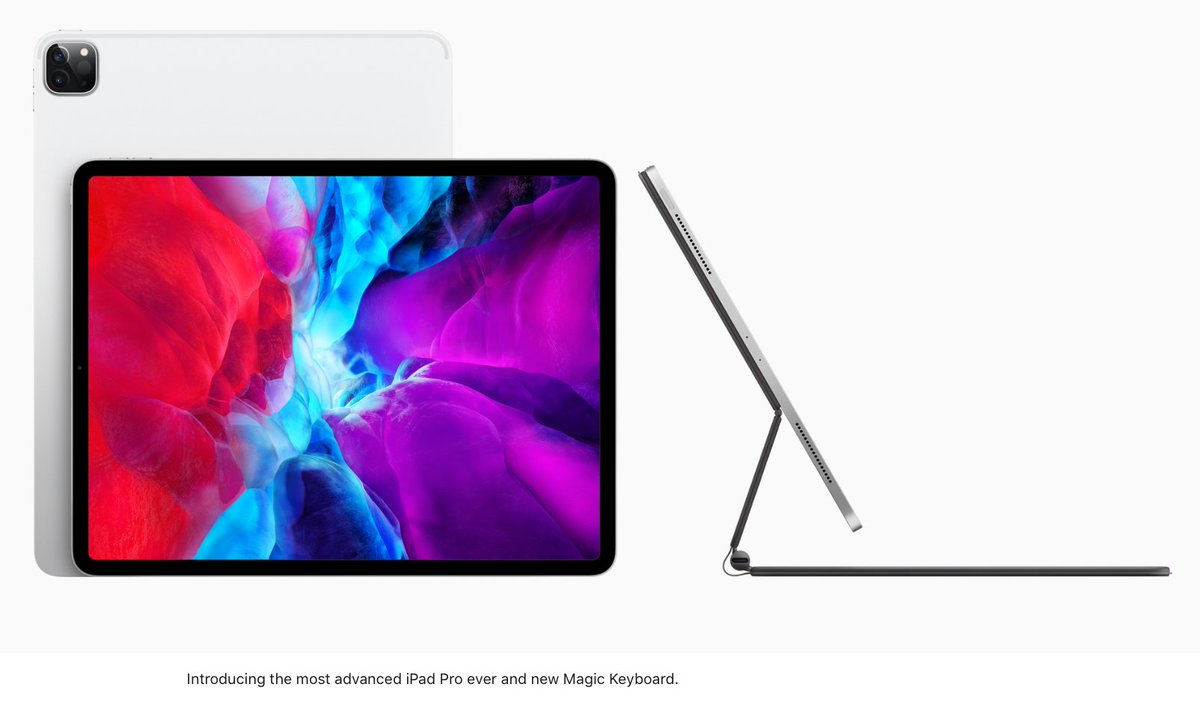 2/ Hardware evolves just like software but we don't often see it the same way. We're used to talking about the cycle software bundling and unbundling, but hardware does the same thing. Every new generation of hardware begins this cycle anew.

3/ Certainly we're used to hardware adding ports or absorbing new technologies over time. Where things get really interesting with hardware is when a new "form" is introduced, often the first step is jettisoning many features from the leader.

4/ With the introduction of a form, the debate immediately begins over whether the new form can take over or whether it is a substitute for the old one.

Tech dialog is rather divisive over these questions (dodged by marketing). "It can never work" or "It will eventually work".

5/ The industry works hard to create these dividing lines. The way it does this is first because usually there are new manufacturers that make the new form.

6/ The first one of these transitions I remember is the introduction of portable computers. Out of the gate, these were way less powerful than "PCs". The debate over whether a portable can "replace" a "PC" was in full force. 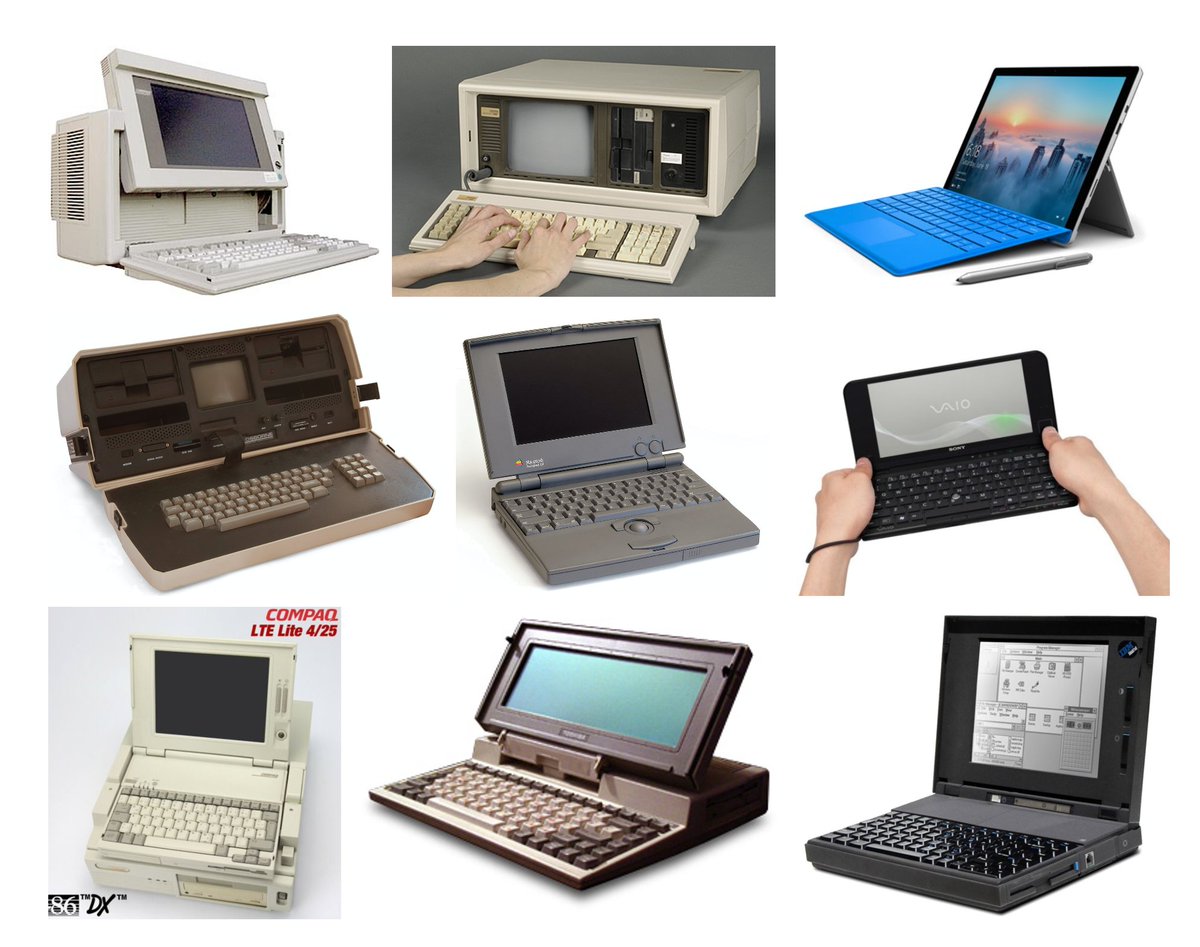 7/ Quickly the form factor of portable evolved and with that came all sorts of labels: luggable, portable, notebook, desktop, sub-notebook, and so on. This continued all the way until the introduction of "ultra-books". 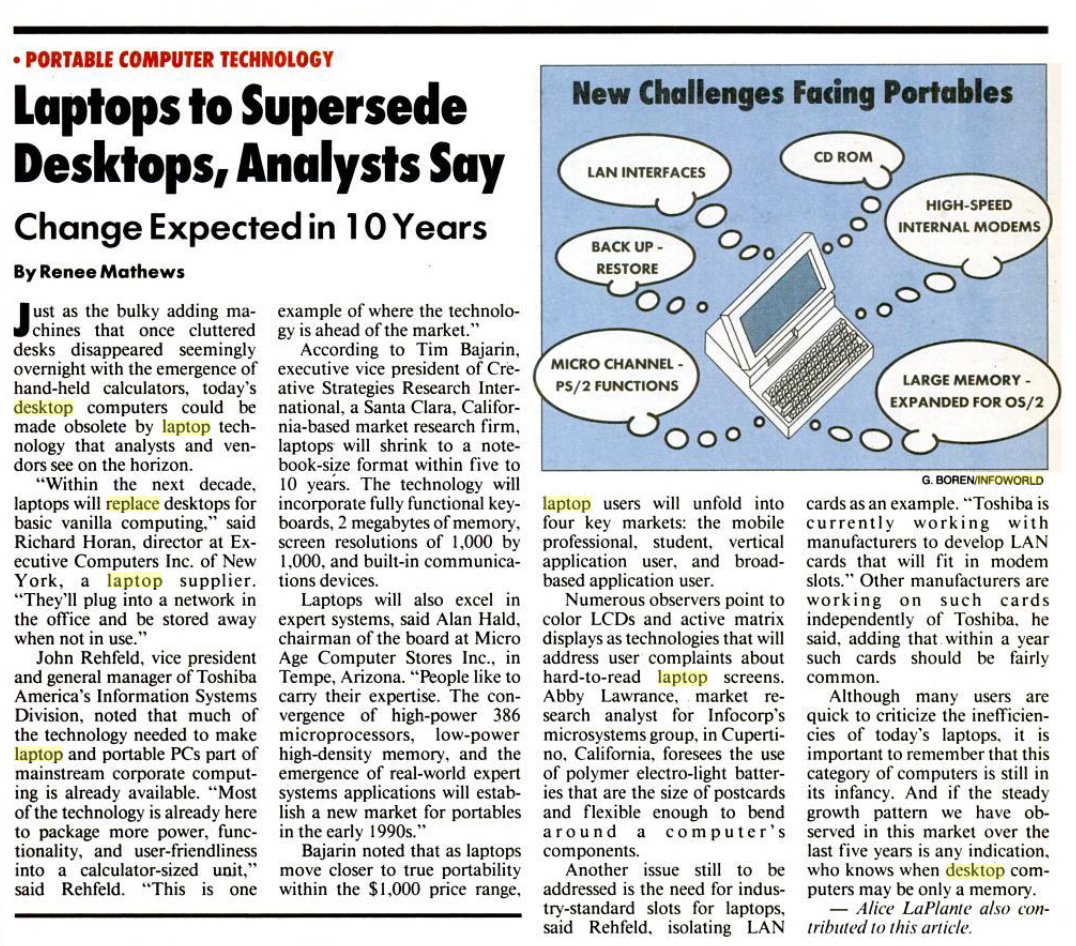 8/ Quite often these are marketing at work—manufacturers looking to differentiate an otherwise commodity product create a new name for the old thing done slightly differently.

Under the hood, however, the forms are evolving. In fact the way they are evolving is often surprising.

9/ The evolution of new forms almost always follows the surprising pattern of *adding back* all those things from the old form factor.

So all those portables, added more floppies, hard disks, then expansion through ports/docks, and then ultimately CPUs as powerful as desktop.

10/ Then we wake up one day and look at the "new" form and realize it seems to have morphed into the old form, capabilities and all.

All along the way, the new form is editing, innovating, and reimagining how those old things should be expressed in the new one.

11/ These innovations can change software or hardware. But this is where hardware devices like USB come from—the needs of the new form dictate new types of hardware even if it solves the same problem again. #innovation.

12/ The evolution of PCs to become Servers offers an interesting arc.

PCs were literally created to be smaller and less complex computers. They eliminated all the complexity of mainframes at every level while making computing accessible and cheap.

13/ When first PCs began to do server tasks, they did those in an entirely different way than mainframes that were servers of the day.

They used commodity desktop PCs—literally the same as a desktop running in an office. That was the big advantage—cheap, ubiquitous, open!

14/ Mainframe people balked at this crazy notion. It was an obvious moment of "that is a toy".

Then the age of client server computing was before us, starting in the late 1990s.

But what followed was a classic case of convergent evolution.

Pretty soon at h/w level telling a PC Server from a MF became a vocabulary exercise. 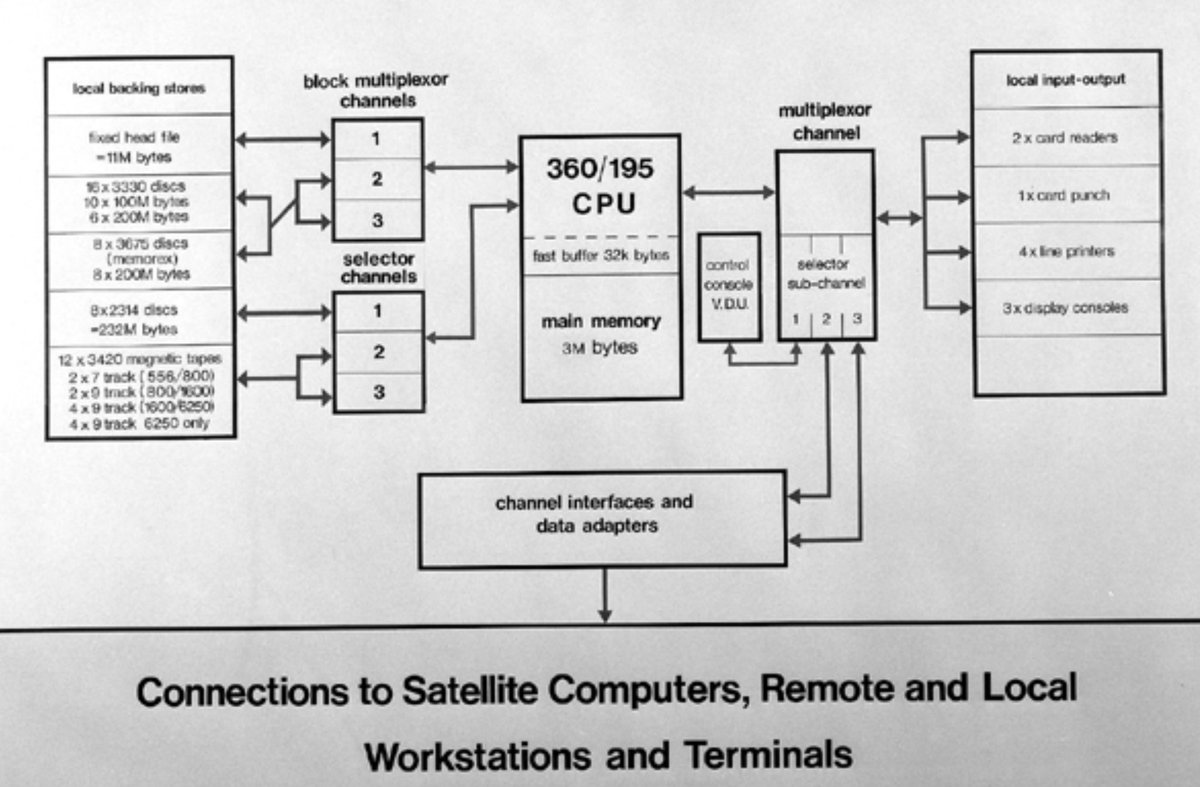 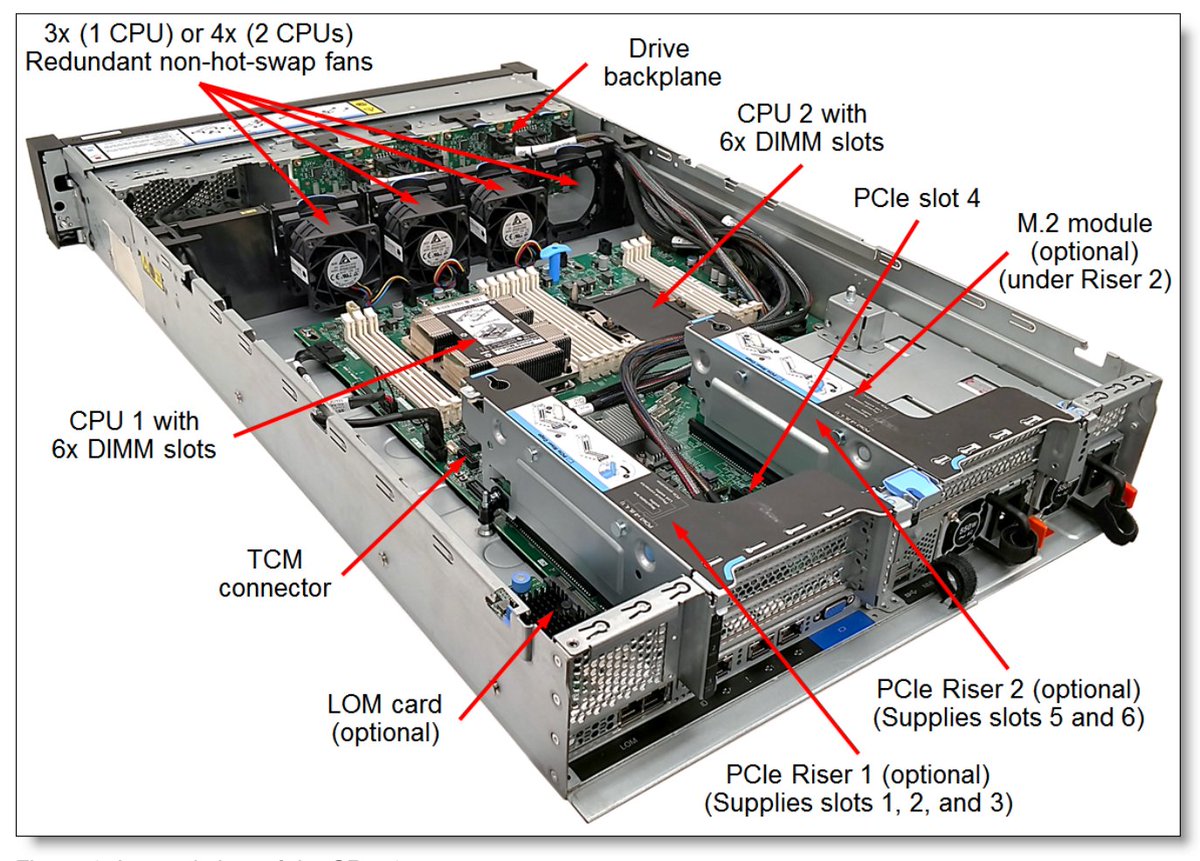 16/ And here we are today where server to stripped the very elements rooted in PC (like monitors and keyboards!)

Guess what? That's a mainframe! In twitter, this would be:

17/ Except, the operating system and software platform is entirely different. The evolution was not a copy, but a useful convergence done through an early series of steps copying followed by distinct and innovative approaches that created a new value...a new form factor.

18/ So here we are today with an iPad that has a trackpad. Many are chuckling at the capitulation that the iPad was never a real computer and finally Apple admitted it.

Laptop, Apple has invented the laptop.

19/ This was always going to happen. From the earliest days there were keyboard cases that turned iPads into "laptops" (w/o trackpads) and these could be thought of as experiments copying the past. It took time (too much?) to invent the expression of the old in the new.

20/ The PC server everyone uses in the cloud today is no mainframe. It is vastly cheaper, more accessible, more scaleable, runs different software (yes people will fight me on these in some way, but the pedantic argument isn't the point).

21/ Adding a trackpad to iPad was done in a way that reimagined not just the idea of a pointer, but in the entire package—hw & sw. That's what makes this interesting.

To think of it as capitulation would be to do so independent of how computing has evolved over decades. // END

PS/ Please be safe. Shelter in place. Treat everyone like they can spread the infection. Thank those working to keep us safe, healthy, and able to shelter. 💔

PPS/ Spent time using Magic TrackPad2. Don’t be confused—this is not bolting an old school idea of a mouse on iPadOS.

More like “Mouse 3.0” and an evolution of the macOS trackpad. Much more to think about than “precision pointing.” Bigger than IntelliMouse Wheel 25+ yrs ago.

CONT’D/ Some really unique touches to how this works. Here’s some magnetic snapping and pointer visibility. I’m moving super slow on purpose.

CONT'D/ A thought on iPad and trackpad:

Browsing turned out to be the primary app benefitting from touch on Windows.

Browsing will turn out to be the primary app benefitting from the trackpad on iPadOS.

It isn't just because browsing is most used.

I have archived this thread on medium.

iPad Pro Gets a Trackpad!  https://medium.learningbyshipping.com/ipad-pro-gets-a-trackpad-a2d232689a97 …