Great question, which I've also wondered about. My guess: Reduced oil drilling from low oil prices will raise natural gas prices. But the recession will also lower them. Natural gas prices will probably rise from today, but will still be historically low. Some data to follow: 1/7 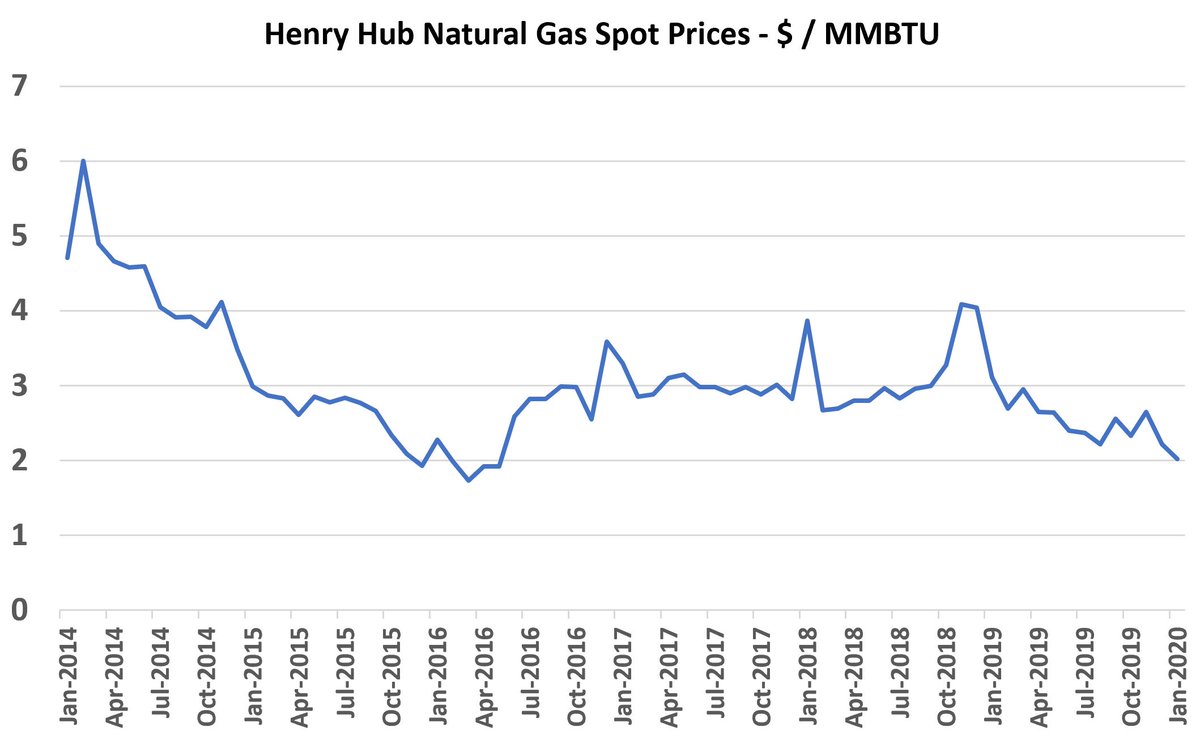 Since 2018, though, US natural gas production has surged even higher. Now, knocking out 15 billion cubic feet per day would just send production back to 2018 levels. 5/7 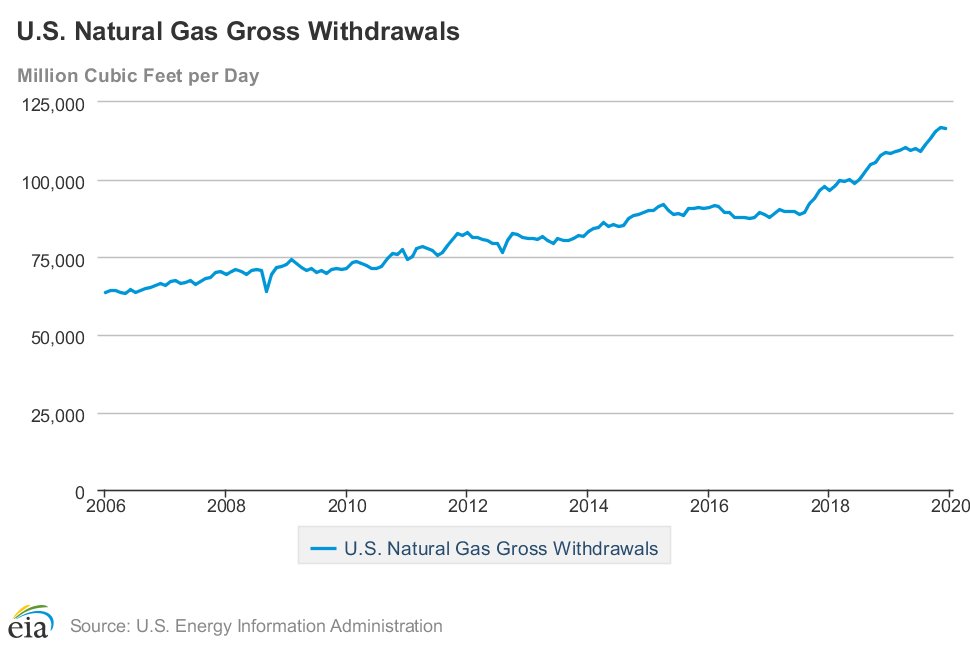 In 2018, natural gas prices were roughly 50% higher than today. But still extremely low when we compare them to the last 20 years. 6/7 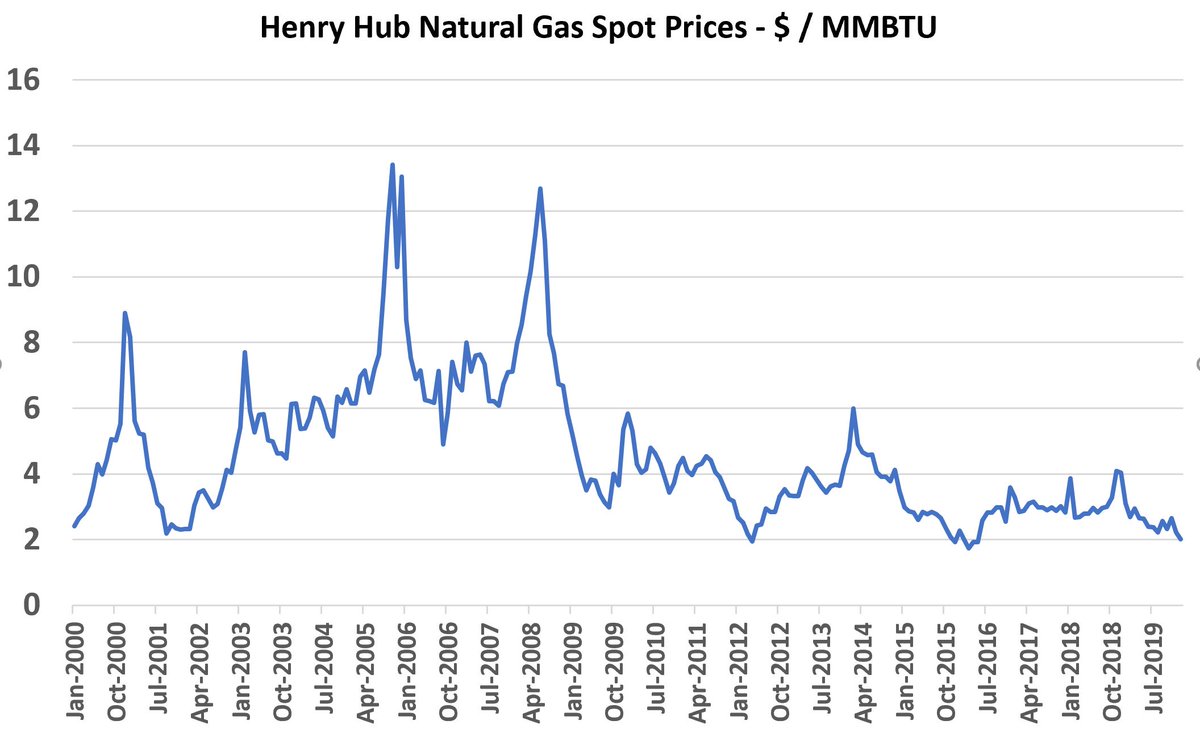 Reduced US oil drilling thus may lift natural gas prices, though still to prices that are fairly low.

Renewables & storage will still have to compete with fairly cheap gas. Fortunately, renewables will keep getting cheaper too, and will benefit from low interest rates. 7/7