45 Lords and MP’s from across the political spectrum write to U.K. Foreign Secretary insisting that corrupt oligarchs be banned from UK and their assets frozen under post-Brexit Magnitsky sanctions regime  https://www.telegraph.co.uk/politics/2020/03/21/corrupt-oligarchs-must-banned-uk-assets-frozen-post-brexit-sanctions/ …

Here is a copy of the letter from the 45 Lords and MP’s to U.K. Foreign Secretary Raab calling for the U.K. Magnitsky Act to include kleptocrats in addition to human rights abusers. Thanks Lord Alton for leading on this. 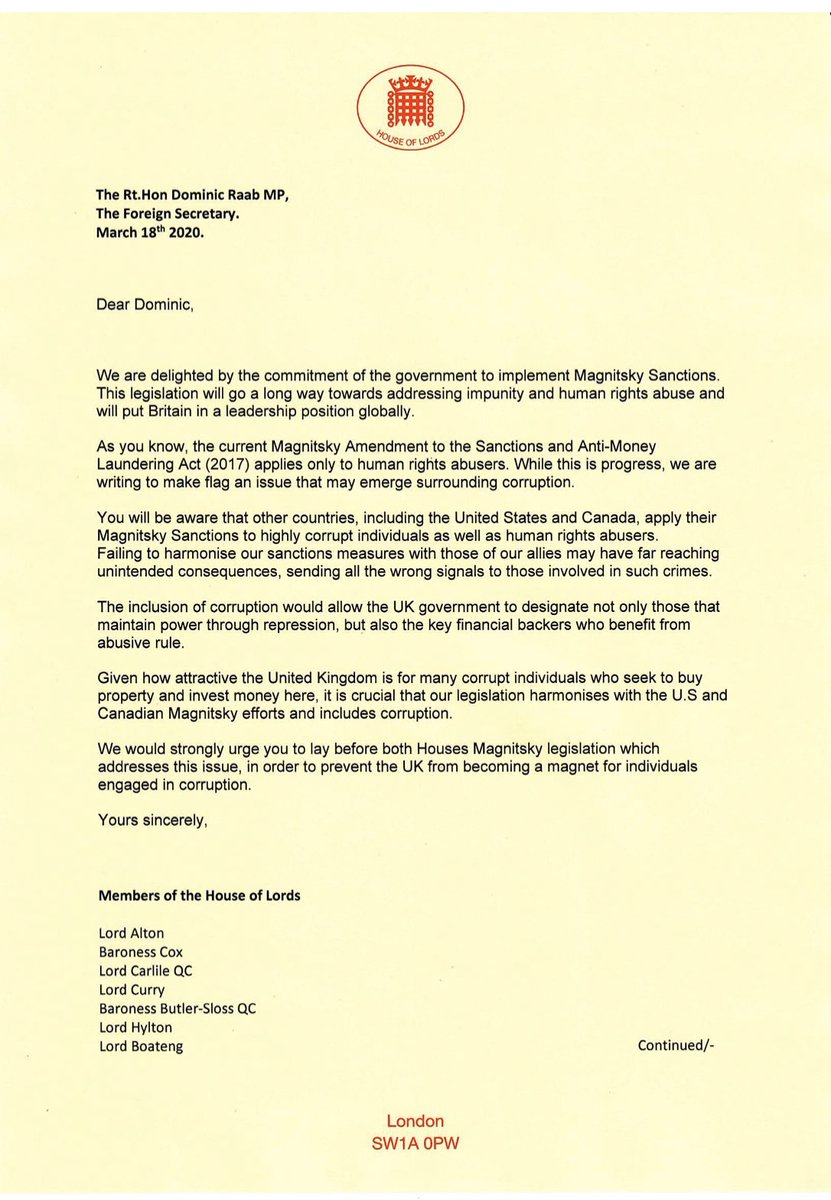 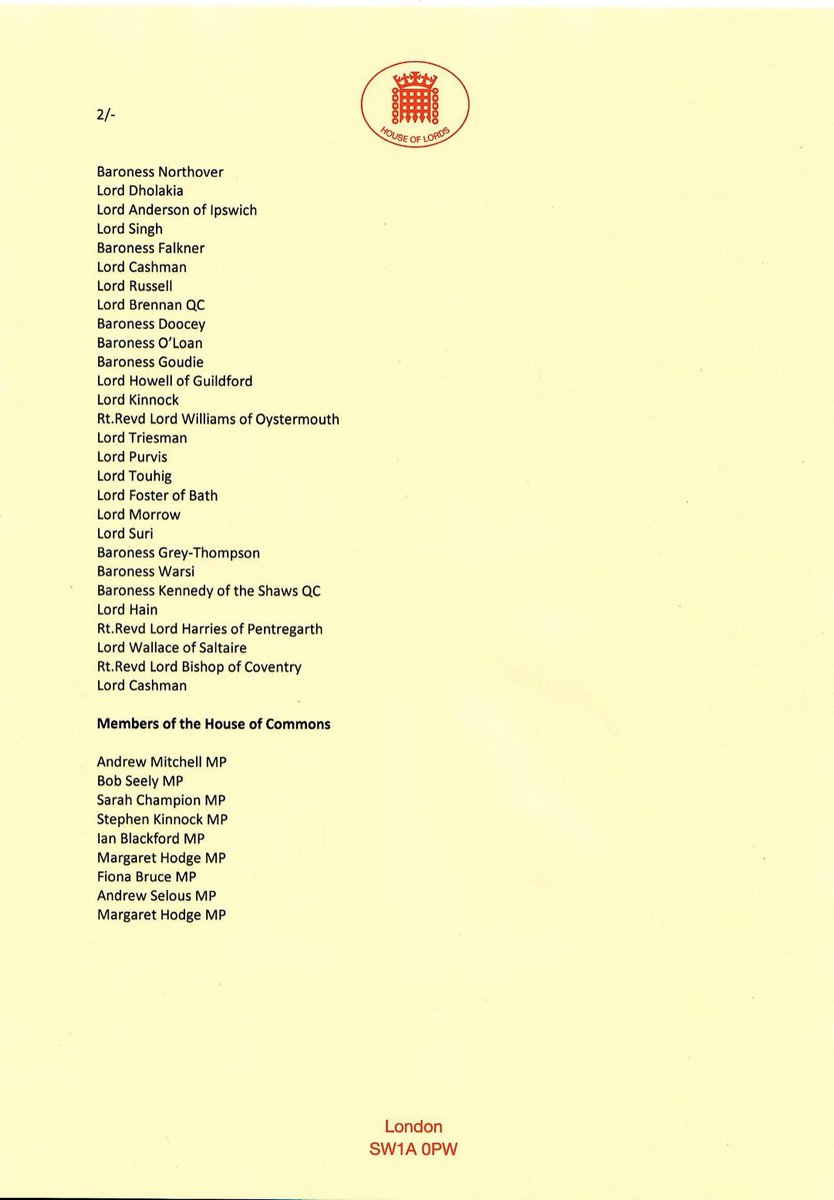 John Penrose MP said “Britain can do without kleptocrats and organised criminals whose dirty money comes from abusing human rights while they loot foreign countries. We need to hit them where it hurts – in the wallet – so they can’t do business or live off their ill-gotten gains”

John a Penrose MP is the British Prime Minister’s anti corruption champion. It means a lot coming from him.