I had assumed so until I looked into it

While some research suggested the Great Recession of 2007-2009 caused 5k excess suicides in US, later research found that suicide rates were increasing before the recession and increased afterwards, including in recent good times 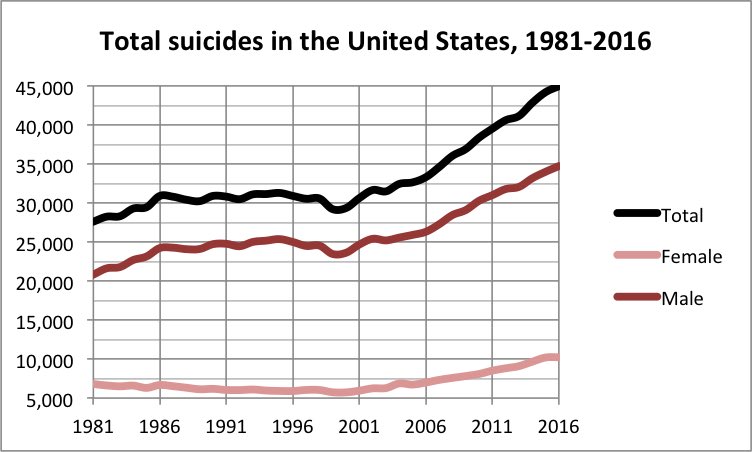 Columbia Univ. sociologists discovered in 1922 (!) that “Lean times in the country’s history didn’t correspond with more deaths, as they expected. In fact, the opposite was true. More people — babies included — died when the economy prospered.”

What about the Great Depression?

“After several years of severe economic stress, the gross death rate has attained the lowest level on record,” wrote Edgar Sydenstricker, a social epidemiologist with the US Public Health Service, in 1933

After decades of research and debate, scientists have concluded is that how we respond is what matters

“There has been a lot of intellectual infighting ... Now, the question is how can we protect people who are put in harm’s way by these crises. What choices do we have?”

None of this suggests recessions are good, or rising prosperity is bad. The overall increase in prosperity is clearly tied to lower mortality and higher life expectancy

When comes to climate change, the greatest uncertainties are not the relationship between CO2 & temp, nor temp & food production, but how humans will behave in response to environmental change in the future, which is fundamentally unpredictable

I have been reading the various reports published by various bodies (CDC, WHO, Gates, etc) over the last 20 years, warning of a deadly pandemic, and all emphasize the same thing: what matters most is the response by governements and societies

Asian nations, particularly South Korea, responded aggressively & surgically and were able to keep their societies functioning at high levels, in contrast to most Western nations

I think there are profound implications

This goes for conservatives and liberals

On the one hand, I think it’s clear that it’s not inevitable that coronavirus must infect 60-80% of the population, as top U.K. health officials had assumed

On the other, it’s not inevitable that the recession be very large, long-lasting, or more deadly than the boom times were