NEW: A federal judge REJECTED a request by Saudi Arabia to strike intimidation allegations by witnesses for the 9/11 families.

The Kingdom also cannot ID the witnesses making the claims. 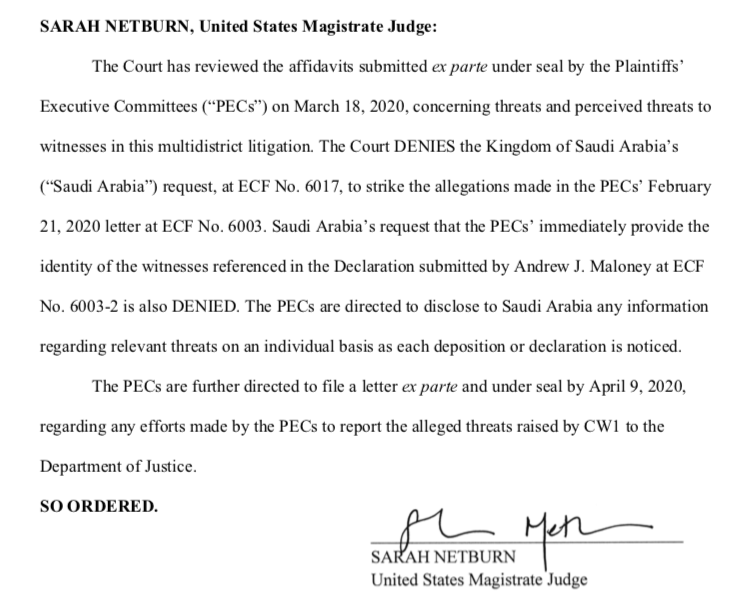 The 9/11 families recently revealed that their investigator, a former FBI agent, met with journalist Jamal Khashoggi a little less than a year before his murder in a Saudi consulate.

That detail came up in docs alleging witness intimidation.  https://www.courthousenews.com/9-11-families-detail-meeting-with-slain-reporter-khashoggi/ …

At a hearing earlier this month, Saudi Arabia asked USDJ Sarah Netburn to strike the allegations from the record--or ID the witnesses making them.

They did. She ruled in their favor.

Netburn now ordered the counsel for the 9/11 families to provide information on any of their efforts to report the alleged witness intimidation to the Department of Justice.