On March 9, ICE arrested a man in New Rochelle in front of his wife and kids.

At the time, the suburb had the largest cluster of coronavirus in the country, according to @NYGovCuomo, who declared a containment zone around the community the following day.  https://theintercept.com/2020/03/27/immigrants-coronavirus-ice-detention-new-york/ …

Court records reviewed by @theintercept and interviews with NY lawyers indicate that the operation was one of many so-called “community arrests” that ICE conducted in the New York area, both while the coronavirus was spreading, and after the threat was well-established.

The arrests were part of the Trump administration’s election year crackdown on so-called “sanctuary cities.”

Beginning in January, lawyers started getting reports of more aggressive ICE operations. The number of initial hearings for people in detention more than doubled.

All the while, the coronavirus was quietly taking root, slowly turning the communities where ICE was making its arrests into the epicenter of a global pandemic.

Even as the alarm bells over the virus grew louder, ICE’s operations continued.

Now, more than two weeks after president declared a national emergency, ICE’s detention centers in the New York area are filled with people who feel like sitting ducks for a deadly infectious disease.

As of Thursday, the man arrested in New Rochelle was at the Bergen County Jail, his attorney said, the same facility where a detainee just tested positive for Covid-19.

This how people inside Bergen and other local detention centers have described the conditions. 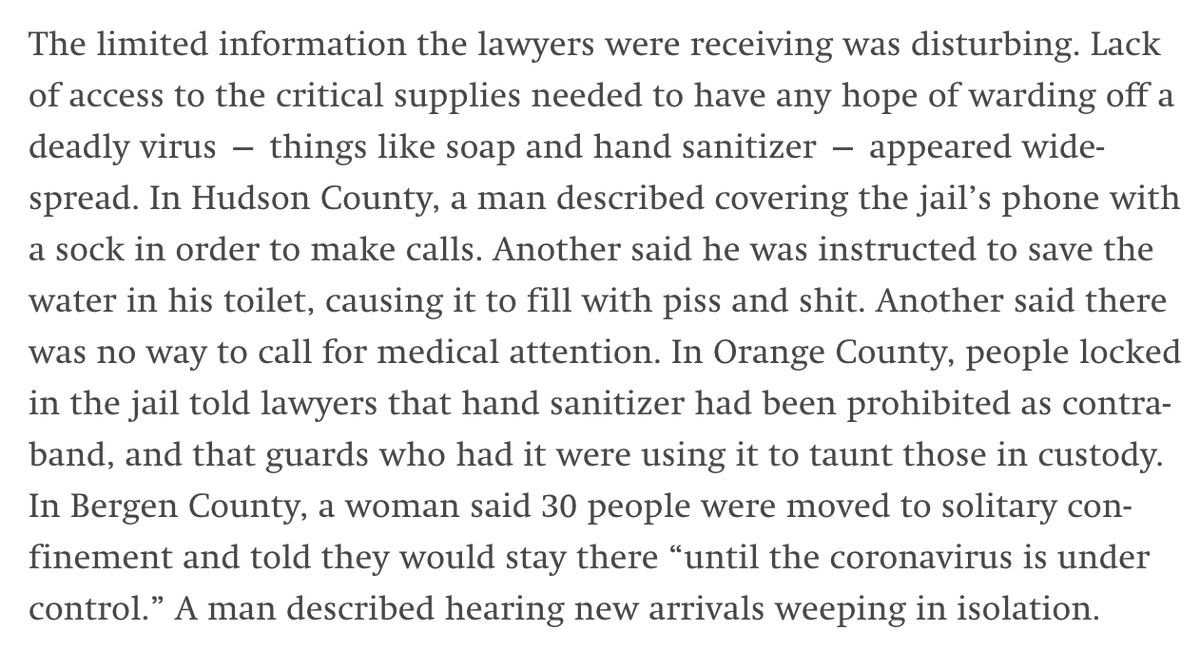 The Department of Homeland Security’s own medical experts have described the situation in its immigration detention centers as a “tinderbox.”

For more on how we got here, click below.  https://theintercept.com/2020/03/27/immigrants-coronavirus-ice-detention-new-york/ …