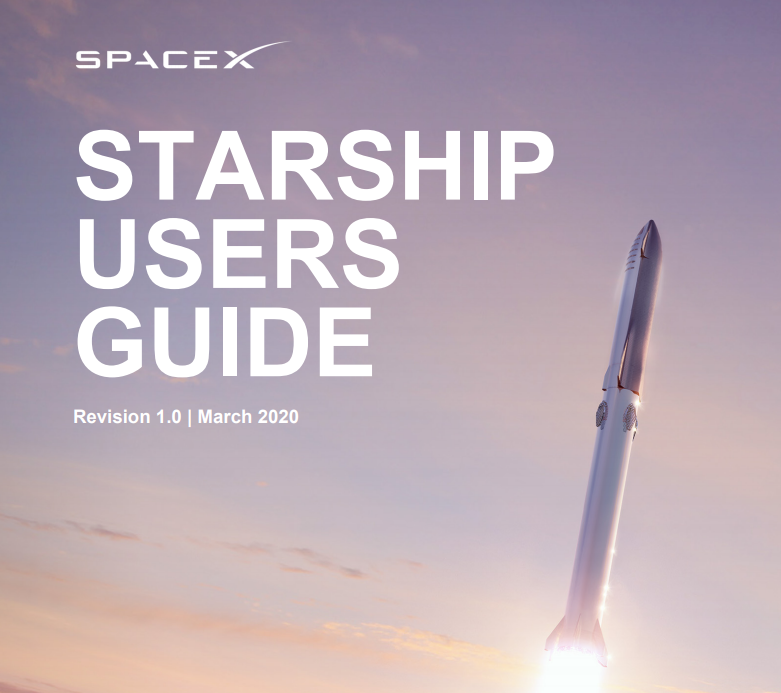 Starship's 9 meter fairing will be able to carry "satellites, large observatories, cargo, refueling tanks" and more. While the diagram shows it is about 17 meters tall, SpaceX says "an extended payload volume is also available for payloads requiring up to 22 m of height." 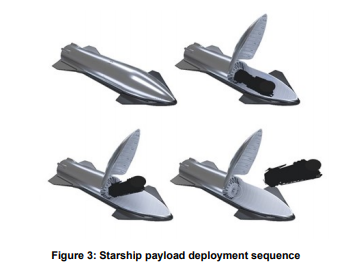 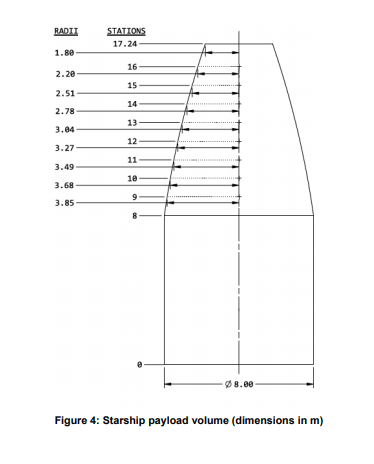 Additionally, Starship's payload area can "mount supports along the sidewalls or nose to interface with trunnion style interfaces on the payloads, similar to those employed on NASA’s Space Shuttle orbiters." 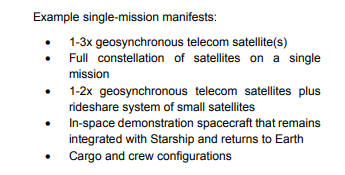 Here's something interesting but not unexpected: In addition to planning launches from both Boca Chica and Kennedy Space Center, SpaceX says payloads looking to return to Earth could land back at both locations.

Starship's mass to orbit by the numbers:

While most of the Users Guide focuses on cargo, there's a little color on the crew version of Starship:

SpaceX also theorizes that Starship could perform missions like NASA's Space Shuttle did, such as satellite capture and repair or return to Earth.