Update: Trenton Thurber, other Americans and dozens of citizens of other nations remain stranded in Moscow's Sheremetyevo Airport after Aeroflot canceled its New York-bound flight today. They were all on the plane and preparing for take-off when the pilot ordered them back off.

Trenton sent this photo of the group after they were forced to de-board the Aeroflot flight. Still no answers from @USEmbRu, he says, which had sent out emails about a possible charter flight. 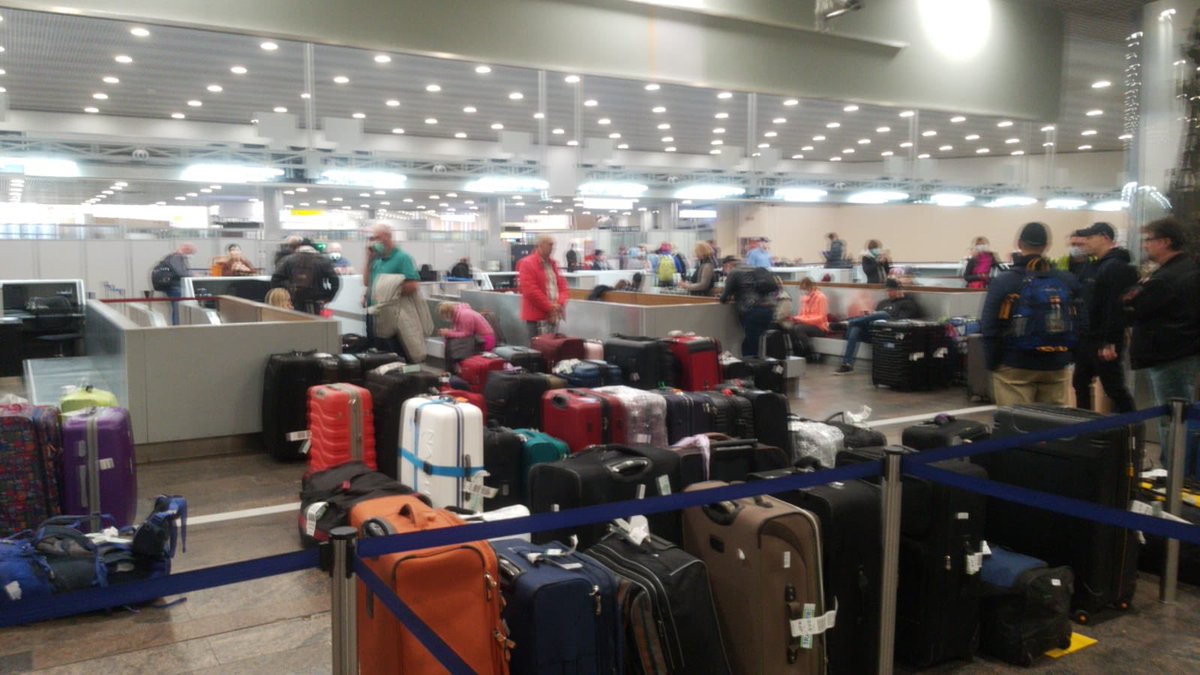 The family of another American stranded in the Moscow airport wrote this to me about the ordeal: 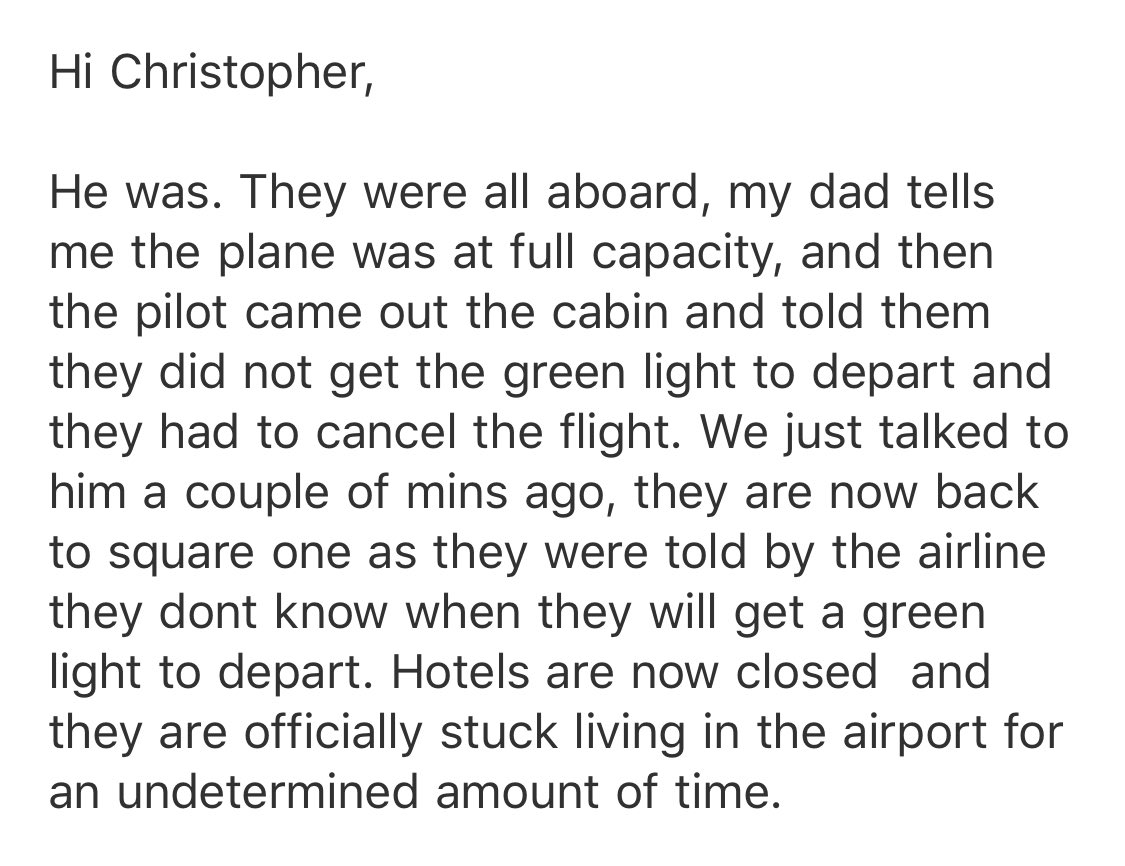 Of course, it's not only Americans who are stuck in a place far from home. Some 100 Russians are also stranded in New York because the Aeroflot flight from Moscow to JFK was meant to bring them back.  https://www.buzzfeednews.com/article/christopherm51/coronavirus-american-trapped-in-russia … 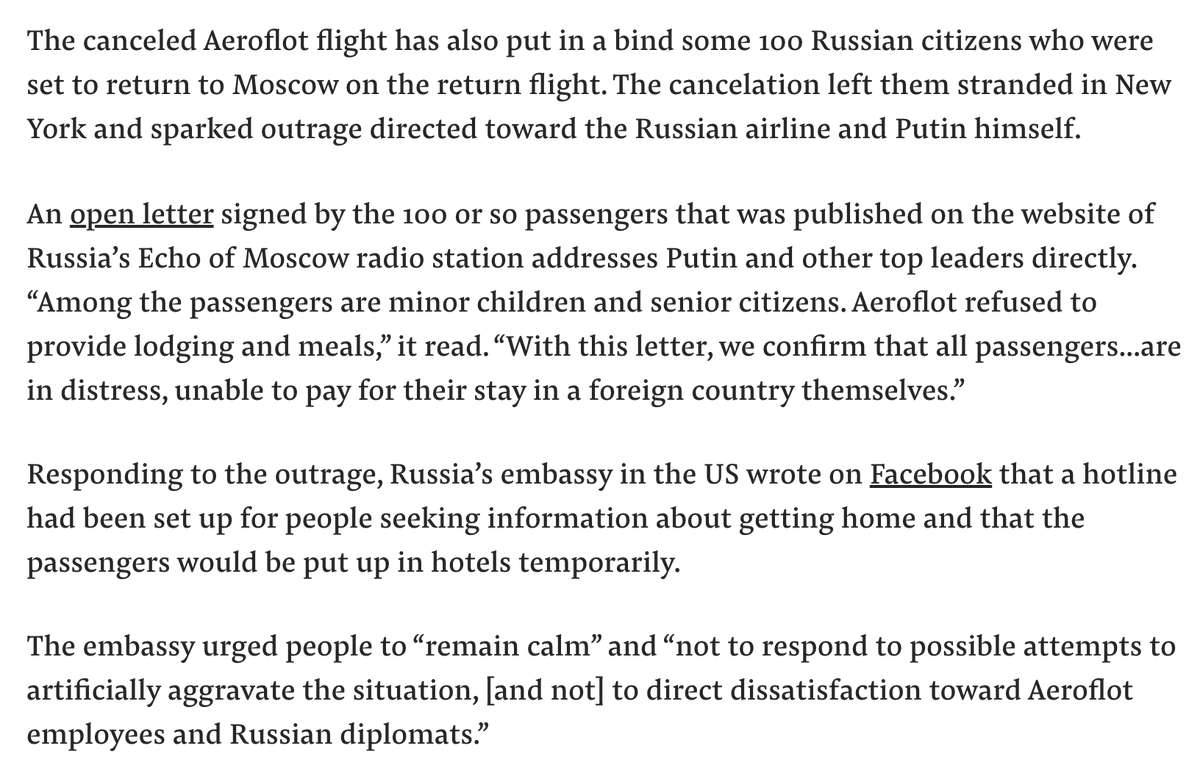 And it doesn't look like they will be going anywhere, since Russia just announced it will ban all flights, including those bringing Russians home, @interfax_news reports.  https://www.interfax.ru/russia/702436