Tren Griffin+ Your Authors @trengriffin I work for Microsoft. Previously I was a partner at Eagle River, a private equity firm established by Craig McCaw. I am on the board of directors of Kymeta. Apr. 11, 2020 1 min read + Your Authors

"I describe what I do as 'optimization' - a wonky way of saying I try to make sure our limited resources help as many people as possible. I spend a lot of time thinking, analyzing data, and talking to experts to judge whether we can make a difference." BG  https://www.gatesnotes.com/About-Bill-Gates/A-bet-on-humanity …

"Optimization" is about achieving the highest return possible on the ~$5B spent each year:

"$10B to help provide vaccines, drugs, bed nets and other supplies in developing countries created an estimated $200 billion in social and economic benefits."  https://www.google.com/amp/s/www.wsj.com/amp/articles/bill-gates-the-best-investment-ive-ever-made-11547683309 …

"Three million times a year, parents are burying children because of diarrhea. So it makes you wonder is the world applying its incredible set of resources to eliminate these deaths?” Bill Gates

That's just one example of an optimization analysis. How can impact be optimized?

4/ How does Charlie Munger describe an "optimization" process?

"Warren is scanning the world trying to get his opportunity cost as high as he can so that his individual decisions are better.”

Philanthropic decisions are made in this way by Bill Gates:  https://www.gatesnotes.com/About-Bill-Gates/A-bet-on-humanity … 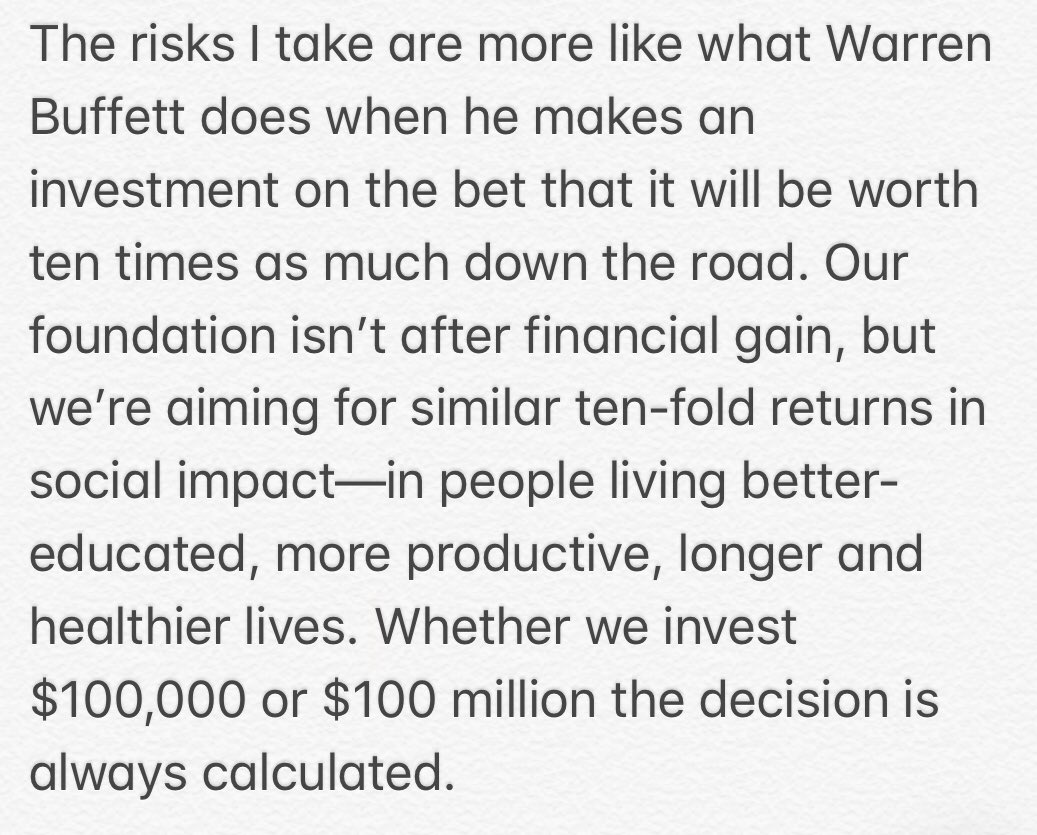 5/ When would Bill Gates have first seen philanthropic optimization? His mother Mary was a leader in charities allocating funds like United Way. So was my mother. Dinner table conversations at home included discussions about which charities produced the highest social returns.