States coming together for form "alliances" to address public health is fantastic and great science (C19 does not know about state/county boundaries).

Such action in the world of "organizational behavior" is called "middles integration." 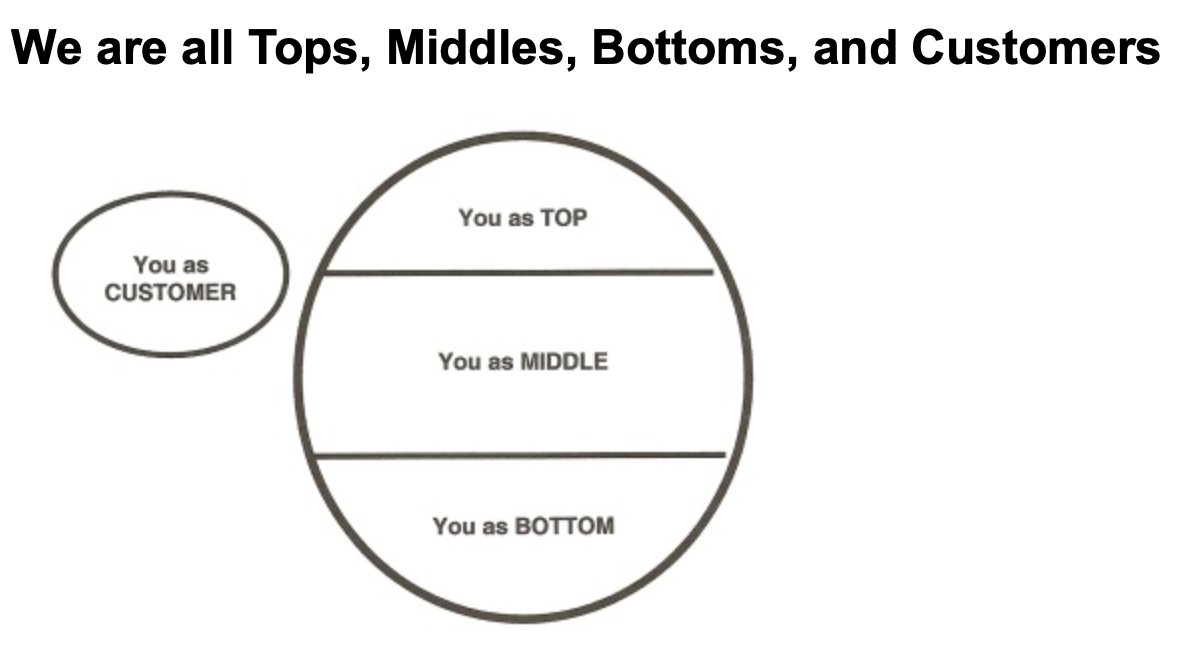 2/ Phase "middles integration" comes from the work of Barry Oshrey and Power and Systems Lab, decades ago.

The training firm offers a leadership workshop which is popular with government and big companies.

Made its way to Microsoft in the late 1990s.

3/ About 25 middle managers to VPs were invited to a mystery offsite. We only knew to fly to Boston. Upon arrival we split up to tiny little planes (think "Wings") and flew to an island. Upon arrival our luggage was taken and we were shuttled to a summer camp—cabins and dirt.

4/ Also confiscated were laptops and our flip phones. We sat around in dirt, and were divided up:

A few were "tops" (these are P&S terms 🙄). @jondevaan in that group. They got nice rooms.

More were "middles" assigned to cabins

Most were "bottoms" assigned to kids bunks (me) 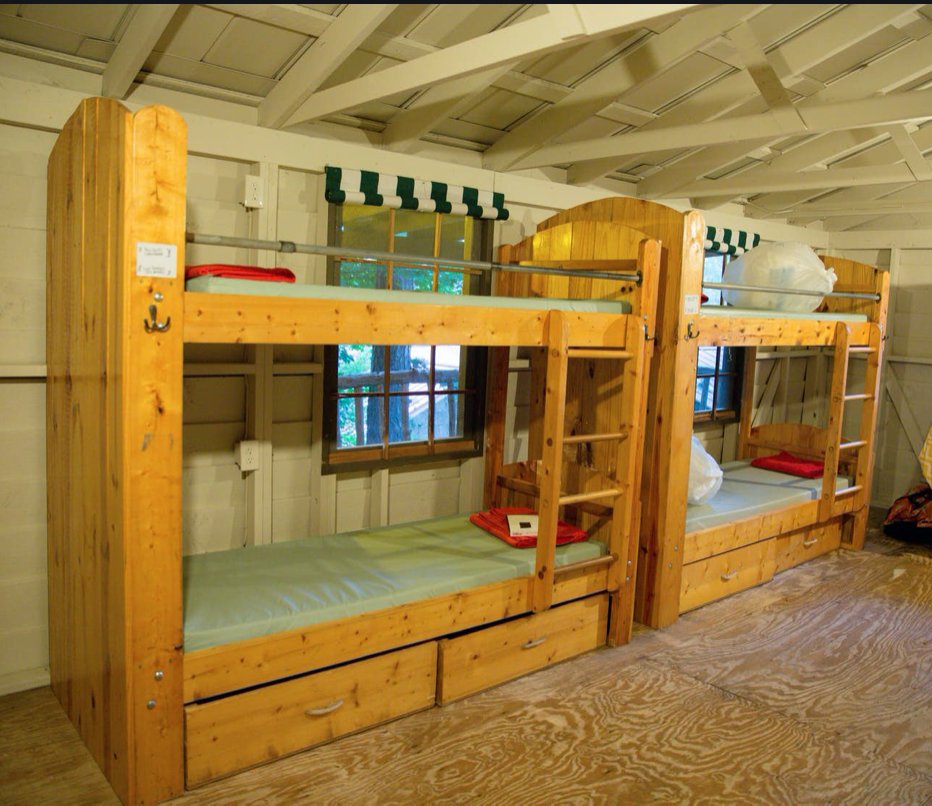 5/ Over two days Tops assigned tasks to Middles who were given resources to accomplish those tasks. Middles then coerced the bottoms to do the work (get it?)

I spent a few hours clearing leaves in exchange for lunch. Took garbage bags to a dumpster for lunch.

6/ We were really trapped. No phones. No electricity. No food or even linen, unless we played along with this simulation.

One person actually escaped—like literally ran away, got to a payphone and made it back to Seattle. I spent many summers camping and was still frustrated.

7/ At one point I was assigned to serve dinner to the tops to get a pillow. After sleeping that night in a bunkbed with a sheet and then using a washcloth for a towel we convened in the morning.

Tops told us Middles were given tools to create an "economy" to end bartering.

8/ It was ridiculous. We were each either coping or rebelling in our own way. I basically shut down.

VP of Office devised a clever plan for a coup d'état.

Instead of creating a "town newspaper" as suggested, we flooded town with "art". Paintings and drawings (like camp crafts!)

9/ The tops decided to buy the art to keep the simulation going. The middles then worked to inflate the prices for art by bidding it up.

Pretty soon we were rich. We bought up all the snacks, clean clothes, linen, etc. But the game ran out of stuff to buy. We were that good.

10/ We were tired. Stinky. And now filled with sugar.

The organizers were on the verge of tears. I totally unloaded on one organizer in an effort to end my (our) misery.

In classic Microsoft, we had hacked the game and broke it. Completely. We cut the offsite short by 2 days.

11/ After the fact we learned that this was a pretty famous offsite. The USPS had done it the week before to marvelous results.

They had led this offsite hundreds of times and never before had the whole thing been broken.

We were proud of our cleverness and/or lack of maturity.

12/ All was not lost. We were given a pamphlet to explain the lessons of the offsite we were supposed to gain by experience (the experience we might have had if we did not jump to hacking it).

The goal was to better understand "power dynamics" across different strata of an org.

13/ In most orgs we tend to think of tops being in charge and the bottoms as victims of management, with middles caught in-between trying to balance everyone's needs and egos to just get something, anything, done. The customers on the outside confusing everything.

14/ In practice, any participant in a "system" can take on behavior, traits, beliefs, and coping mechanism of each layer. In fact each layer is caught between competing interests.

Everyone is a middle. Tops (CEOS) caught between employees and customers, for example.

15/ As crazy as that experience was these core stereotypes:
• tops as all knowing
• middles as routers
• bottoms as victims
• customers as always right

…really depend on context. Everyone can be a victim, caught in the middle, or just a router. Or even a boss.

16/ One of the most interesting things to come out of this was a meeting style that became very popular in Office over the years. The "without" meeting. This was a meeting where a managers direct reports would meet without their shared manager to coordinate, sync up, solve stuff.

17/ As if to rub it in, the Office PMs that I was managing at the time would meet in the "Without Steven" meeting and they met right across from my office. I would often walk by and see everyone talking, wondering if they were talking about me, making fun of me, complaining, etc.

18/ In practice, "without" meeting is prime example of "middles integration" (long path to get back).

It is an extraordinarily effective way for large teams to work. In big teams presence of a manager can tweak the dynamics of a meeting, but not having coordination is costly.

19/ For years I would not sponsor people to go to the Power & Systems workshop out of fear of the experience they'd have. After a while a 4 hour version was held nearby. That was an awesome way to get these lessons without the abuse (and still involved forms of arts & crafts).

20/ If you want to read more about the roles of an organization system you can see more here.  https://govleaders.org/total-system-power.htm …

So when I see the Govs, normally "tops" integrating to solve problems I think of them acting as high-performing "middles" caught b/w their citizens and Feds. 💯 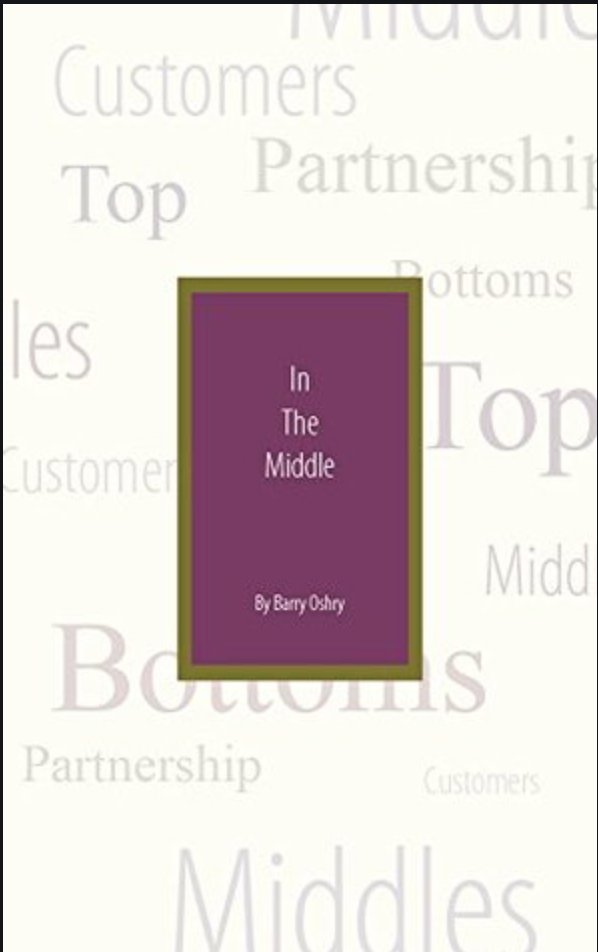