A hearing in the 9/11 families' suit vs Saudi Arabia happening now via telephone.

Judge Netburn: “We are trying to manage this case the best we can in this new, remote world.”

The 9/11 families have a motion to compel the FBI to produce information pursuant to a subpoena.

“Any lack of integrity in the FBI’s handling of this subpoena is wholly unacceptable."  https://www.courthousenews.com/senators-raise-concerns-of-fbi-manipulation-in-9-11-case/ …

Judge Netburn: "Let me tell you how I'm hoping we can move forward."

She plans to hold a conference, "hopefully" through a "multimedia fashion," that will allow video and allow parties to present exhibits.

She believes they won't be able to convene live again by June or later.

AUSA Sarah Normand said that AG has now asserted the state secrets privilege about info about whether certain individuals were subjects of investigation.

AG Barr submitted his formal assertion of the state secrets privilege in the 9/11 litigation against Saudi Arabia on April 13. 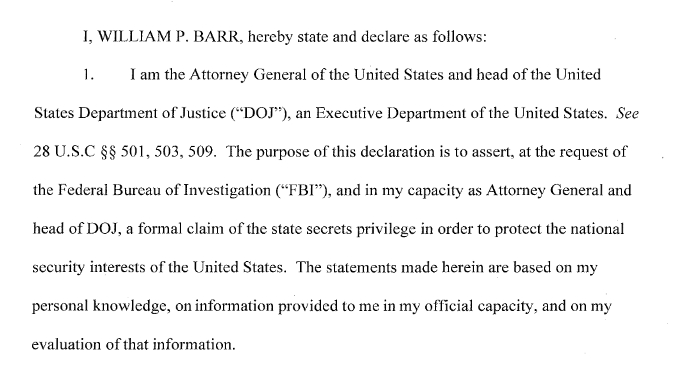 The conference has ended, with the difficulties moving ahead in an age of physical distancing dominating the hearing.

The prior hearing's focus on the witness intimidation allegations and the Khashoggi connection did not come up this time, as the parties navigated more mundane matters of the logistics of conducting civil proceedings in the time of a pandemic.