Much is being said about the role of WHO and China in the pandemic (please don't say "who"…W H O). There's a misunderstanding of how WHO works. While there are challenges, in many ways some are structural and would put more burden on forces outside of WHO. Some thoughts… 1/

2/ I spent a lot of time with WHO over years both directly & indirectly. They're big consumers of tech. I'm no expert or diplomat but have direct experience.

I first worked with WHO early 2000s (!). I pulled up my trip report I wrote for Bill (just a couple years into vaccines.)

3/ I spent almost 3 days there. One system I learned about was "EMS" or Event Management System (long since gone I'm sure). It was a desktop database that tracked all the communication about an outbreak or other global health event.

4/ The reason this is so critical is that information is flowing from all sources: media, WHO personnel on the ground, and importantly governments—health, politicians, local officials, etc. Also WHO outbound.

Often the information conflicts. Some is "official" and some isn't.

5/ During "SARS1" (which had just wrapped up) the amount of information seemed boggling at the time. By the standards of "SARS2" it was not. Here's what I said then.

6/ The team walked me through all the tech but like a good PM I wanted to understand not their view of their tech but problems they were solving and context tech was used.

This is when EMS got interesting (which was confusing since that was the acronym for Exchange email!)

7/ So they took me to the actual situation room to show me the workflow around EMS.

This might feel "low tech" but was more state of the art than most companies. It is easy to see how today this is all about data feeds, live dashboards, etc. Just as on  http://who.int 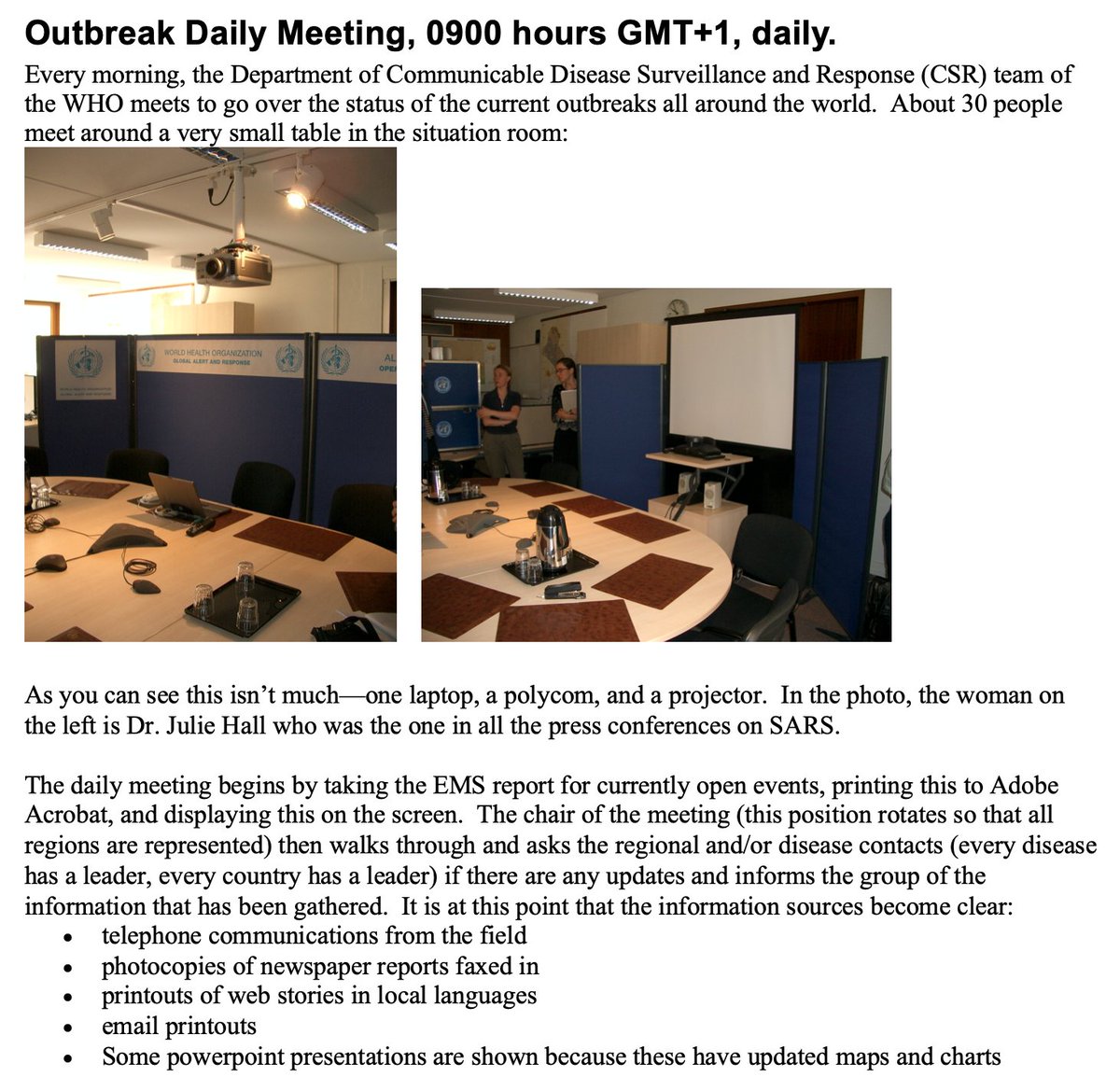 8/ The meeting is not just to exchange information but to decide on the next steps WHO will take.

As you can see at any given time there are 10-20 different outbreaks they are tracking (probably more today because there's more information). There are a wide variety of actions. 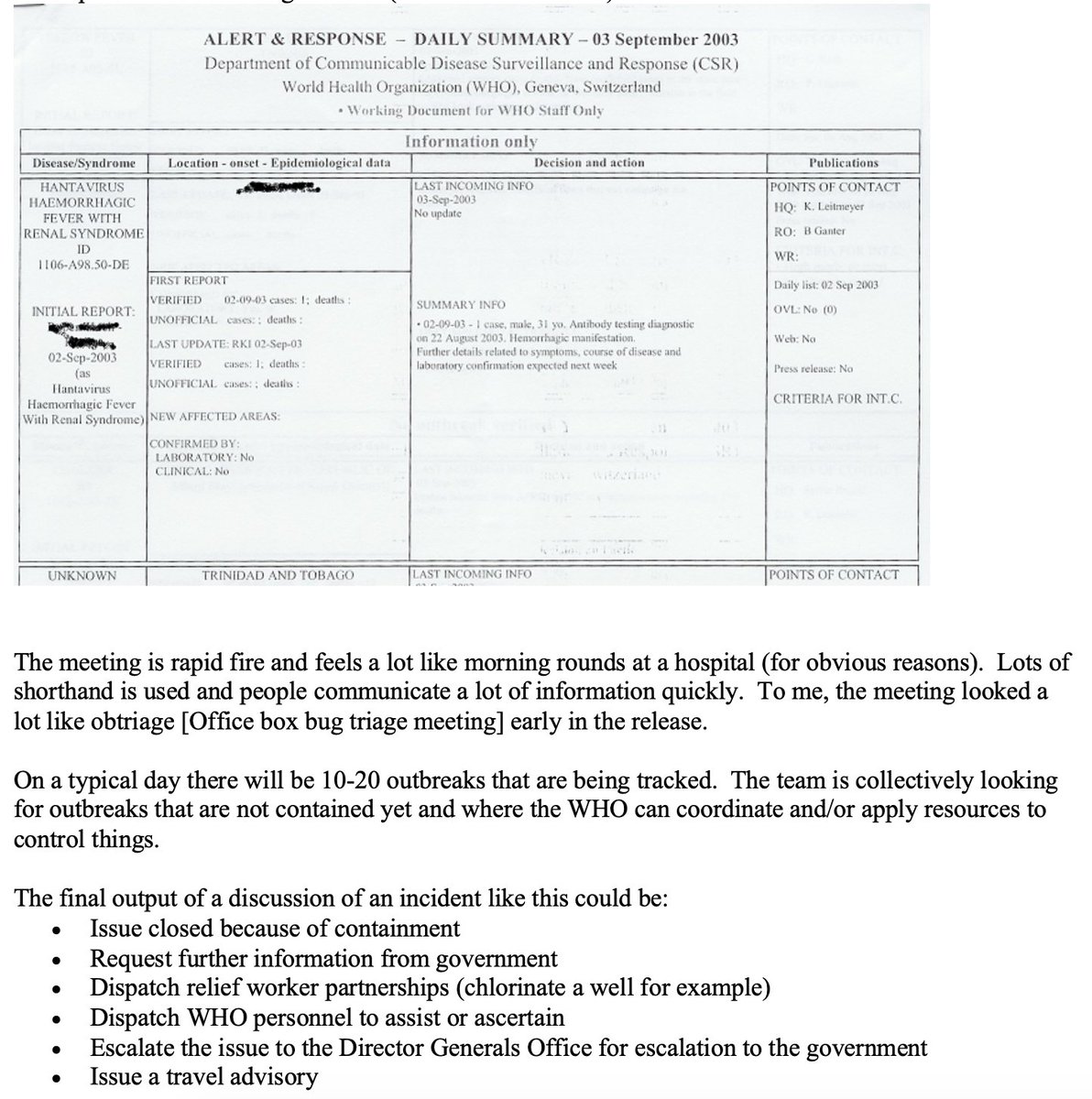 9/ Yes, a paper form that no doubt is very different today but the spirit is almost certainly the same.

Why? Because WHO is a treaty organization with a constitution. Unlike a company, the rules are the rules and can't be changed without a process.  https://www.who.int/governance/eb/who_constitution_en.pdf … 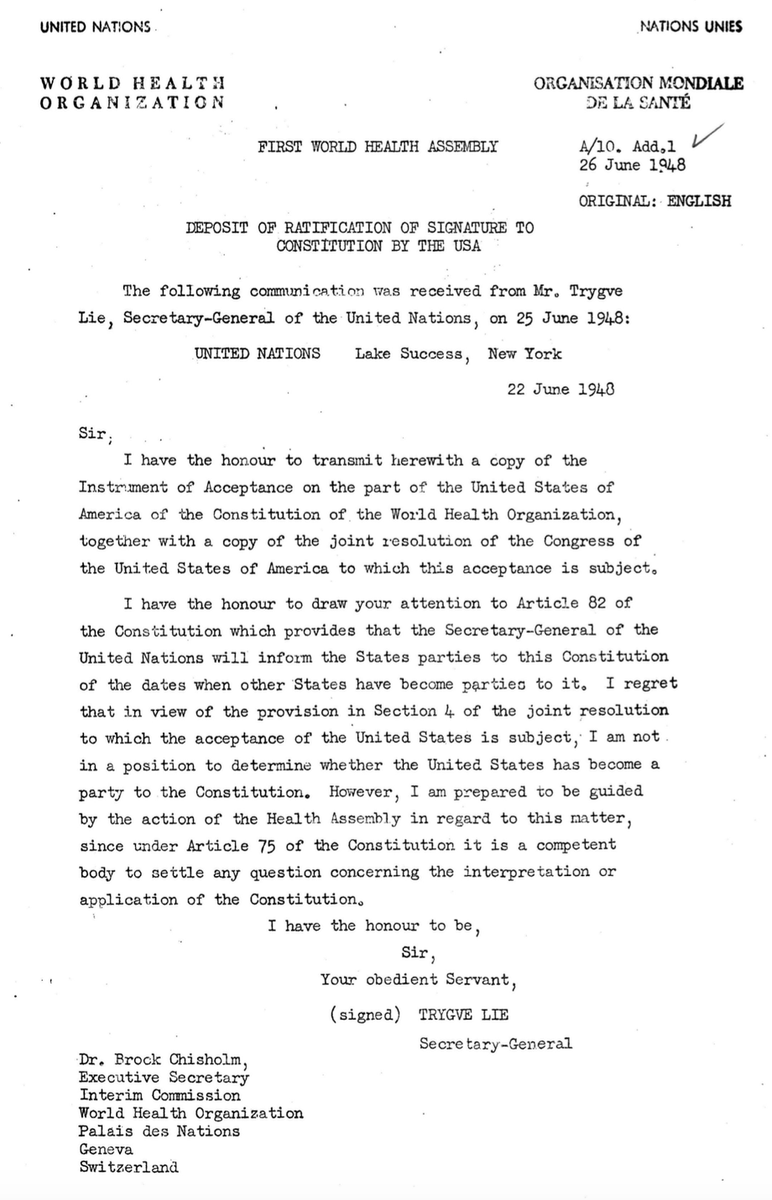 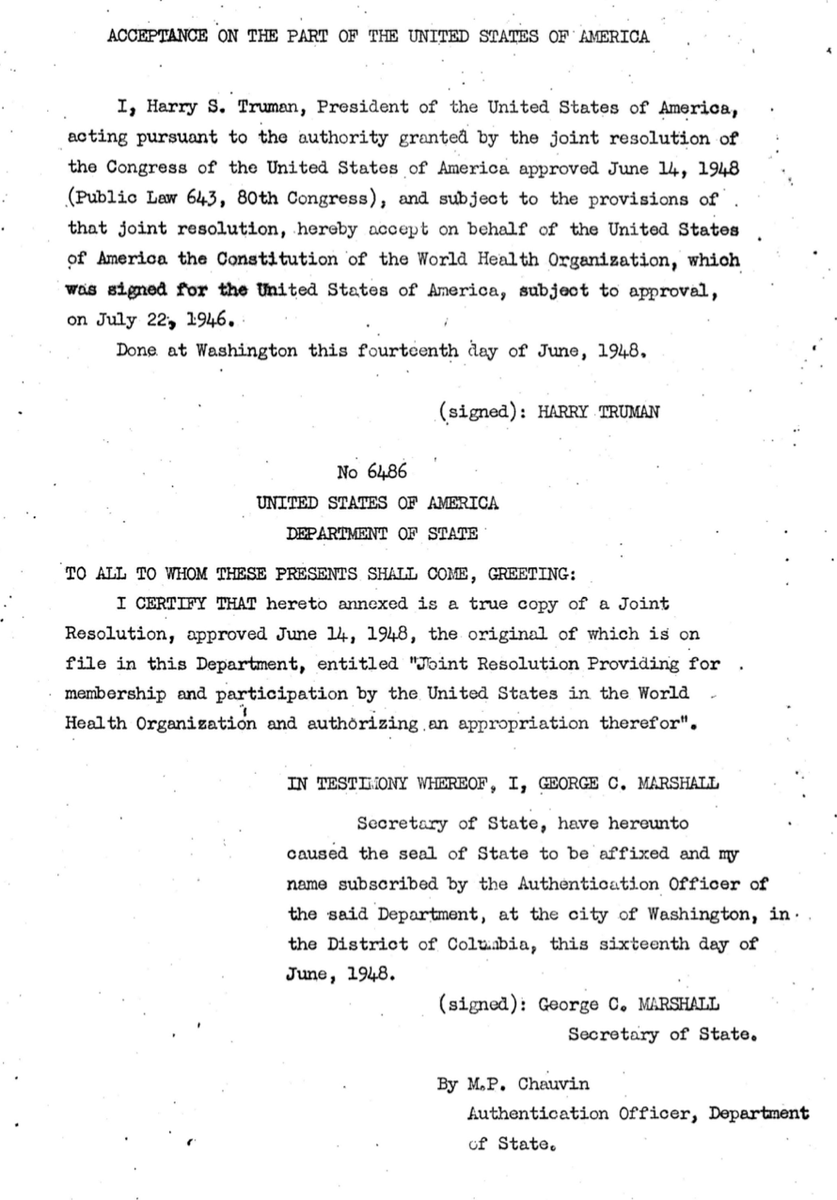 10/ This is really important to understand. The constitution describes how WHO handles important things (either directly or it establishes governance rules).

That's when EMS got interesting. It seemed "formal" and "slow" to me even 20 years ago. Then the context became clear.

11/ The context struck me as so critical that I added it to the report I wrote. Importantly "WHO does not unilaterally issue any advisories or public communication unless the host government confirms information (and hence the major problems in China with SARS)." Sound familiar?

12/ This really stuck with me. When living in China (just after this) it was easy see others perspectives.

Sovereignty is a key concept in international issues. No country likes to be told what to do. It works in every direction and why treaty organizations are critical.

13/ No system is perfect. But few organizations are staffed with people as qualified, sincere, and dedicated to the work at hand than WHO. They are well-aware of the context and appreciate the unique role (WHO Genf as well as regional).

That's what I learned. eg I met Dave:

14/ Upon return, I recall talking to Bill about my trip. It was clear WHO was doing "G-d's work" (he said) and at same time was under pressure from all directions no matter what they did. Too much/little a reaction. Too chatty/not chatty, etc.

So that's some WHO background.//

PS/ While typing this, CNN did a segment with the former UN Ambassador who led creation of a global coalition to fight Ebola. (highlighting mine) 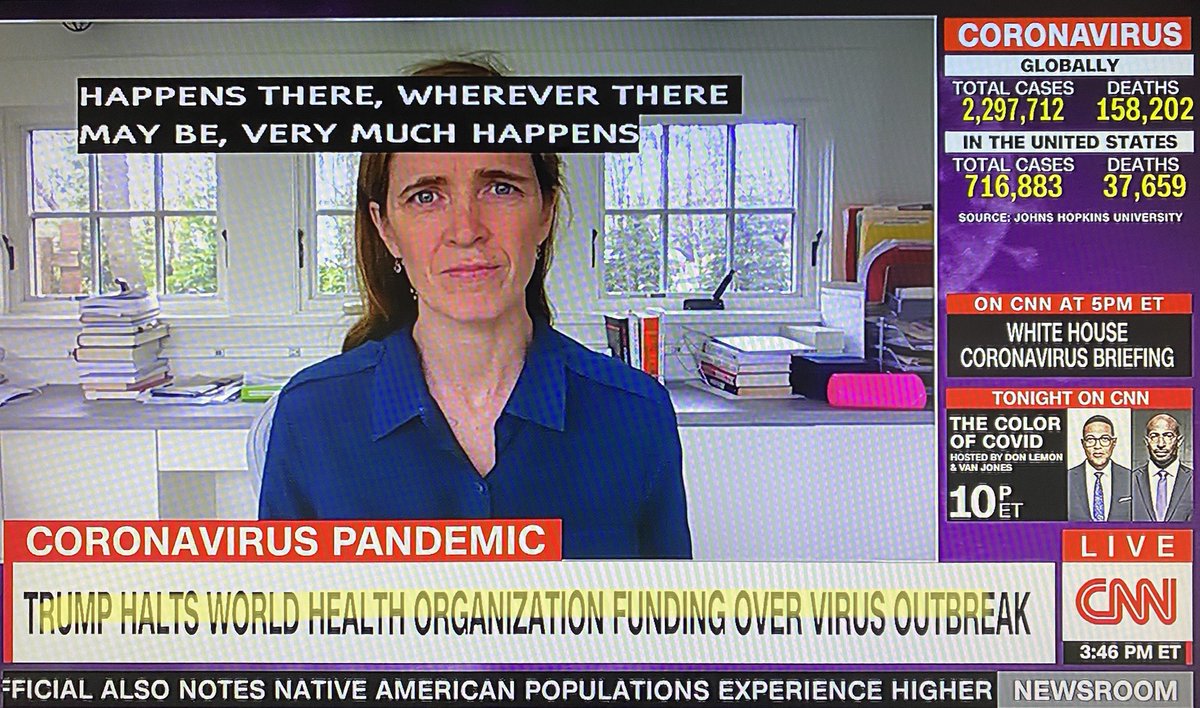 PPS/ In this thread @JeremyKonyndyk provides all the details of the WHO constitution, rules, treaty if you're interested.